The house appeared before the renovation, especially in the entrance, dark and gloomy. The lighting design was essential.

The house appeared before the renovation, especially in the entrance, dark and gloomy. The lighting design, the use of LED floor technology (in the early years 2009-2010) was a real need and request of the client (a real estate company that would then sell the property). … the power of light to give shape to spaces, to divide them, to unite them following a narrative thread.

A thread of light on the floor leads from the entrance of this house, located in the Roman quadrilateral of Turin, to the courtly part where the main functions reside. A grazing light that separates the spaces but unites them virtually to create a single narrative thread.

The line of light draws a mezzanine on two levels in polycarbonate with Honeycomb structure, which delimits above an open space in which the sleeping area, the kitchen and the bathroom are located. In the entrance of the house, a barrel vaulted passage, architectural sign reminiscent of the catacombs, hypogeal burial grounds for Christian martyrs, is enriched with signs of an ancient language, arabesques, evocative lyrical traces that profane the white walls.
From the entrance of the very low house you enter through a narrow corridor to the living area, kitchen and bedroom.
The floors have been treated differently depending on their wear and tear
Portions of floor at the entrance in terracotta tiles have been cleverly restored, while other parts have been covered with a layer of resin.
Even the furniture carefully chosen by the architect, from the beginning of the 1900s, has given the house a special atmosphere.
The mezzanine is the true originality of the house, built with an iron structure, but its deck is entirely in alveolar plexiglass, translucent and non-slip.
An old fireplace, found in the living room wall, has been framed like a painting. 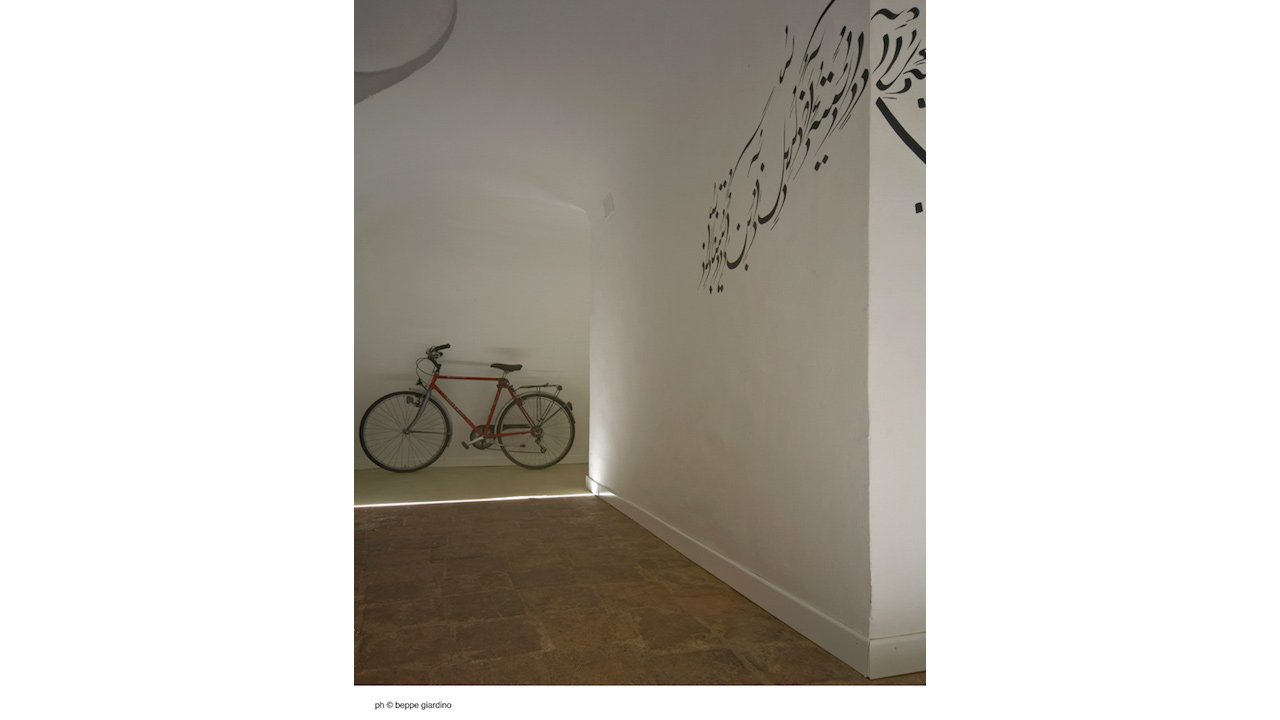 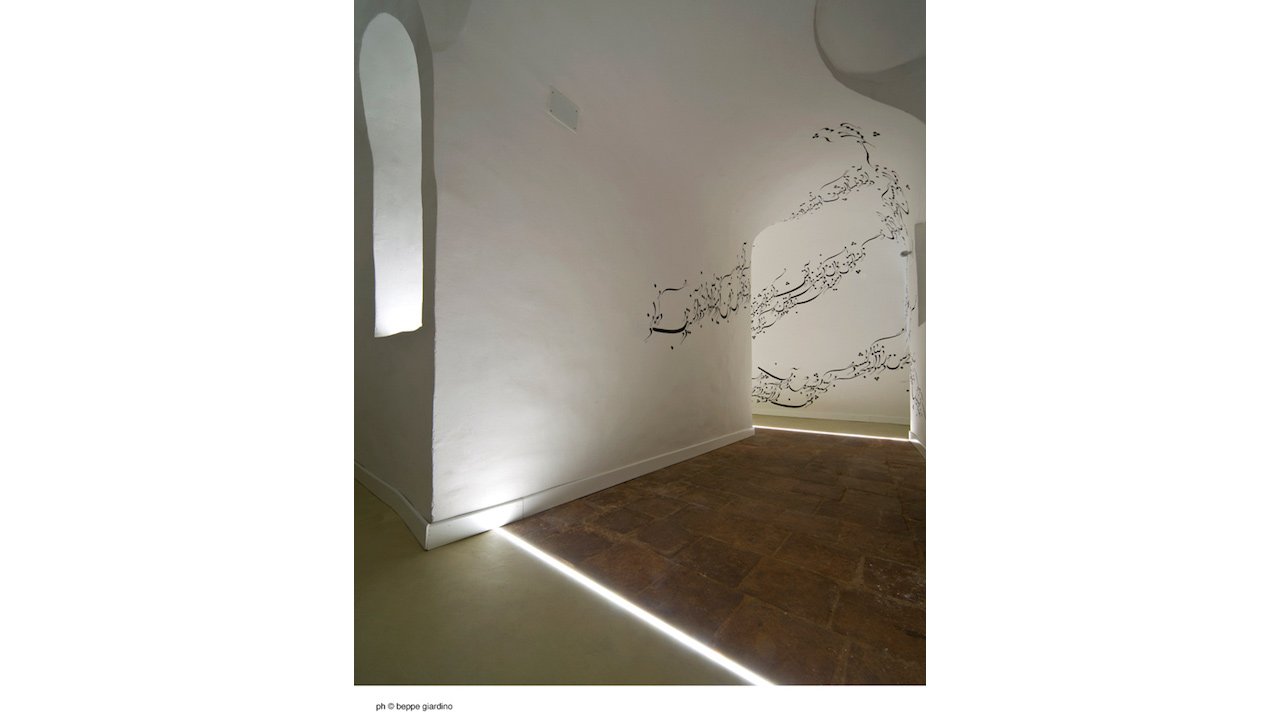 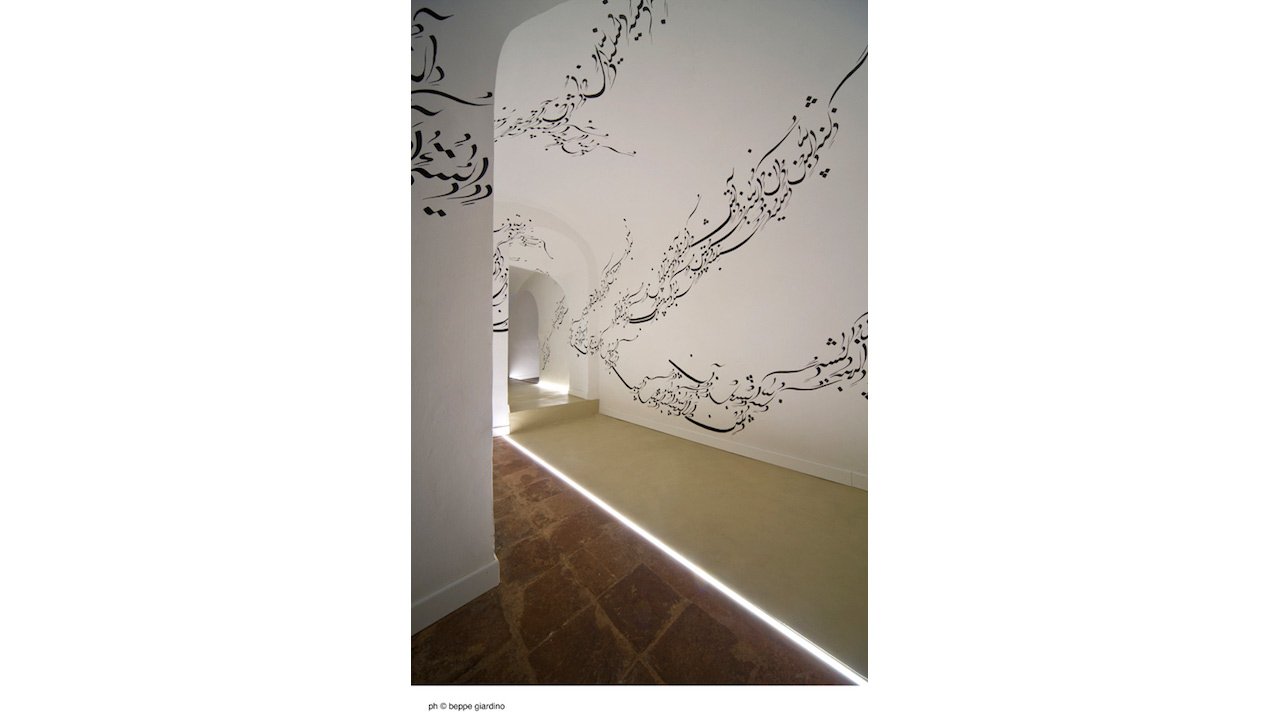 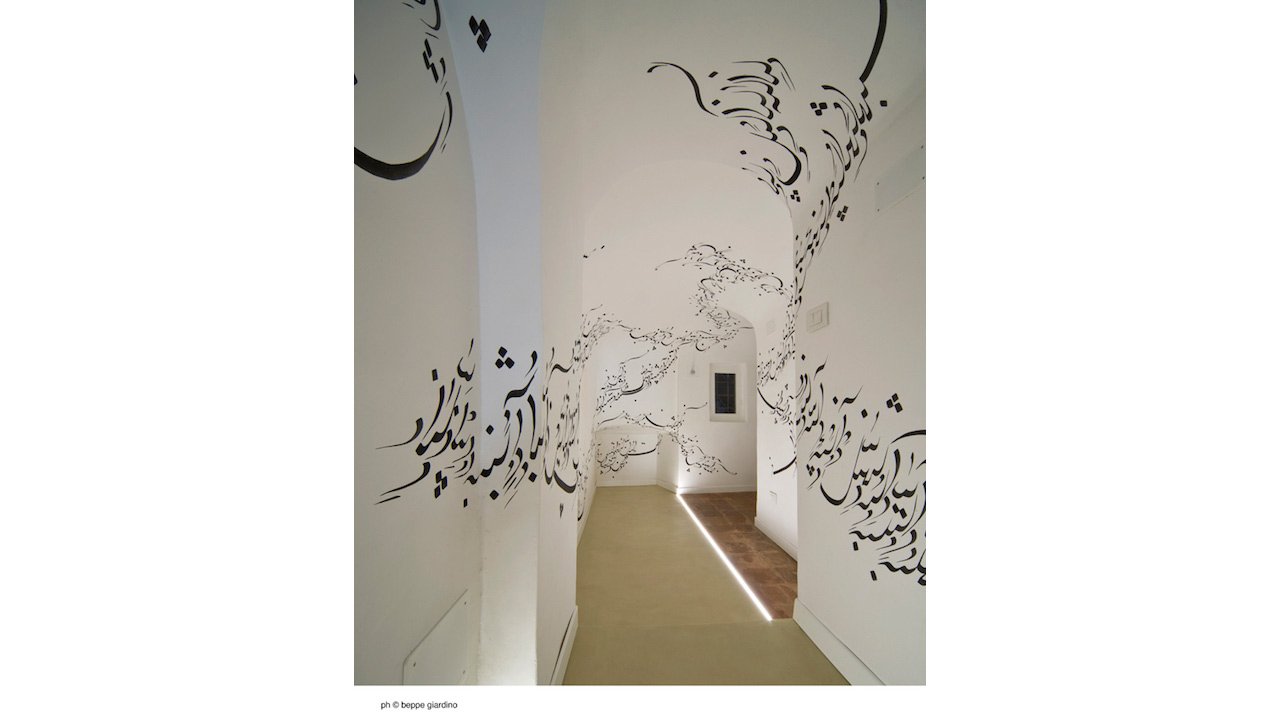 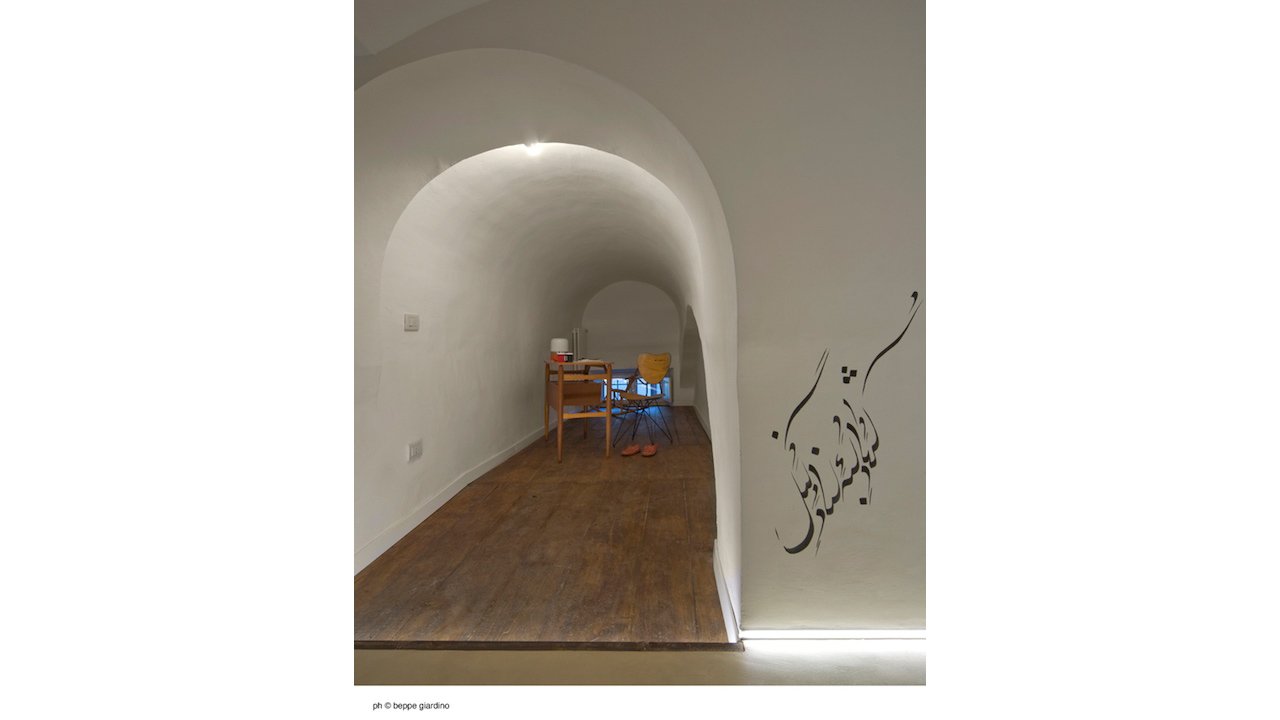 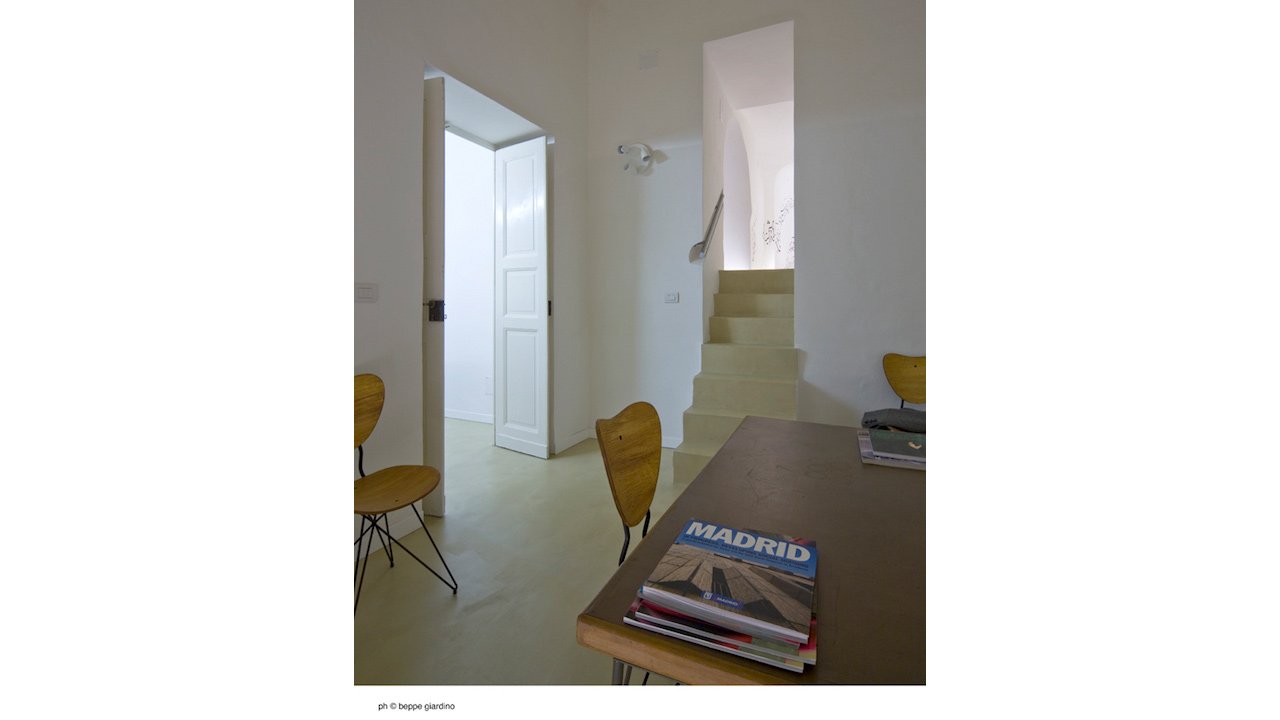 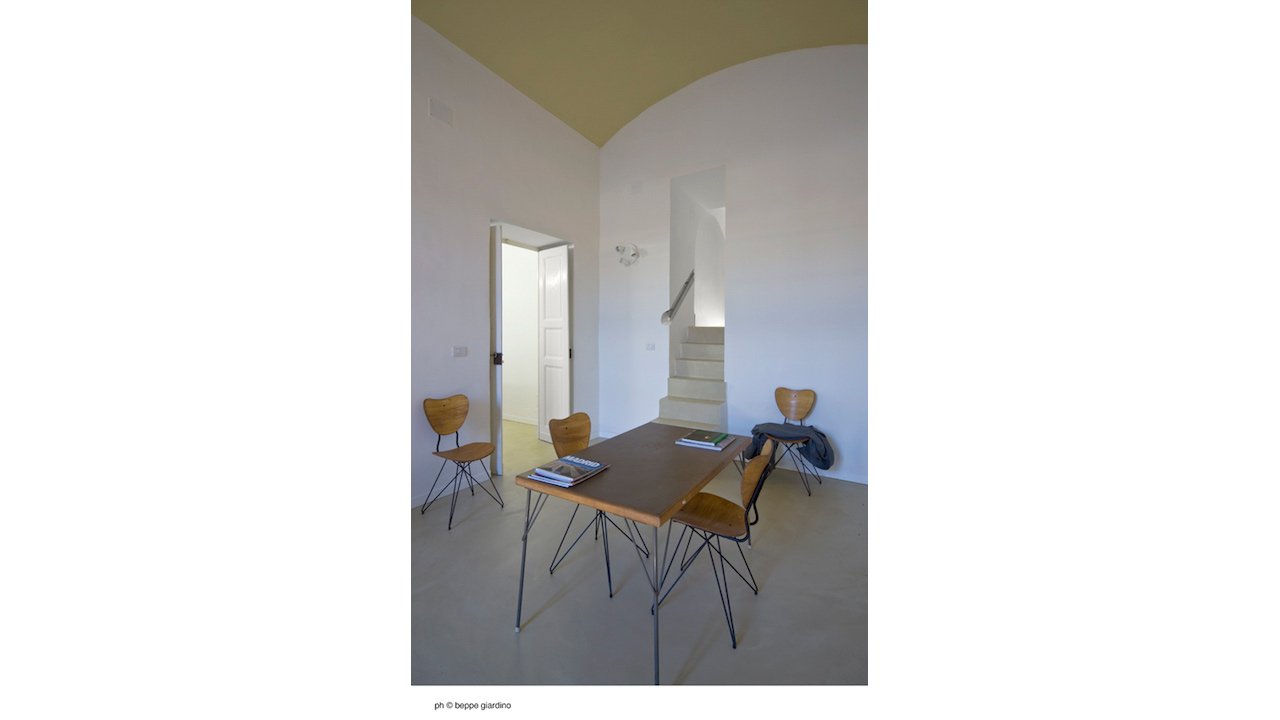 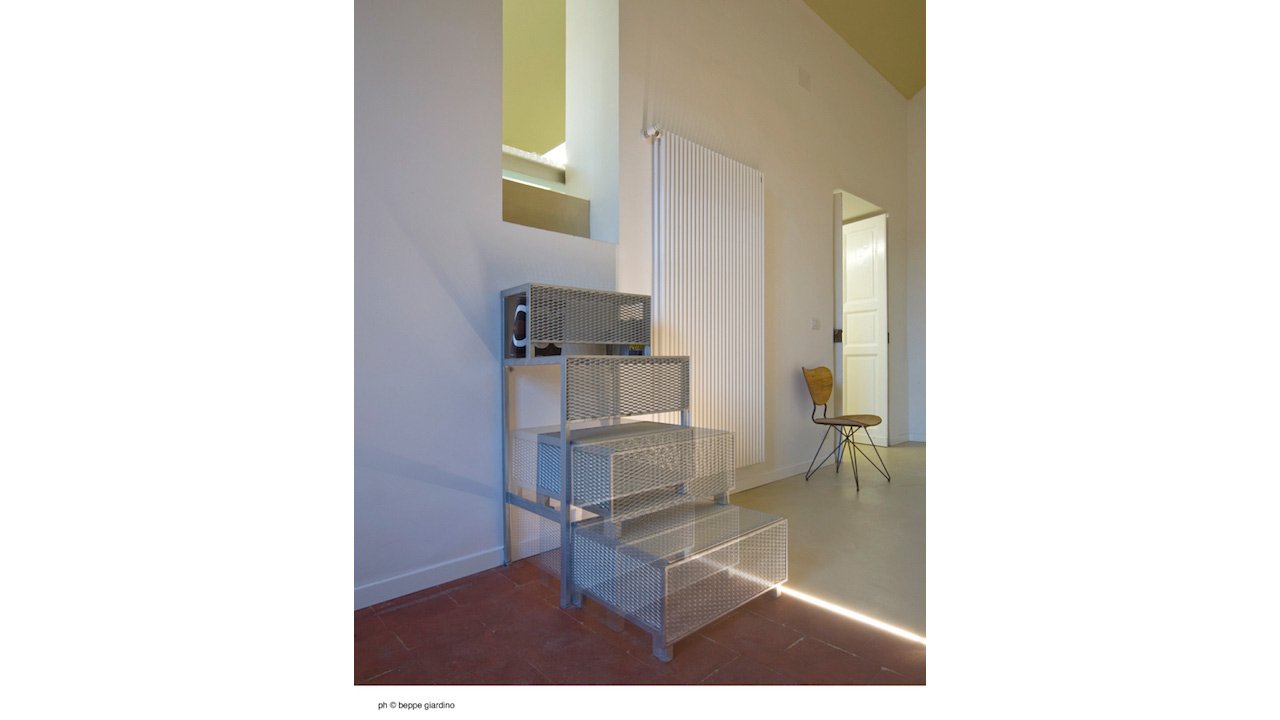 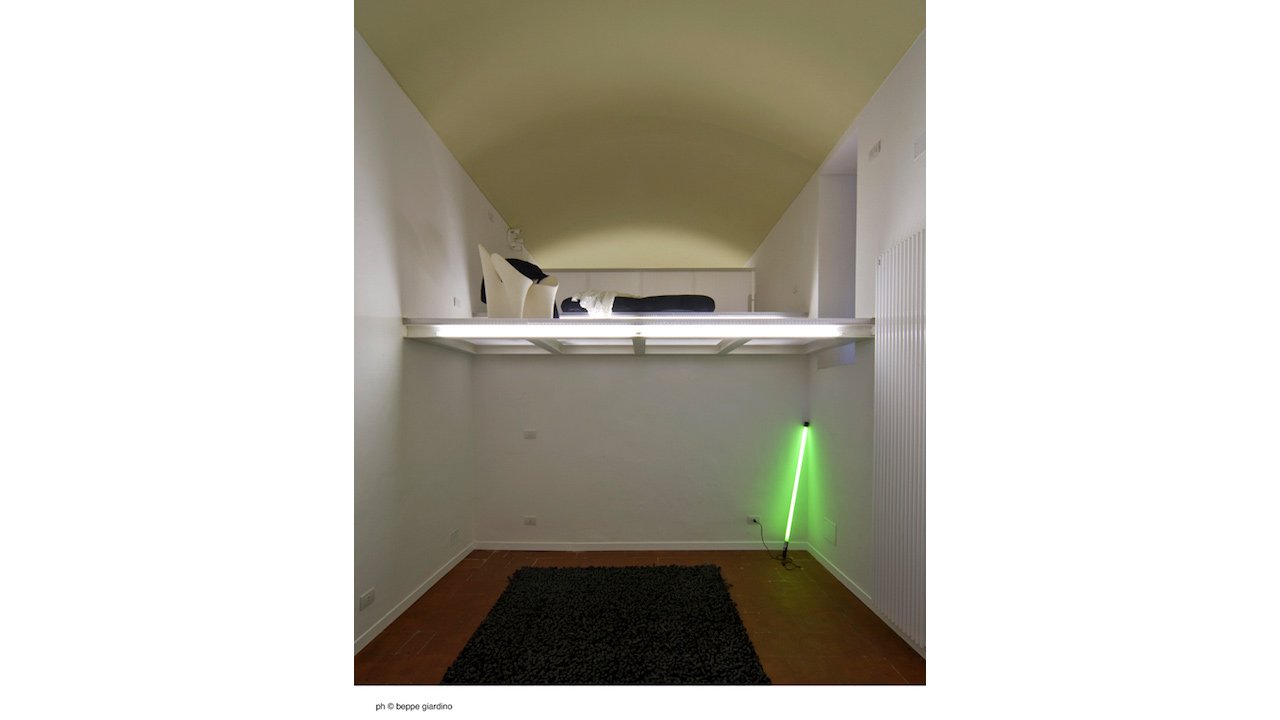 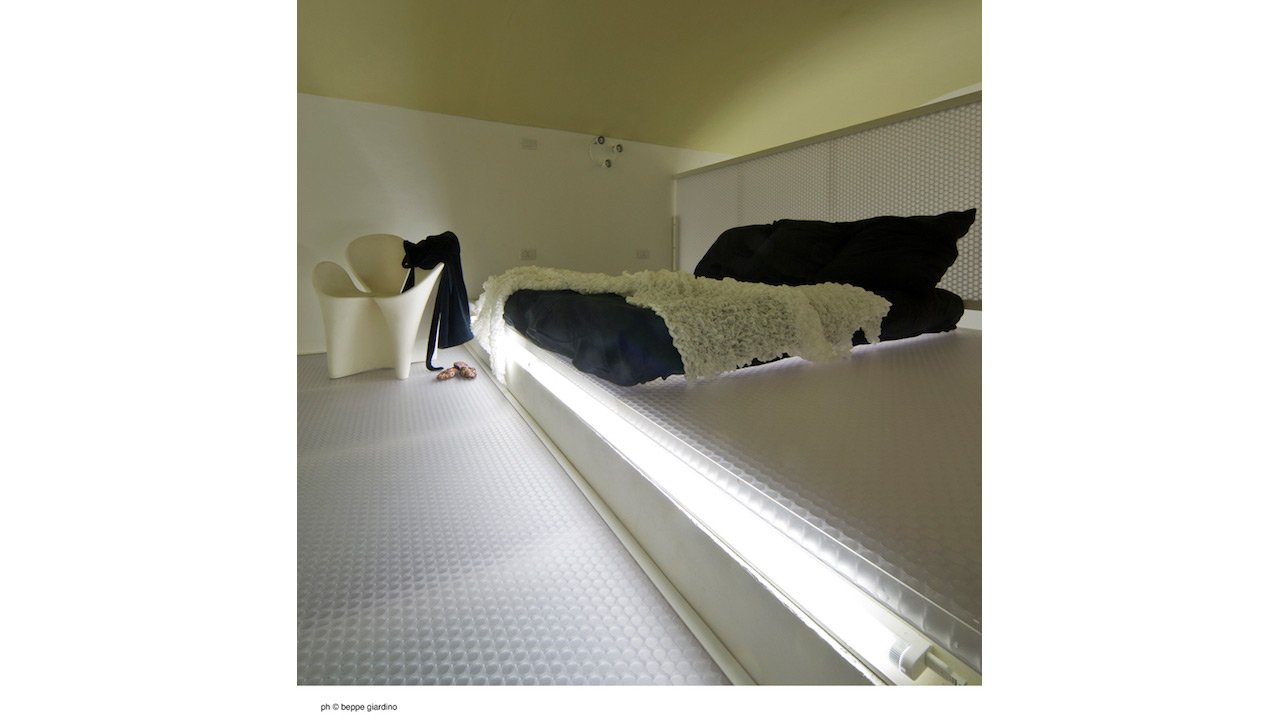 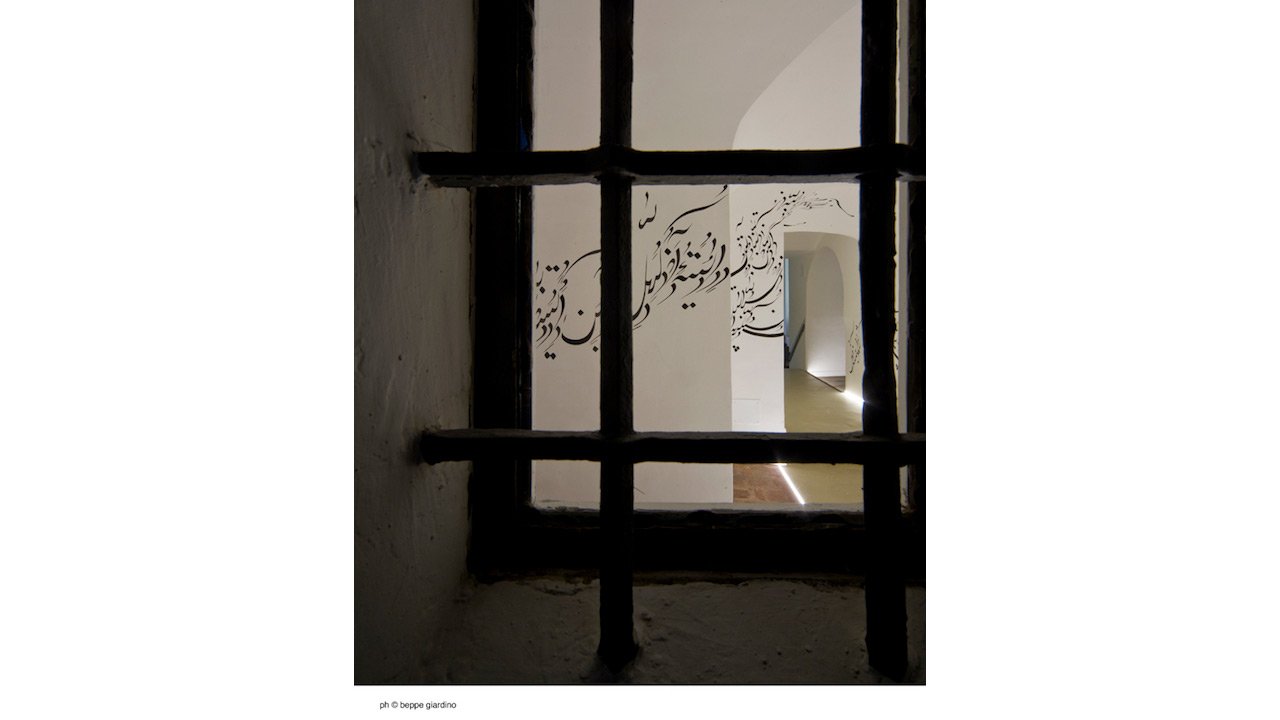 Francesco Massarini
Francesco Massarini was born in Turin in 1967. He’s graduated in Architecture in 1994. The activity has always been developed in the field of residential construction, hospital building, interior architecture, new construction and building renovation with roles of Designer, Director of Works, Safety Manager D.Lgs 81/08. Over the years, the Massarini studio has held both public and private positions. Among the main public clients are the ASLTO3, the Agenzia del Demanio, the S.Giovanni Battista Hospital (Molinette), now A.O.U. City of Health and Science of Turin, the City of Rivoli, the City of Moncalieri. The activity is carried out through the execution of preliminary, definitive and executive planning, the drafting of building practices, the Works Management, the management of the building site, the coordination of the various specialized professional figures operating within the building site itself, the safety management. Over the years, the studio has received some important awards in the field of interior architecture. 2011, SPECIAL MENTION renovation of the TORINO historic center apartment; PREMIO CONCORSO RIABITA 2011 – RIMA Editrice – Milano; 2018, an interior renovation project in Turin receives recognition in the digital magazine Archilovers - Best Project 2018 - international; Currently, my firm is also taking care of the recovery of a historic building, located in the municipality of Pavarolo,(Turin) for residential use (2018-2019); DESIGN PROJECT 2017: The Wine shape; Learning center – Moncalieri 2017