The tower is of medieval origin. After the top of the tower collapsed, the structure was strengthened and partially rebuilt. The new part wa

BATTIGIO TOWER (XII-XV century) it is situated in the ancient rout between the Milan Dukedom and Switzerland, it was a watchtower, and garrison place. Collapsed before of 1820, deprived of the last floor and of the roof, images of the tower before the downfall don’t exist. The masonries have been consolidated using traditional techniques to base of hydraulic mortar, stone of recovery, and metal bars. The 4° floor has been completely reinvented using a modern architectural language, employing materials and techniques both traditional and contemporary. Some characteristic elements, as for instance the roof, has been reinterpreted in contemporary key. To the edge beam of the 4° floor a structure in steel is suspended and sustains the floorboards and the staircases. A bright channel, from the skylight of the roof to the ground floor crosses the inserts in the wooden-steel floors made of wooden steel. It created a game of lights and views among the various levels. It hosts various art-exhibitions and cultural events.
Credits: project leader and building site supervision: Gianni Bretto project team: Maurizio Bracco, Marilena De Biase, with Francesco Bellezza, Andrea Fre, Manuele e Daniele Tini, Piero Revellino safety: Marilena De Biase structural engineering: Gianni Bretto electrical engineering: Maurizio Tabachi responsible for the procedure and supervisor: Alberto Rabaglietti ( Municipality of Vanzone –S. Carlo) graphic design: Roberto Rolando general contractor: Cogeis Spa steel stuctures: Echgeotech crystal-steel windows : P.Revellino & A. Avena wooden floorboards: Dinetti Bois masonries : Silvio e Stefano Tabachi wooden-stone roof: Ediltetti (Luca Vanoli) Timing: 2001-2003 project 2003-2006 building 2007 opening 2010-2001 : exhibit design (project and execution) realization of the exhibit design: carpentry enterprise Umberto Altana buyer: Vanzone con San Carlo Municipality Project co-funded by the European Union with the Docup 2000/06 program, Province of Verbano Cusio Ossola, Area Integrated Plan (P.I.A.) 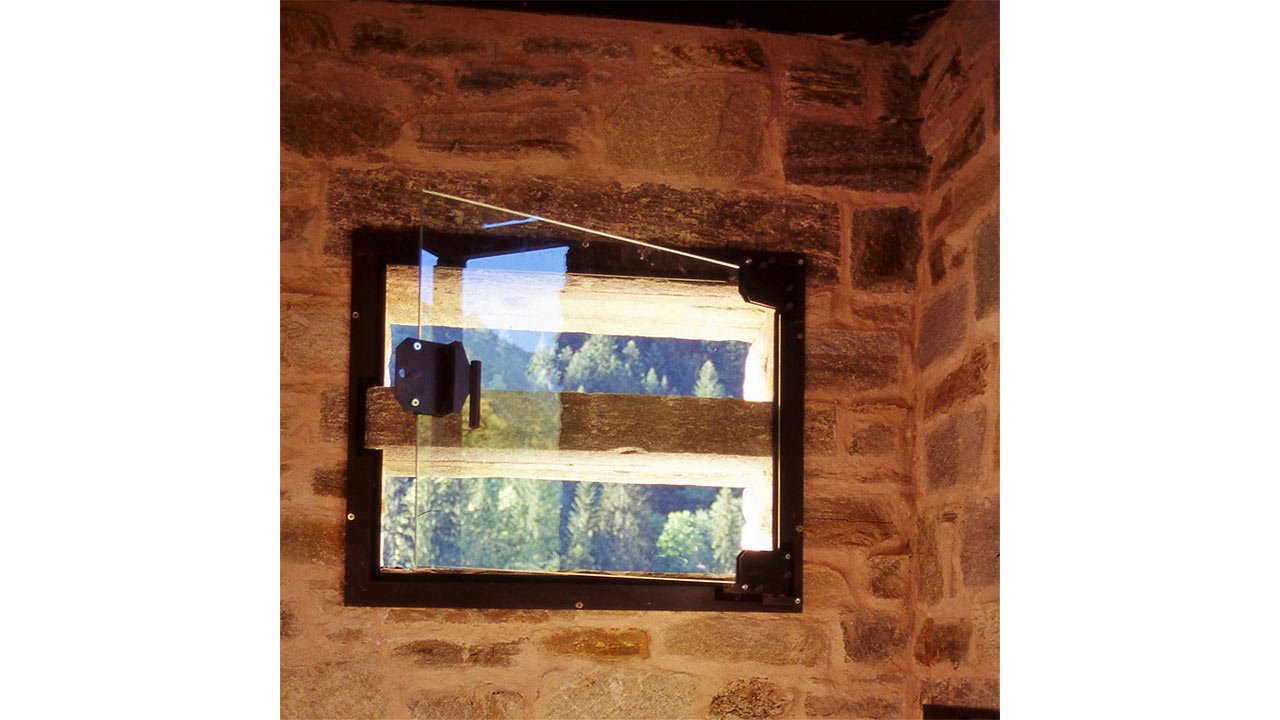 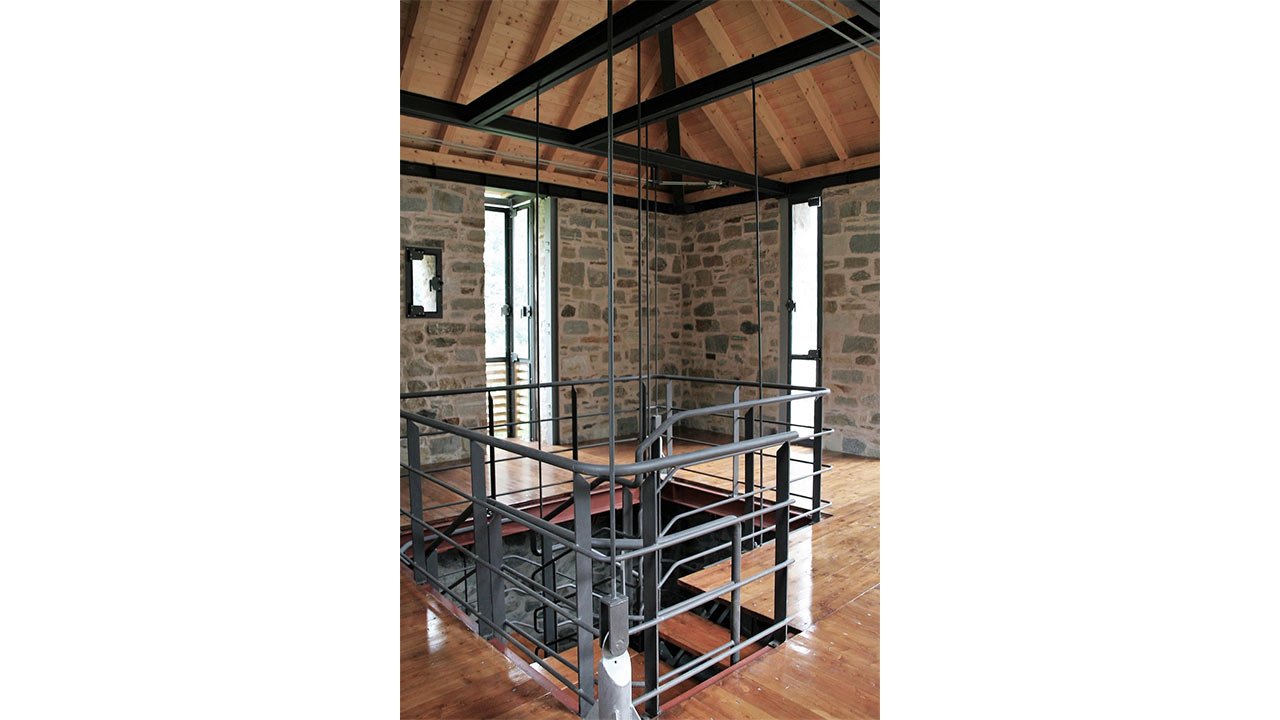 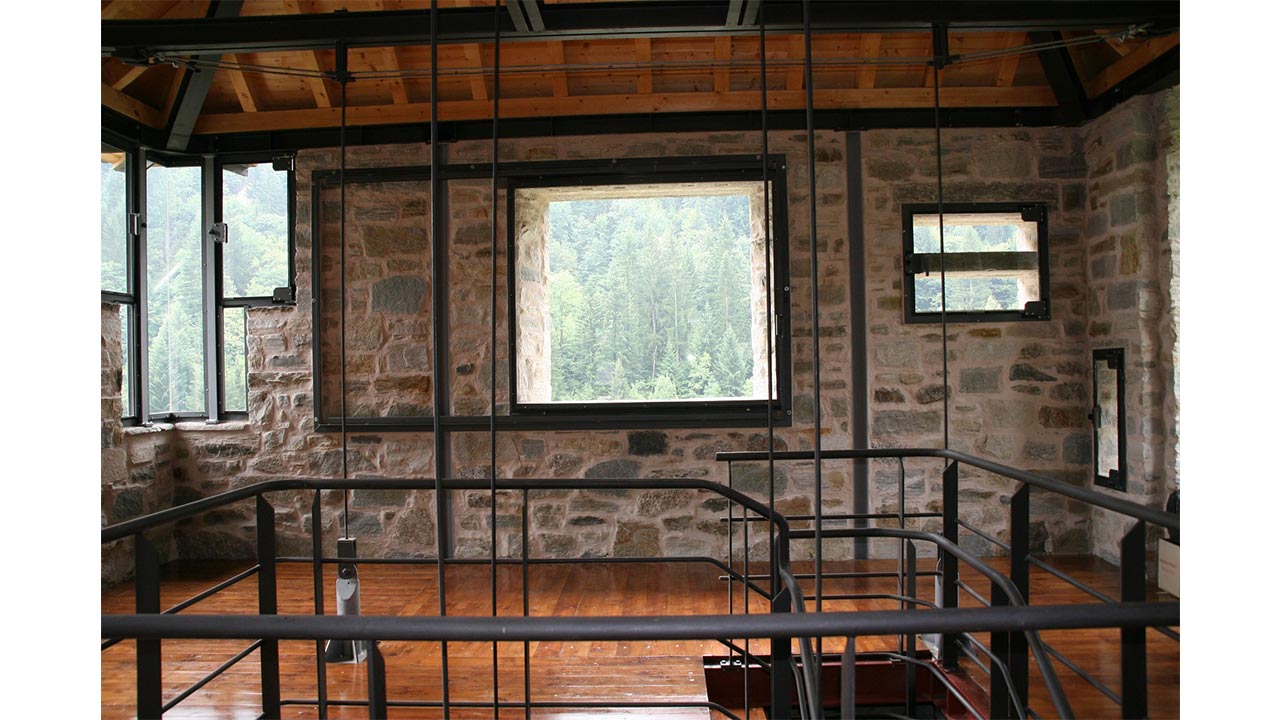 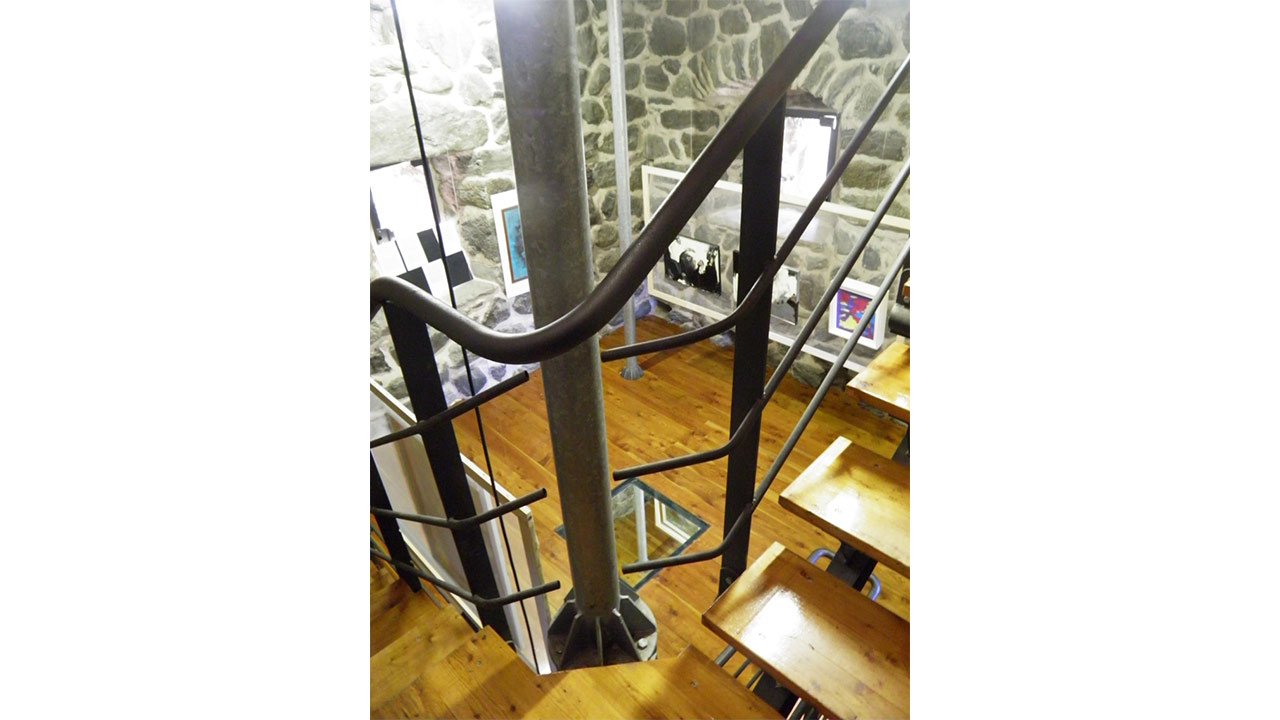 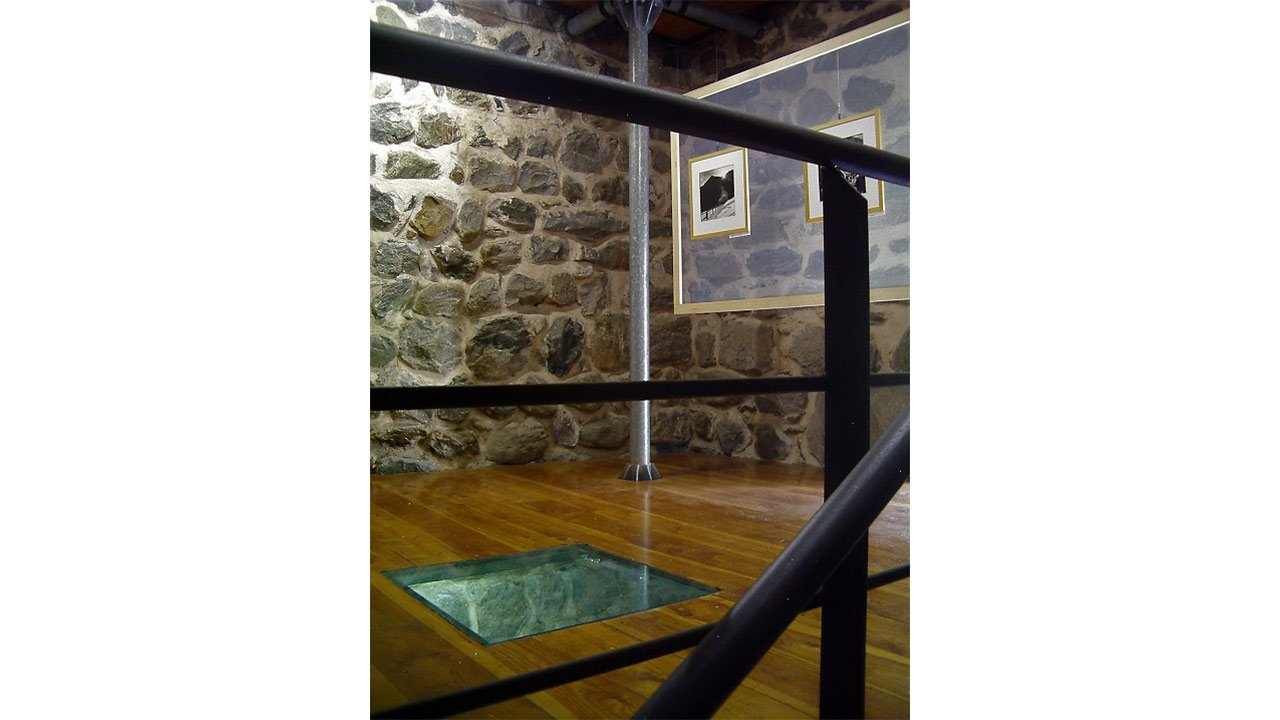 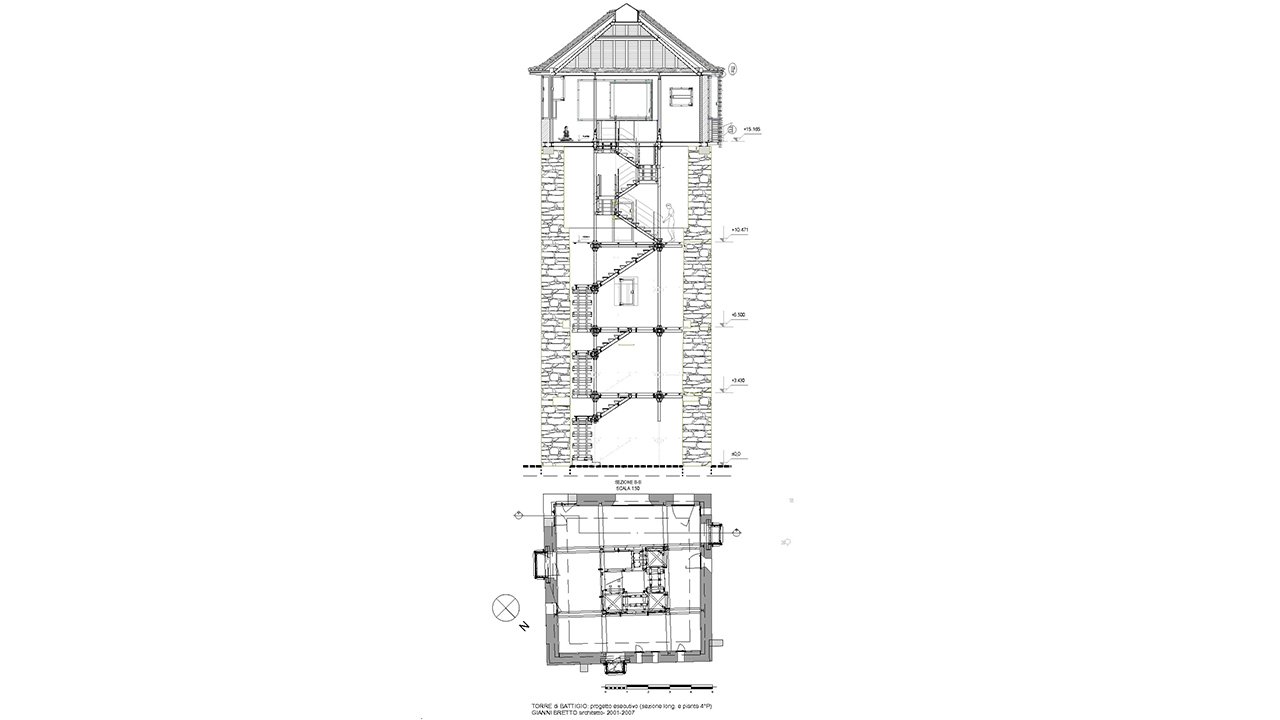 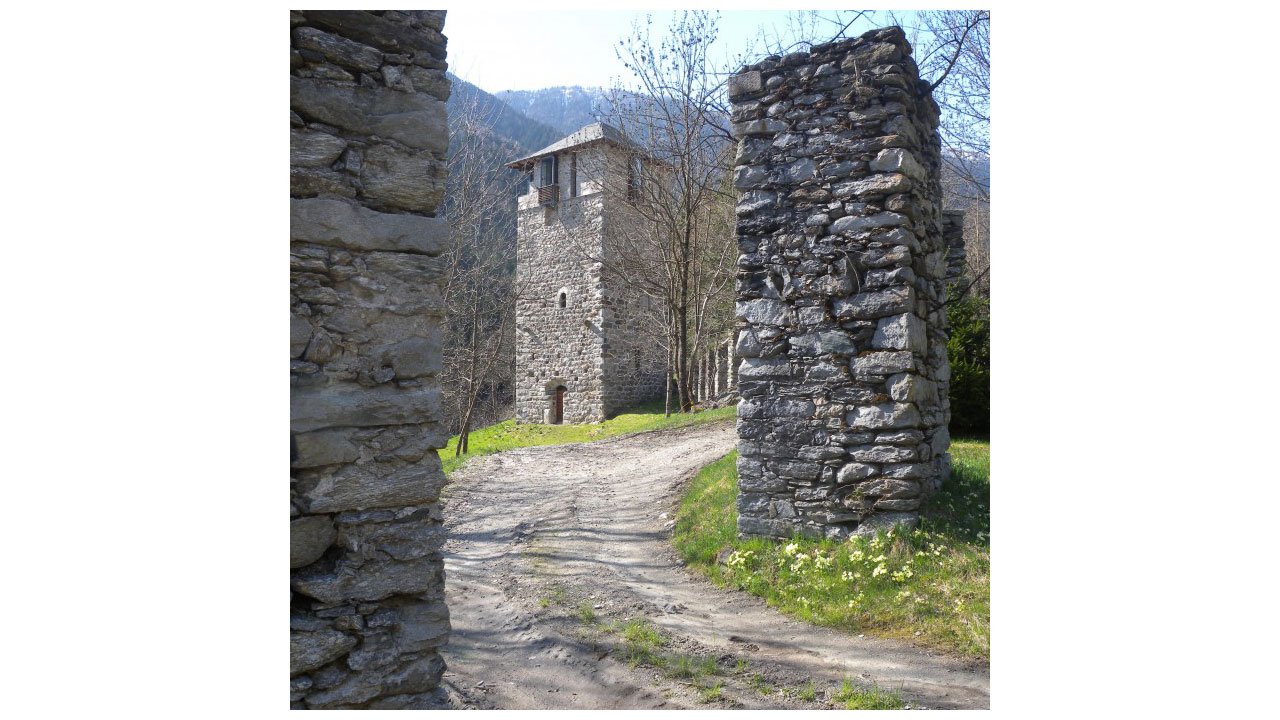 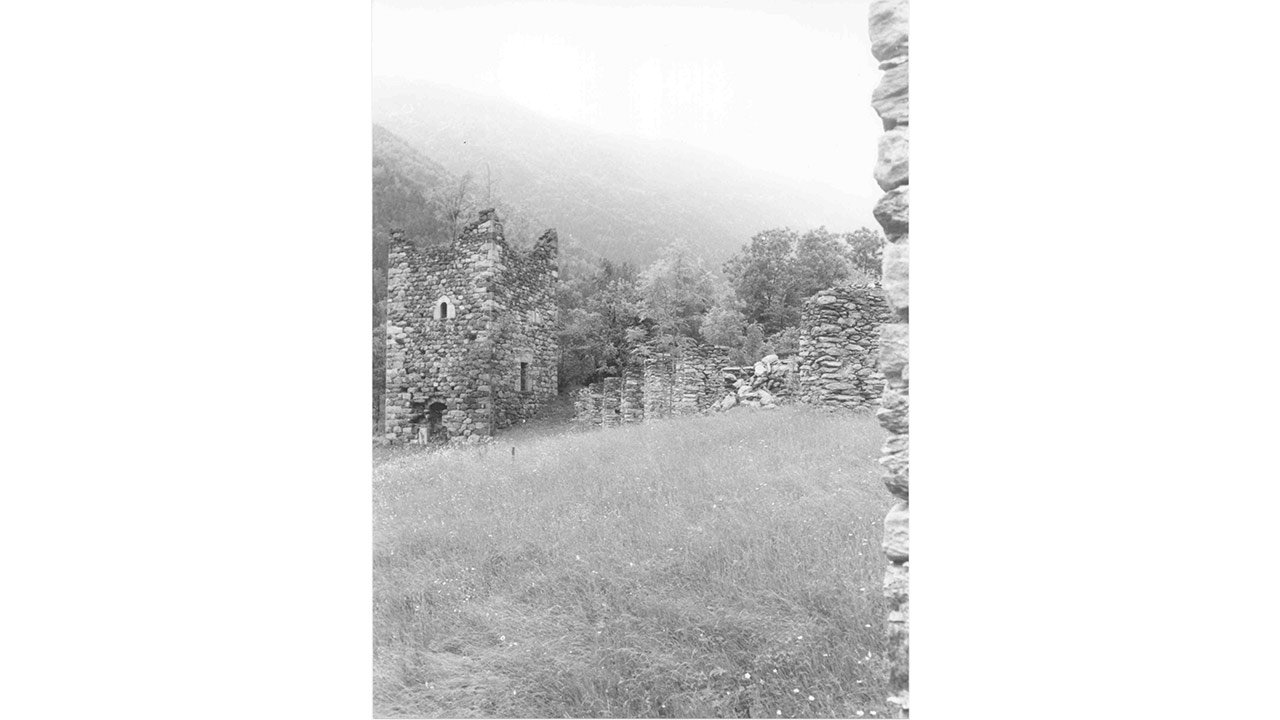 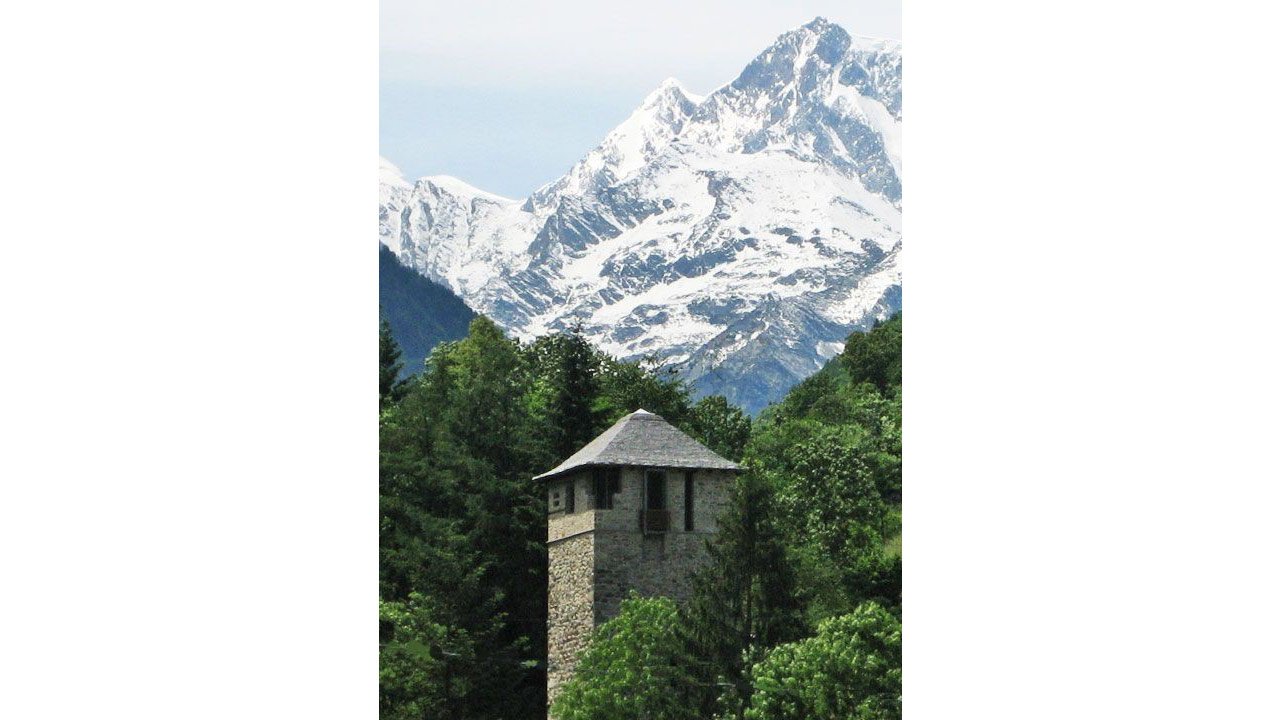 Studio di Architettura Gianni Bretto
Gianni Bretto (Chivasso, To, 1962),  graduated in Architecture at the Polytechnic of Turin (A.A. 1988/89). Holder of a post-graduate scholarship abroad (Law 30/11/1989 nr. 398) has completed the improvement in static consolidation and restoration at the Federal Polytechnic of Lausanne (CH) in the A.A. 1990/91. He was a consultant for consolidation and restoration, and a member of the Commission for Sacred Art and the Cultural Heritage Commission of the Diocesi of Ivrea (1995-2000). He has been associated with AR.PA.G.E. (Architecture, Paysage and Génie de l'Envirronement), with whom he participated in the competition for the installation of the Rue de Flandre, Paris, 1992. He was part of the Technical-Scientific Committee of the Territorial Policies Department of the Province of Verbano Cusio Ossola on the occasion of the ALPSTONE project   Interreg it / ch 2006/2013. Founding member  for the S.P.S. (International scientific society for the study of dry stone constructions)  1997. He has been speaker at numerous international congresses and author of scientific publications. He participated in the organization of the III ° convention of ITLA 2016, (International Terraced Landscape). The firm deals with architecture, engineering, urban planning, restoration, industrial and graphic design, both in the public and private sectors. Among other things, he achieved the recovery of the Tower of Battigio in Vanzone. (finalist for the 2012 Contemporary Architectural Linguistics Awards, and eu-Architectural Heritage AADIPA, 2017),  Chávez  Squarein Domodossola (with Lydia Re, finalist of the CCCB-Espacio Publico Award, 2016, and eu-Architectural Heritage AADIPA, 2017), housing, B &amp; B, and detailed urban plans. Recently he concluded the first batch of the  Lossetti Tower recovery at Beura Cardezza. and is preparing the executive project of Cà Vegia di Colloro, Premosello Chiovenda (Vb), 1st prize in the competition for invitations for the restoration and multimedia set-up, with GAROu, (2015-2019).
Previous Article
Via della Rocca
Next Article
Apartment in a late ‘800 historical building in the center of Turin

Apartment in a late ‘800 historical building in the center of Turin
Andrea Milano March 3, 2019