Project for the repurposing of a large historical building overlooking the Valentino Park.

The project carries out the restoration and repurposing of a large corner building of a city block overlooking the Valentino park. The object of the intervention, a typically ‘torinese’ L-shaped historical building, had been partially damaged – especially the interior courtyard facade and the roof – by IIWW bombings, and had been repurposed by architect Aimaro d’Isola in the 60’s. The main legacy of such work, a concrete roof beam running the whole length of the building block overlooking the park, has been integrated into the project as a visible interior element.
The intervention covers a total area of 7000 square meters; the program is for offices of various sizes to be located in the lower floors, and apartments in the fifth floor. The original street facades were refurbished and redecorated, while the interior facades, which had been rebuilt after the war, were insulated and rethought completely through a system of varied window frames that gives a carefully balanced and nuanced movement to the otherwise flat surface.
The interior courtyard is designed as a reinterpretation of the original 1843 project, with the employment of contemporary volumes that separate the parking area from the garden and that signal the original position of carriage buildings and other services.
The residential floor was the object of specific care, as it exploits the potential of the roof in designing specific solutions for each part of the building. In the block overlooking the park, the 1960’s roof was rethought as a volume that is detached from the historical façade through the employment of black glazed walls and windowframes. The resulting effect is that the intrados of the roof works as a hovering surface above a black stripe of solids and voids. Toward the courtyard, the typical sloped roof turns into a contemporary black volume that houses the upper floor of two duplex apartments. In the other block of the L-shaped building, the roof is treated as a mansard and valorized through a wooden structure that alternates solids and voids in close succession.
The project is carried out through a multi-scalar design that brings the same attention to detail at the scale of the building as well as at the scale of the interior, with the result of a cohesive whole throughout. 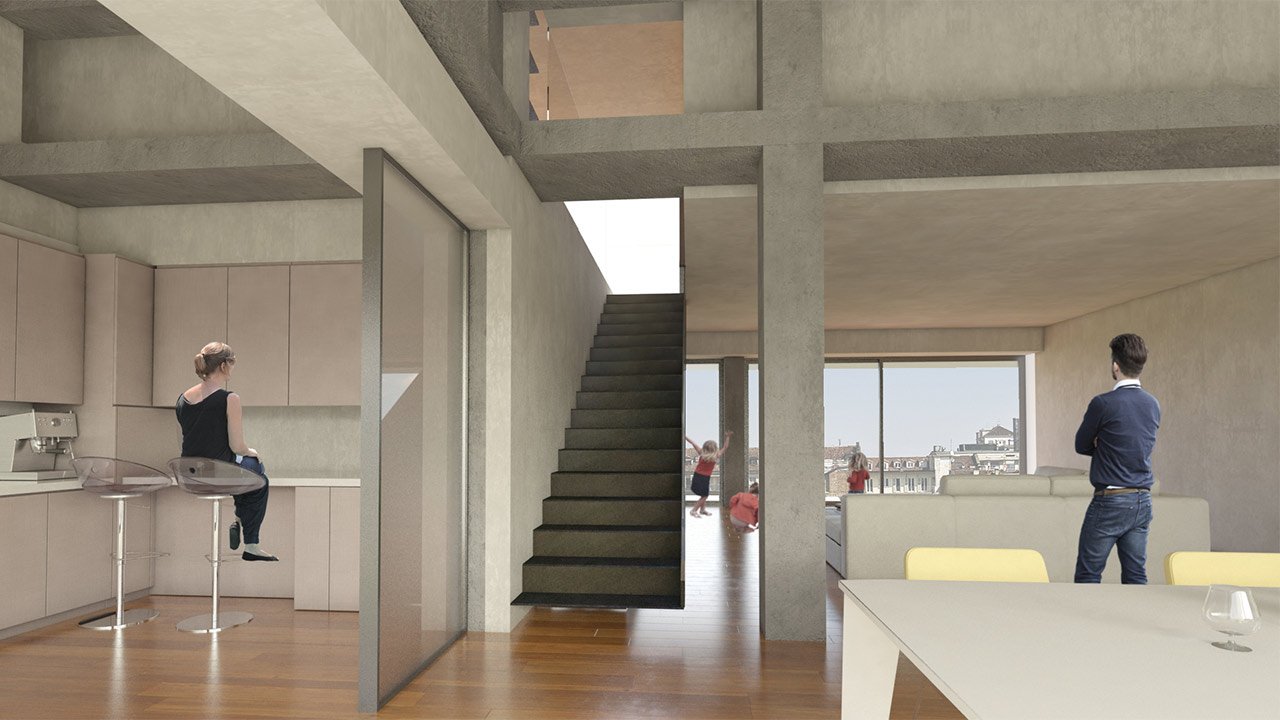 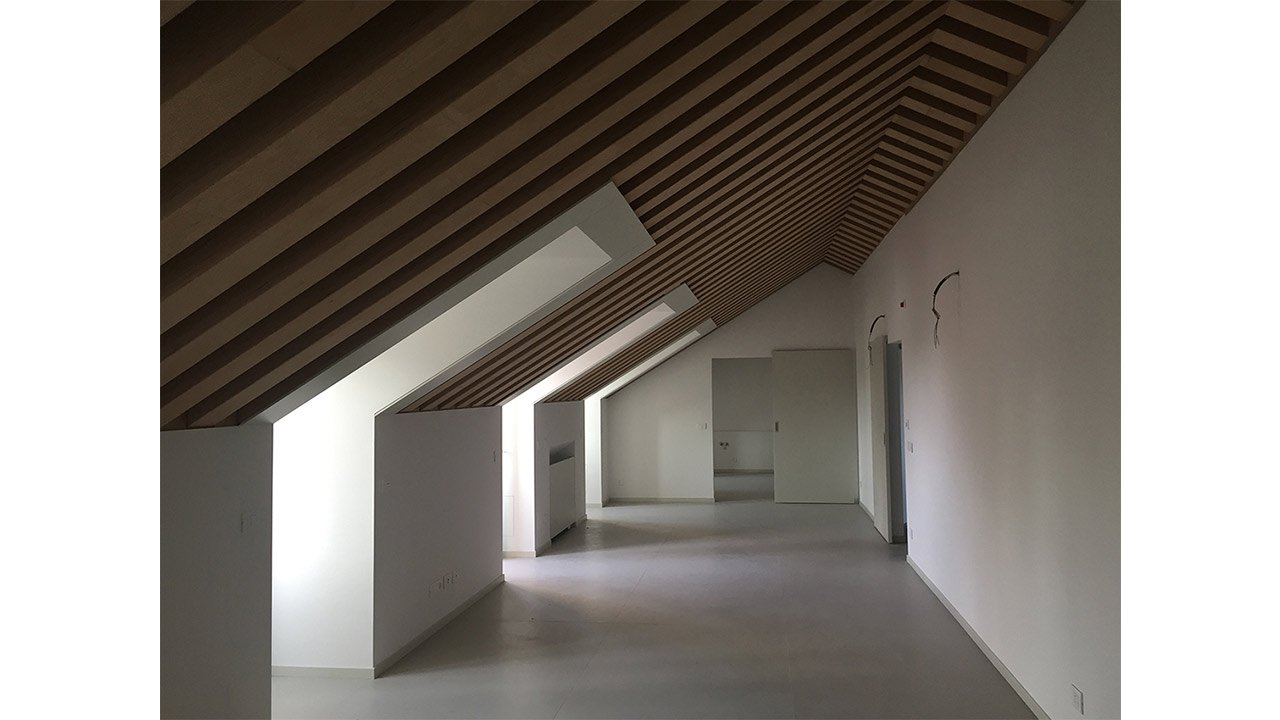 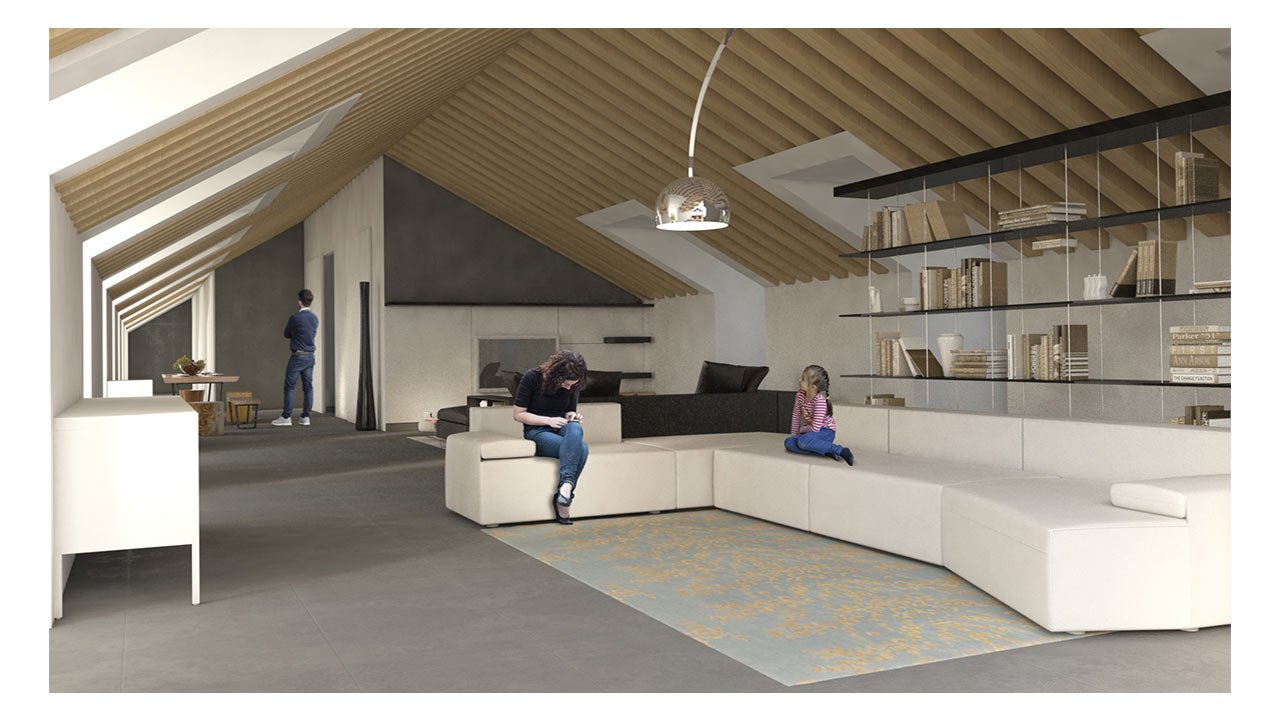 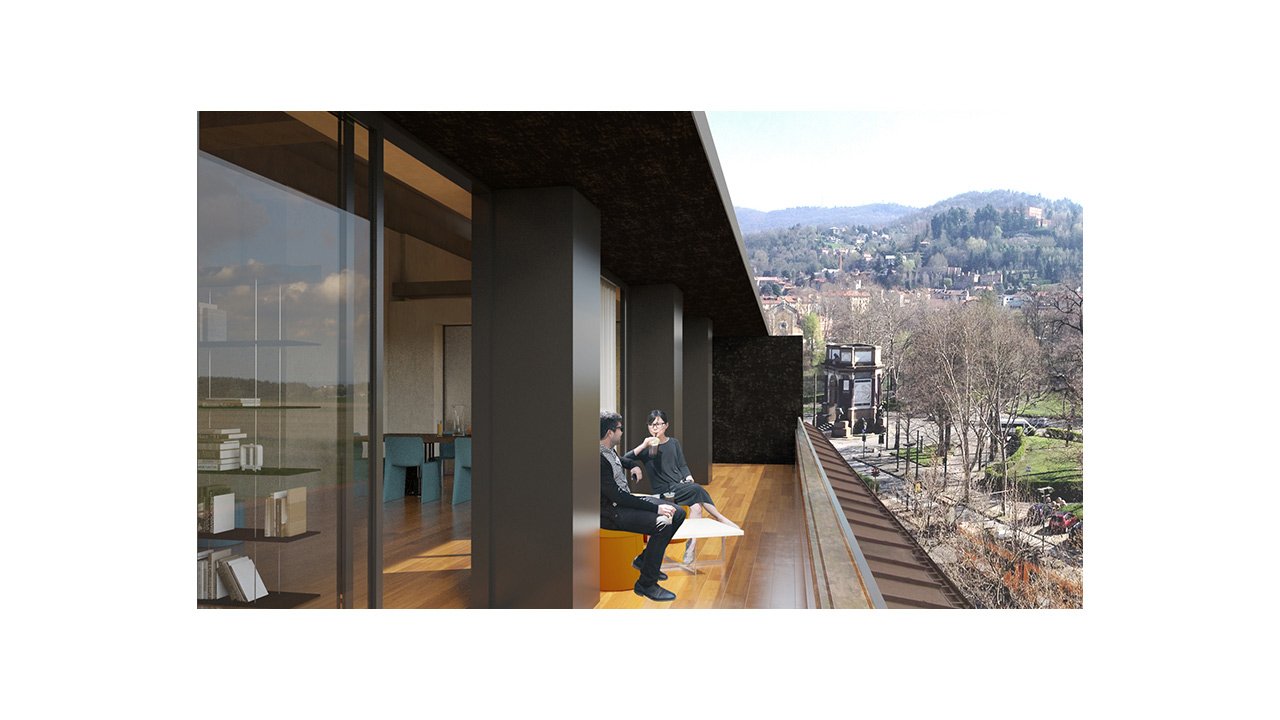 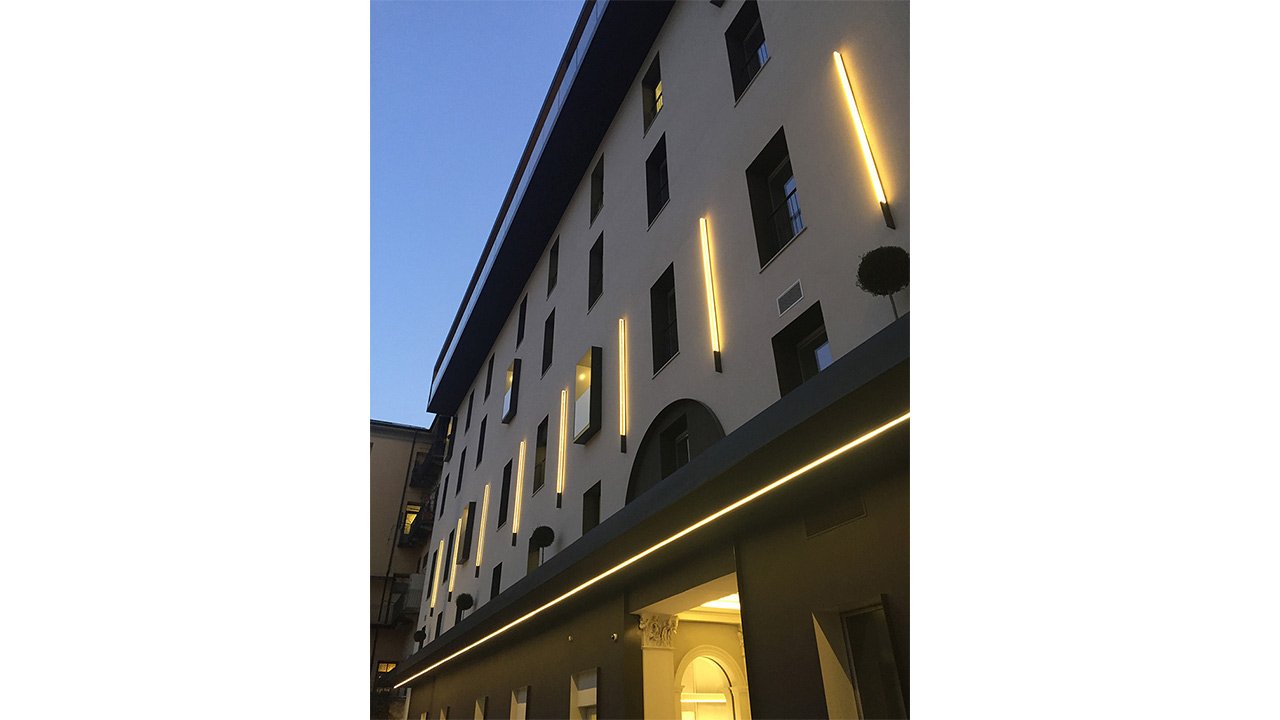 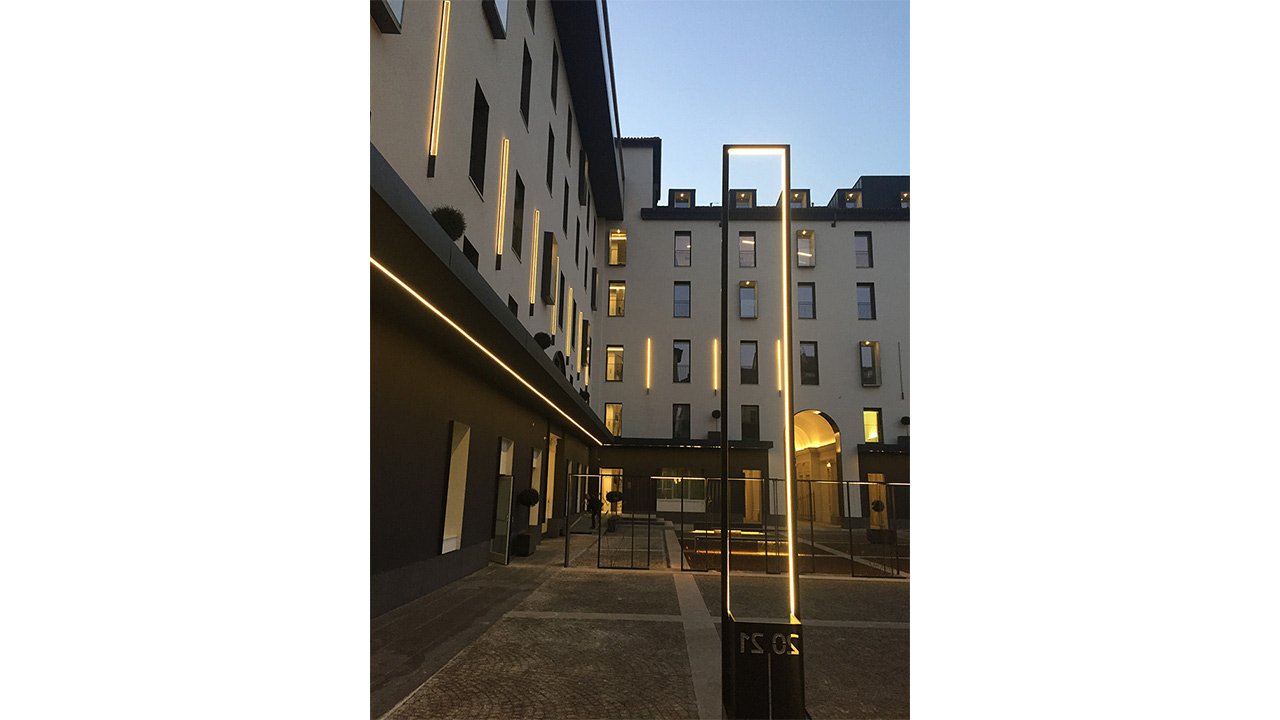 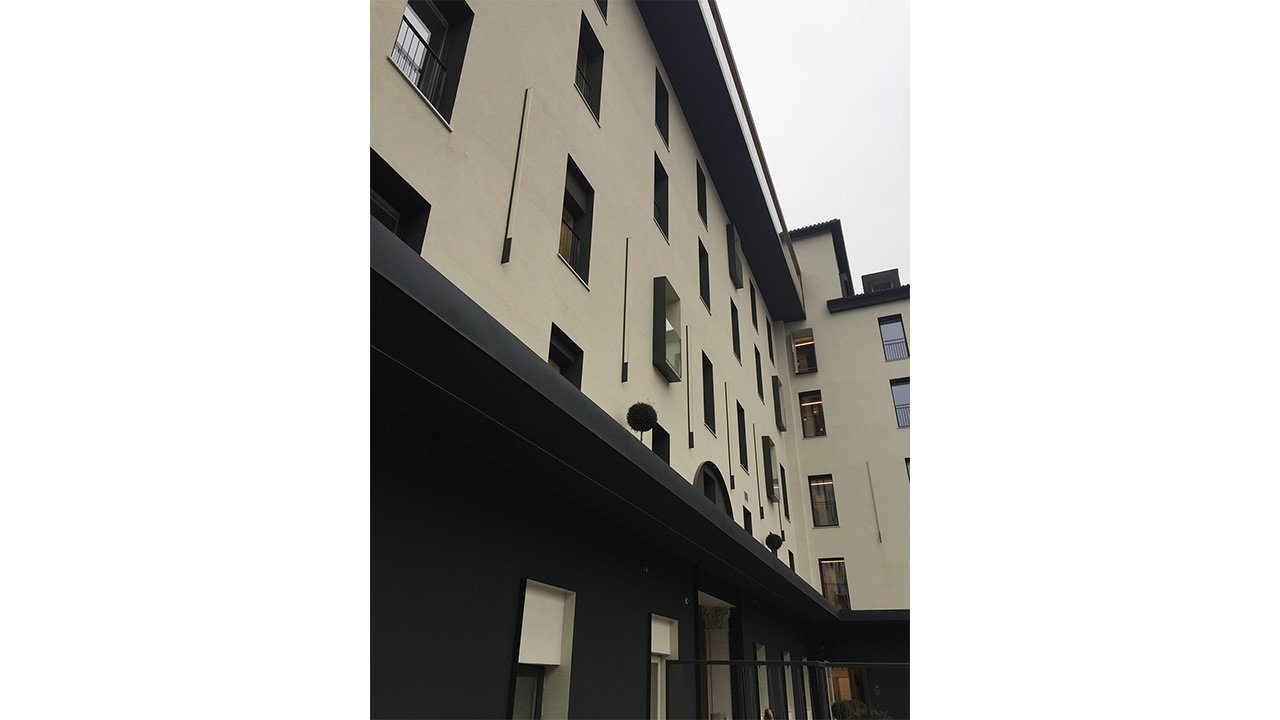 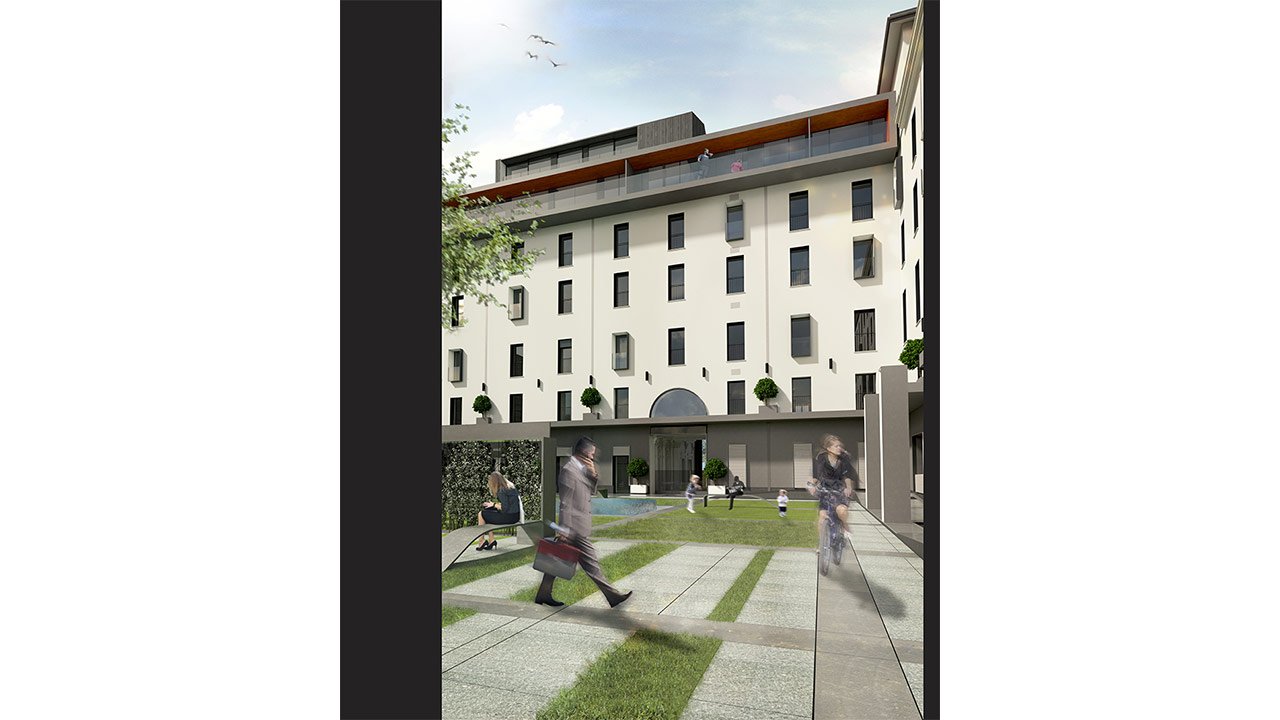 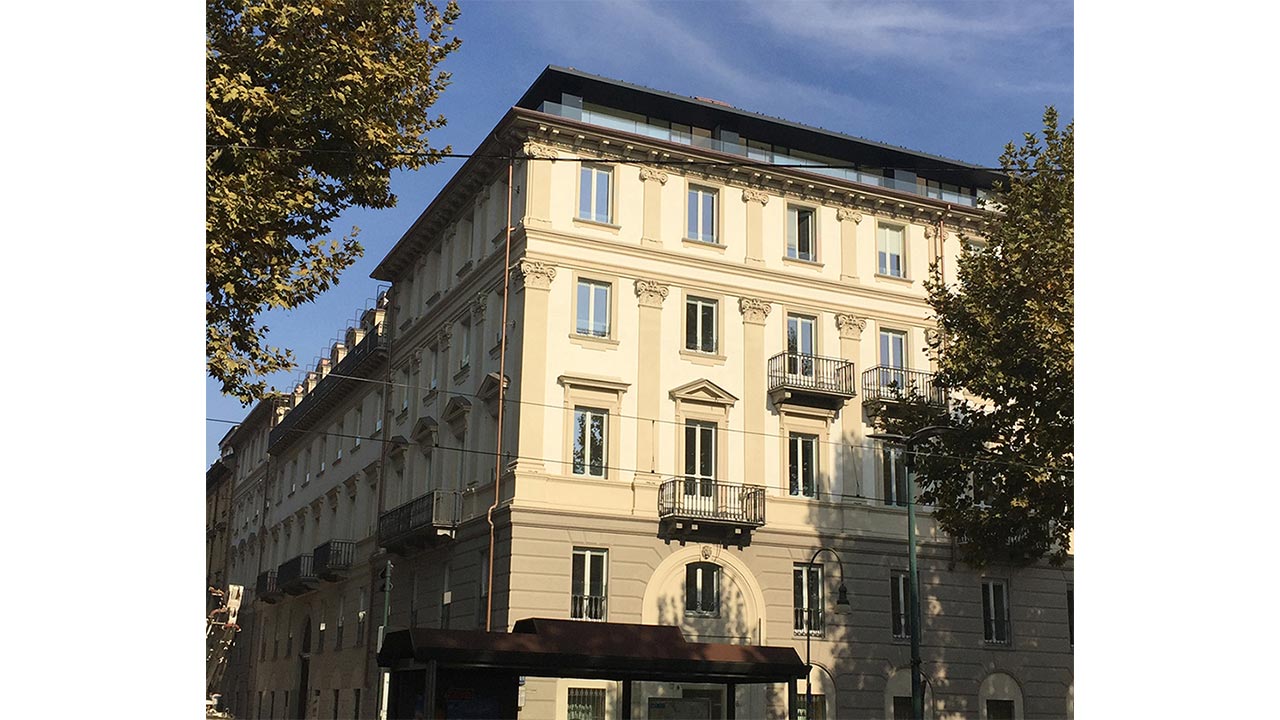