With ironic sensuality, the Bocca sofa represents the symbol of a time – the ’60s – when appearance prevailed over quality of being

With ironic sensuality, the Bocca sofa represents the symbol of a time in which appearance prevailed over quality of being. In the ’60s, the myth of stereotypical beauty pushed by the gossip and fashion magazines was forcefully affirmed, consolidating its perceived superiority over the quality of the human being and of thought. It is a phenomenon that has been intensifying over the past 45 years, turning the Bocca sofa into its eternal symbol. It was 1970, and spring was on its way. We were working in Turin, in our studio that was also the home that I shared with Nanà Sampaniotou. Marilyn Garosci, the owner of a chain of fitness centers, knew me as a painter. She had bought some of my paintings and she asked me to design a fitness center for her – the Contourella in Milan. We invited Ferruccio Tartaglia and Adriana Garizio to work on the design with us. We designed everything: we called it the “Temple of Beauty” and – with a healthy dose of irony and a desire to mock the sacred cows – we revisited through the various spaces the false myths and rituals of the new image-based society, that in the late ’60s had begun to privilege appearance over the quality of being. Franco remembered that while on holiday in Greece, Nanà had shown him a surrealist painting by Salvador Dalí, the portrait of Mae West, in which the actress’s mouth was depicted as a sofa. What could represent the temple’s Goddess better than a sofa, ironic and sensual, dressed in red? And so that was how we designed it, like a pop art piece, to represent Marilyn Monroe’s mouth, and accordingly, we called it Marilyn, also as an homage to our client, who herself was blonde and whose mouth was constantly adorned with red lipstick. We didn’t realize at the time that with the sofa in question we had given birth to a character that would go on to become a whole lot more famous than those who had created it; those four young architects who spent their nights in a smoky garret bringing to life what they had seen in their dreams. The Gufram company quoted a price for it alongside all of the other pieces of furniture, and then made the first prototype, coating it with glossy red rubber latex. We placed it on a shining faux-gold platform, almost like an altar, opposite the entrance. But in that pompous location, since it had now become the Goddess of Beauty, it seemed too small, so we sent it back to Gufram and asked them to make a slightly larger version, at least 2 meters, covered in a flame-red two-way stretch fabric. While the sofa was being reworked at Gufram, it caught the eye of a member of the editorial team at Casa Vogue magazine; it was promptly photographed and, shortly thereafter, appeared in print for the first time. It was 1970 and, in the meantime, a star was born. 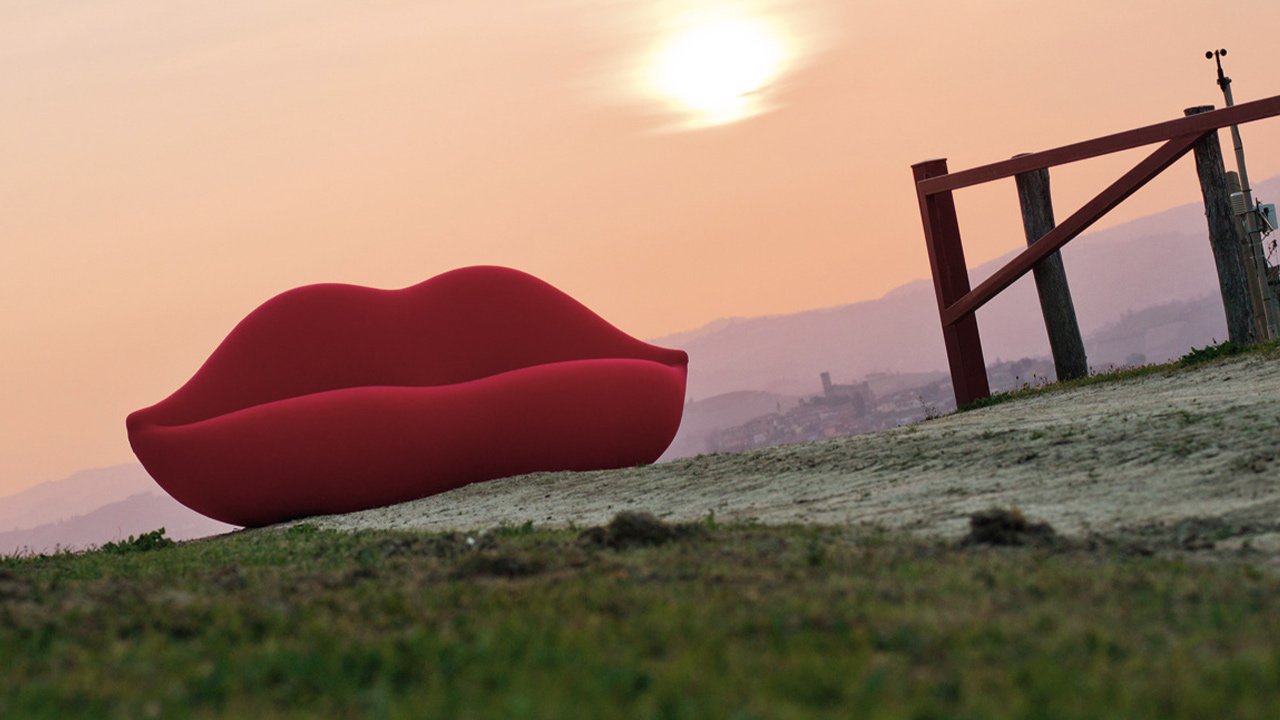 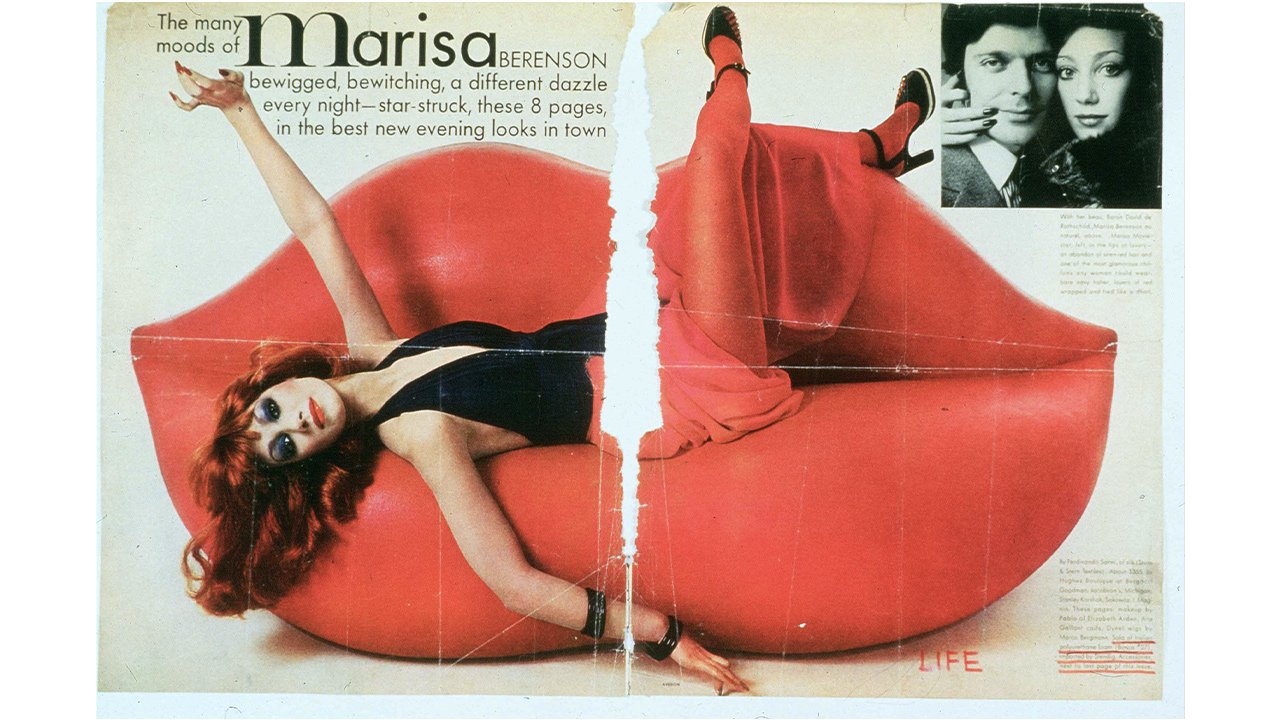 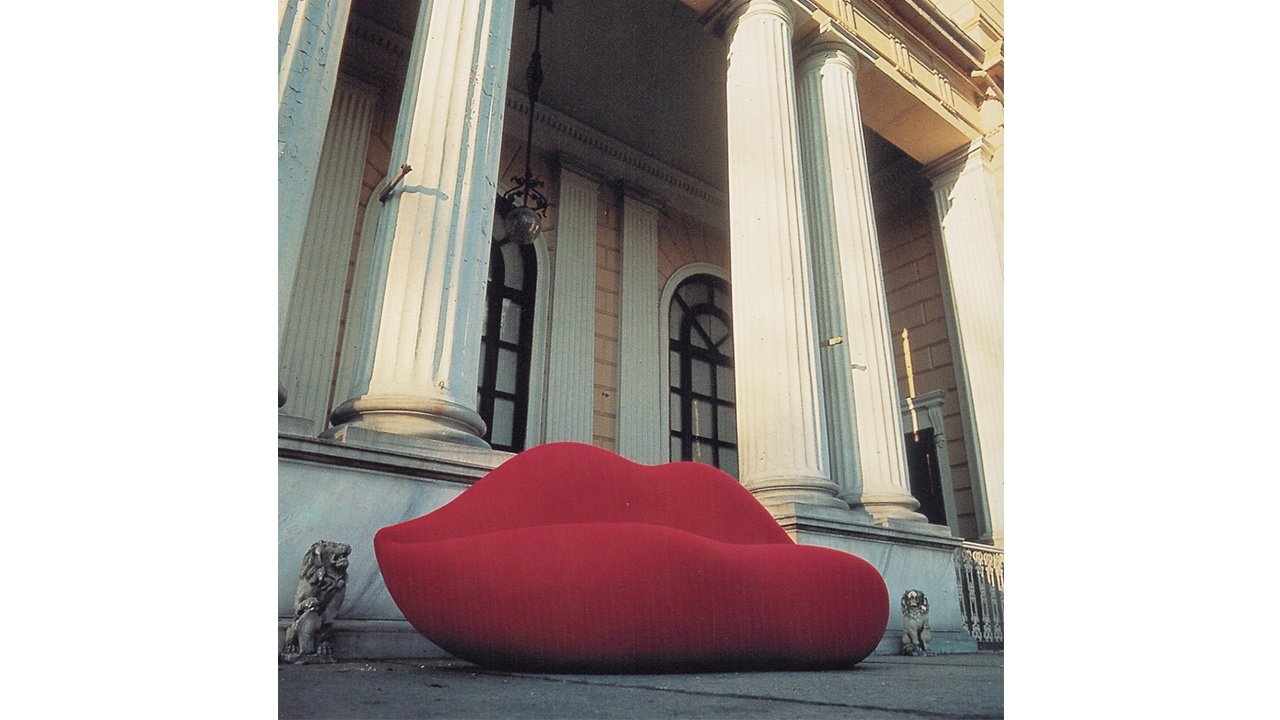 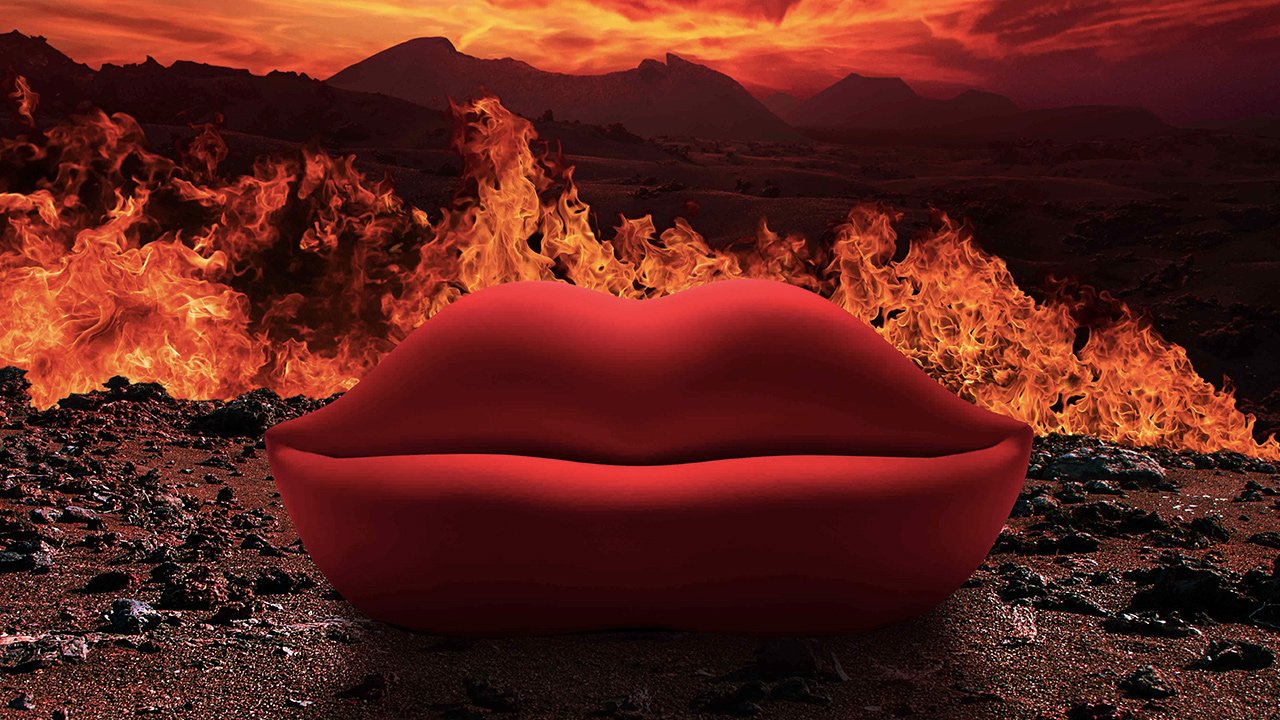 The vitality and conceptual clarity of Studio65’s pieces, like Bocca and Capitello, played a critical part in defining international perceptions of Italian design as it migrated from the ebullient pop style of the ’60s towards the introspection of the radical design movement and then post-modernism in the ’70s. Studio65’s work also reflects the importance of technical experimentation with newly developed materials and production processes to Italian designers at the time, and the value of the close collaborations they forged with empathic manufacturers and fabricators.

Studio65
Degree in Architecture at Politecnico of Turin on 1969. Specialization on radical design on furniture design and ID complete design.
http://www.studio65.eu