The intervention involves the functional redevelopment and expansion of the existing municipal factory body called the custodian building located in the Scornabecchi Riparbella Garden, a state-owned area characterized by the presence of deciduous forest and the typical Mediterranean scrub. This environmental feature saw the birth of the project for the creation of an experimental section of the state middle school based on outdoor learning and experiential learning thanks to the collaboration between the Municipality and the Griselli Comprehensive Institute. Initially, three classes will be housed in the caretaker’s building in addition to the minimum provision of service spaces and special classrooms. Starting from these initial needs and to ensure the economic sustainability of the project in relation to the local reality, the project proposal is divided into two distinct phases: a first phase dedicated to the restructuring and functional, plant engineering, anti-seismic and energy efficiency improvement of the building existing, a second phase with the expansion and the endowment of a new multifunctional building called the agorà. The agora, in line with the international guidelines of the new educational spaces, will not only perform the function of connection between the two levels but as a whole will be able to host a series of integrated multidisciplinary activities; here the recreational functions from the canteen, to the library up to the theater can also be hosted. This new volume created in continuity and easily accessible from the spaces of daily teaching, can take on symbolic value for the environmental education of young people. The agora will be open to the territory and will become a place of reference for the community. 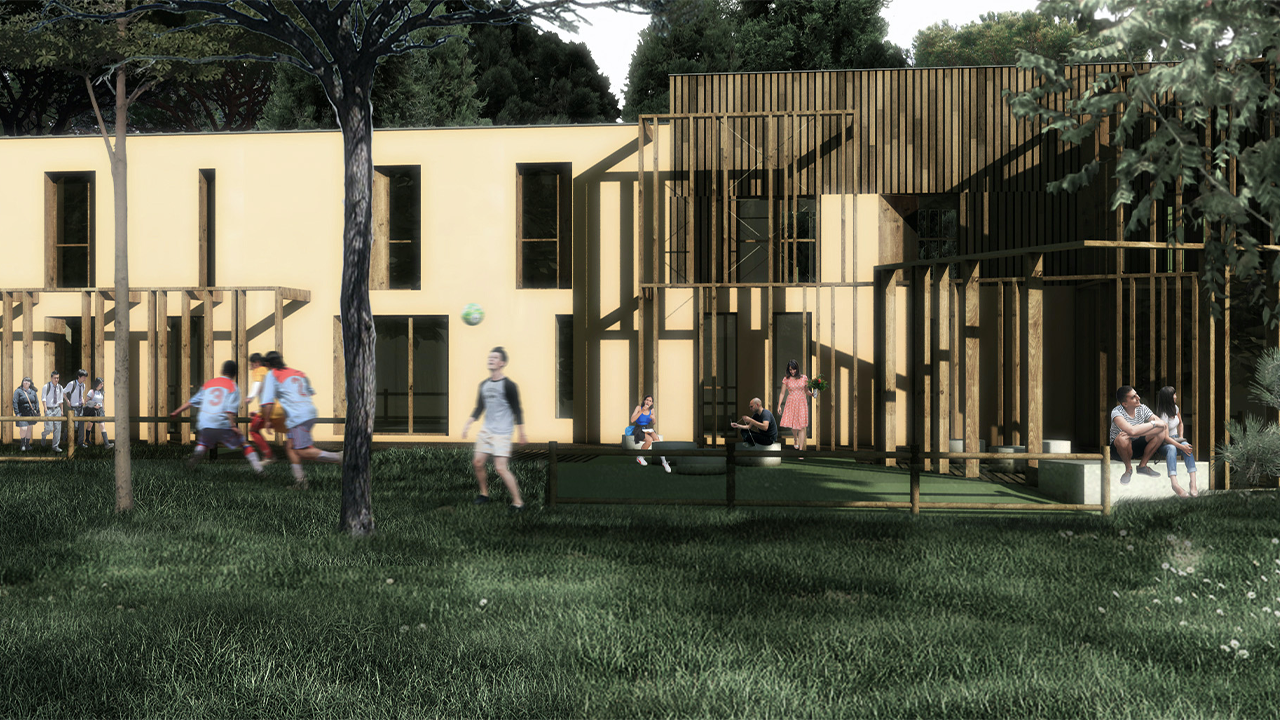 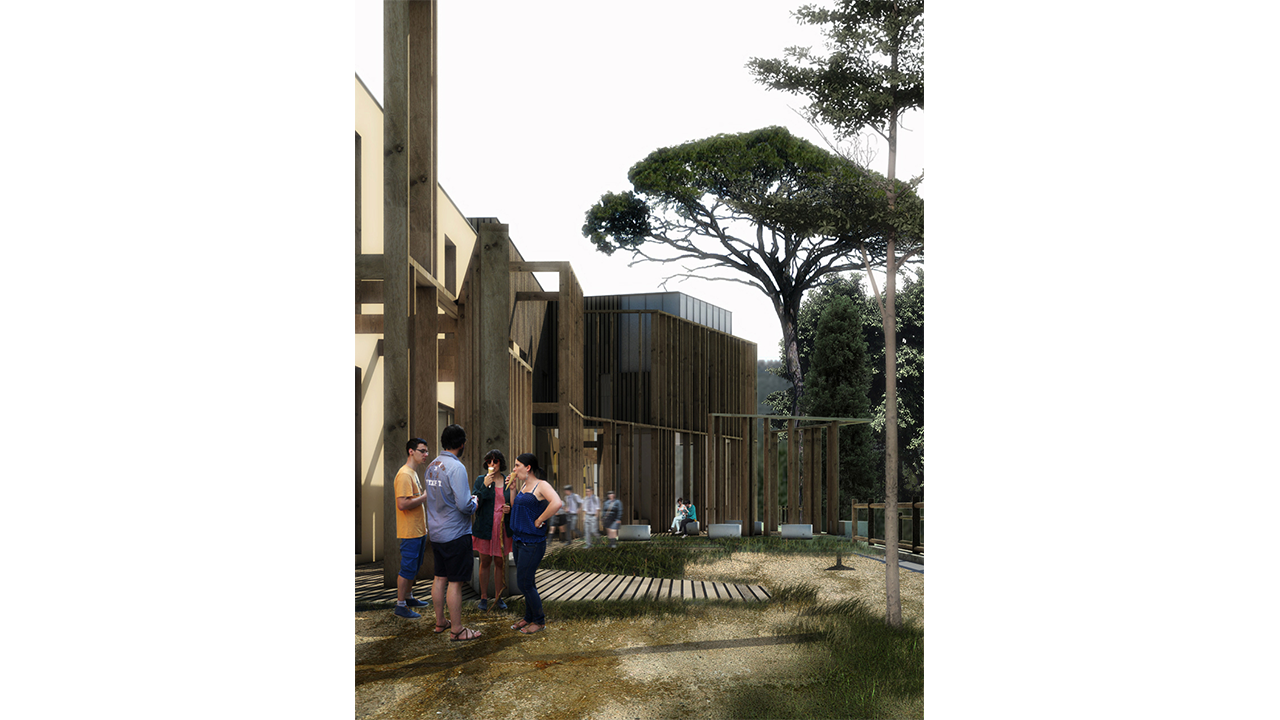 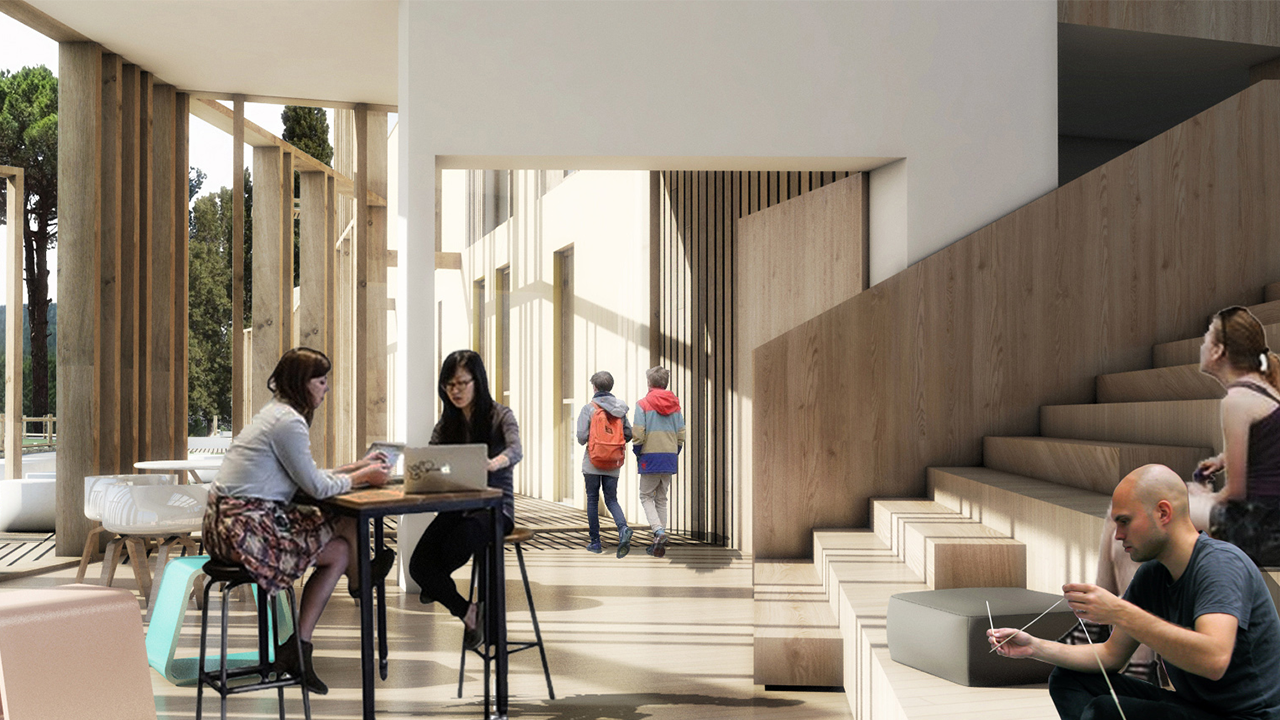 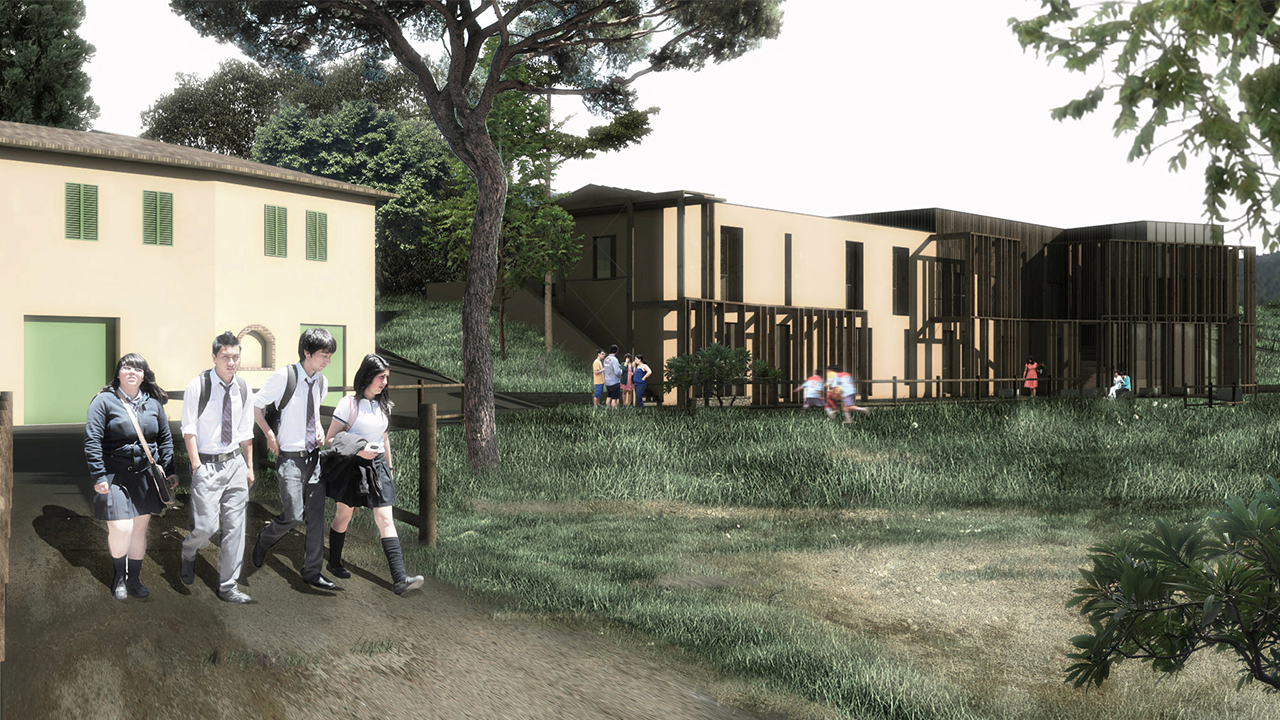 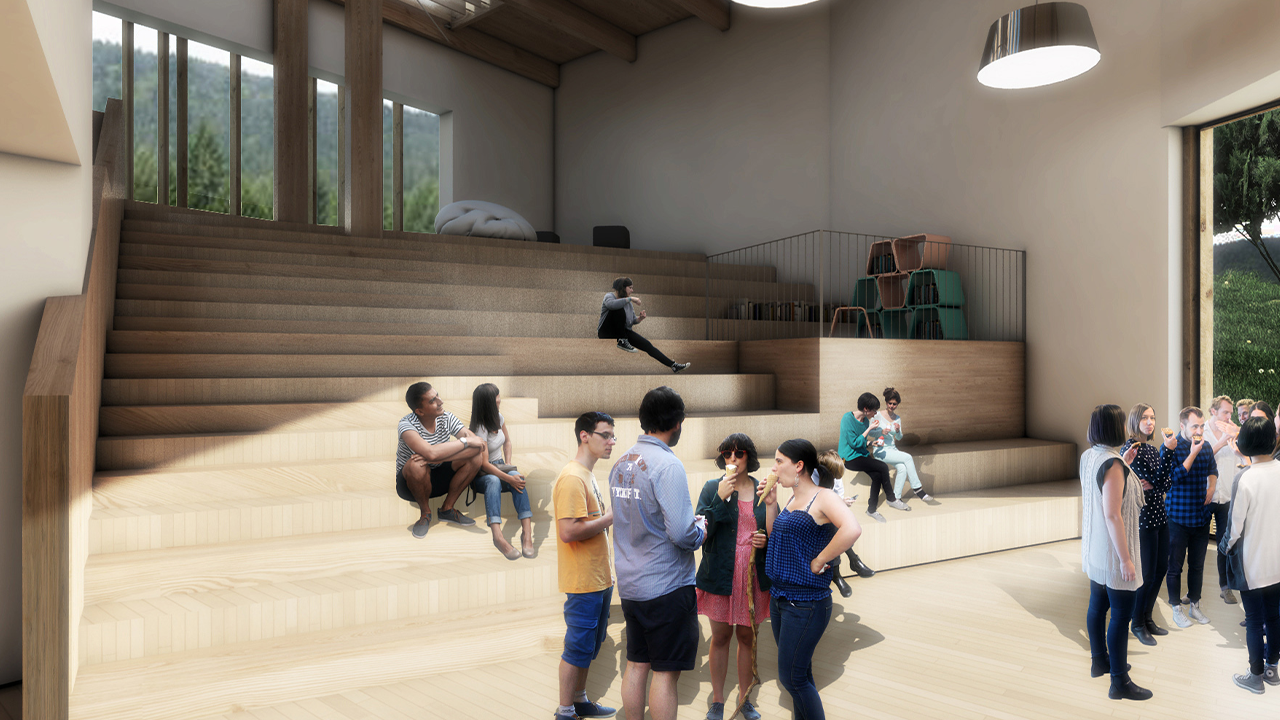 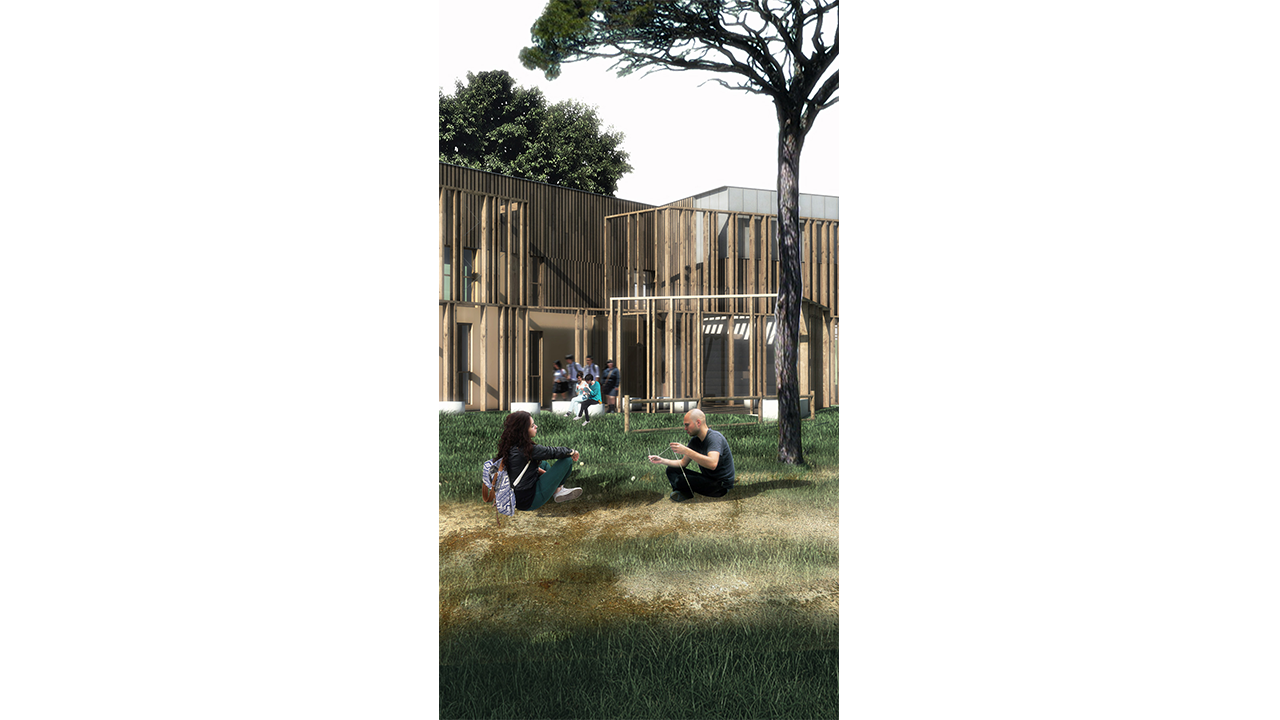 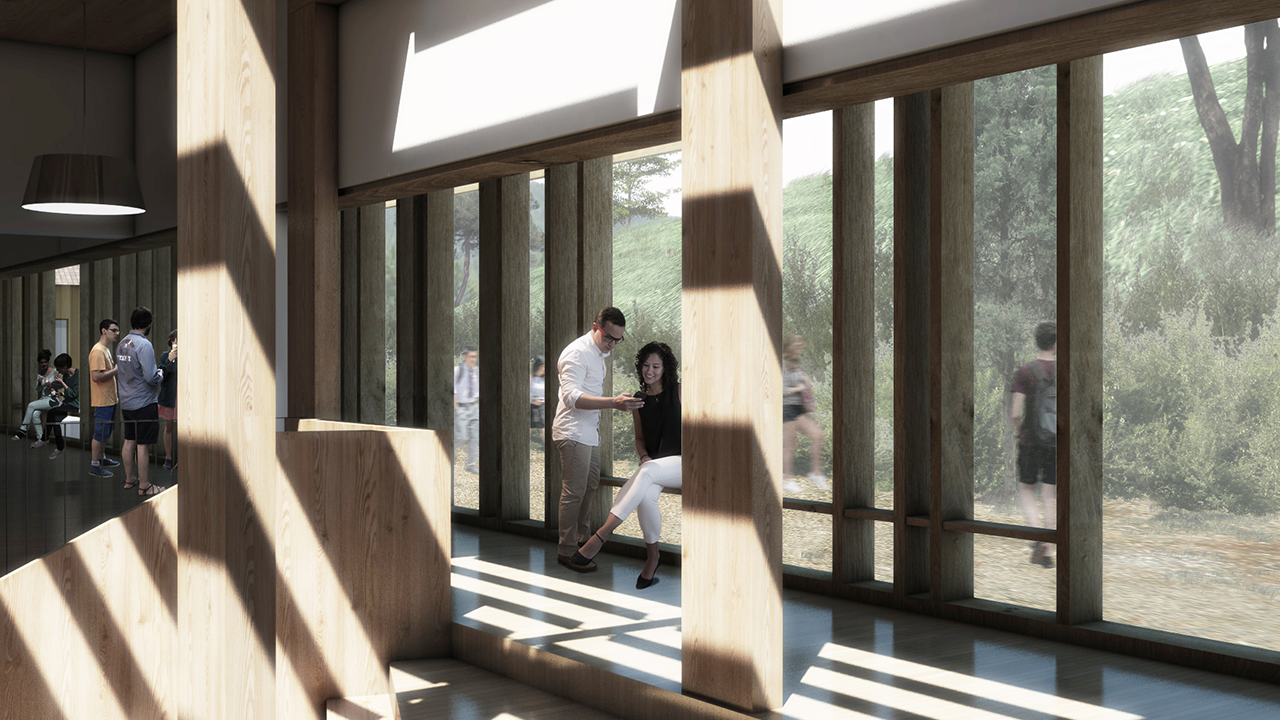 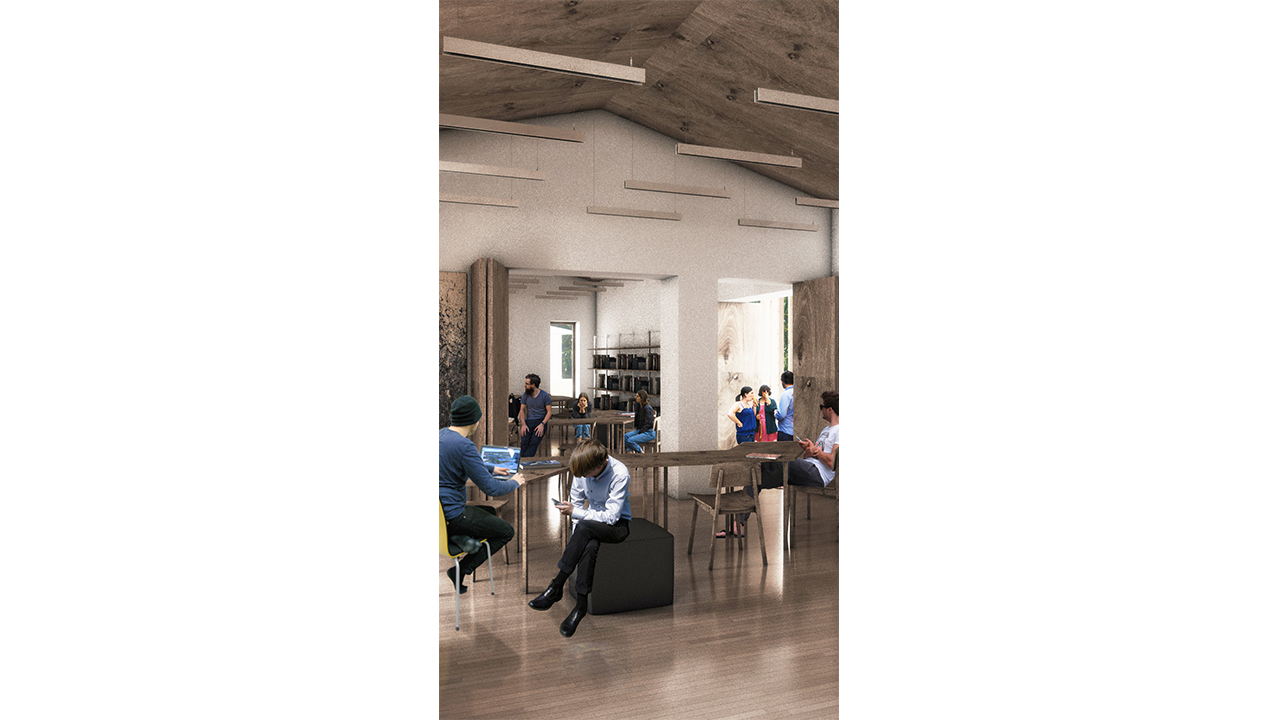 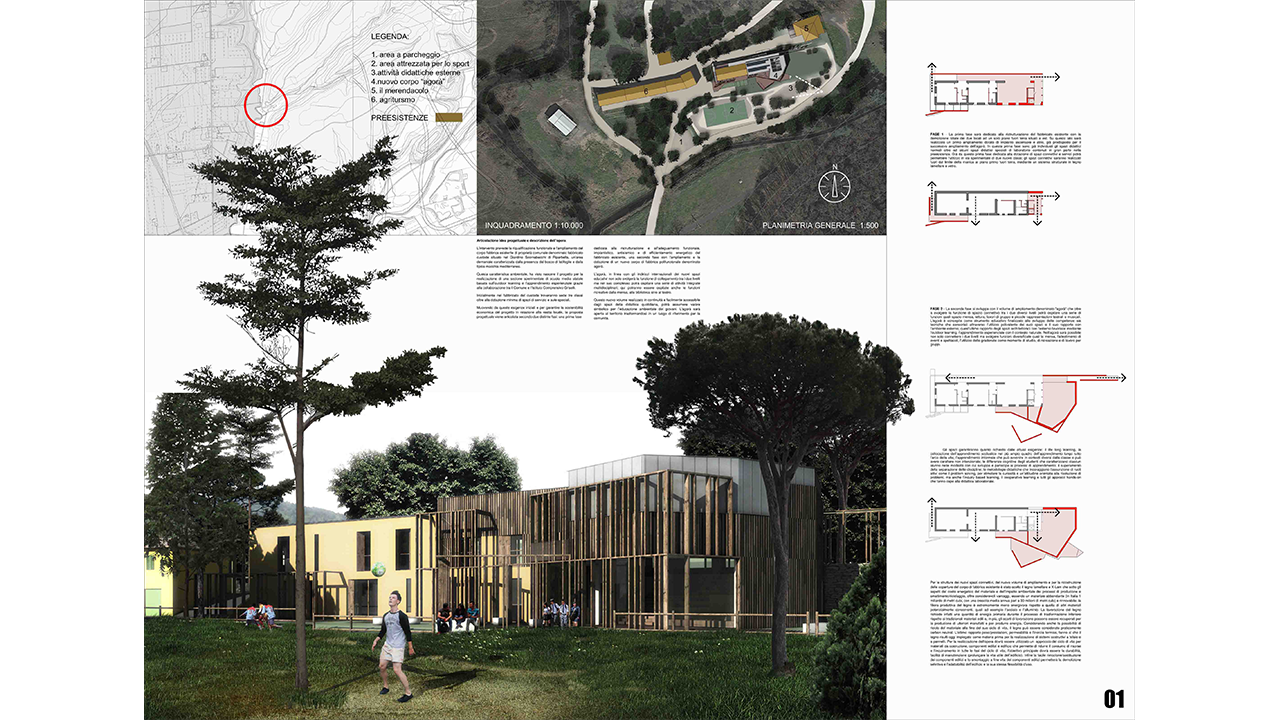 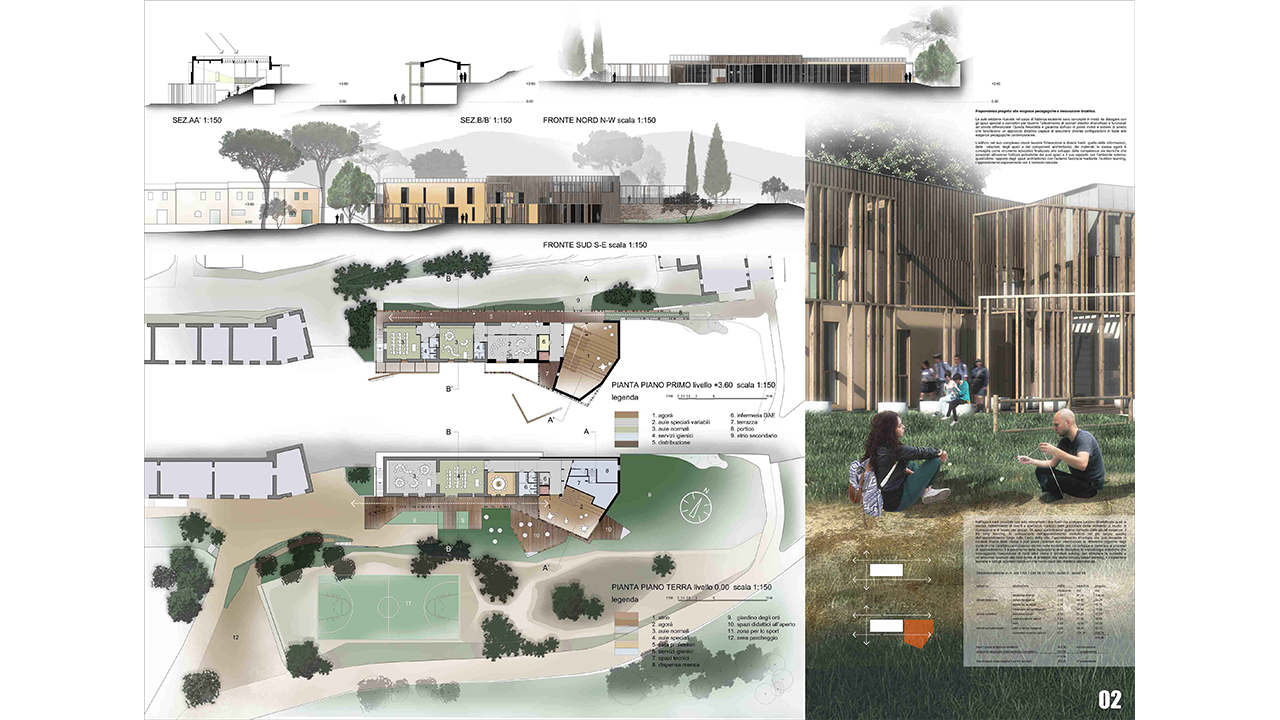 Fabio Licciardi Architect
GIUSEPPE BARRECA Architect, born in 1969, He graduated at Turin Polytechnic in the Faculty of Architecture in 1995. Since 1996  he has enrolled (registered) in “Ordine degli Architetti”, the Professional Association of Architects of the Province of Turin. In 1997 he represented  Piemonte (his region) at Biennale dei Giovani Artisti dell’Europa e del Mediterraneo, a very important event. During the following years he took part in several competitions. Nowadays he works mainly for his own building firm. He cooperates with several architects and professional men in order to realize private buildings
Previous Article
Spazio fluido
Next Article
TOMA E TOMAIA