The project is a global intervention of renovation which gave a new face to a 1950’s apartment, redesigning spaces and connections.

The project is a global intervention of renovation which gave a new face to a 1950’s apartment, redesigning spaces and connections, combining technical and plant choices with architecture. The project was drawn up in two temporally separate phases (initially not foreseen): the phase I involved the reorganization of the dwelling on the first floor according to the needs of the client: the careful choice of distribution, the design of bespoke furnishings and the study of lighting made it possible to make the most of every space, without neglecting the overall harmonious design and emphasizing the architectural choices The Phase II arises from the need to connect the first floor with the apartment below, purchased after about a year later the end of the works.
The need to unite the two units has put the internal distribution back into play and has made necessary a series of important technical-structural measures. The inter-floor slab cutting for the creation of the stairwell required careful adjustment of the floor heating system, as well as the re-wiring of the electrical system according to a precise consequentiality of the interventions that allowed the constant use of the dwelling.
The positioning of the internal staircase, made to measure and placed in a central position with respect to the plan, has allowed the functional organization of the new spaces that have harmonized into one, allowing to maintain the characteristic identity of the first project. The staircase made in wood and steel was the joining element, which has really become the hub of the house: it connects the two floors allowing natural light to filter and illuminate the central part of the apartment. The staircase has become an element around which the different activities of the day revolve, visible and perceptible from different angles.
During the Phase I the insertion of new plants allowed the containment of energy consumption and in particular the use of a domotic system optimized the use of all the components; with the Phase II of expansion of the housing unit was possible and immediate integration of new environments ensuring a total management of 230 square meters. The heating system is radiant floor type regulated by temperature probes for each environment managed individually by the control panel or remotely.
The choice to keep the main entrance and the living area on the first floor was dictated not only by the fact that the first phase of the work had begun and ended only a year before, and some rooms of the floor had characteristics that were wanted to be maintained, but also because this level is much brighter than the one below and the size of the rooms fully meet the needs of the family during the daylight hours. The family nucleus made up of parents and three children had the need to create private spaces for each member of the family, paying attention not to upset the environments as soon as they restructured because they were deemed appropriate and suitable for their needs. 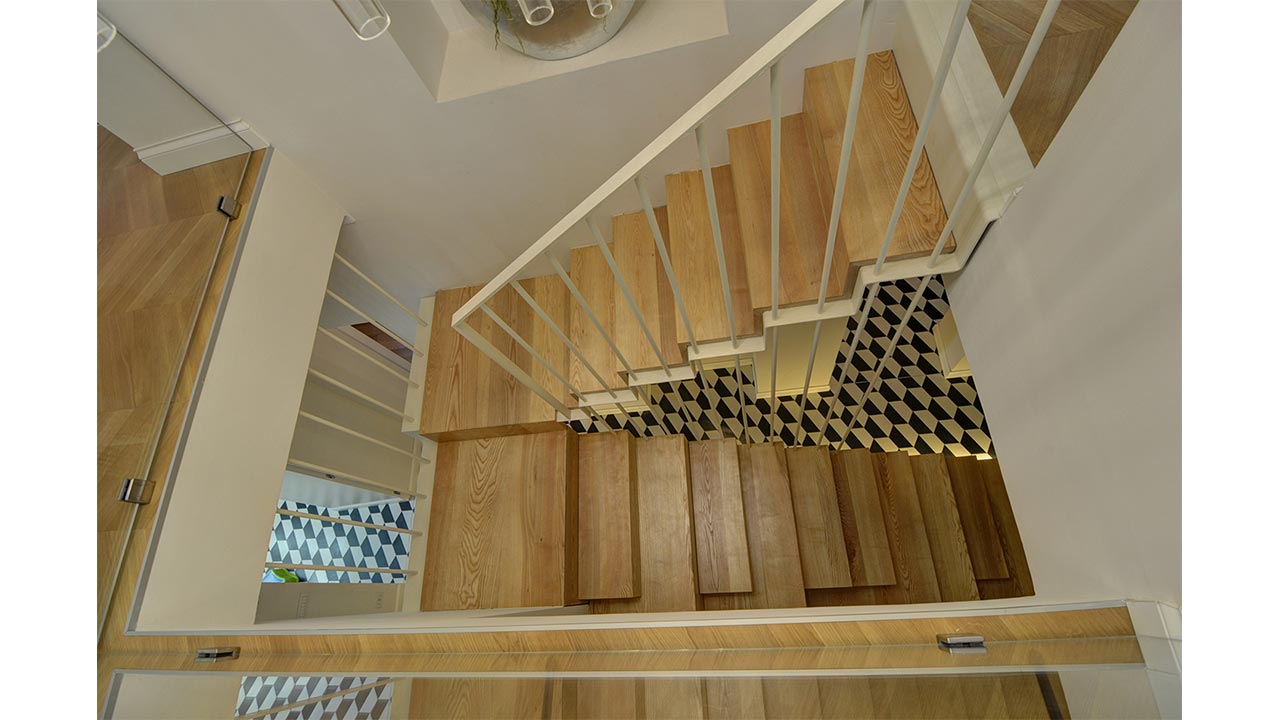 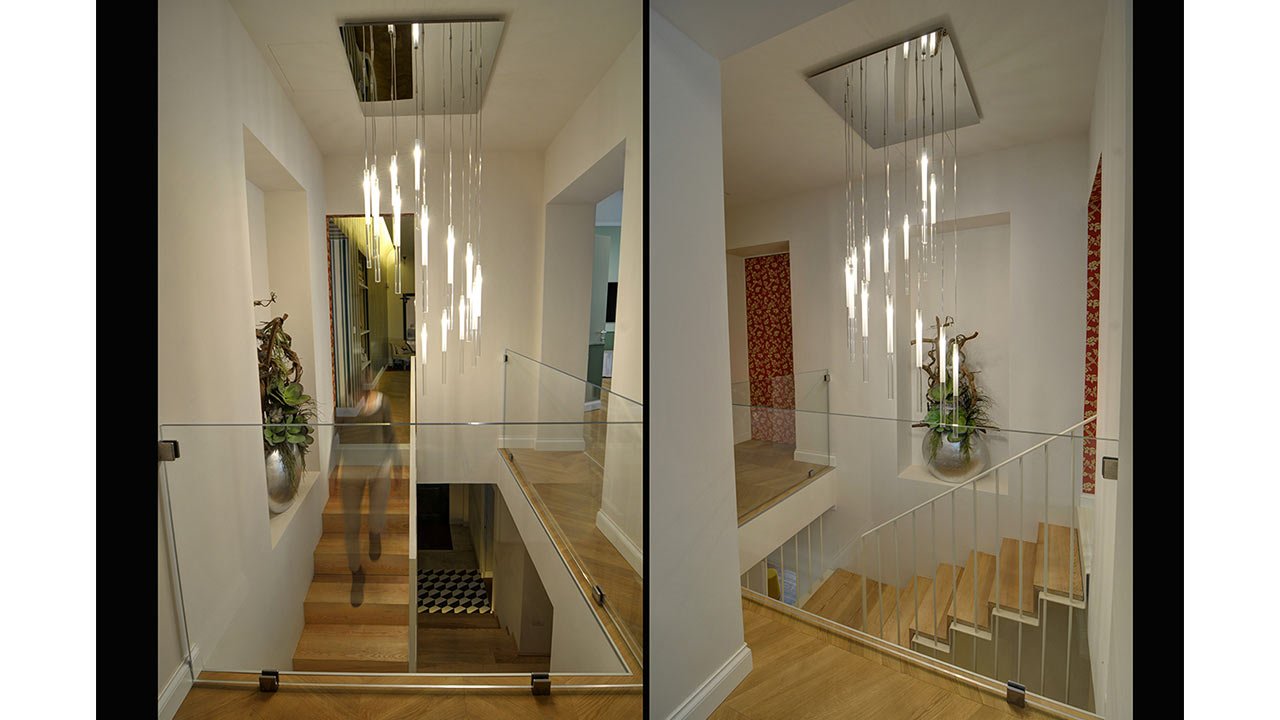 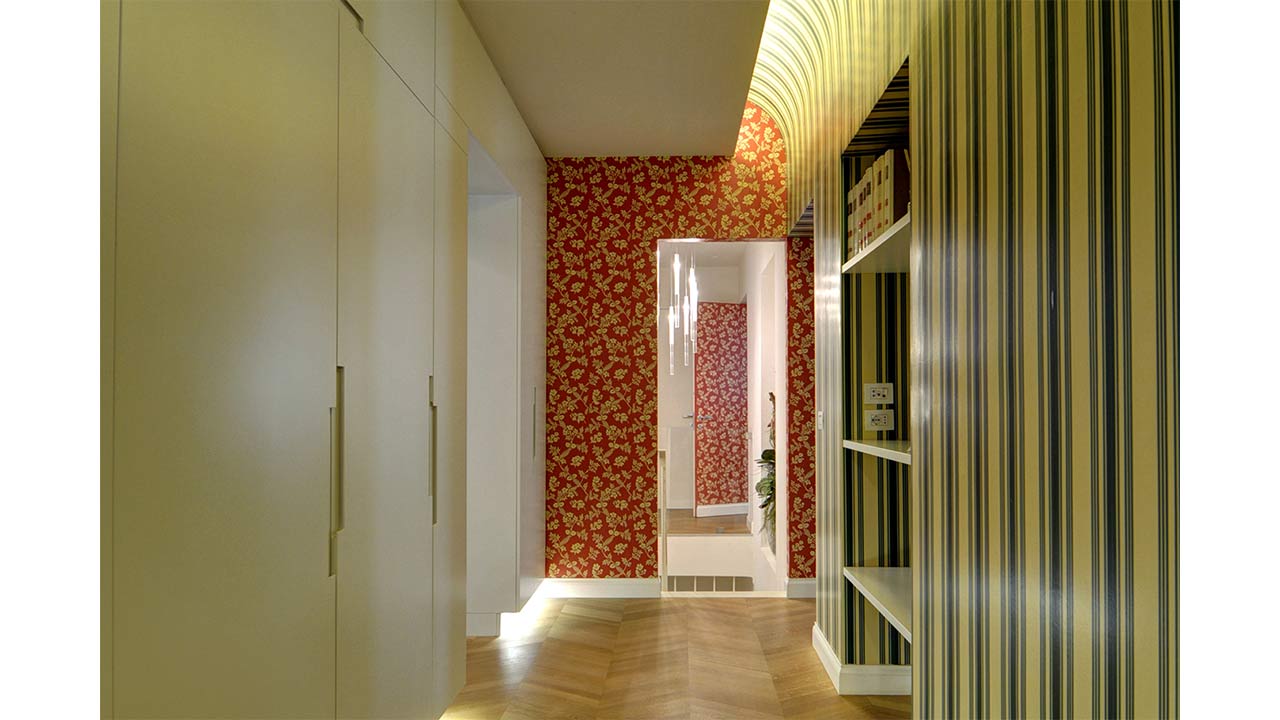 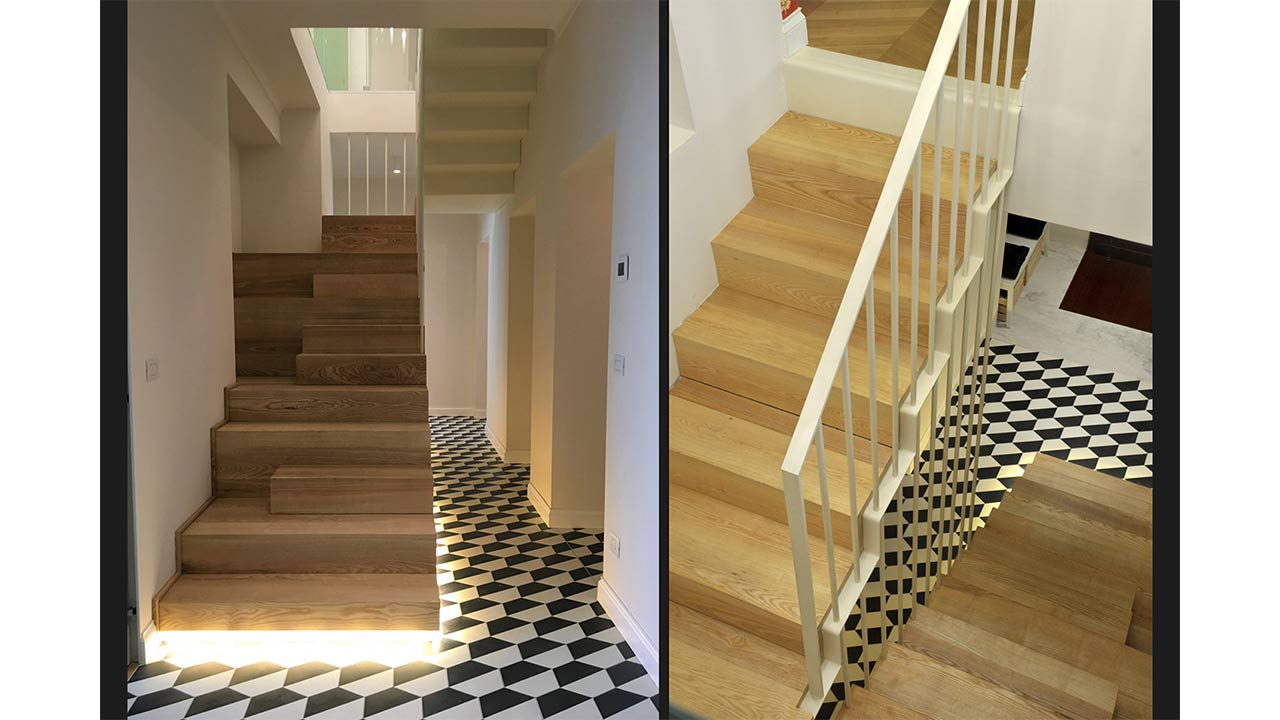 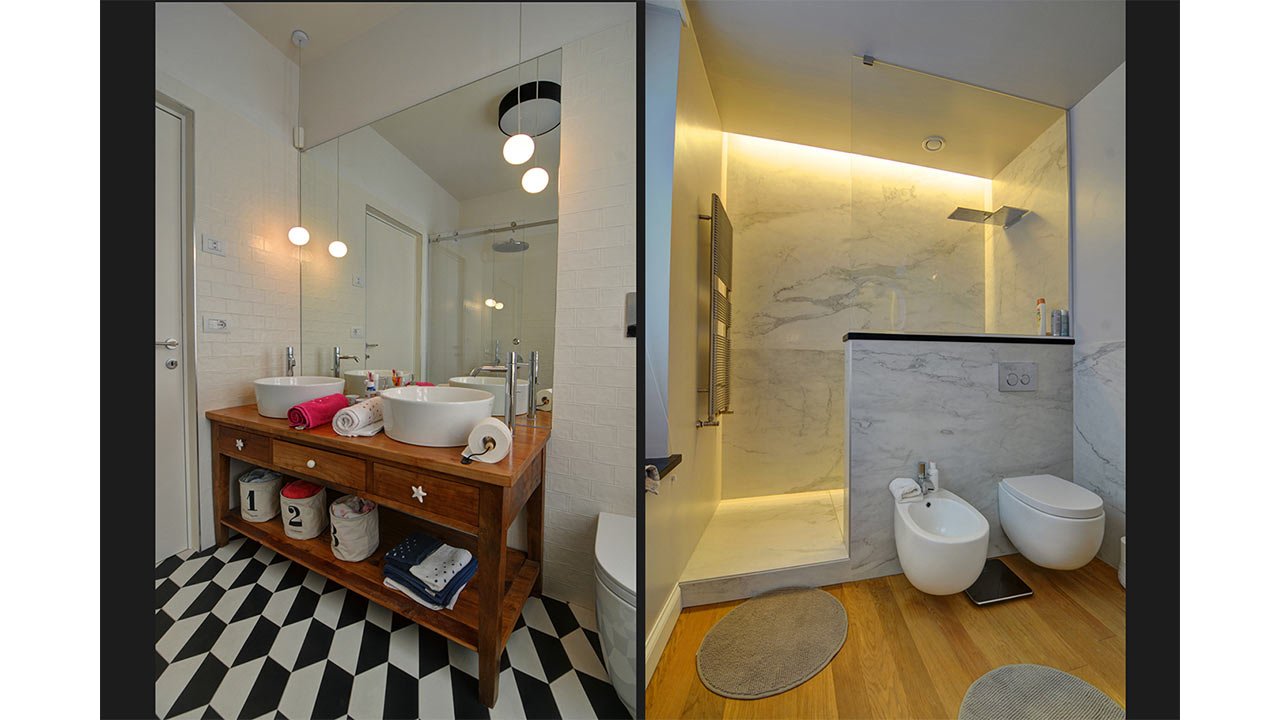 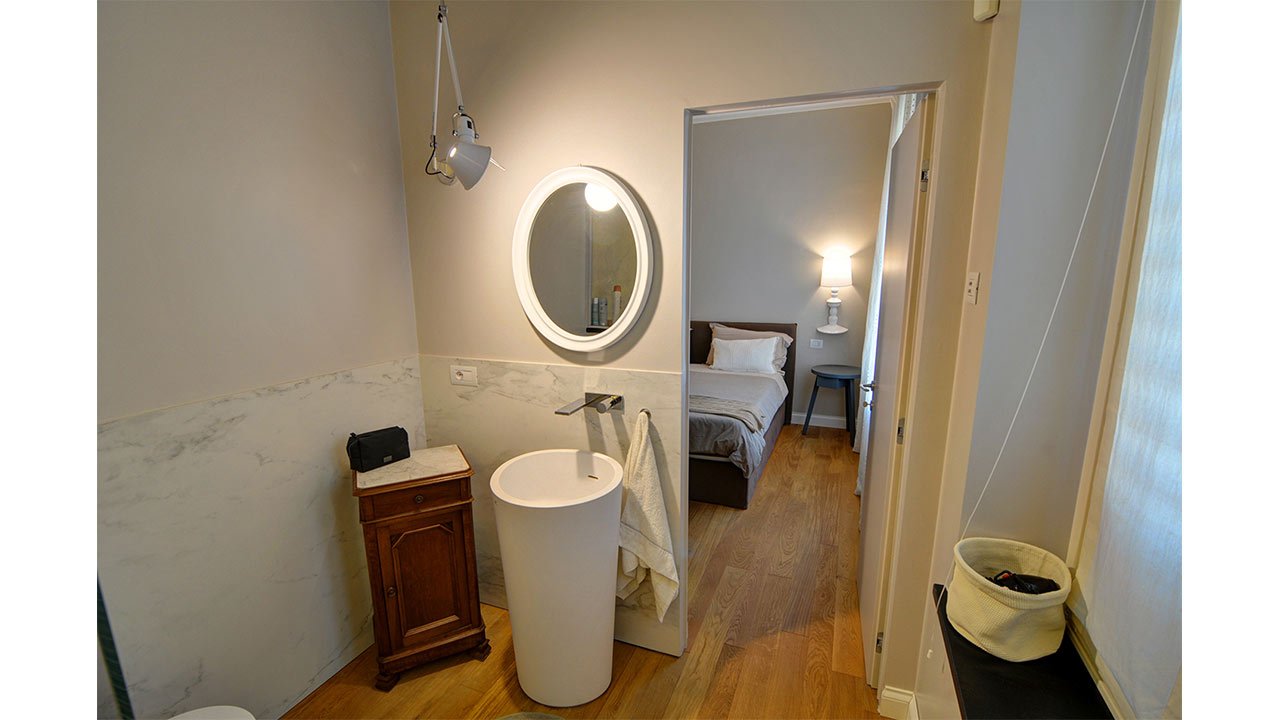 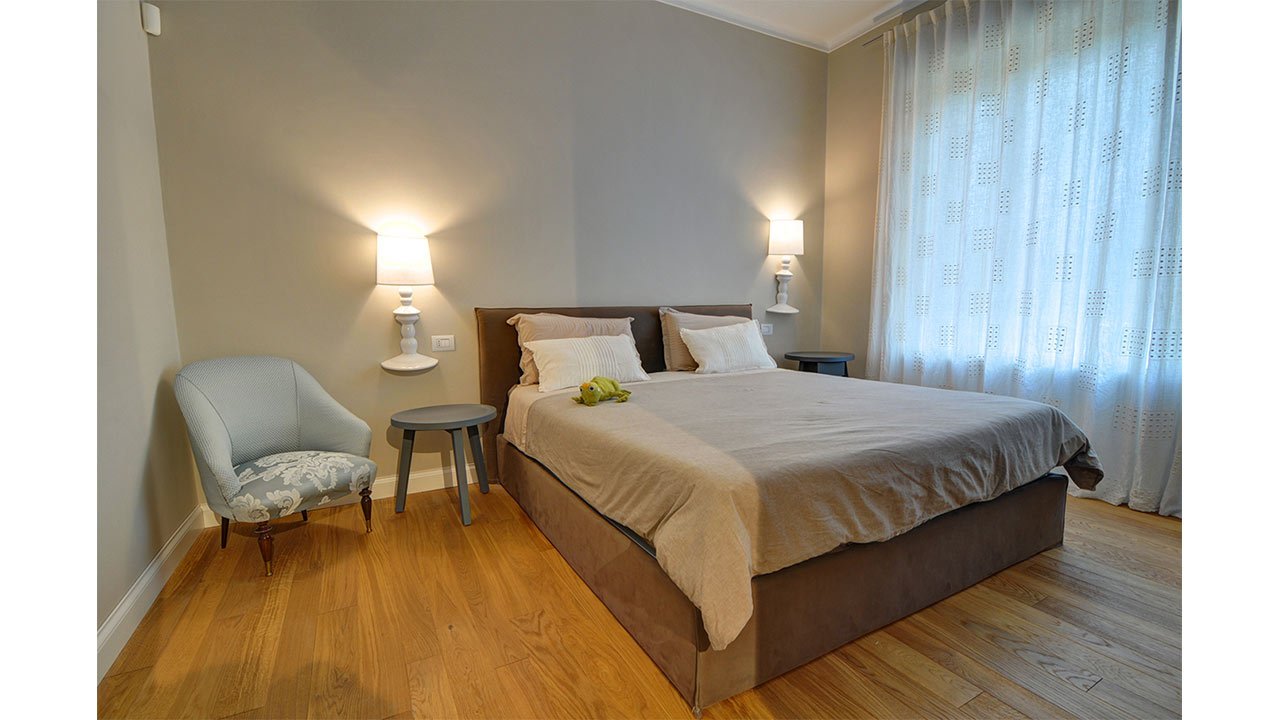 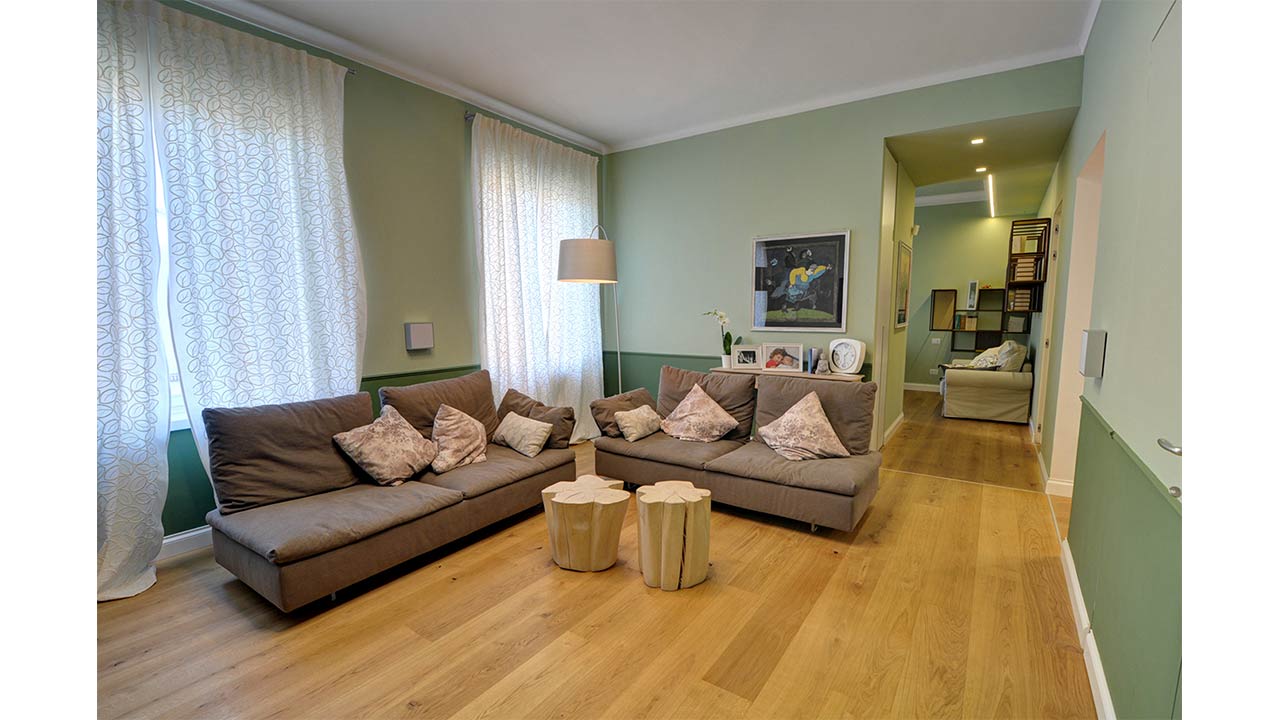 Interior design materials and finishes are those things that make up the finished design of a project. Choosing the right ones will mean the difference between an ordinary look and one that is unique and stylish.
Materials has been used to give different meanings: mixing marble with wooden floor gives a fresh and stunning look to the bathroom, decorated tiles and wooden floor can be close one to each other as if to compose an unicum,  wall papers brings to life each wall, the staircase made by solid wood and steel has been built and customized as it was thought and designed, colors give different feelings to each room. 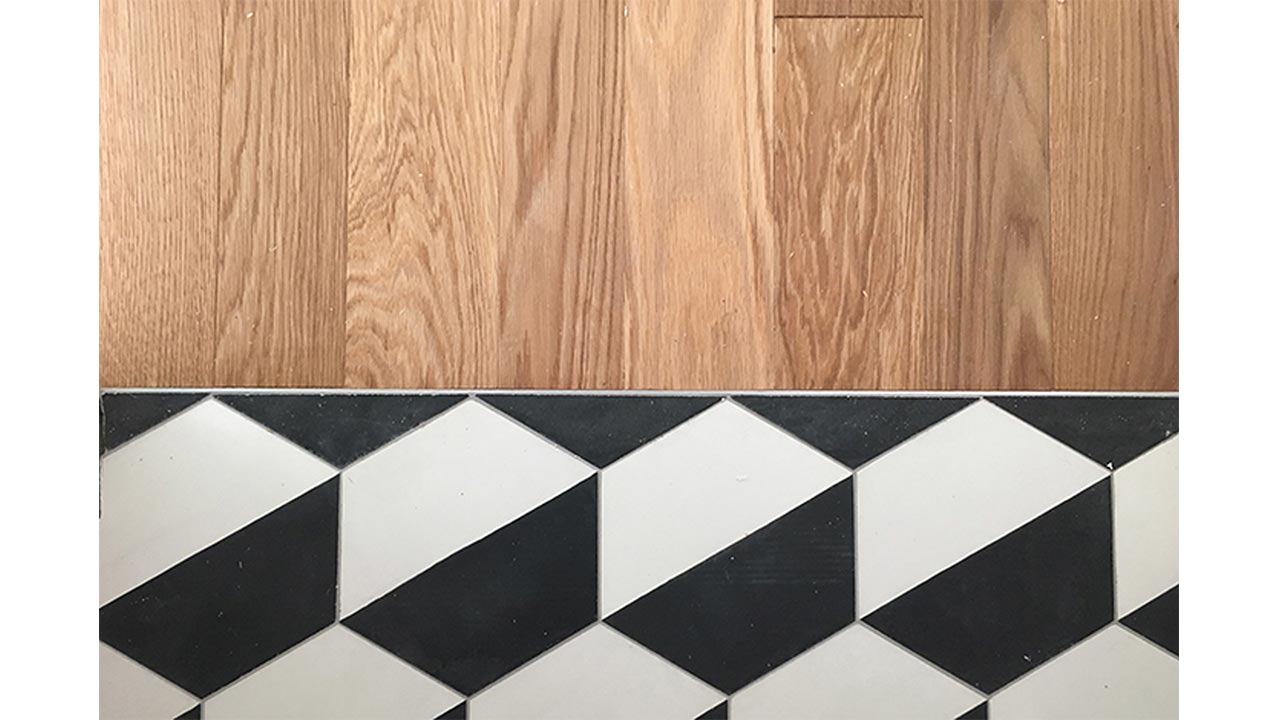 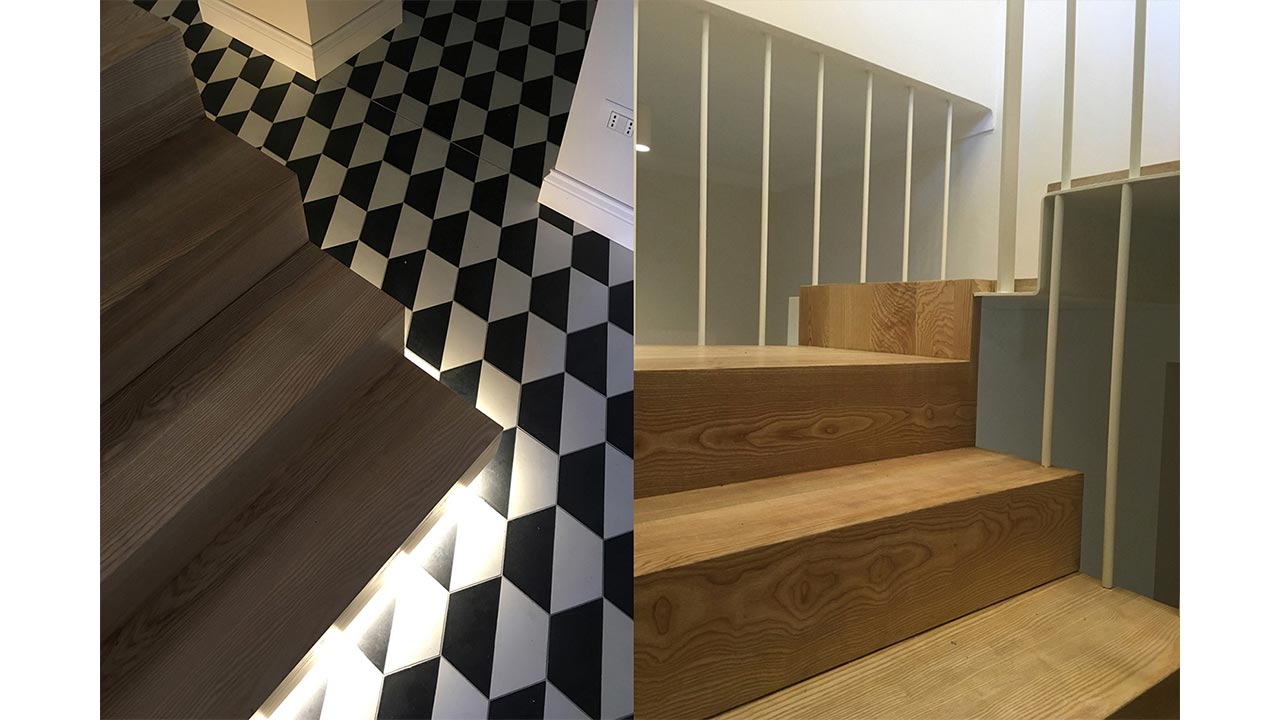 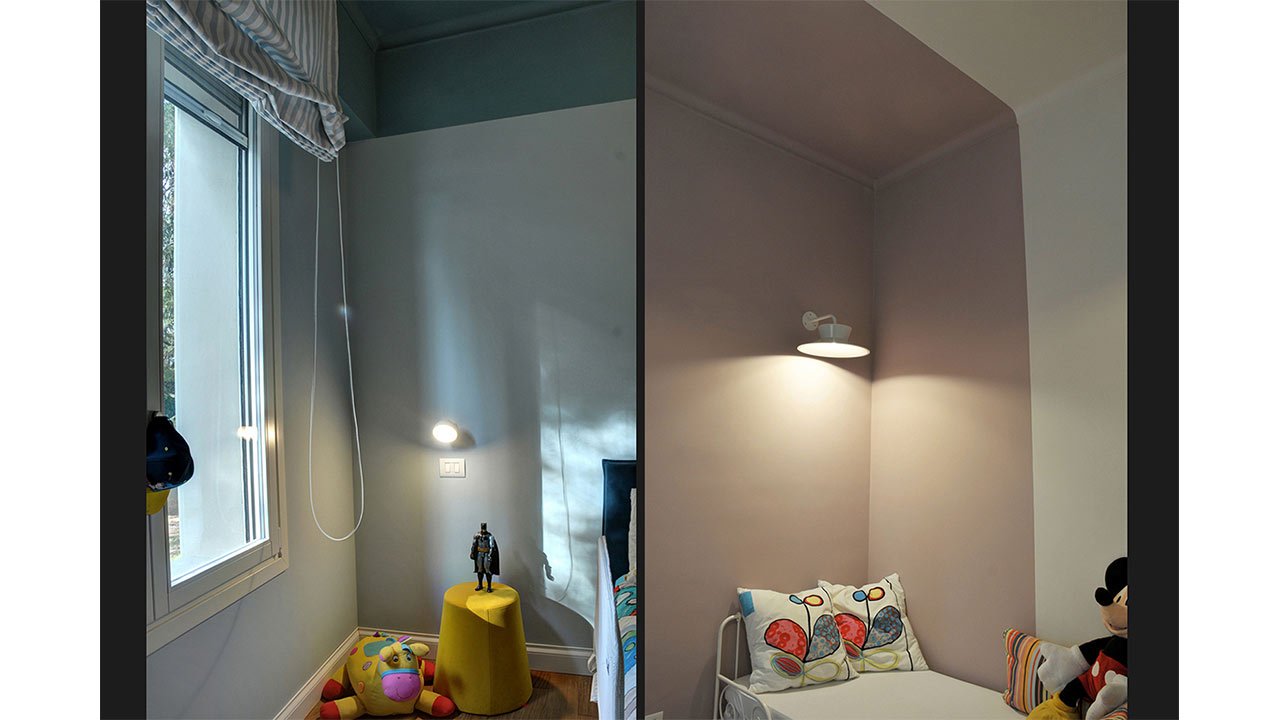 Renovation and Extension of an apartment in Turin
Luigi MIRANDA February 7, 2019