This project was a field of experimentation for us. During its construction has not been used a single brick.

The apartment is a unit of a building of the late 50s in the center of Turin, a few steps from the Mole Antonelliana.  From 2011, the year of birth of blaarchitettura, at the end of the different projects that involve us, one of our recurring activities is to evaluate how we can make our process more efficient. Over the years we have optimized issues related to the project and its phases, issues related to the relational aspects with the workers, but not less important, we continue to ask ourself how to optimize the construction methods and related techniques.
We think, in fact, that some traditional methods of construction must be questioned and must be object of reflection. For example, the brick and plaster partitions system has developed and sedimented for its flexibility and plasticity, but not for its efficiency. It is consequent to a practice in which there is no clear definition of roles, mostly informal activities, in which most of the choices take place during construction, leaving the freedom to postpone decisions and remedy situations. This scenario absolutely requires a plastic and moldable construction method, whereby the brick + plaster has always lent itself and still lends itself today. It is really efficient a technique in which to build a wall, first it is built, secondly it is partially demolished to insert the systems, in the third place it is plastered and finally painted? If the project is defined in advance, is it not advisable to adopt alternative and more sophisticated systems? Systems in which the different partitions can be designed specifically for their stratigraphy, acoustic and thermal structural resistance, and have the possibility to choose material and surface appearance. And if we opt for assembly and / or assembly, without the use of binders, kicks and water? As Jean Prouvè has summarized in his work, by arranging conceptual aspects and constructive methods, there is the possibility to clarify forms and functions, and to optimize their technique. This project was a field of experimentation for us, in which we had the opportunity to put into practice some of these reflections. During its construction has not been used a single brick. The 130sqm apartment is initially “emptied” through the demolition of all the elements without structural function and a new texture takes place: a lightweight structural wooden balloon frame. Through the total demolition of the internal partitions, we obtain a “clean” site. As a result, the only work has been to assembly the prefabricated birch walls. The millimetric survey of the external walls and the new electrical and hydric systems allowed to obtain precise drawings necessary for the production and pre-assembly in the workshop in 1:1 scale of the whole apartment in all its parts (walls and furniture). The new floors made before the laying of the wooden walls follow the layout of the rooms of the original apartment. Finishing changes (colored epoxy resin) and changes in parquet direction accentuate the old layout. 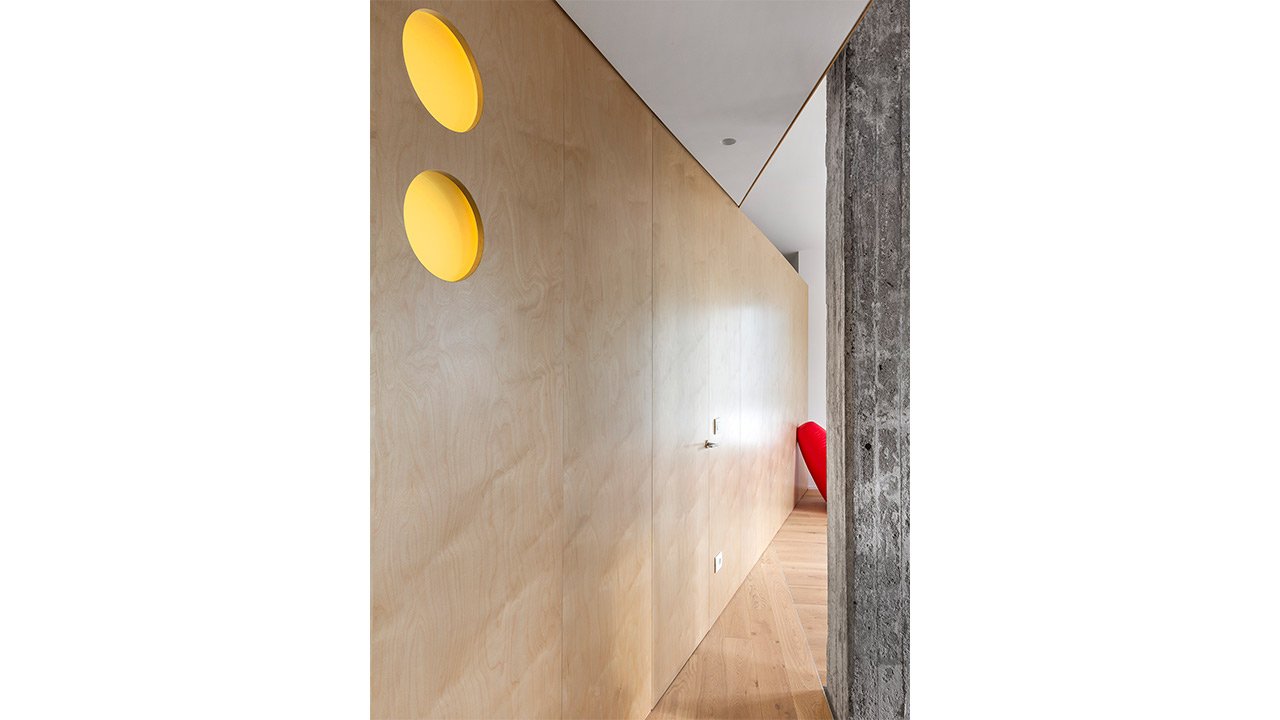 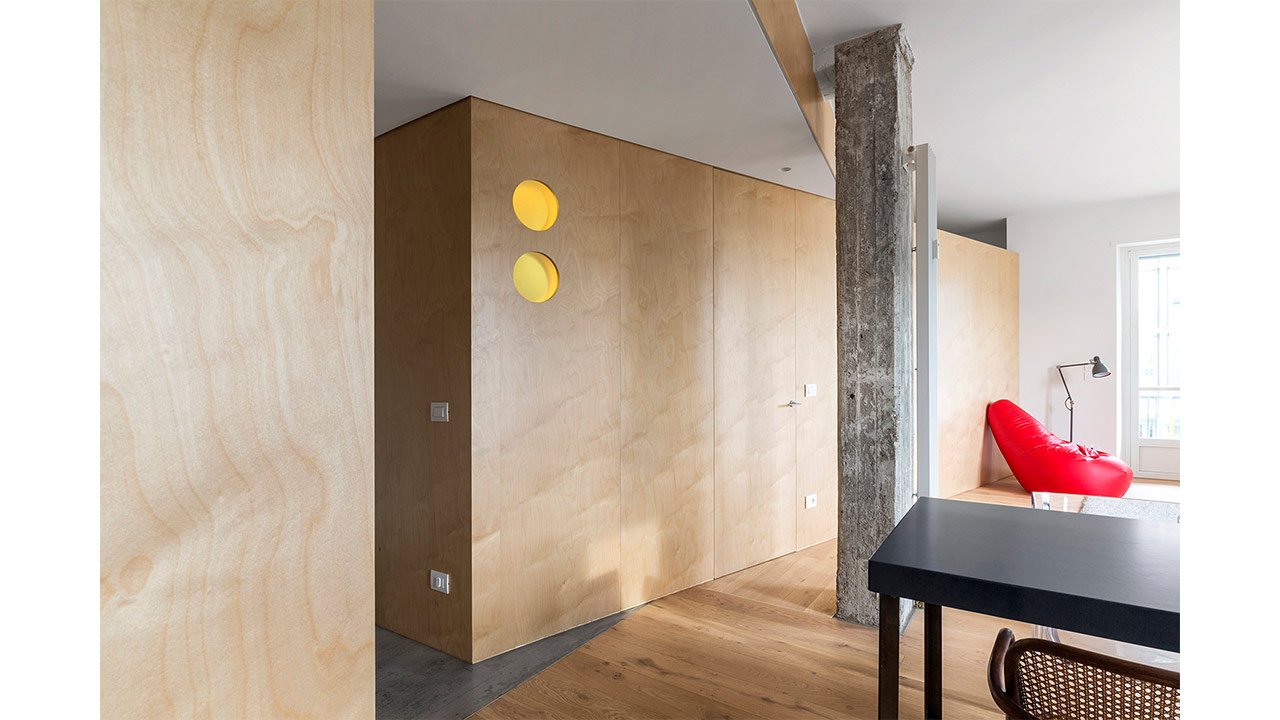 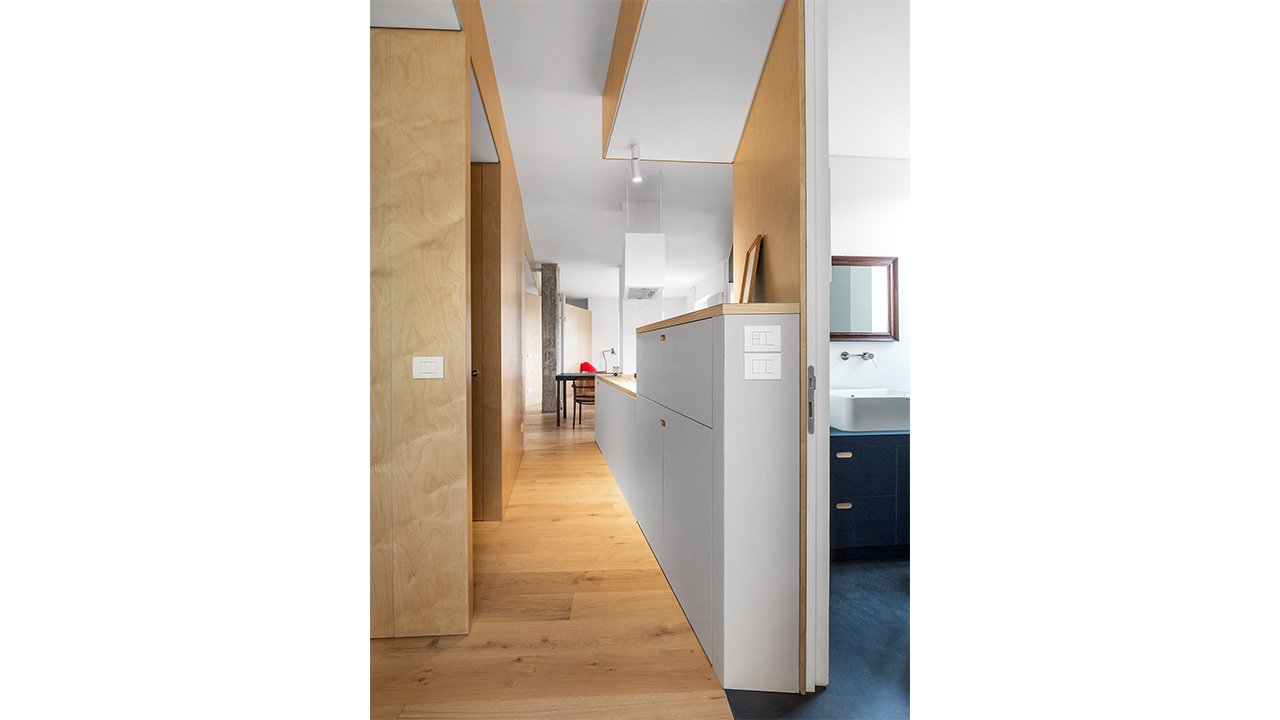 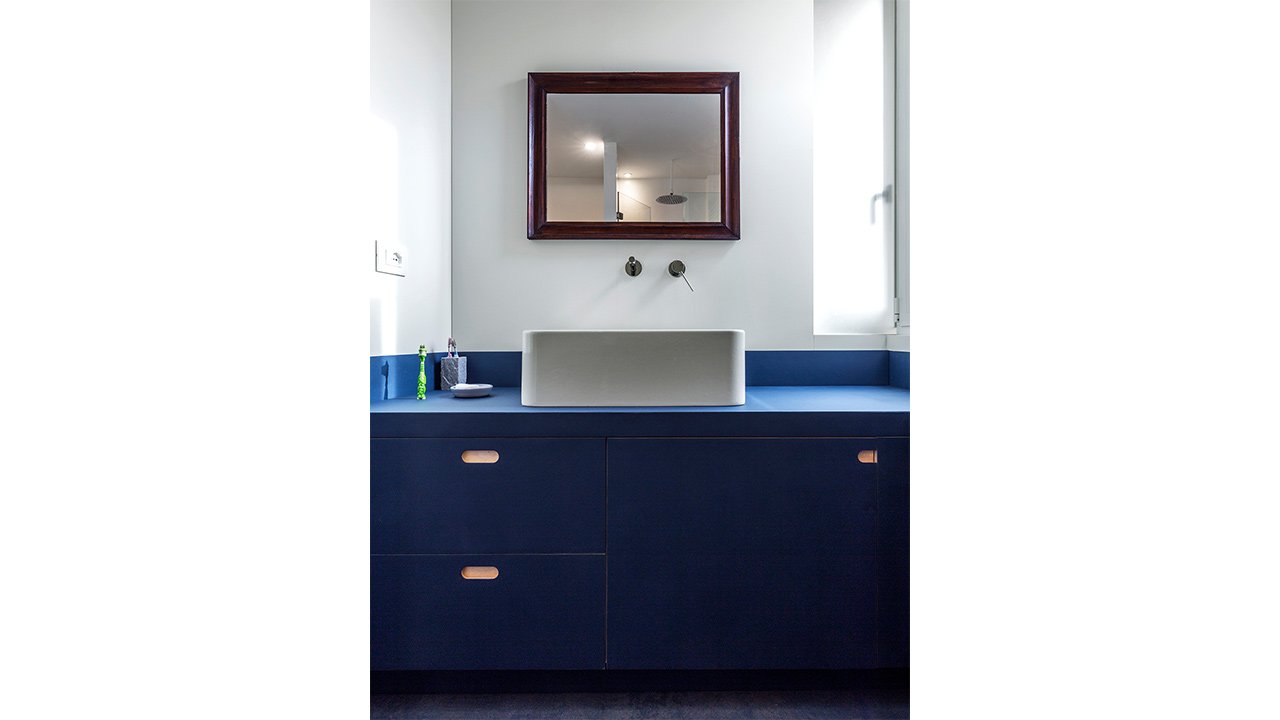 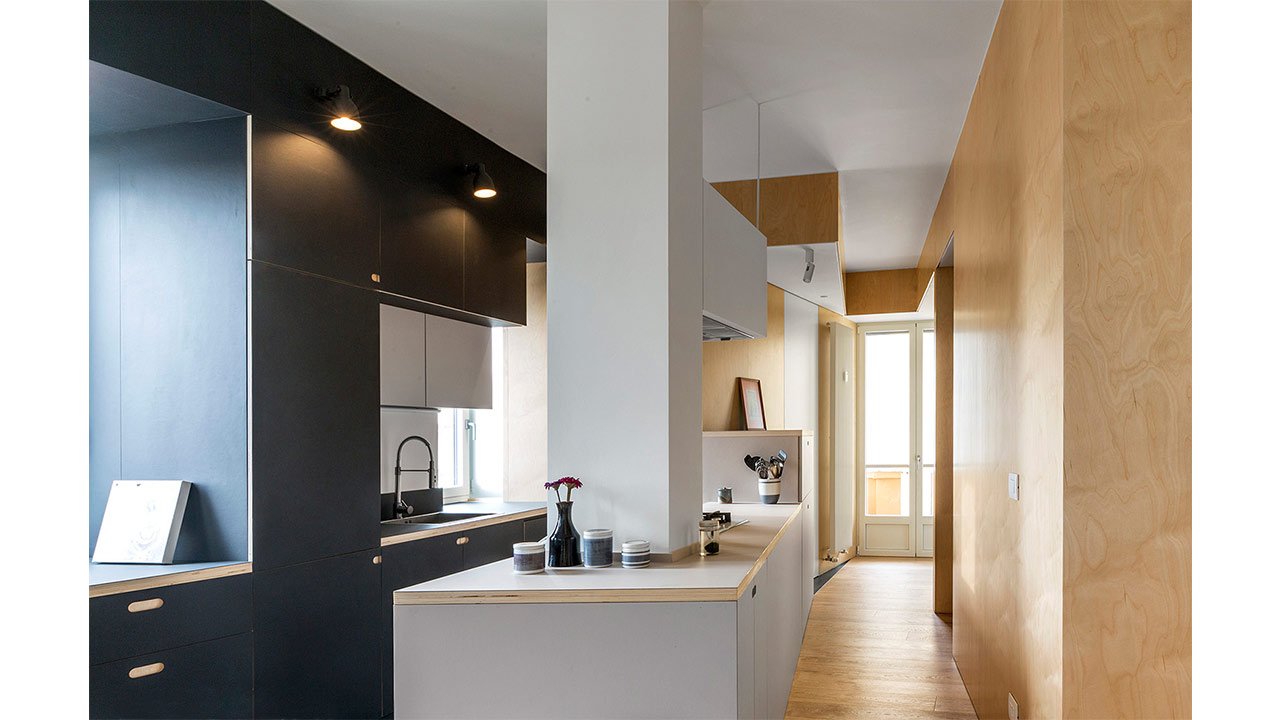 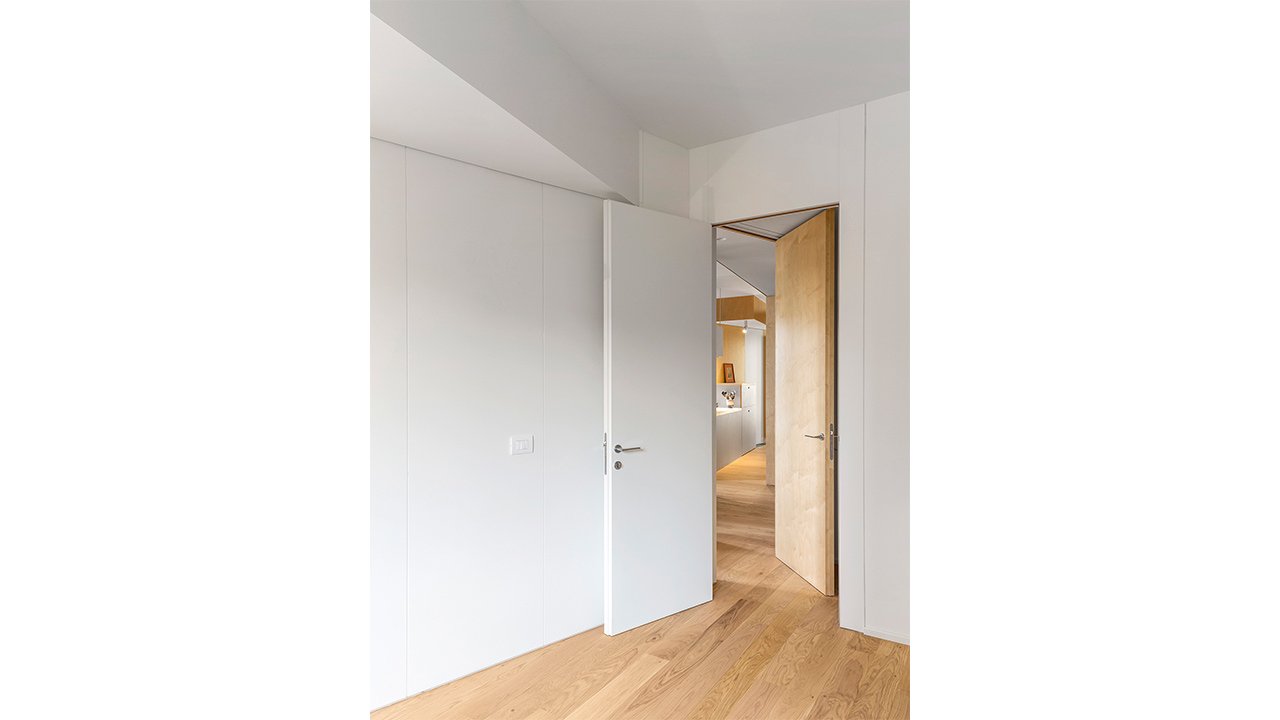 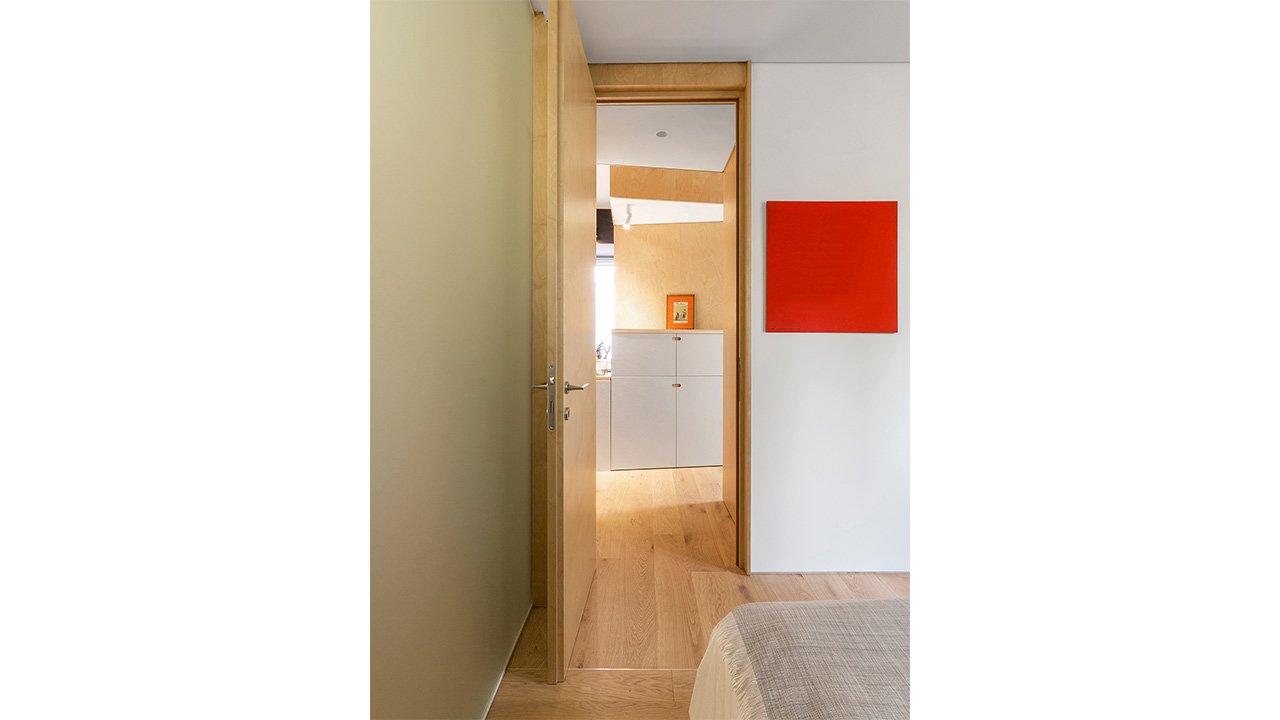 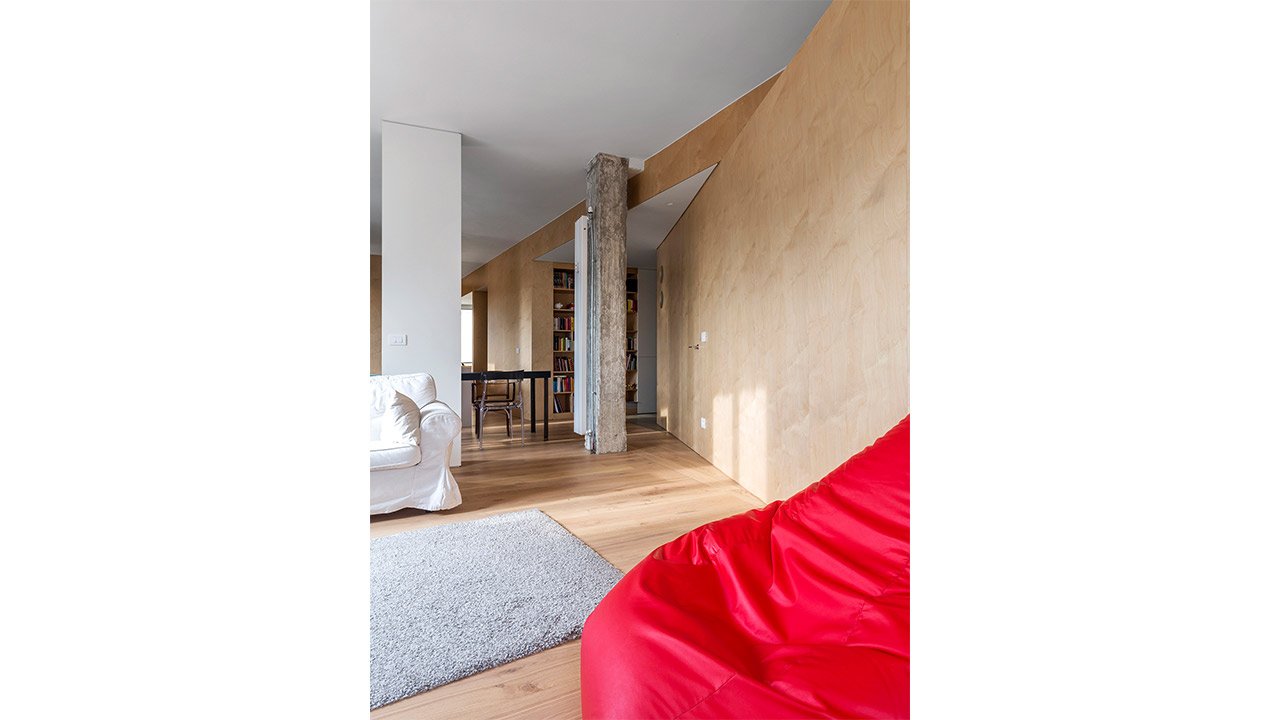 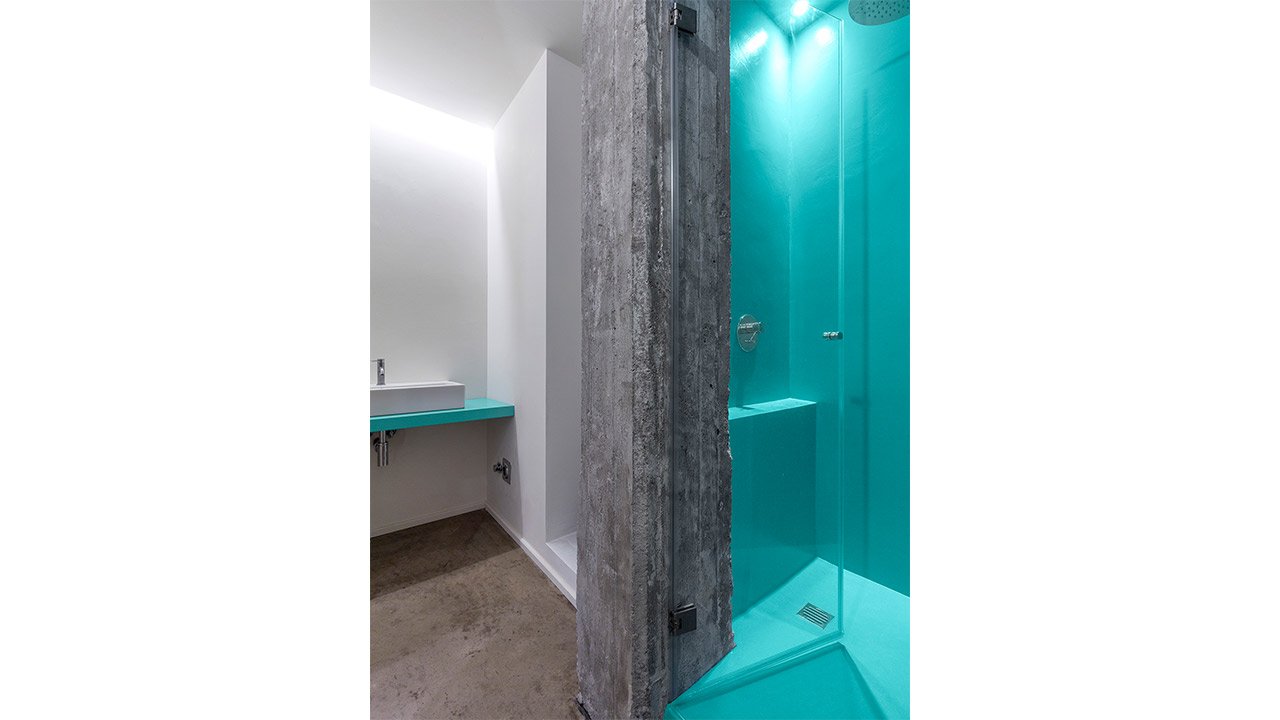 BLAARCHITETTURA
BLAARCHITETTURA is an international architecture firm based in Turin, Italy. They have a second office in Cuneo, Italy and a third office in Brooklyn, NY, USA. Since 2011 it has been working in the field of Architecture, urban planning, big exhibitions and interior Design. Works are published on major magazines and journals. They firmly believe that Architecture is the assembly and composition of elements and functions in the three dimensions. The team is founded by Alberto Lessan and Jacopo Bracco and is currently completed by Cristina Cimarusti (USA), Davide Minervini, Thomas Pepino, Alberto Cout, Eudes Margaria, Jessica Marsengo. Blaarchitettura partecipated in conferences as speaker and recently won the award of Architetture Rivelate 2017, promoted by the Chamber of Architects of Turin.
http://www.blaarchitettura.it