Project to fabbricate a winery with vinification, processing and ageing capabilities for wine in the famed Borolo wine production region of Piedmont, Italy.

This project regards the realization of a new bi-level winery to use for bottle storage and wine ageing cellars which is integrated with an existing production structure on the property.
For the realization of the new winery, a hill was excavated to allow for construction
of the foundation in reinforced concrete.
Upon completion of the foundation structure and waterproofing, the earth was filled back in around the outer walls in such a manner as to return the hill to it’s original shape, insuring a minimal impact to the environment and maintaining the original profile of the vineyard.
The choice of materials for the external walls was premised partially on the
productive cycle and ageing regime of Barolo wine and partly with an eye toward
preserving the beauty of the hill towns surrounding the site. Used oak staves from the same barrels that the Barolo wine is stored in were deemed the perfect choice as they can best transmit the warmth, aromas and structure, that it gives to the Barolo its identity.
Particular importance was given to the existing structure on the property of Cascina La Brunella who’s tower dominates the property and the surrounding vineyards. For the new winery it was decided to utilize an archetectural style with materials different than those of the exsting cascina (farmhouse) in order to avoid giving the impression of a false old-style building. As a result the new structure stands out, allowing both to benefit from the proximity to the other, each with its own archetectural style.
The exterior of the walls were therefore designed to be covered with barrel staves,
recovered from the winemaking process. These provided seasoned oak, immune to the climatic changes in the region and another link tying this new structure to its heritage.
The building’s western front was designed with oversized glass windows affording a panoramic view of the surrounding vineyards and hills which are easily viewed through the windows of various sizes and heights which follows the lines of the surrounding terrain to be oveserved unobstucted. All comes together in the tasting room with it’s large glass walls facing north and west, and an elevation which nestles it in down within the surrounding vineyard, affording a unique panorama unlike any in the Borolo valley, looking out on the villages of Barolo, La Morra, Serralunga e Castiglione Falletto.
The eastern front is that most closely linked to the work cycle as it embraces the
bottling line, labeling machine and packaging equipment as well as the basement with the ageing cellar which is also reached by a an external paved road dug into the hillside and supported on either side by retaining walls in reinforced concrete.

The southern front is characterized by an entry area used as a storage room.
The choice of material to cover the roof was was made with the same consideration of a new structure adjoined to an older one and the sensitivity to the different archetectural styles. As a result the same form was used, but reinterpreted and restyled in a form that characterizes the morphology of existing construction. The roof was covered as a result with copper sheeting.
In this manner a very clean form was achieved with all rain gutters and drain hidden, affording affording clean lines.
Waste water is handled by a subirrigation grey water and black water from the
toilets the waste water from the winery is instead pooled in a 20-25 cubic meter tank positioned outside the winery.

Bi-level structure of reinforced concete with brick interior between the reinforced pillars on
the first floor. 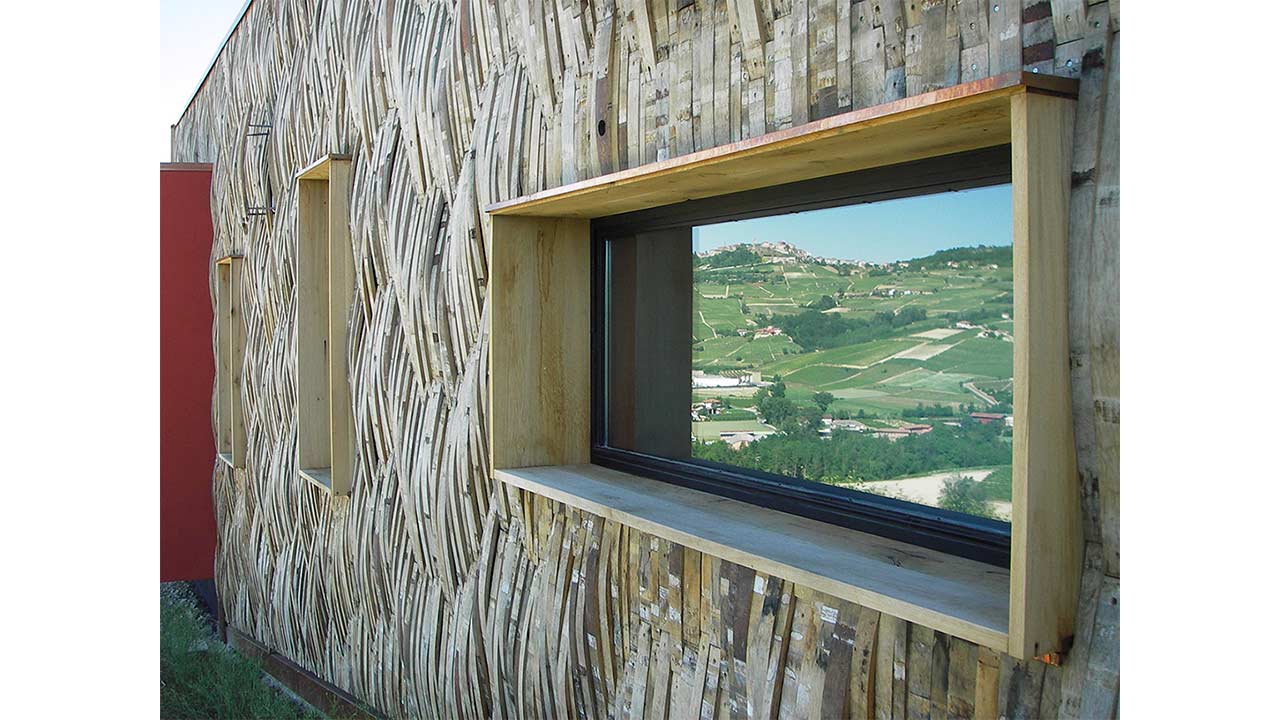 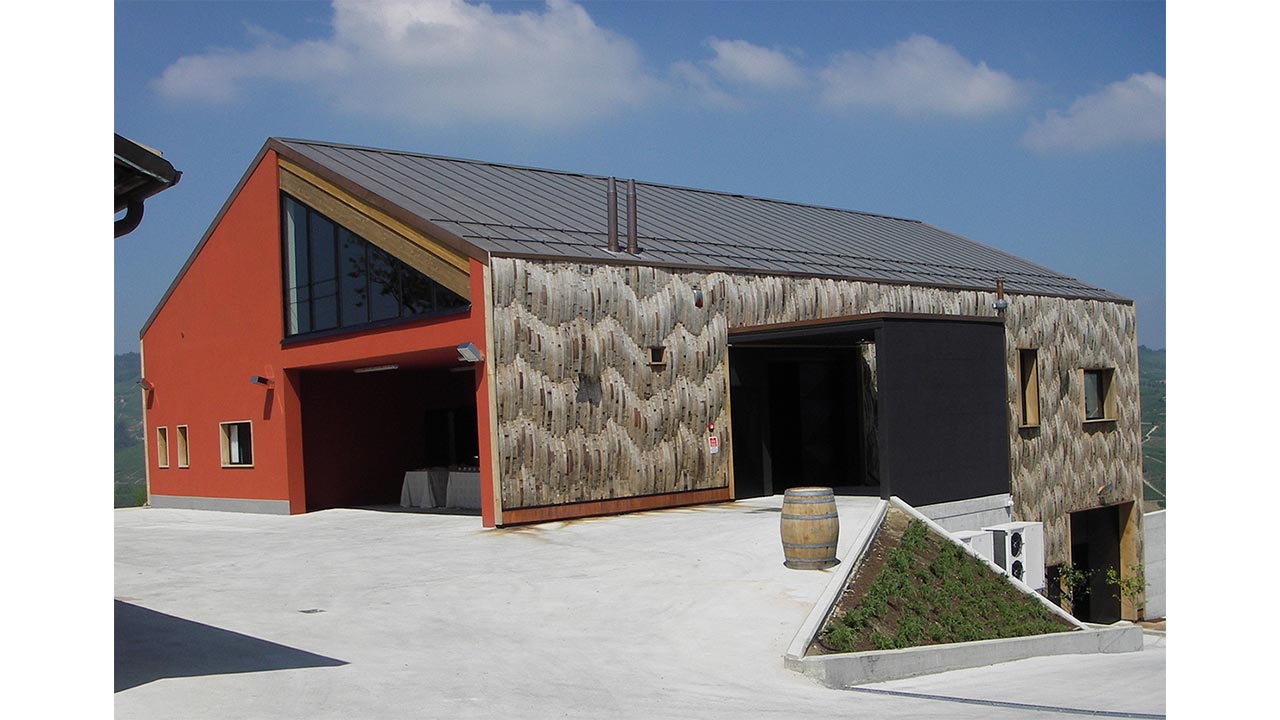 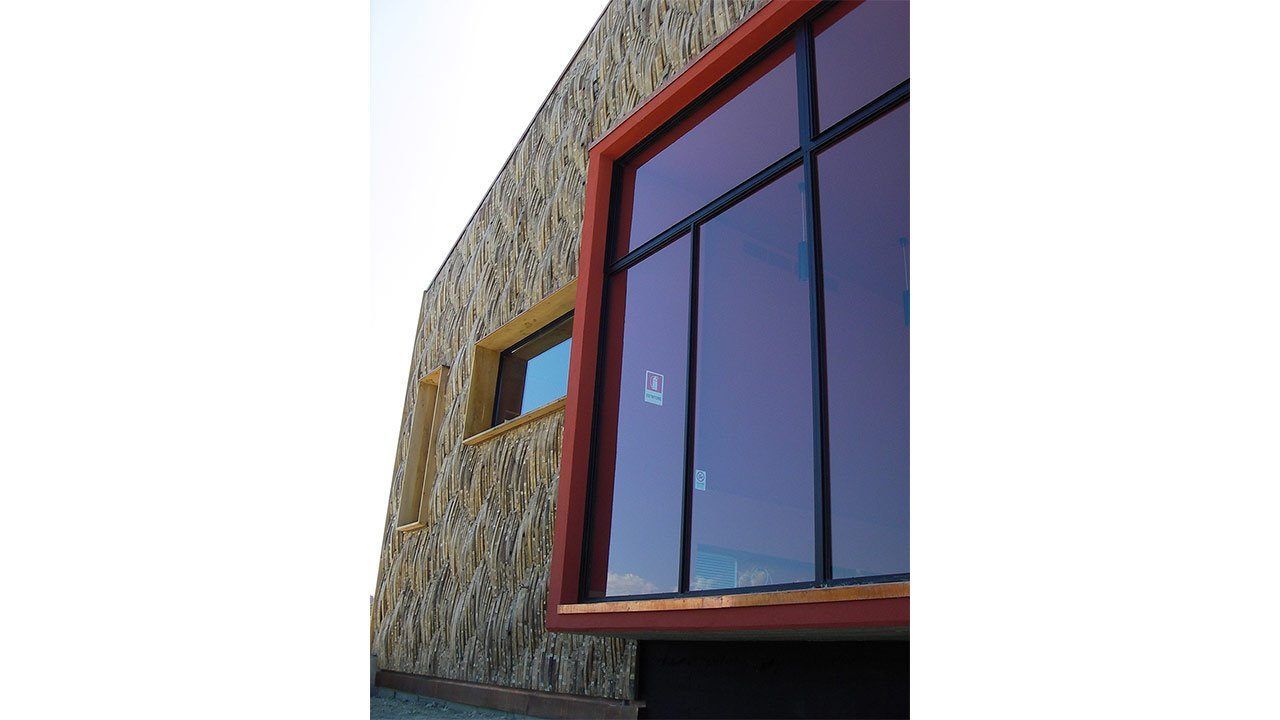 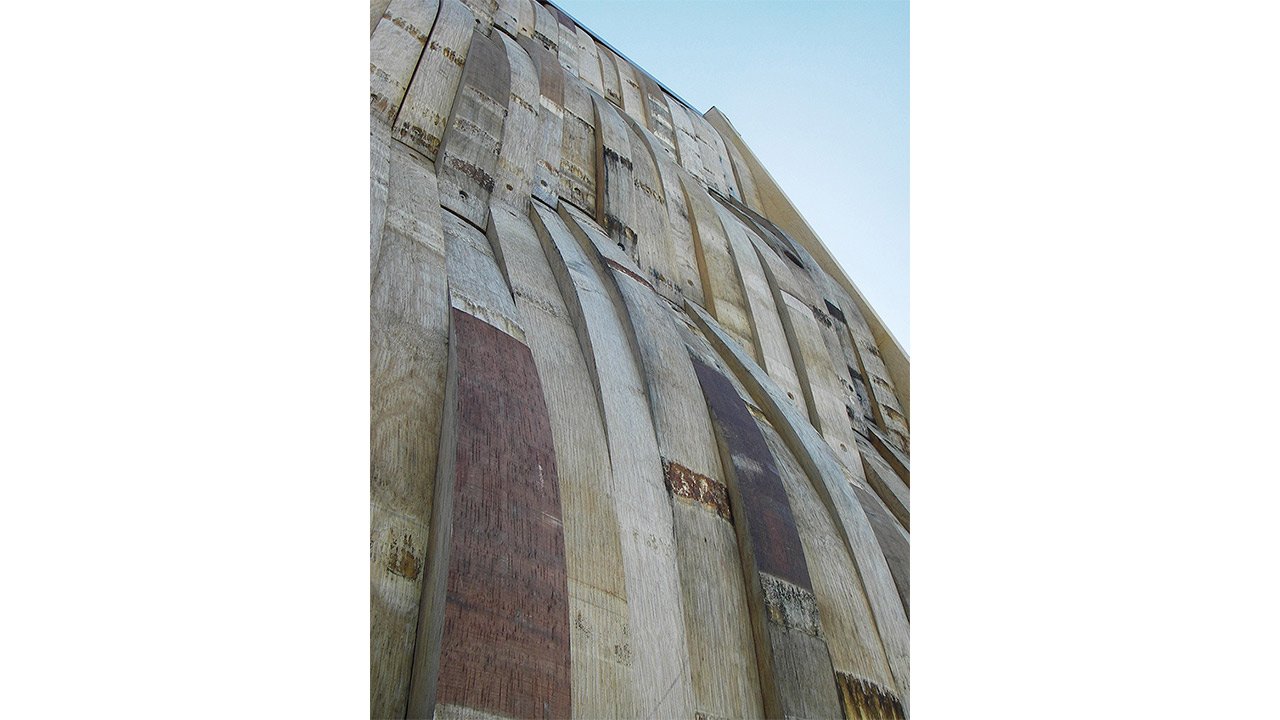 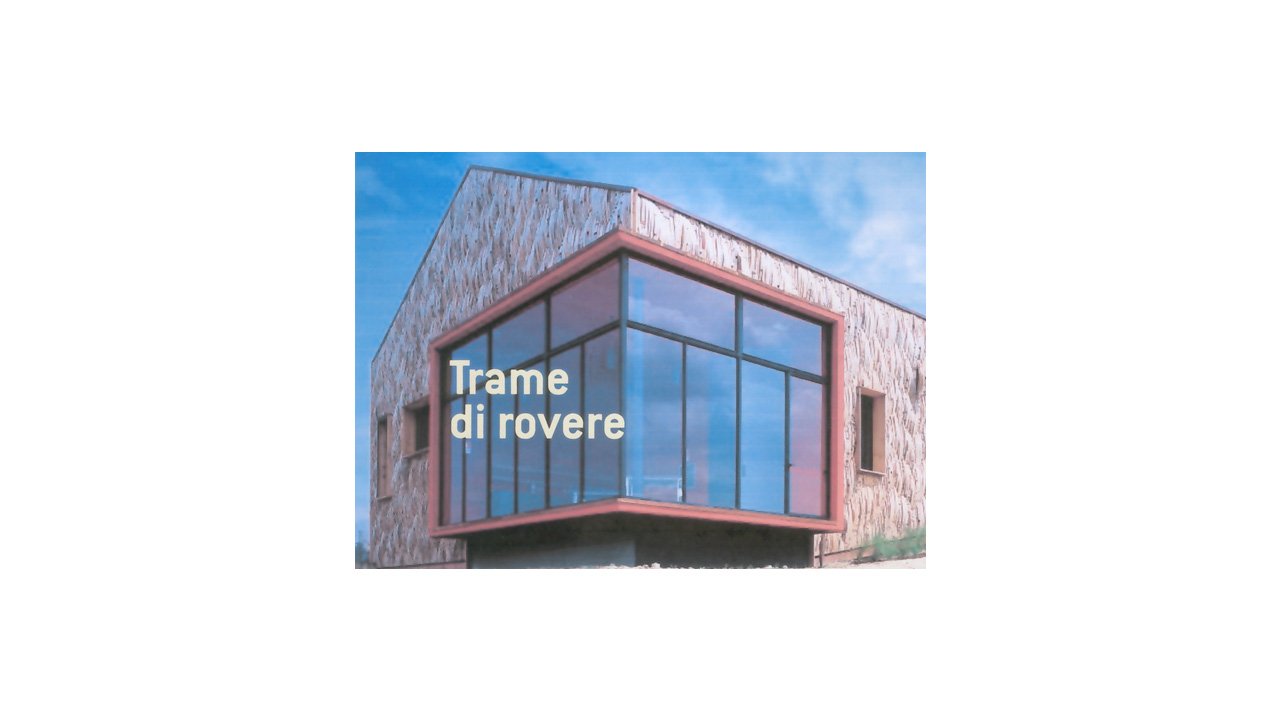 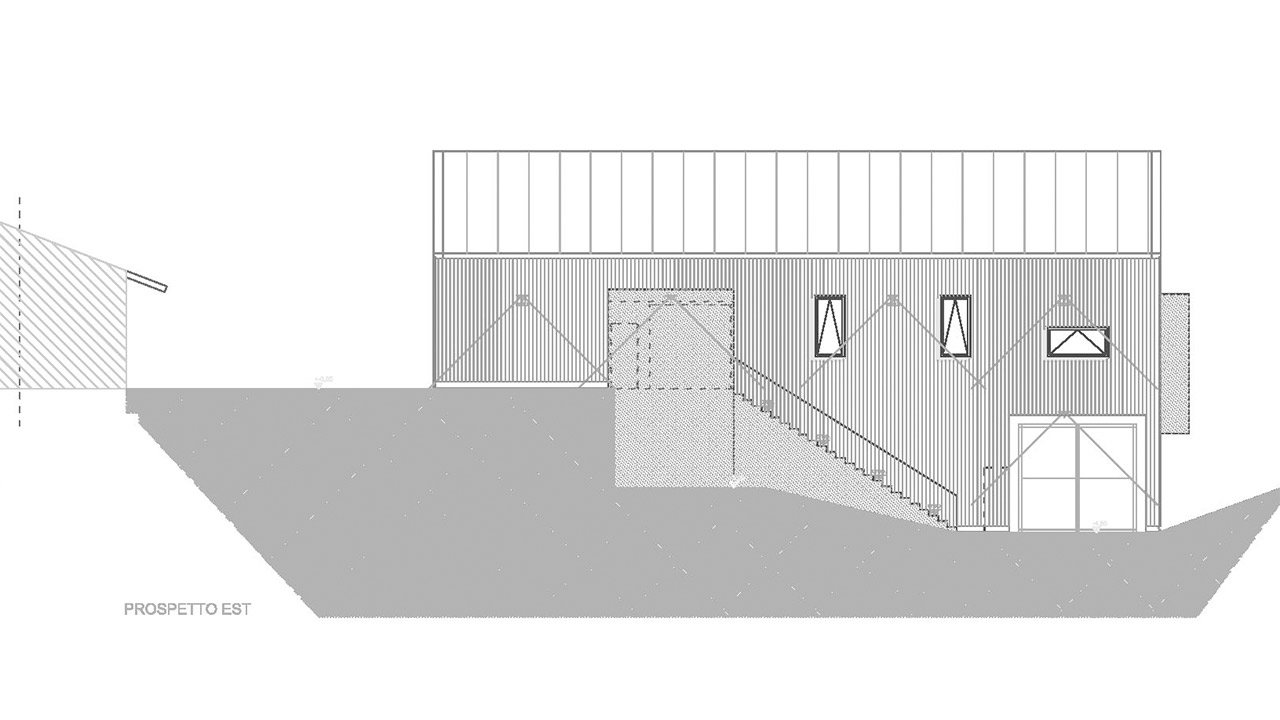 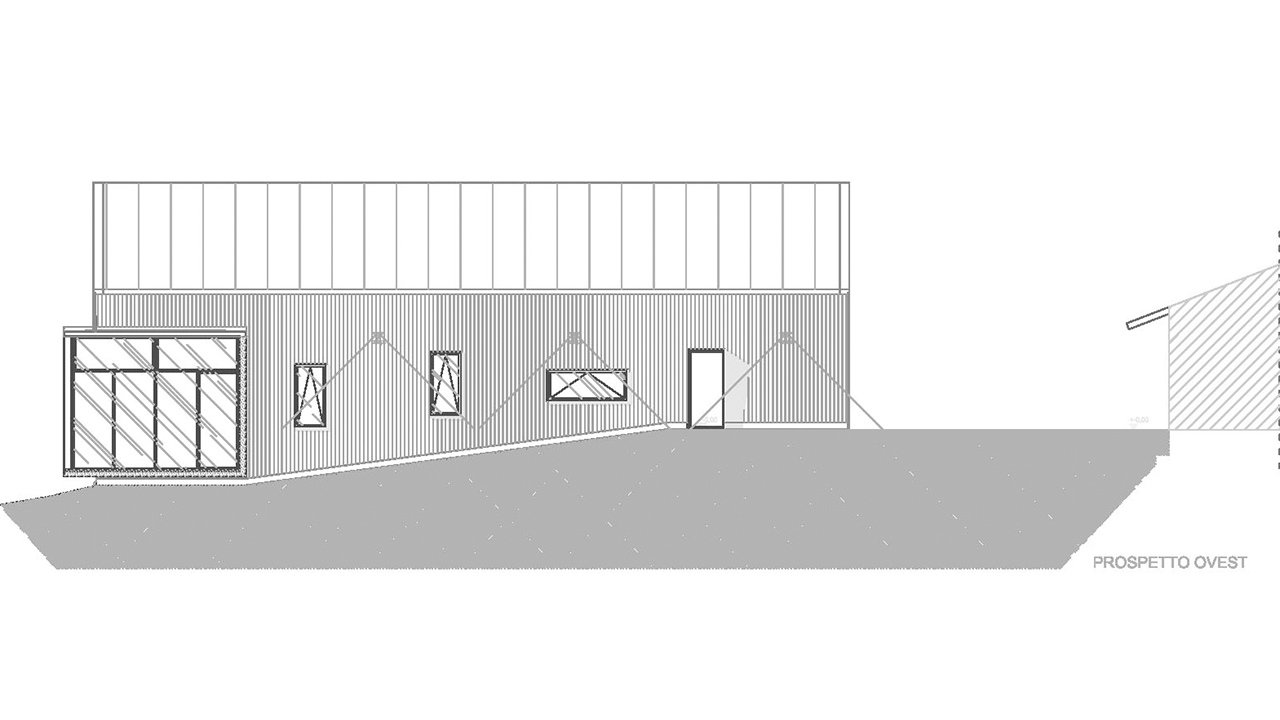 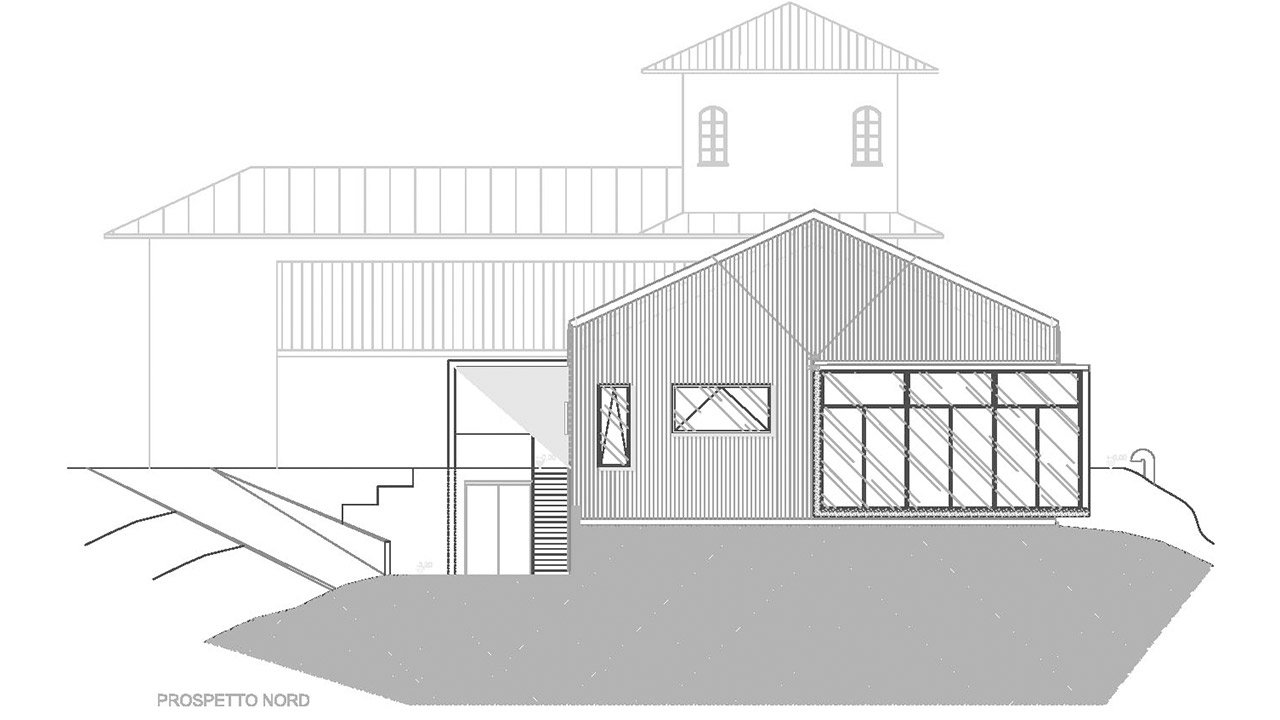 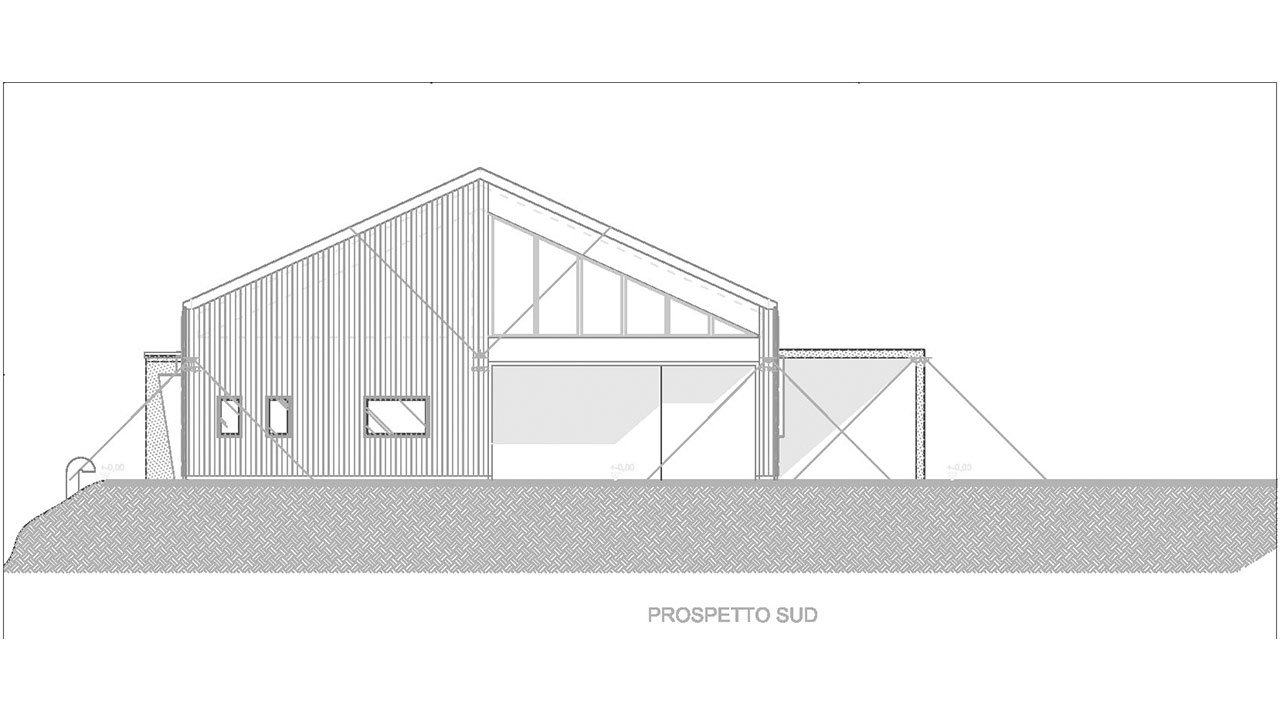 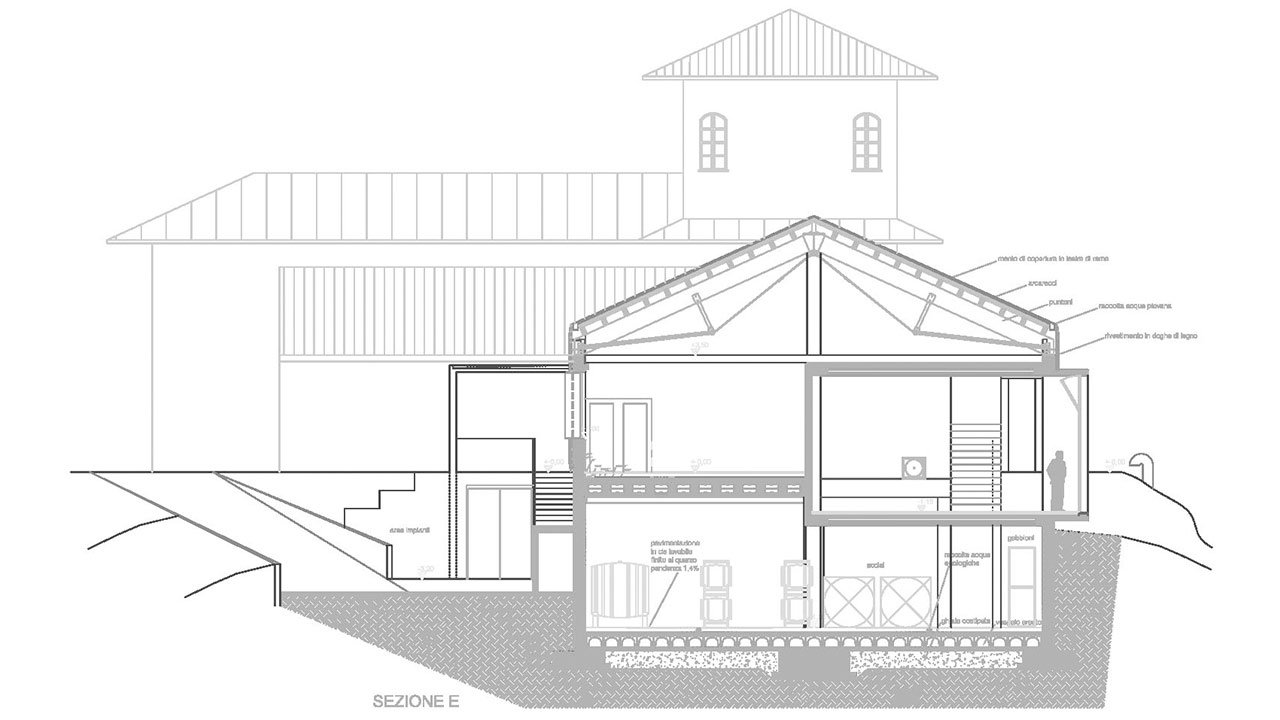 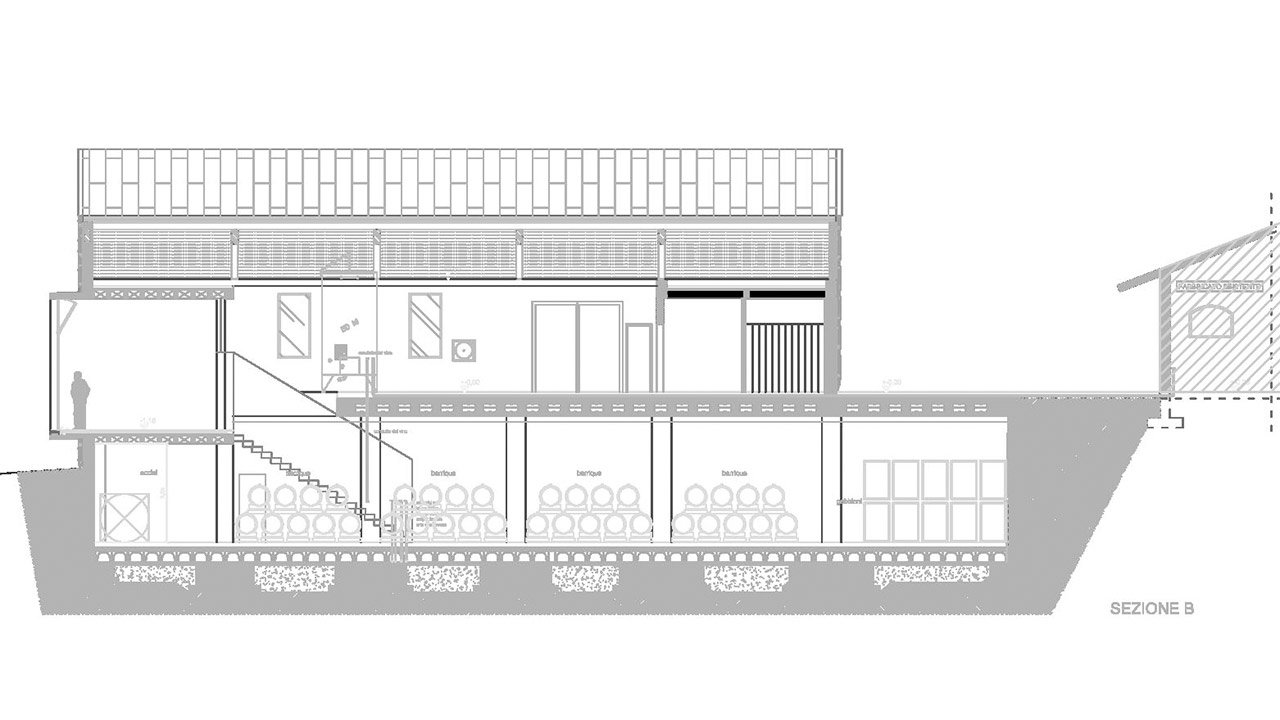