CORBULAIT, designed by Gabriella Loi and Urszula Grodzicka, express the simplicity of rural life: the traditional wool processing “Sardinian corbula”. As a matter of fact, the Corbula is a basket that usually has medium and large dimensions, in order to contain large quantities of bread and it looks like a cap with a triangular profile. Usually you can find red, yellow and black corbula. Moreover it has in its center an anti-clockwise spiral that represents water and Goddess.
The “corbula” processing represented a fundamental moment of socialization among sardinian women besides guaranteed the tradition culture and local values survival.

The sardinian natural wool is the project main theme, renewed in its concept and function. One of the mail feature of Corbulait stands in the representation of Sardinian territory and tradition: as a matter of fact this project aims aswell at spreading the sardinian wool traditions besides its stereotypes.

CORBULAIT is an attractive and modern lamp: it is a sophisticated furnishing object able to recall ancient values and at the same time able to compete with similar technical and stilistic experiences.

The simple lines of CORBULAIT, characterized by soft and comfortable surfaces, pleasant to the touch, with a hand-made look, are characterized by the use of large wool threads in concentric spirals that recreate the typical concave basket. CORBULAIT thus can renew the image of an astonishing territory through simple shapes and pure colors,

The use of Sardinian wool guarantee the product quality and its environmental sustainability: in fact once the CORBULAIT has been used every single elemento f the different lamps can be reused for different purposes, for example the raw waste wool can be used as filling material for cushions and sofas.

Annother important feature that distinguish the whole series of lamp is their economic feasibility as demonstrated by the fact that the floorlamps cost 500 euro, that is highly competitive if compared to similar models which price ia about 1.300 euros.

For all those reasons and for being aswell an innovative and artistic expression of the Sardinian tradition, an excellent memory for tourists of this beautiful island, the Corbulait product series can be thought as a competitive objects both at the small and large distribution  level both at the National and international market level. 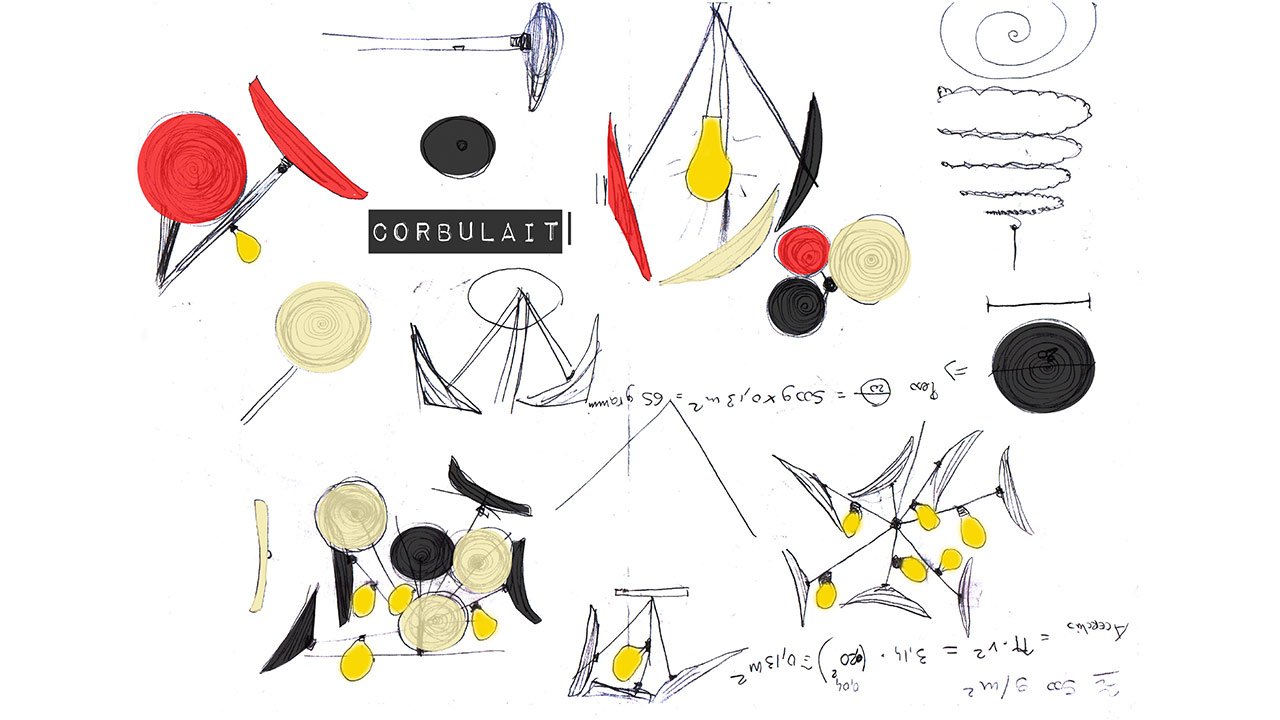 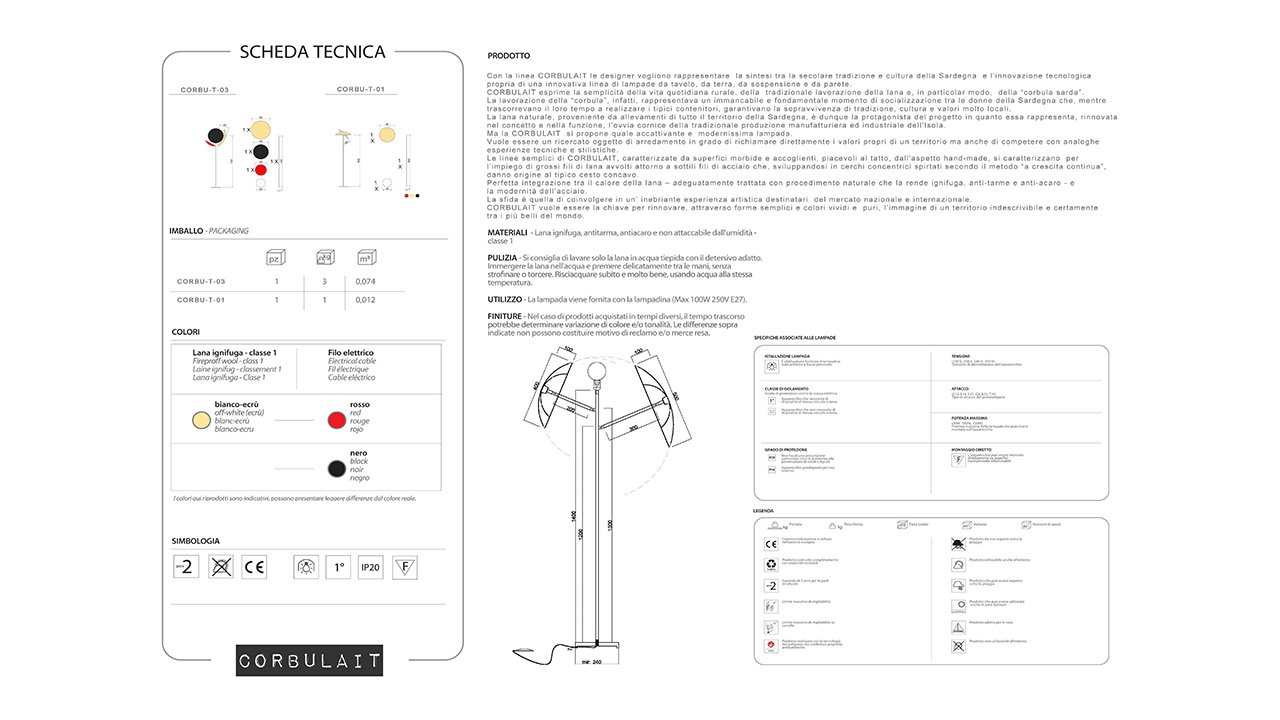 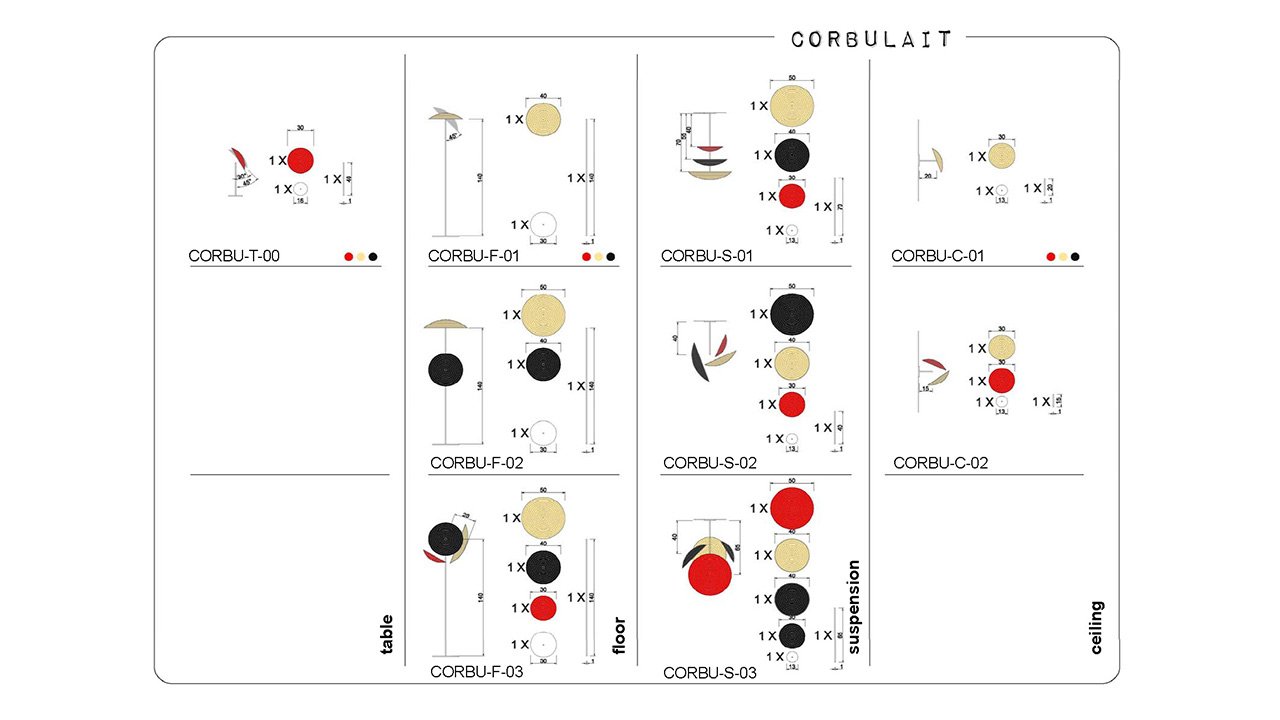 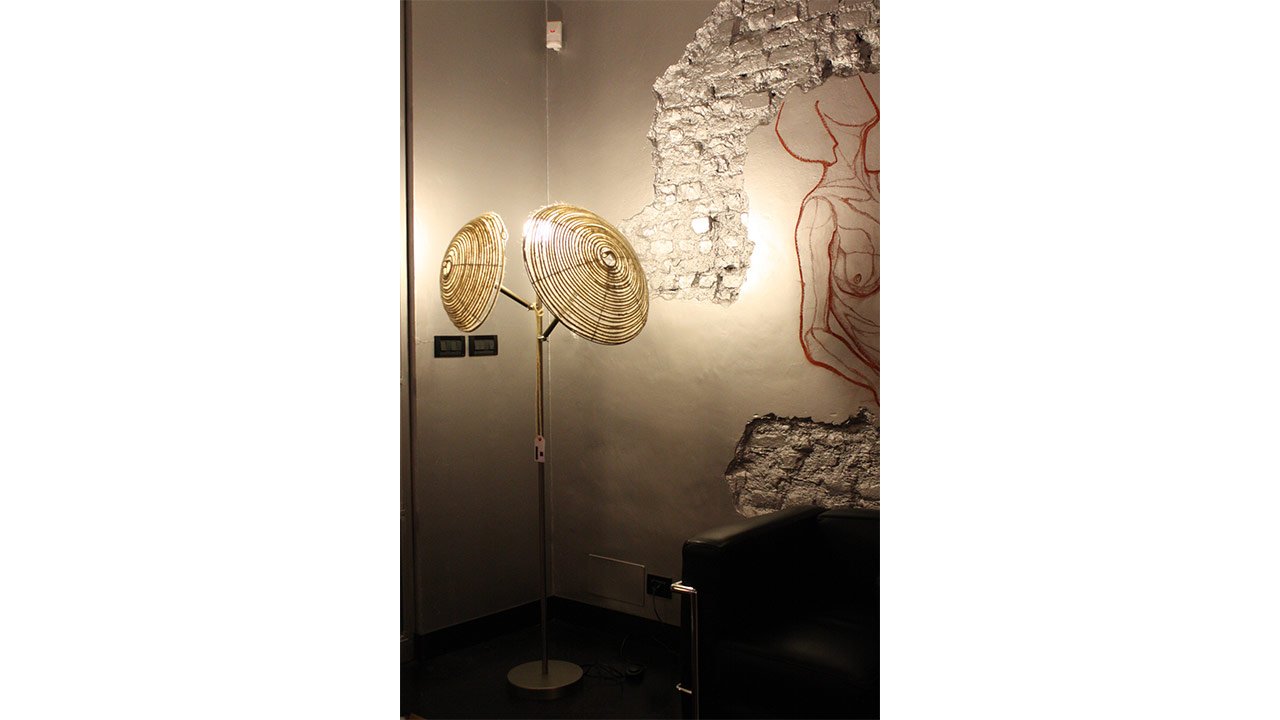 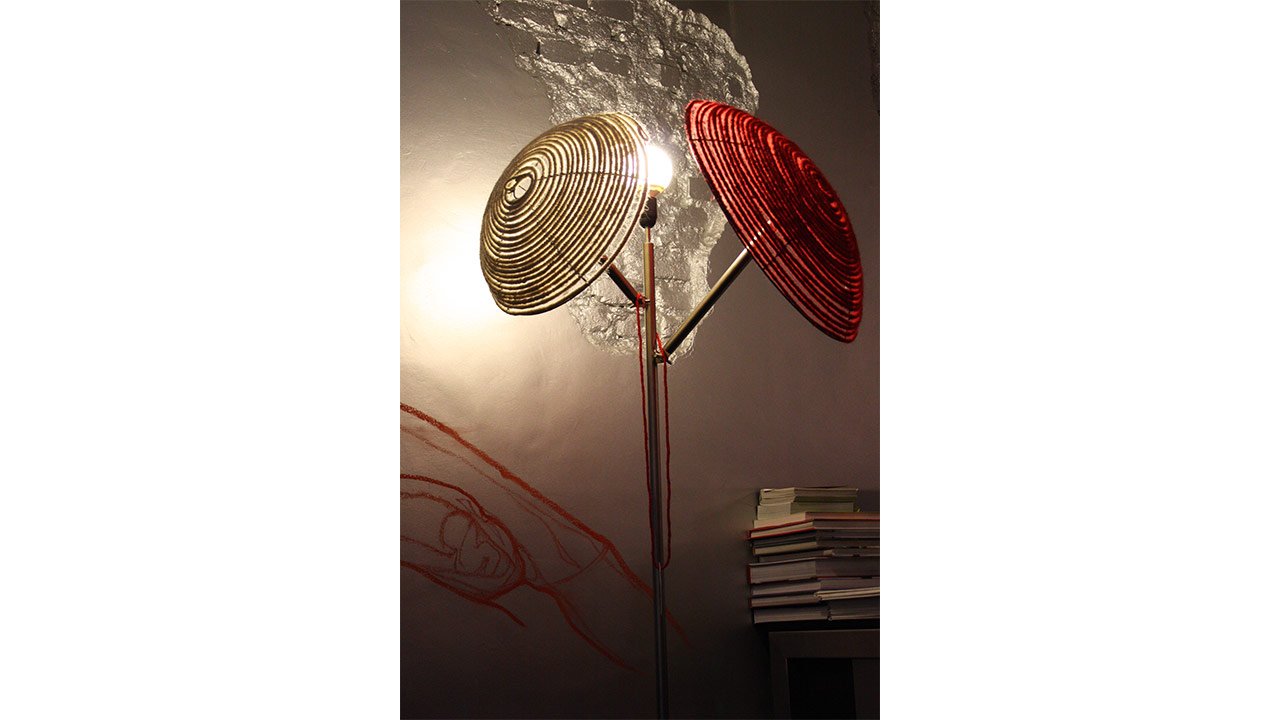 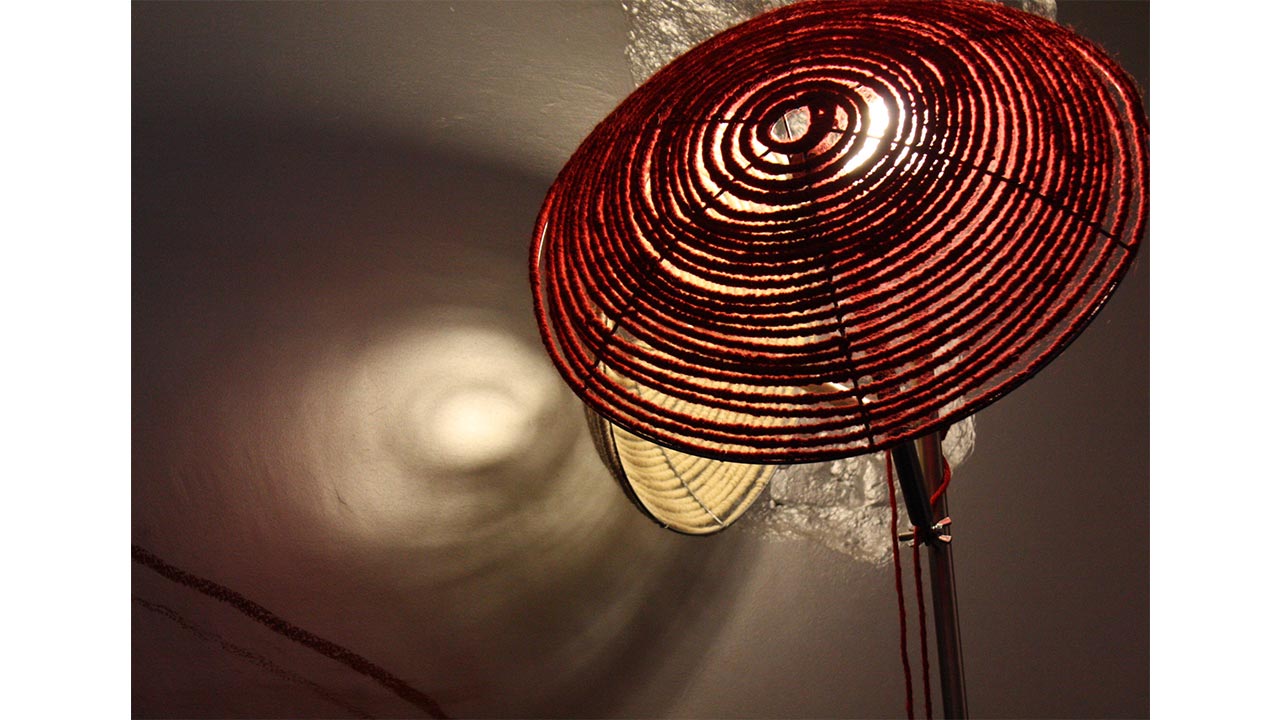 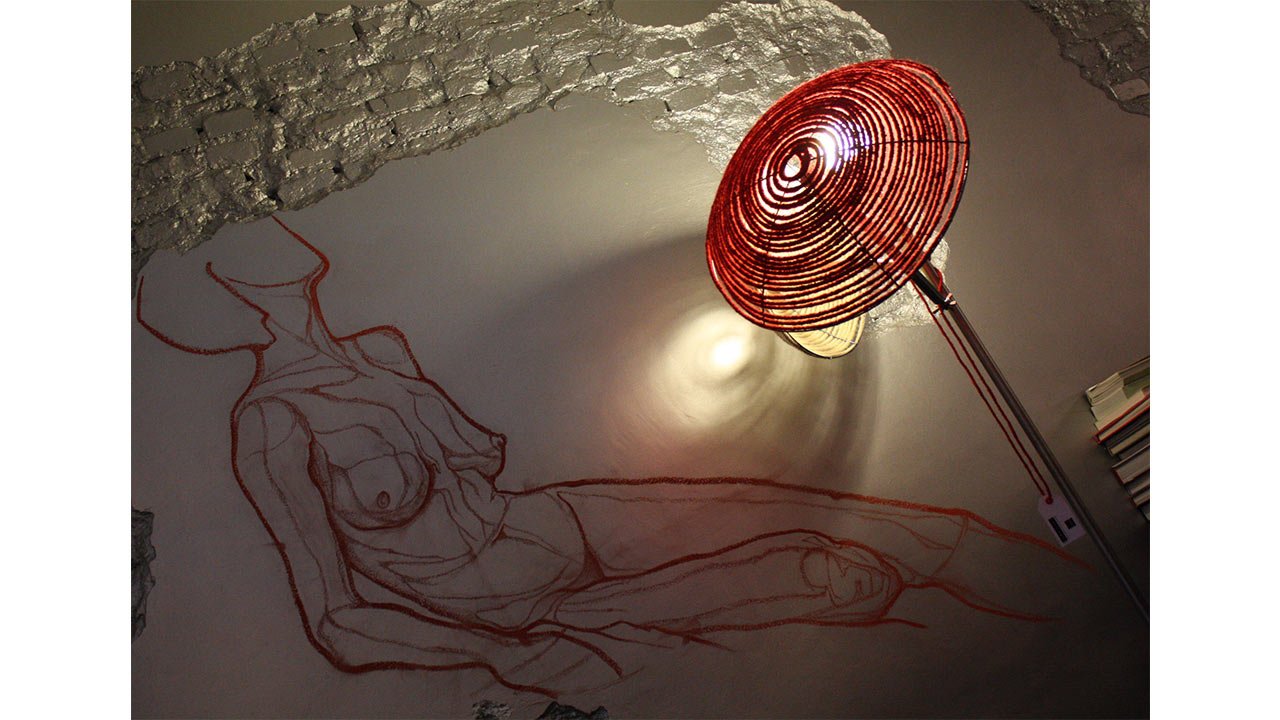 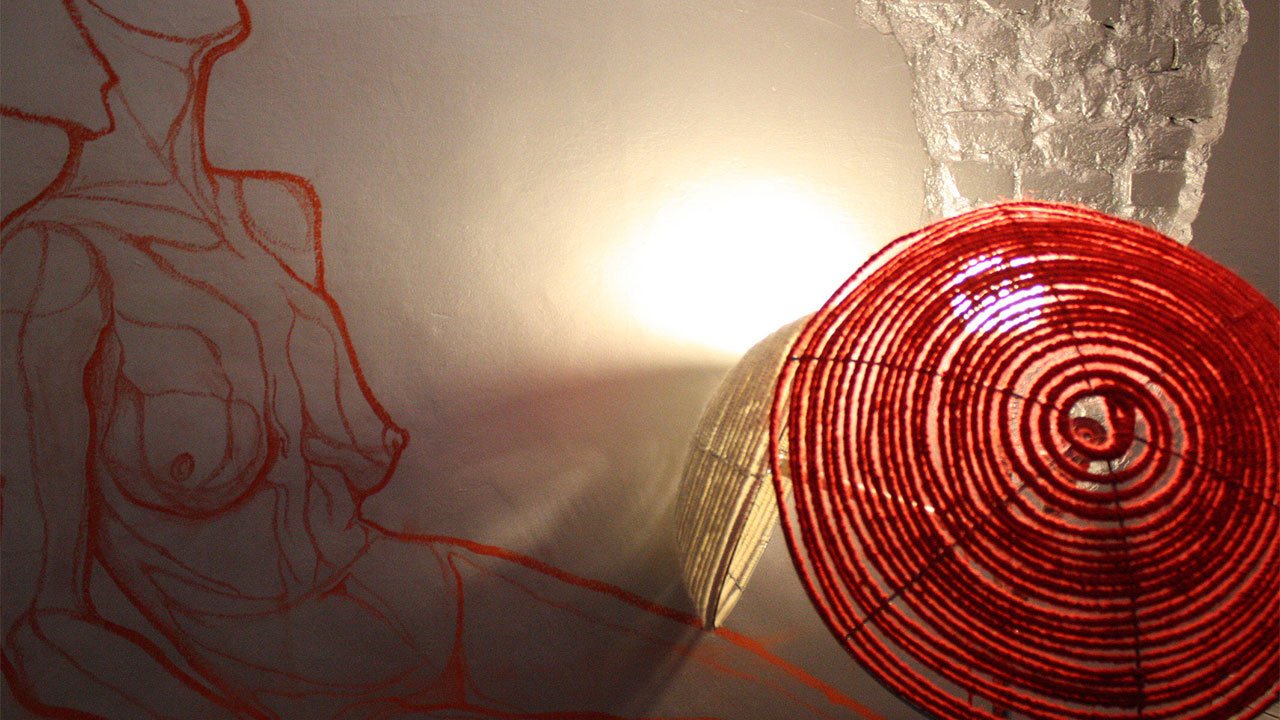 Corbulait lamps are mainly made of a steel rod that varies in length according to the model (table, floor, wall) with a rounded iron base. The Lamp may have one, two or three steel arms, that are tied to the main stick through a special steel knot which allows to adjust the rotation. The bulb is attached through a lamp holder directly to the main stick. The semi-spherical hoods are attached to the arms and vary between 30 and 50 cm in diameter. The hoods are covered in raw fireproof Sardinian wool in ecru, red or black.
The manufacturer of the prototypes of the Corbulait line is LAPIS S.r.l. Via Castiglione 6/bis – 10132 Torino Tel. 011 8190609www.lapisdesign.netlapis@lapisproject.net 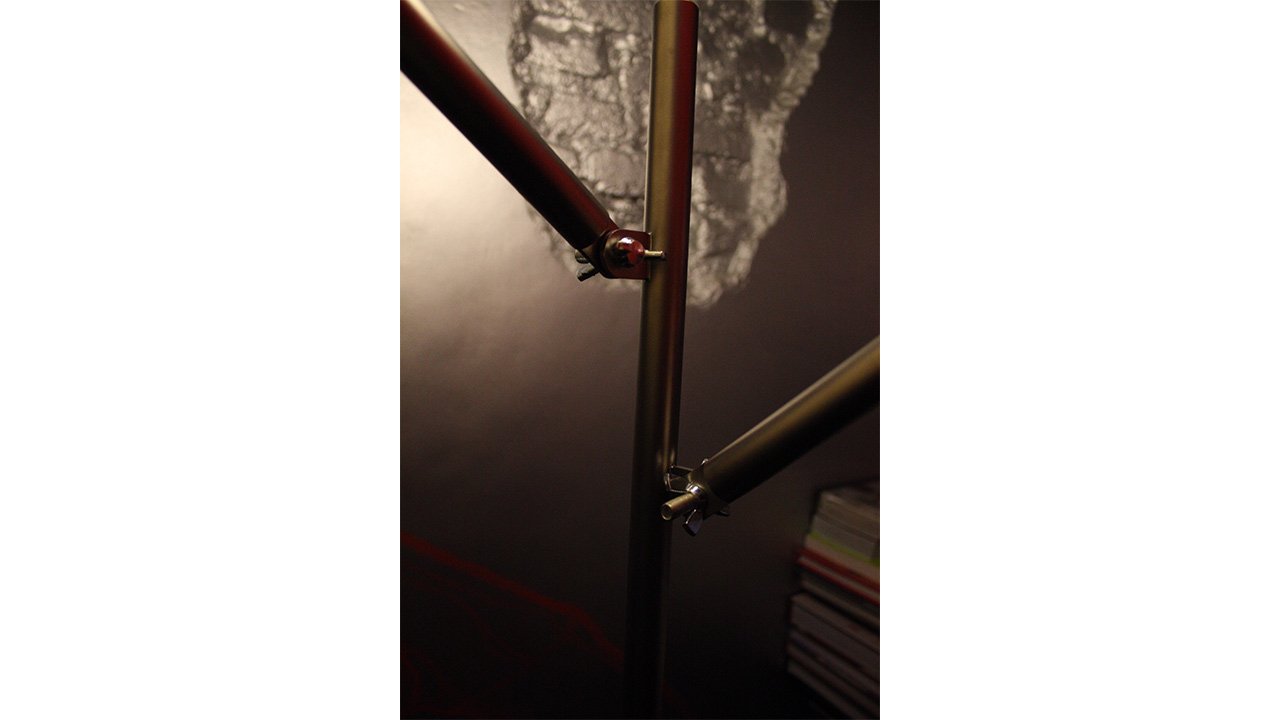 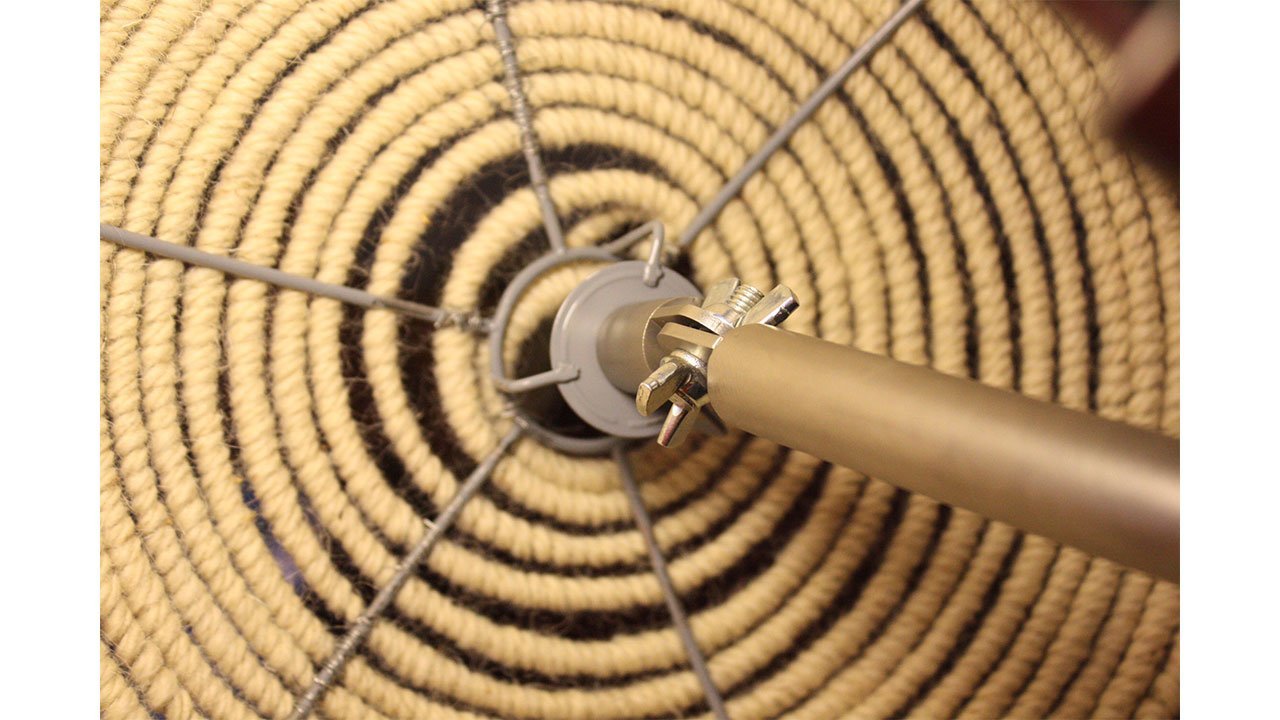 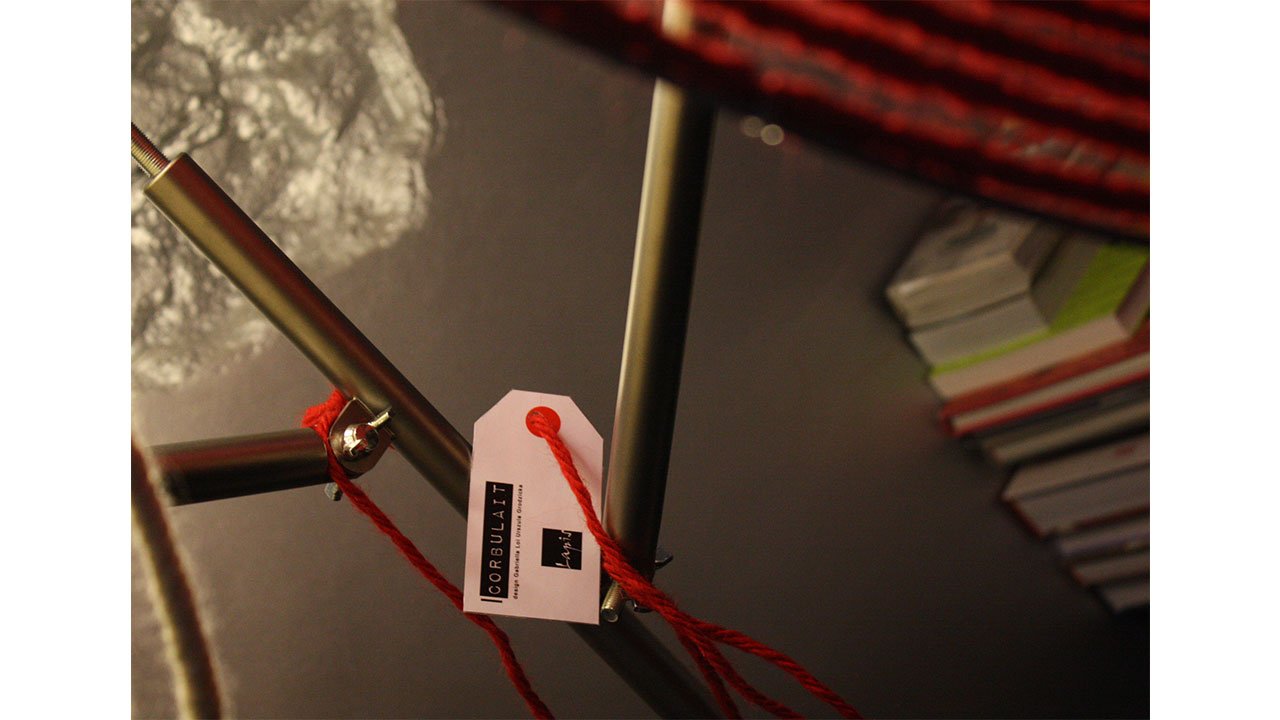 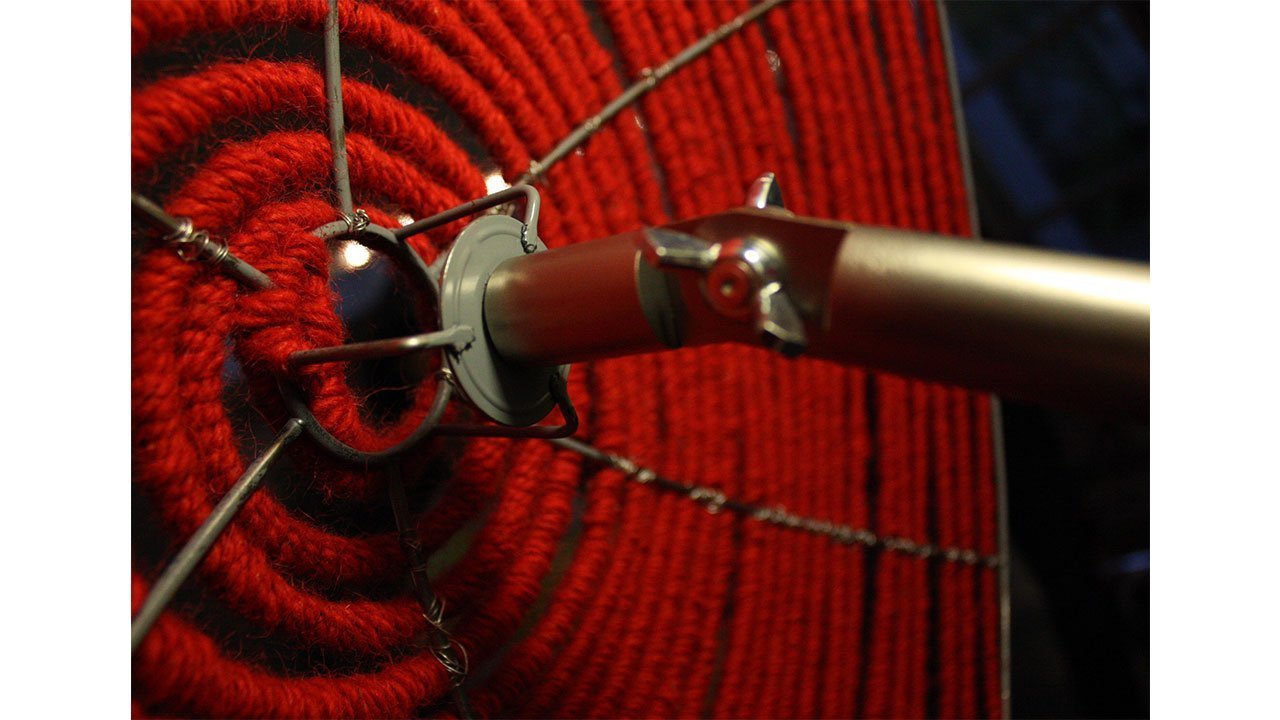 UG Architettura
Urszula Grodzicka graduated in 2008 at the Polytechnic of Turin (Italy) and at the Universidad de Belgrano of Buonos Aires (Argentina). She completed the Interior Design Master at the IED institute in Turin. She has worked in collaboration with different firms specialized in urban planning, architecture and interior design. Urszula Grodzicka started her own studio in 2012 and lives and works between Turin and Warsaw. Currently she is realising projects for private client, moreover she is a technical consultant and is participating to architectural competitions. In addition to the professional activity, she carries out photography projects.
http://www.ugarchitetto.com/

Villa Valentina, a home away from home.
Valentina Farassino March 4, 2019