The project is based on the contrasts between elegance and austerity, tradition and technology. The result is an elegant design.

Once you cross the threshold of the lift there is a small waiting room from which you can see the long corridor that connects the various functional areas of the plan.
The waiting room is configured like an alcove, bordered on three sides by black walls, half in super mirror steel, half in dark Valchromat: on walls there is a long wooden shelf that sometimes becomes a bench lighted by spotlights. Light materials on floor and ceiling color-balance the scene.
The corridor, from which the meeting rooms and offices have access, is designed asymmetrically: the executive offices and meeting rooms stand in a wall covered with american walnut where hyperbolic cuts in transparent glass show the austere and calibrated workspaces’ interior. In turn, the transparent glass walls are interrupted by the entrance gates as rigid and over hanging volumes in dark Valchromat.
On the other side a linear wall contrasts with the elegance of the curves and the wood and follows the path: it presents regular and squared niches lighted by LEDs, referring to the technological vocation of the company.
Within the workspace the white dominates and contrasts with the darker tones of the corridor.
Among the elements that emphasize the contrasts emerges the design of the light: the entrances to meeting rooms are highlighted by spotlights recessed in jutting volumes together with technical spotlights that run along the corridor. On the opposite wall lights designed by Fabio Fantolino, create a calibrate atmosphere and mark the presence of pillows and relax areas.
References to the ’50s run along the entire project: from Phanto armchair to the tables of the meeting rooms, designed by Fabio Fantolino where a rigid plank fenix is supported by a soft and stylized wooden leg.
The result is a warm and refined atmosphere, full of well balanced contrasts that demonstrates a great creativity in the fusion of function and elegance, technology and tradition, present and future, minimalism and decoration, static and dynamic. 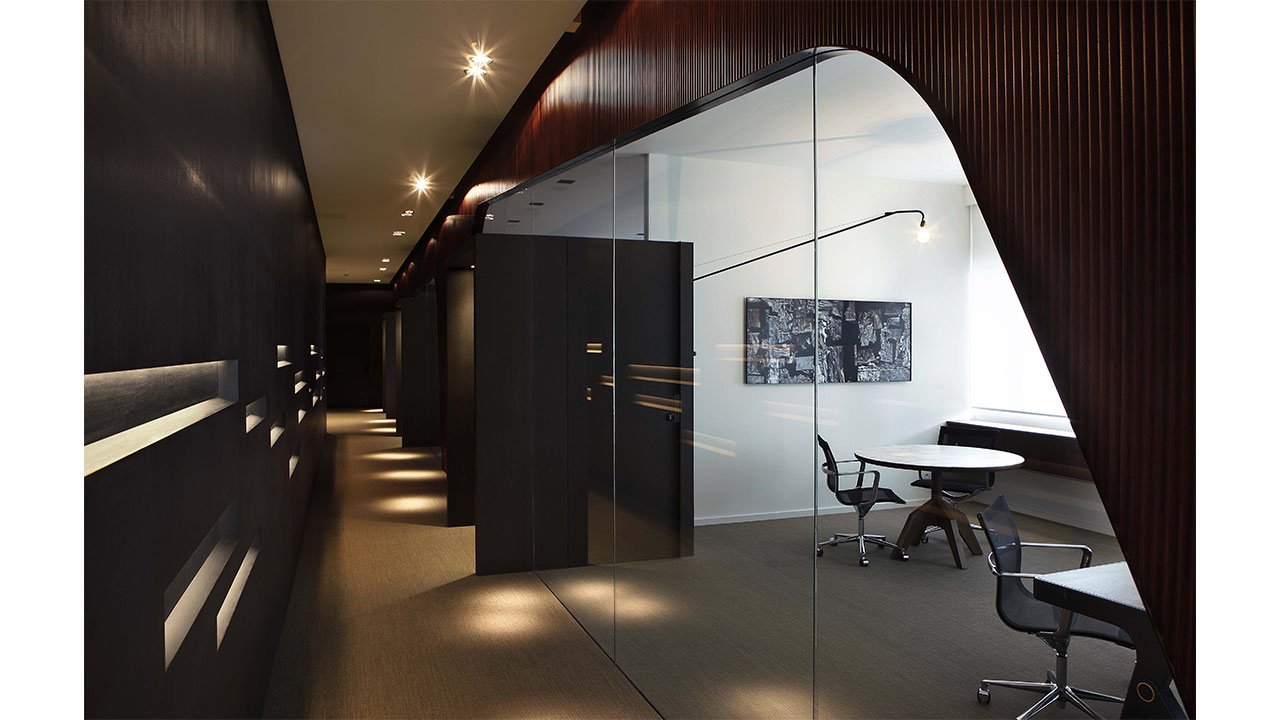 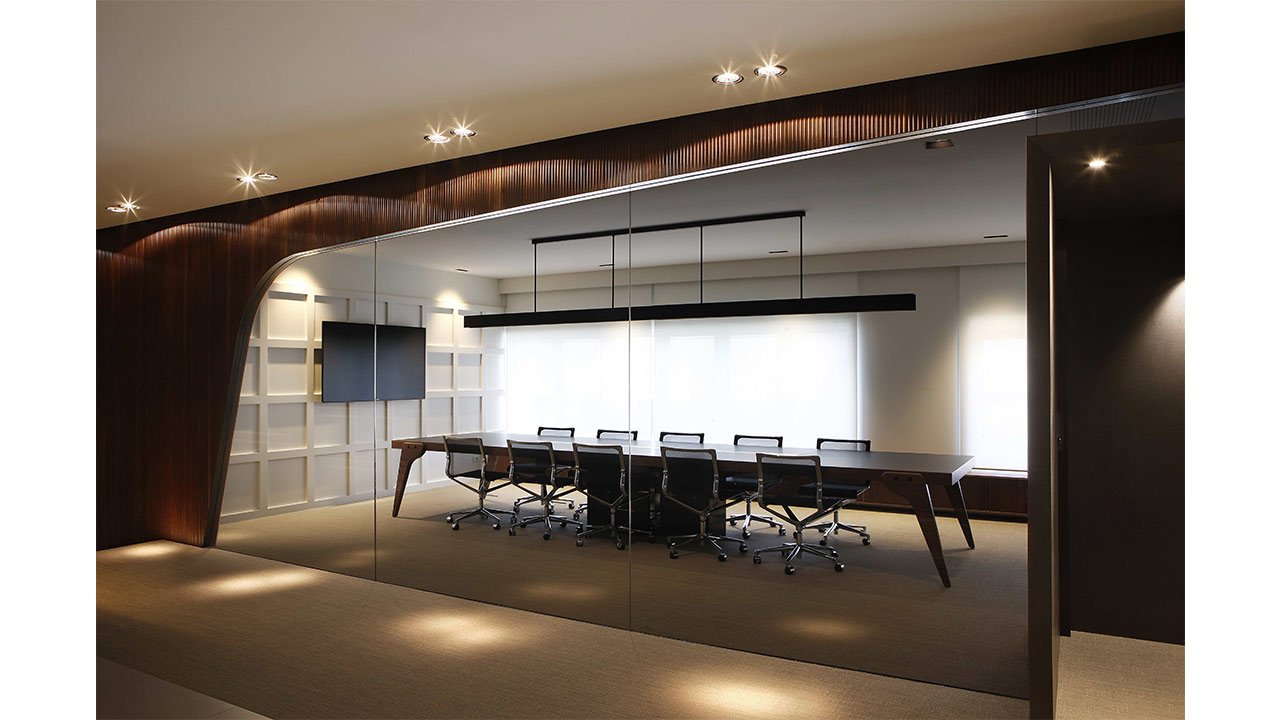 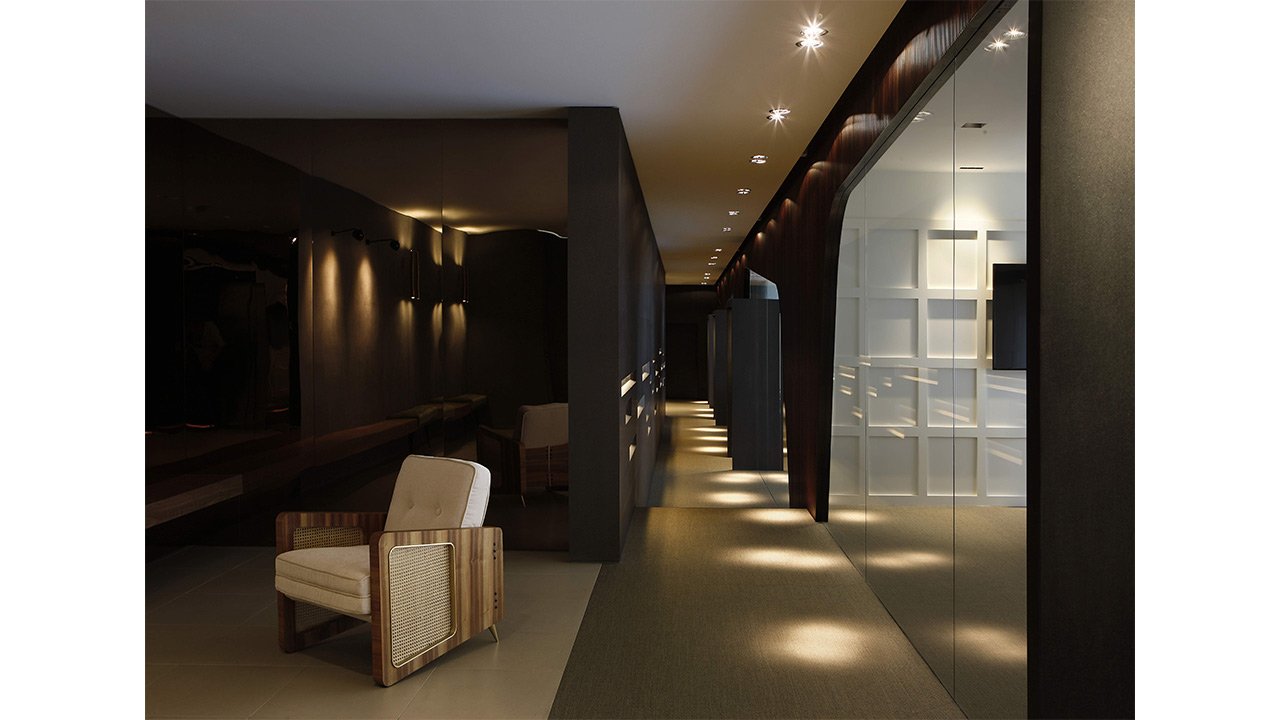 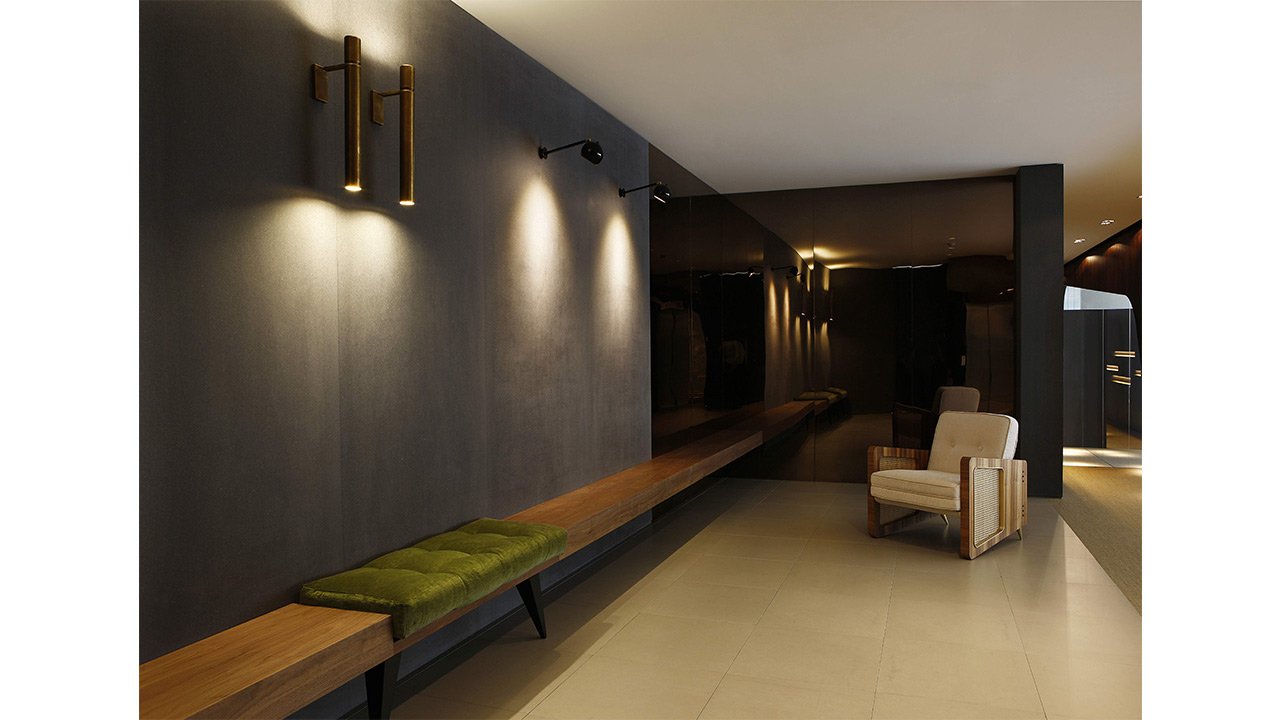 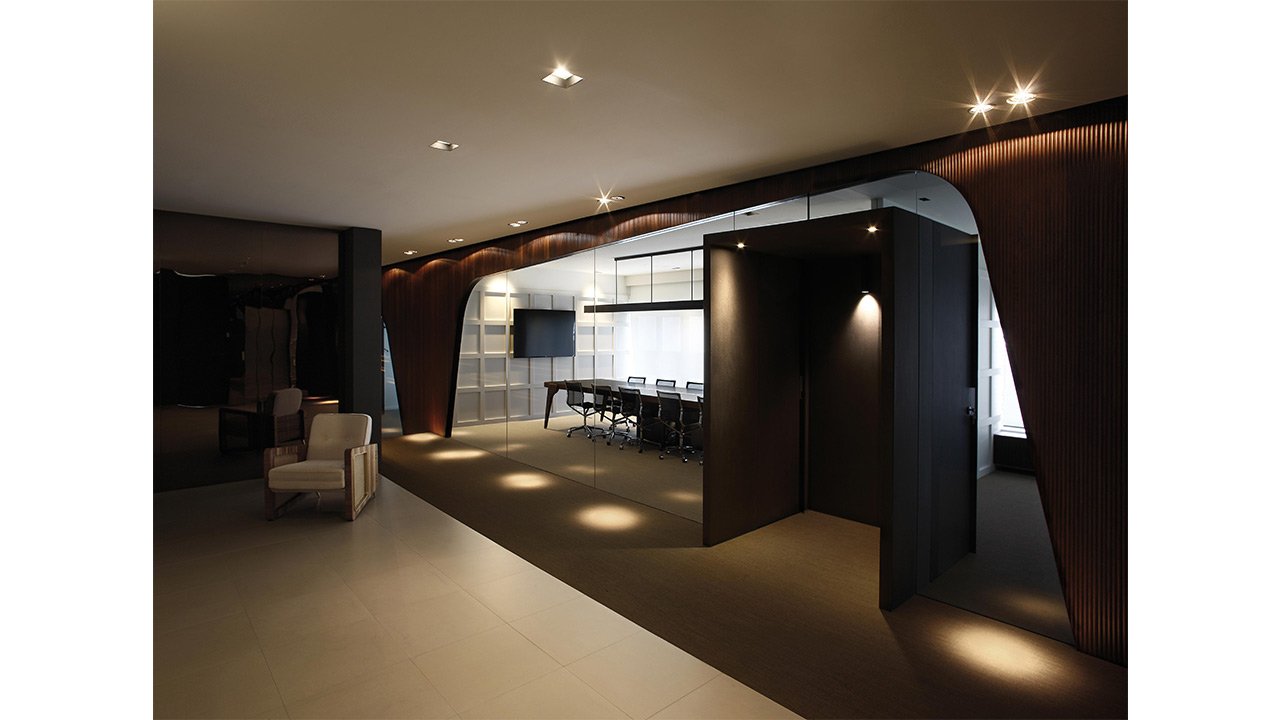 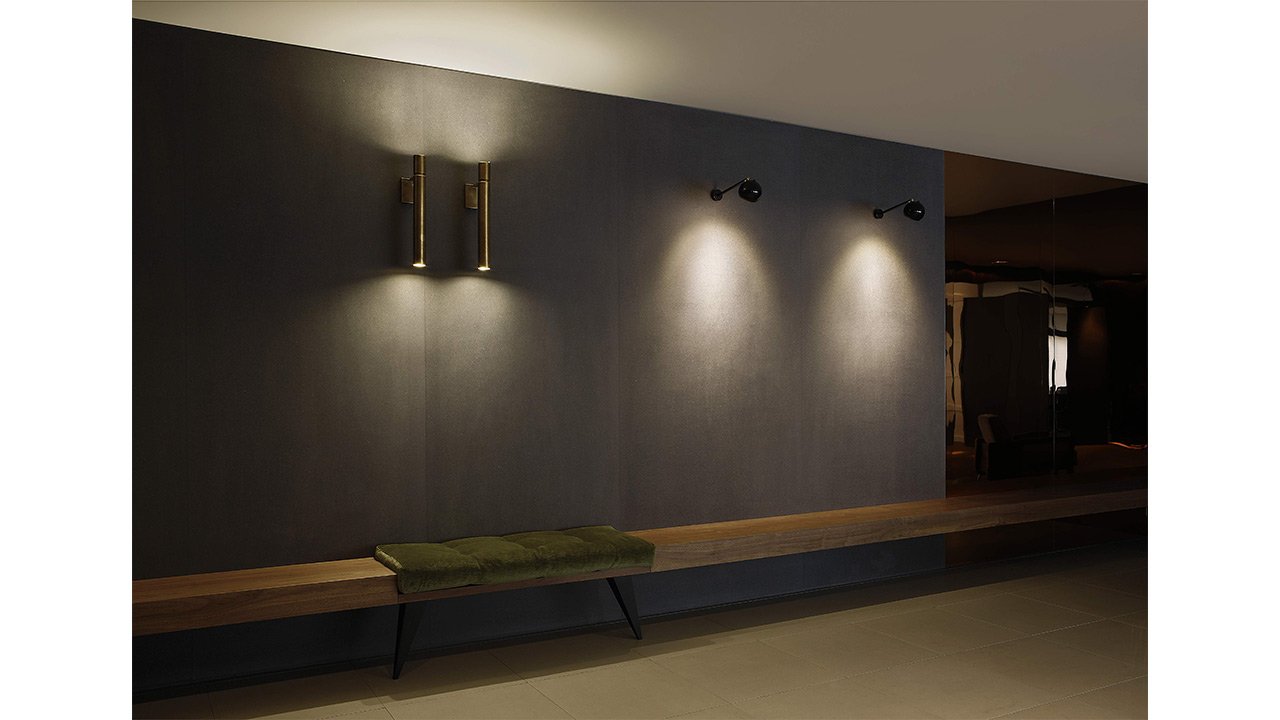 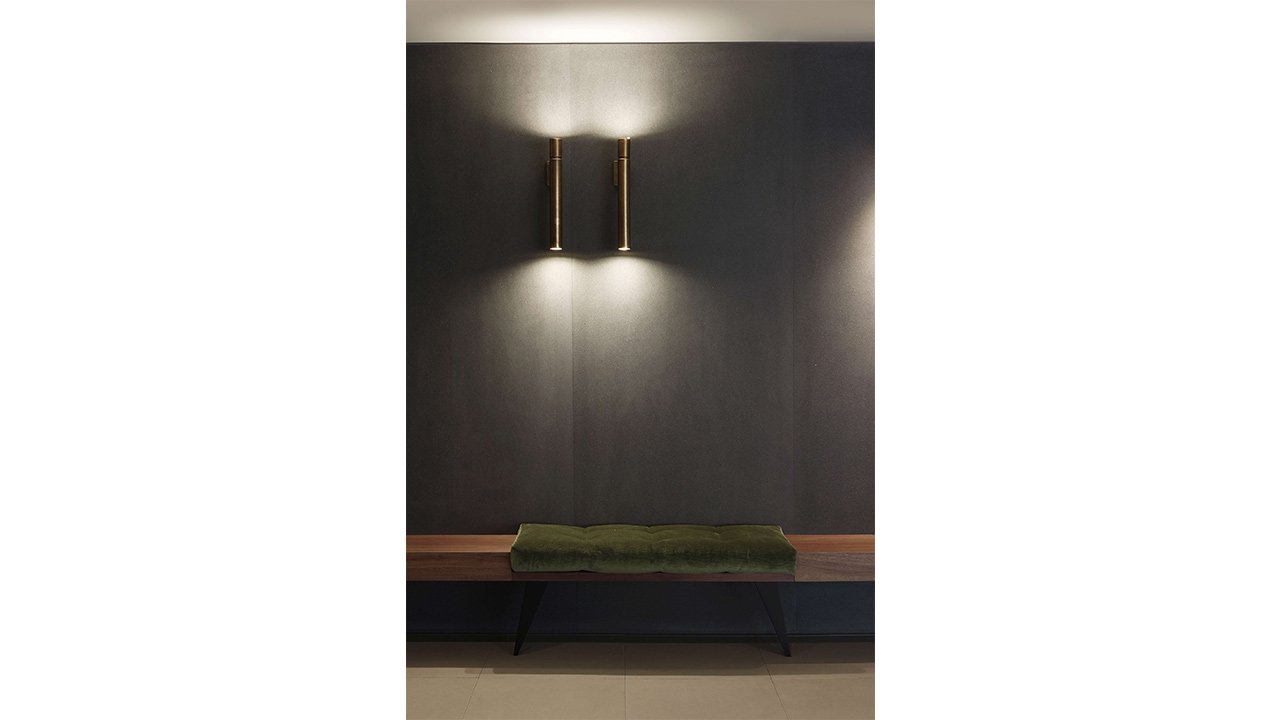 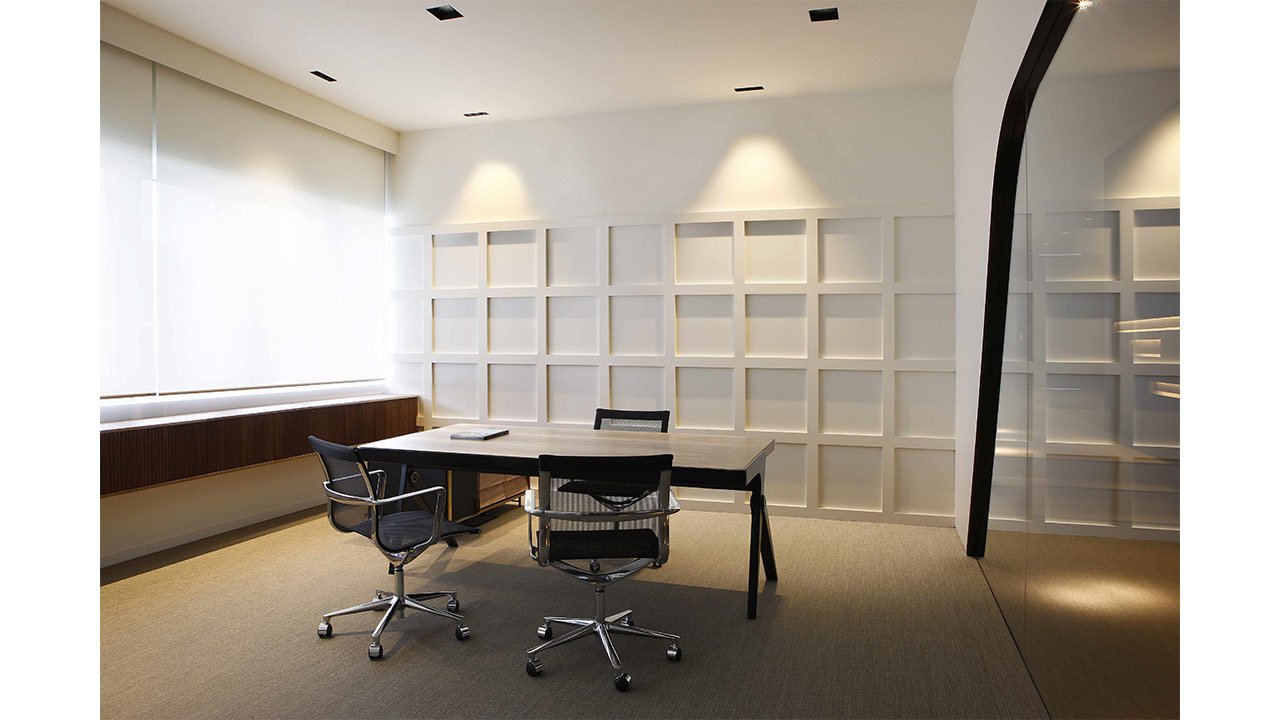 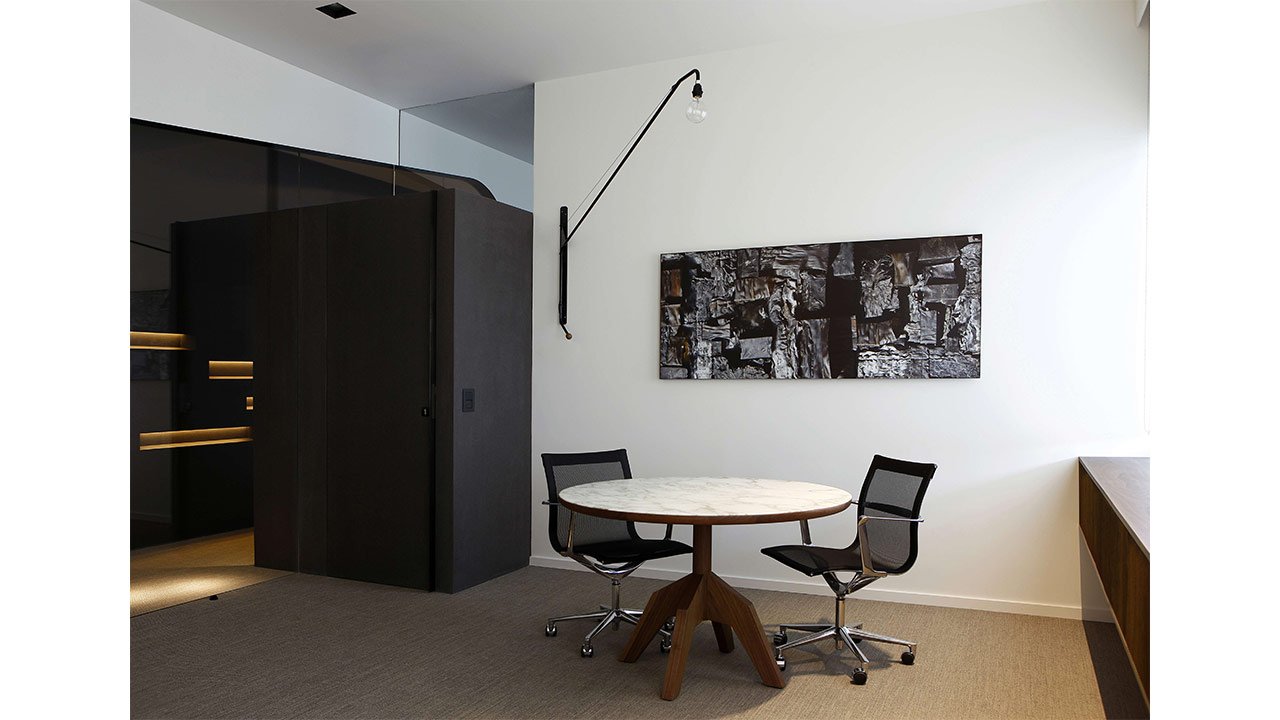 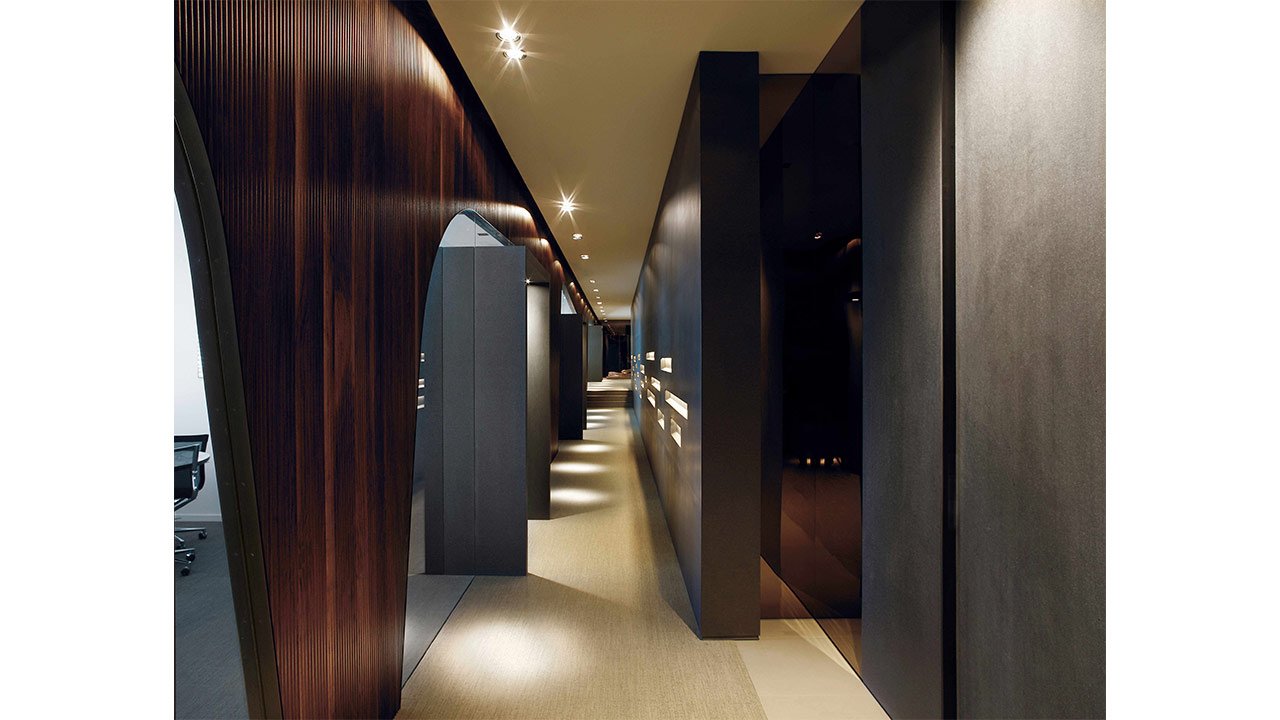 Fabio Fantolino
Fabio Fantolino founds his architectural and design studio in 2001 in Turin, and in 2016 opens a new headquarters in Milan. Each project is characterized by a strong identity and it is the result of its sensitivity  balanced by the fundamental components of design: culture, trends and technical expertise. In interior design projects, the balance between architectural design, furniture and lights gives a strong connotation to every creation. In the great architectural projects the same attention to detail allows to enhance the projects, ranging from hospitality to retail, from tertiary buildings to residential buildings. The design for Fabio Fantolino is not just a study of lines and objects, but the careful balance of materials and technical culture. This is how a design made of contents becomes a unique work. In recent years he has established himself as a designer with the creation of pieces for furniture collections, furnishing accessories and lights, and building important collaborations with large companies in the sector. Over the years, the Studio has received numerous awards, becoming a reference on the international scene. The firm, which operates in two locations, Milan and Turin, counts on a staff of numerous collaborators with transversal skills.
Previous Article
Rinascente di Torino | piano -1, Design Supermarket
Next Article
Strings ‘n’ stripes | investing in small spaces