The bivouac was commissioned by an organization of friends who gathered resources in memory of their friend and mountain enthusiast Ugo. The intent of the organization was that of building a place that would facilitate the meeting of people, rather than a conventional bivouac: thus, the bivouac sits at merely 2300meters of altitude, at the onset of a couple of popular ski mountaneering paths. The bivouac sleeps up to 8 people and has been used by groups of friends for weekend outings ever since its opening in 2016, as well as for one nigth-time, winter-time wedding.
The bivouac is a semi-traditional log structure overlooking a scenic Alpine valley. By substituting one of the four log walls with a transparent wall, the bivouac opens onto the landscape above, front and below; this, combined with the raw scent of hand-peeled larch logs, it allows occupants to feel embedded into the atmosphere of the mountain and at the same time cozily cocooned.
The logs were peeled and joined by hand, according to the traditional Finnish technique: the whole structure was assembled off-site, then transported and reconstructed on site – first in the village square, where it stayed for a whole winter with the purpose of involving the local population in the installation of the new structure, then in its final destination. The lack of the fourth wall requested the employment of a new structural model – developed by Aveng Engineering – that combined log structure models with post-and-beam structural models. The roof sits onto custom-designed double screwed steel pieces that allow the lowering of the main beam onto the posts, in order to follow the shrinking of the logs during the first years of operation. The whole structure sits onto 8 concrete plinths that lift it up from the ground as a rascard, in order to protect it from humidity in the mid-seasons and from snow in the winter.
The particularity of the project is that of combining a traditional structure, as was the request of the clients, with a contemporary feel through the use of the glazed wall. The structure of the studio, that carries out both the design as well as the construction phase, allowed for a continuous and easy negotiation of technological and easthetical solutions even during the building of the structure. 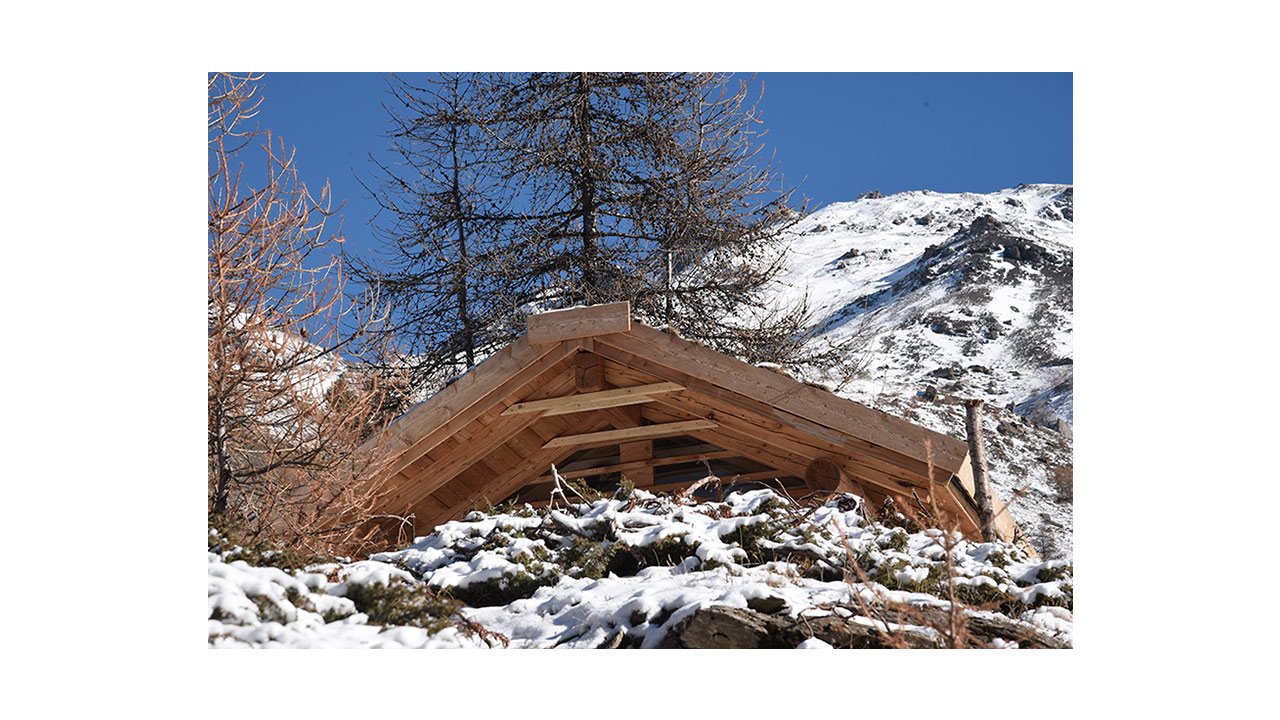 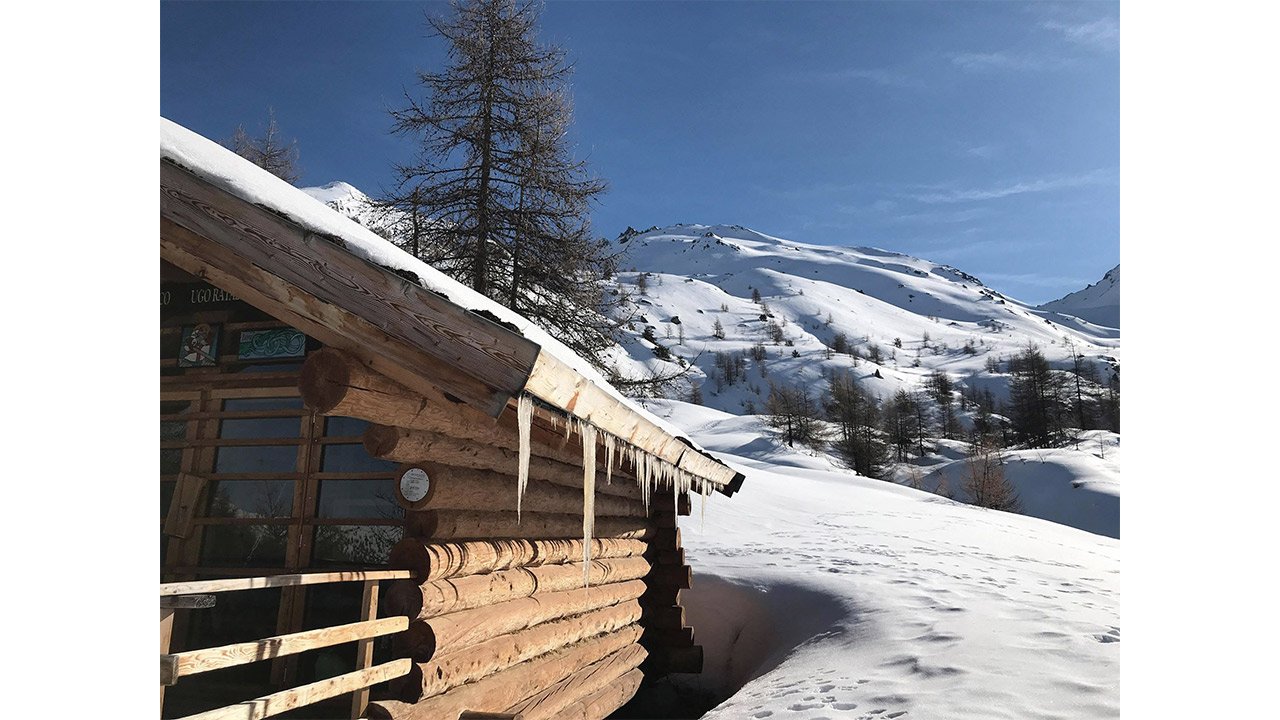 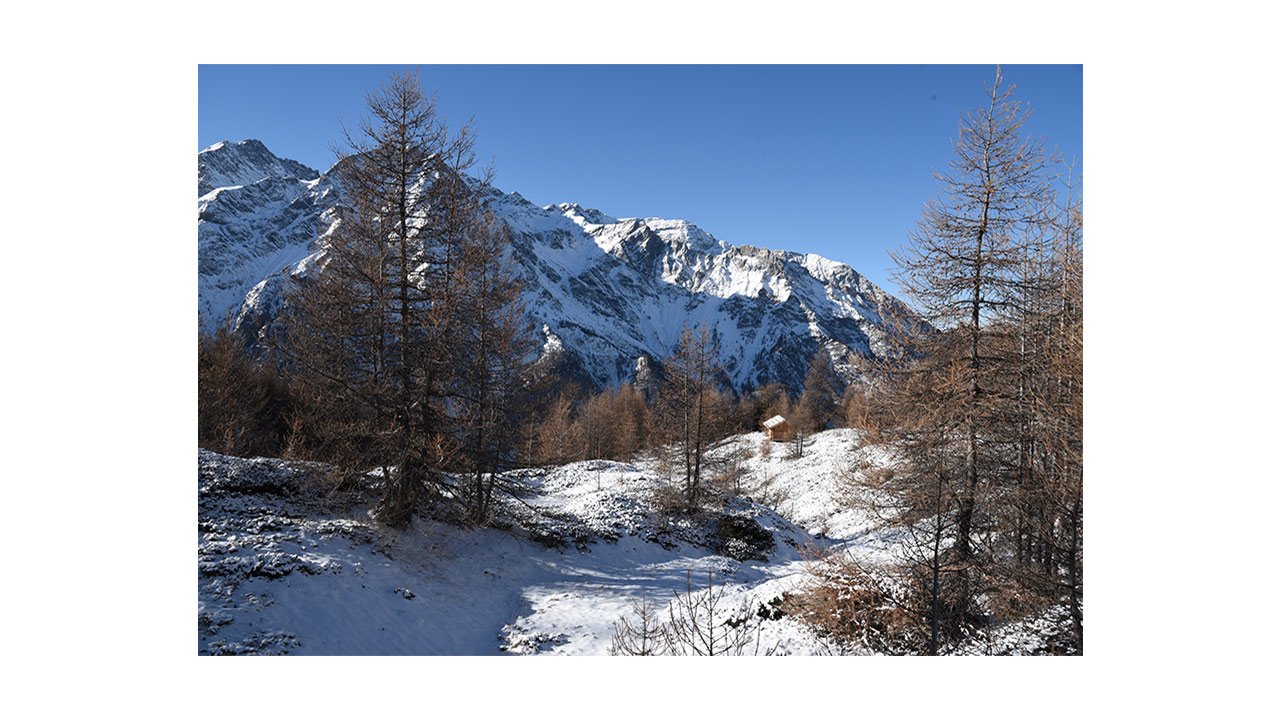 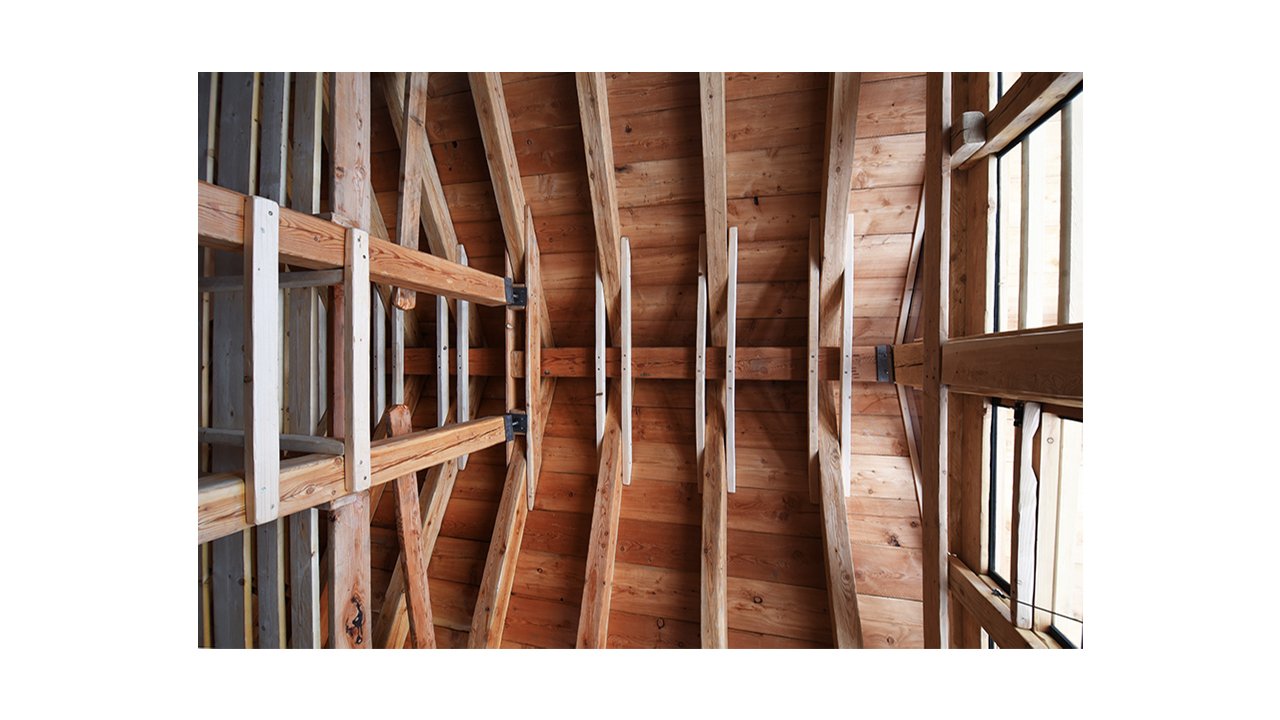 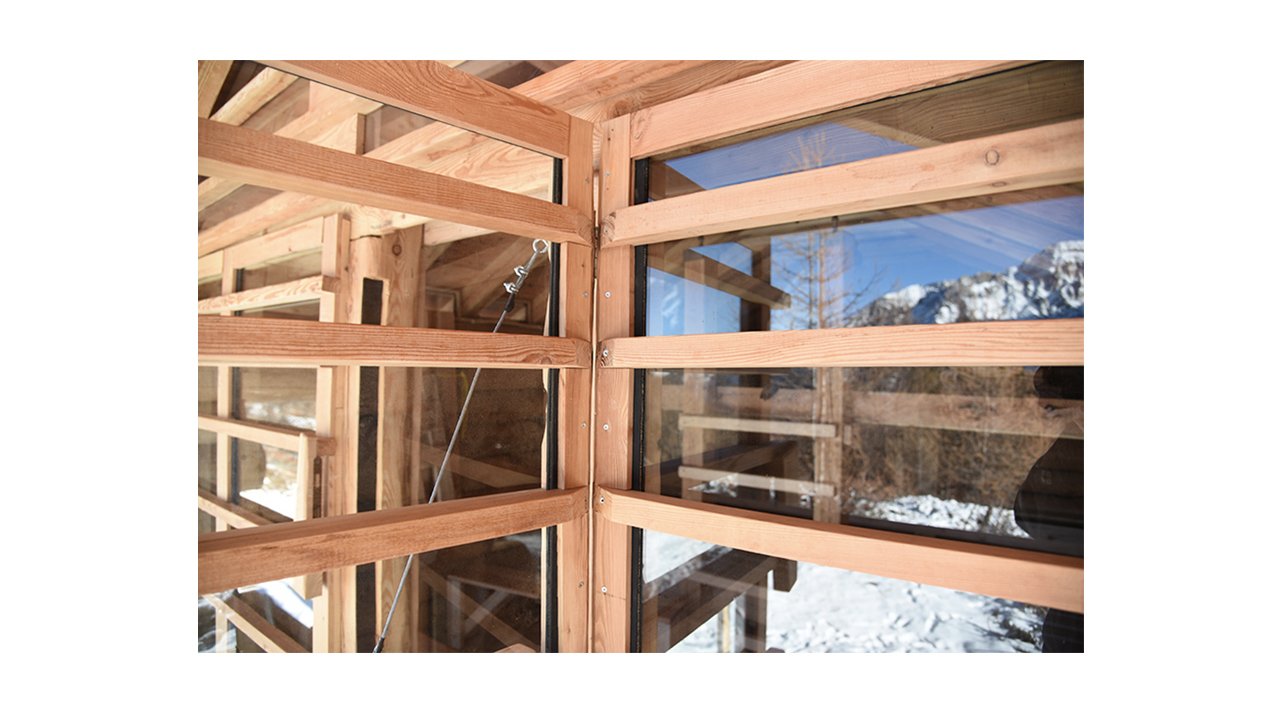 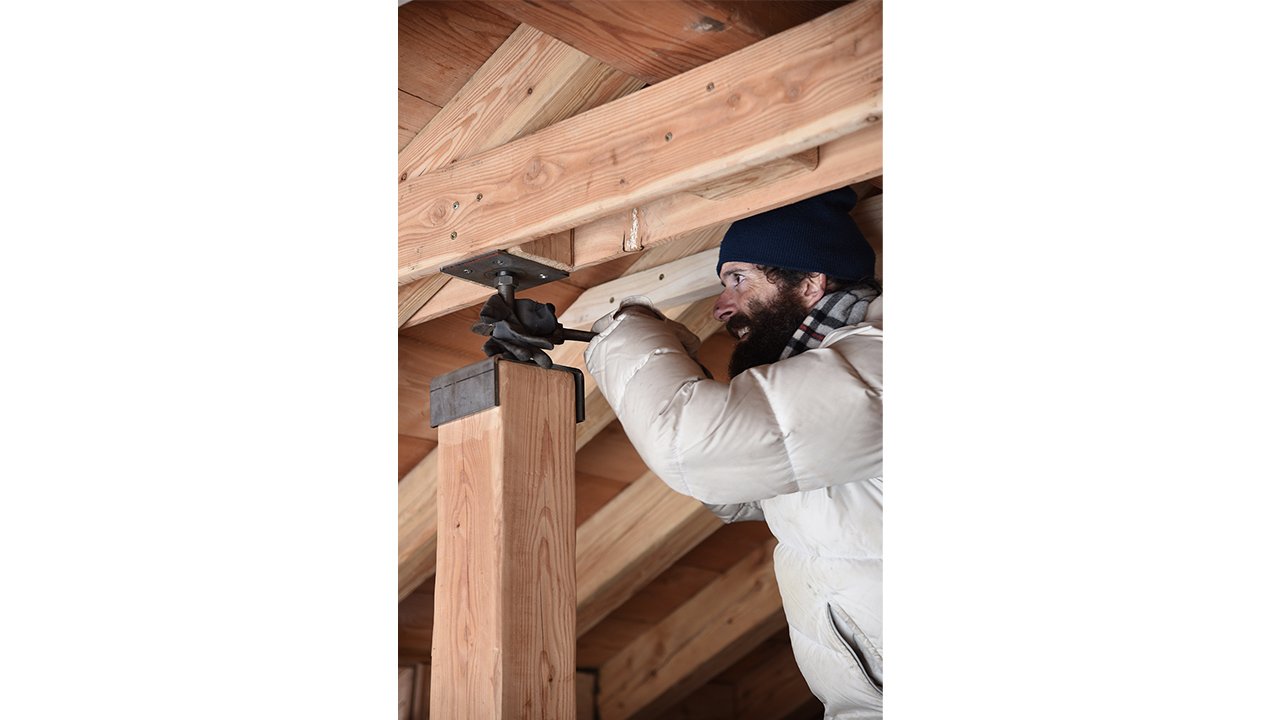 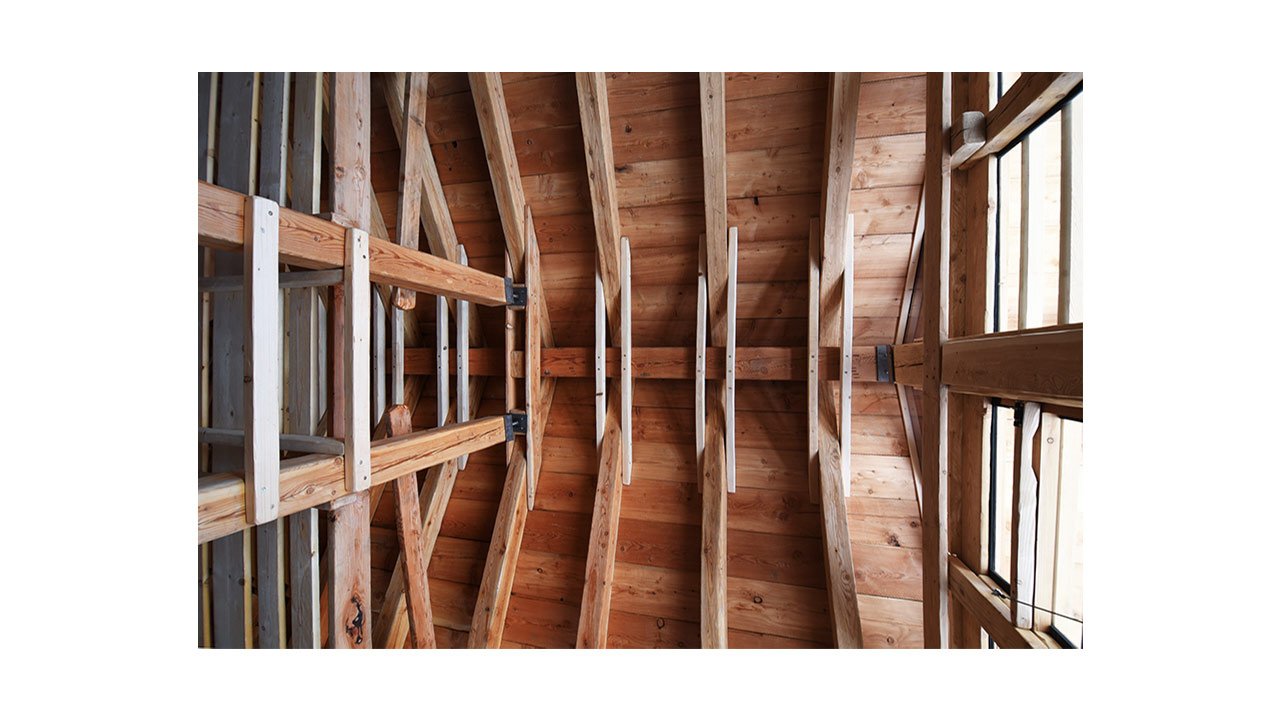 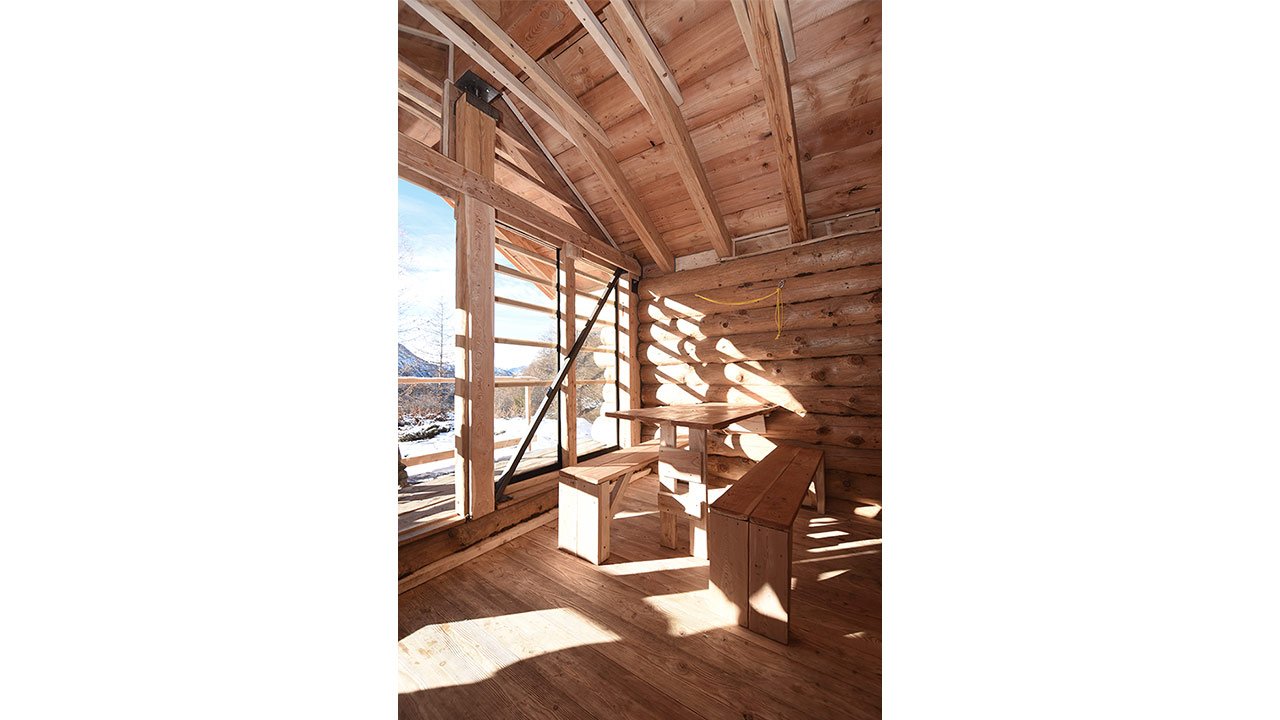 Certified larch logs were provided by logger Mattia Breuza from Val Troncea, then peeled and assembled by hand – with the help of a chainsaw – by architect-carpenter Walter Patella.
The other wood cuts were provided by Gandelli Group and Ghiotti.
The concrete plinths were designed by Wworks, dimensioned by Aveng, built and transported to the site by local carpenters-brothers Gamerro.
The construction of the bivouac, and especially its temporary installation in the village square before its final construction over the valley, involved, to various degrees, local inhabitants, local institutions, and groups of city dwellers who spend a large amount of leisure time in the village, and in this sense worked as a collector and as a hub, bringing together different approaches and ways to live the same territory.

Walter Patella
Previous Article
Project for the construction of accommodations, bar and restaurant recovering the mine buildings complex “Le Miniere” in Traversella (Italy)
Next Article
“Il Borgo” Country Hotel and Farm in Tuscany