This project is disegned to create a new perspective for the Judicial Studies Academy in the Emirates.

In formulating an interior design scheme for the new Abu Dhabi Academy of Judicial Studies, we highlighted the following objectives.
1) To propose a design for the interior spaces that would communicate to those who use them a clear, current message on the meaning of the administration of justice in contemporary society;
2) To propose a design that would guide people effortlessly
through the various spaces, setting out a natural flow within the building. Every space is defined by sculpted figures with the potential to evoke emotions through their unexpected visual impact. These objects become reference points along the route that leads to the various areas where the activities of the Academy are carried out.
With this project, we wanted to communicate to those who use the building (students, academic staff, visitors) that justice, through the administration of the law, is the guarantor of the pact between the various parts of society
– one that has the capacity to guide the community,
with clarity and resoluteness, towards the evolution of its activities and towards a life of peace and equity.
To represent this message, we made the symbolic choice
of a scroll of parchment – a material on which laws have been written for thousands of years, and which in our
design becomes a ribbon unrolling across the various spaces, giving rise here to a suspended sculpture that fills the double height of the atrium for the VIPs, there guiding the movement of the visitor along the hallways and through the internal gardens all the way to the auditorium, where the ribbon, twisting and turning all around the walls, defines the space like a large nest containing the variously colored seats and the stage, which itself becomes the focal point of the space.
On the ceiling, at the center of the nest, the ribbon delineates a space where we sited a large lighting fixture,
which takes the form of a cloud composed of tubes of transparent glass. 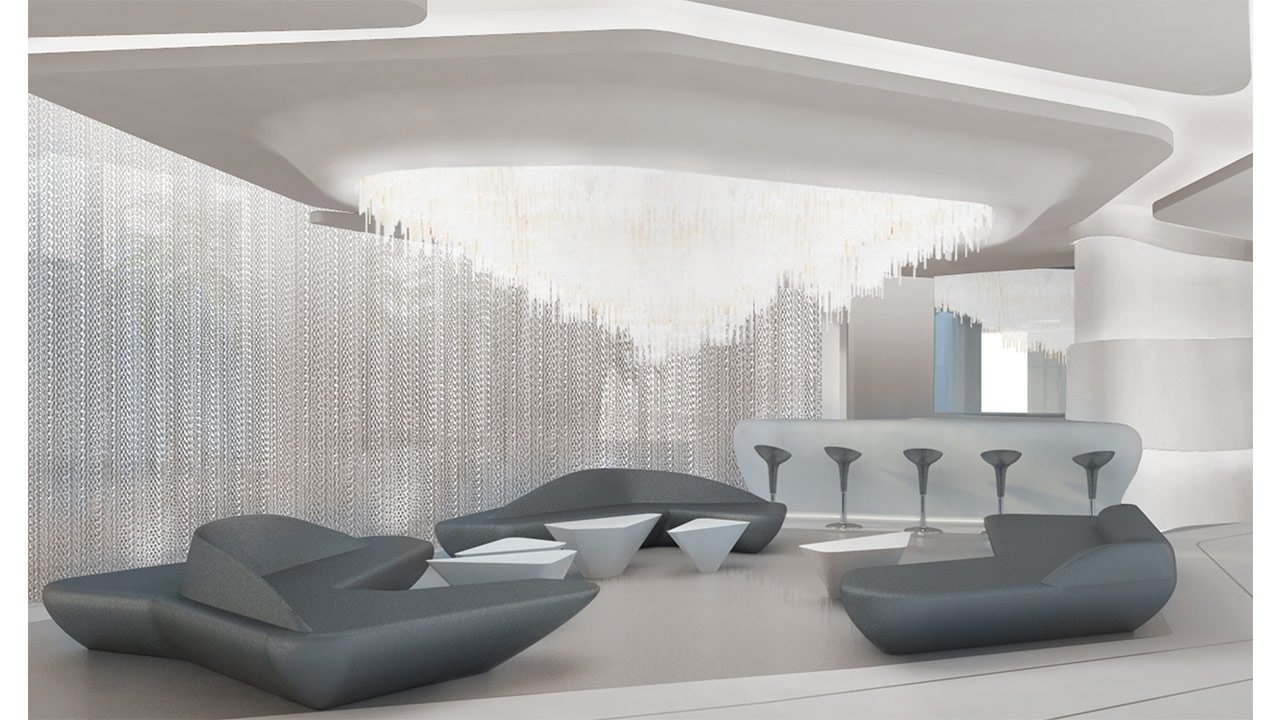 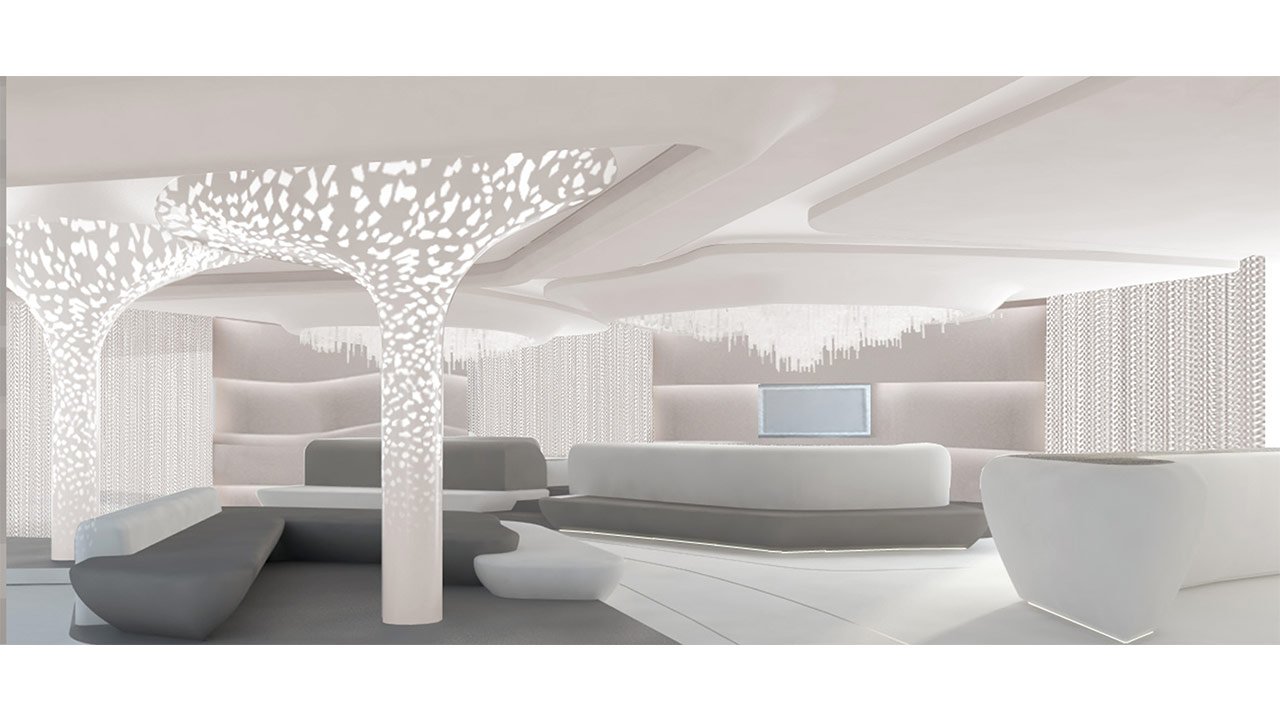 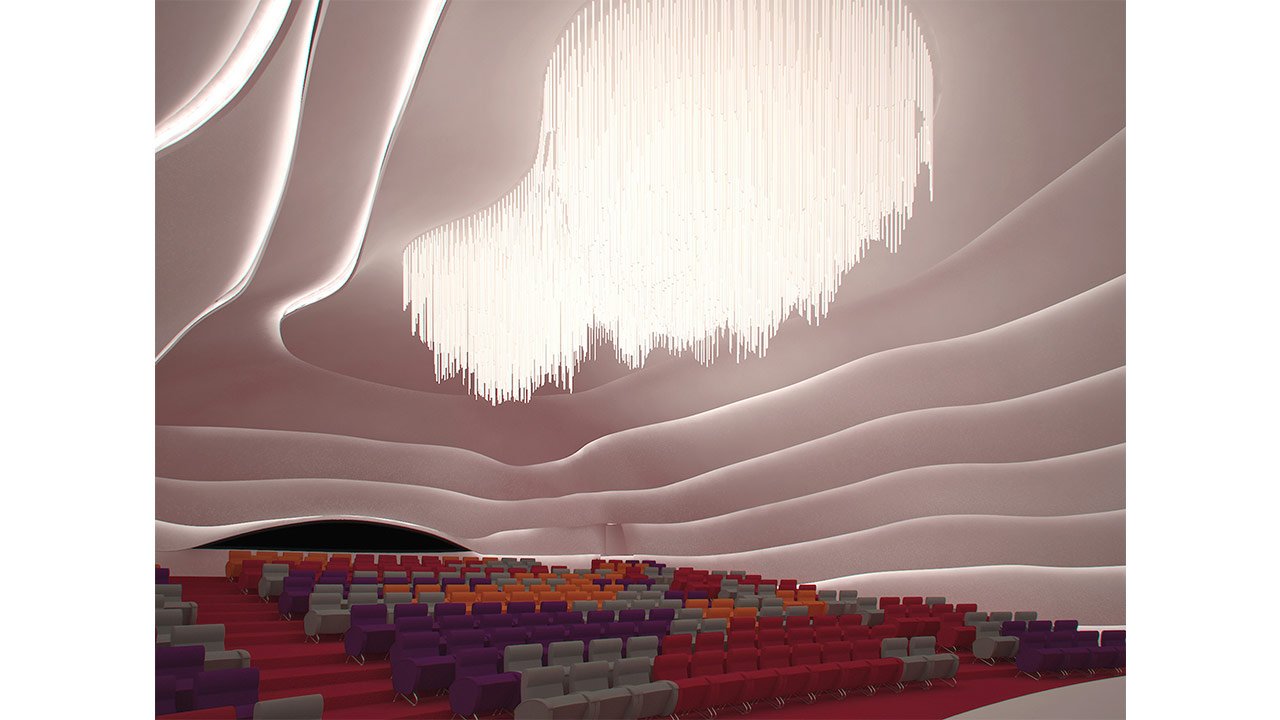 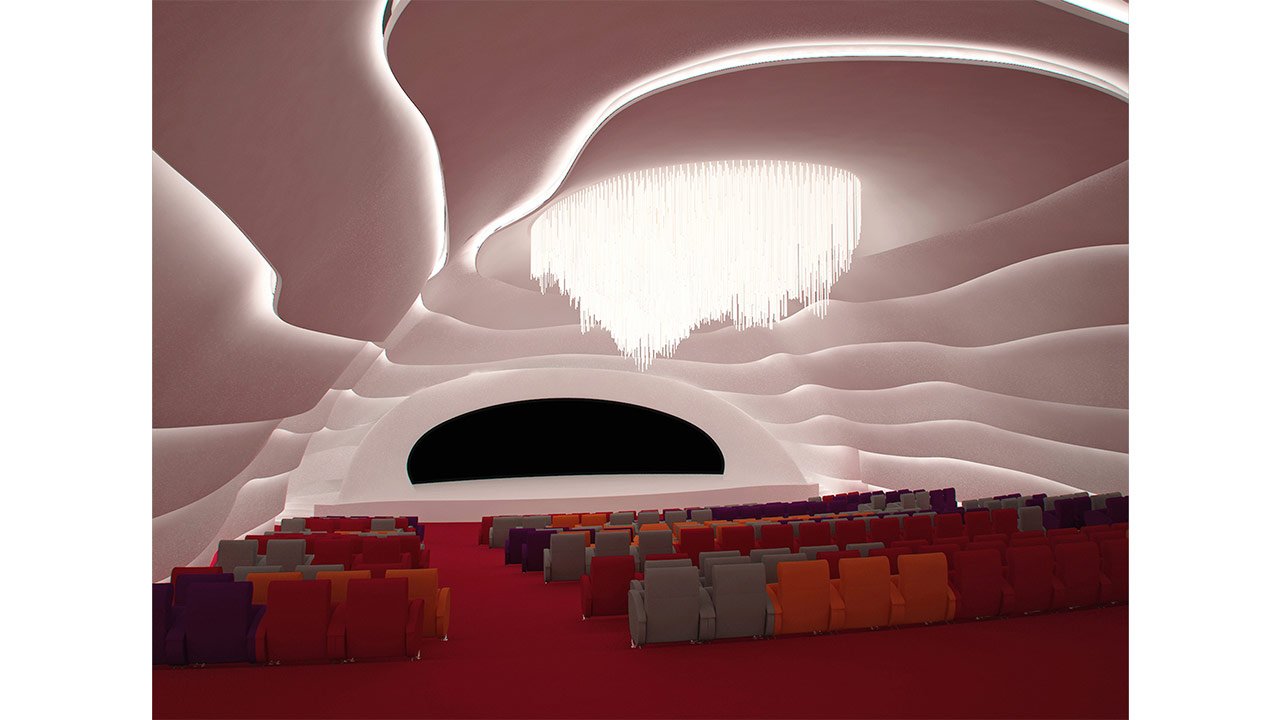 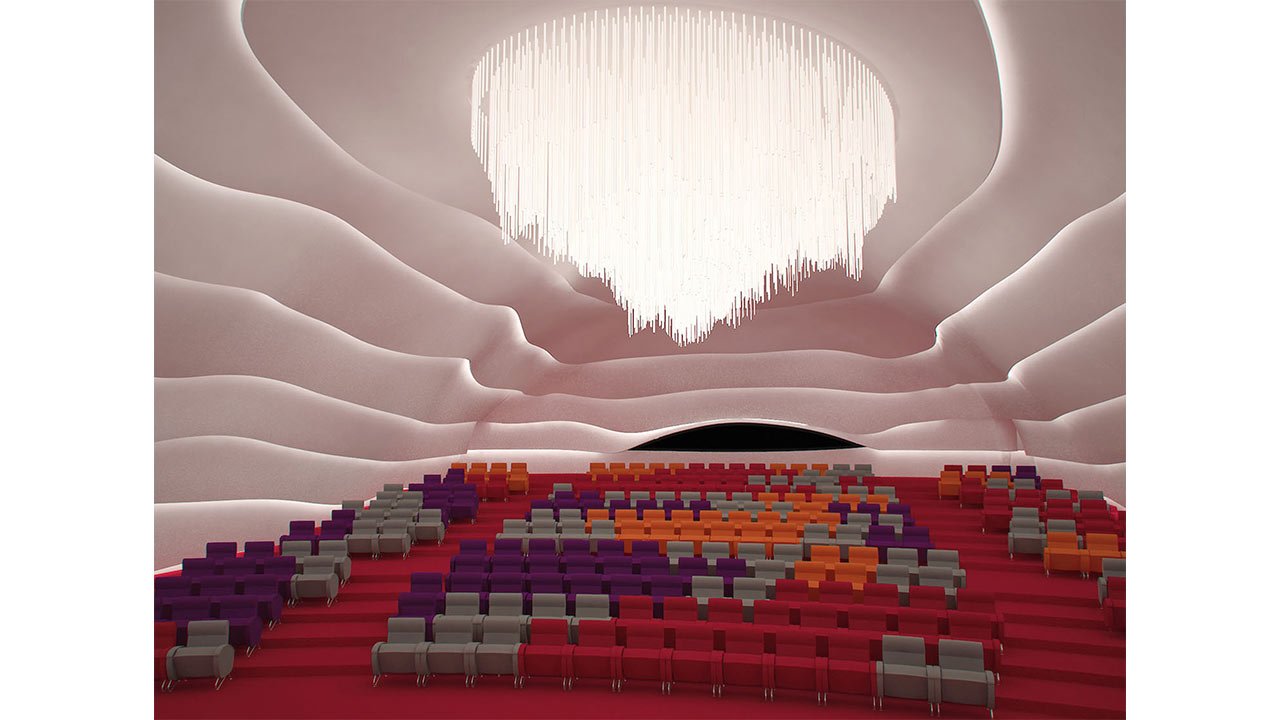 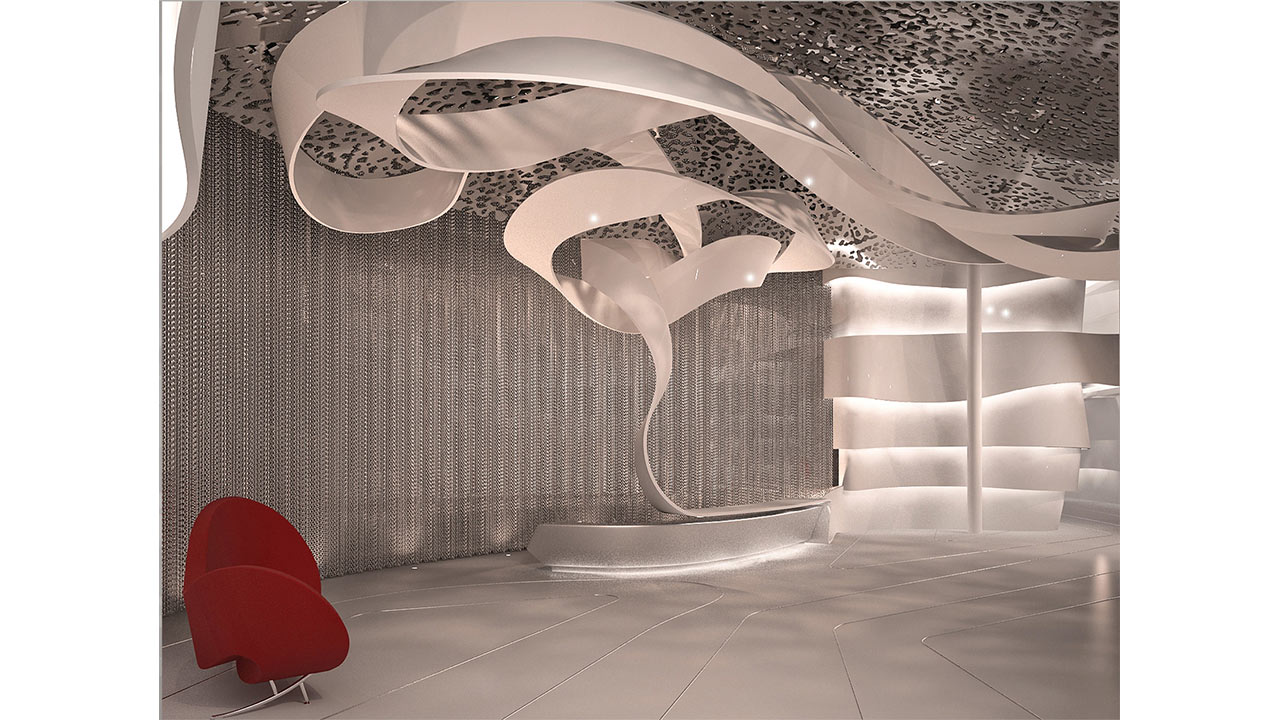 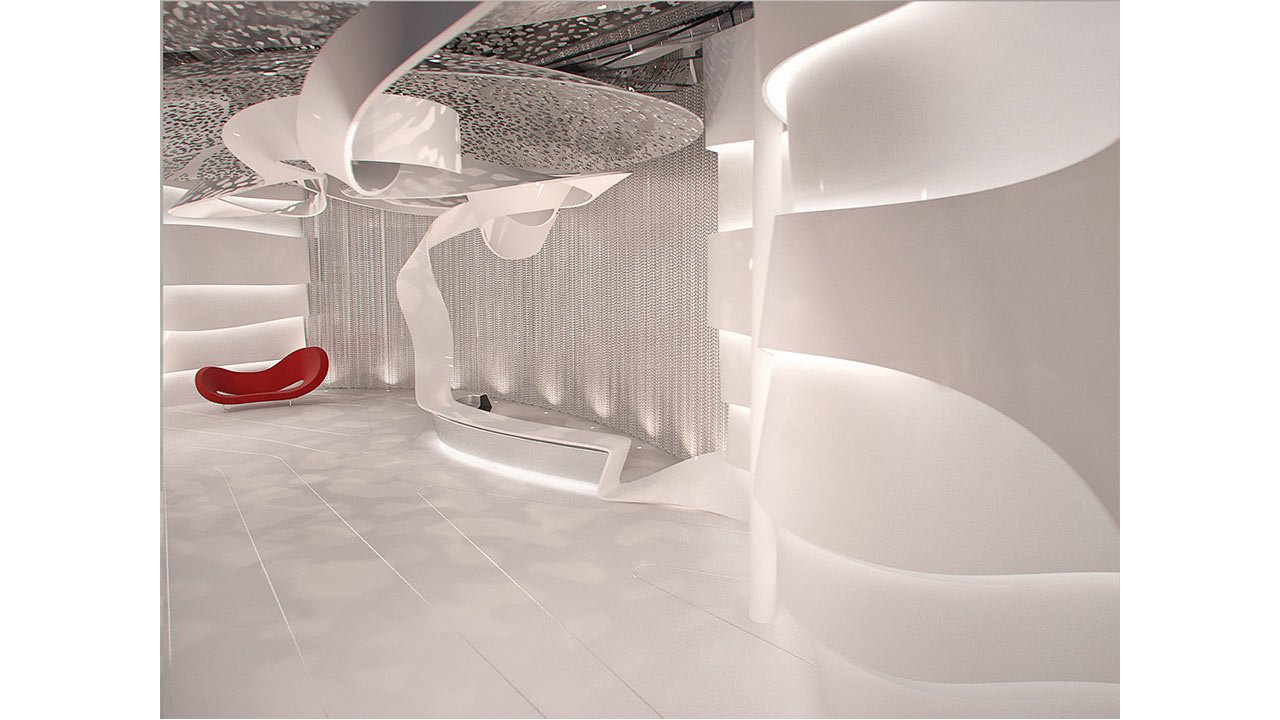 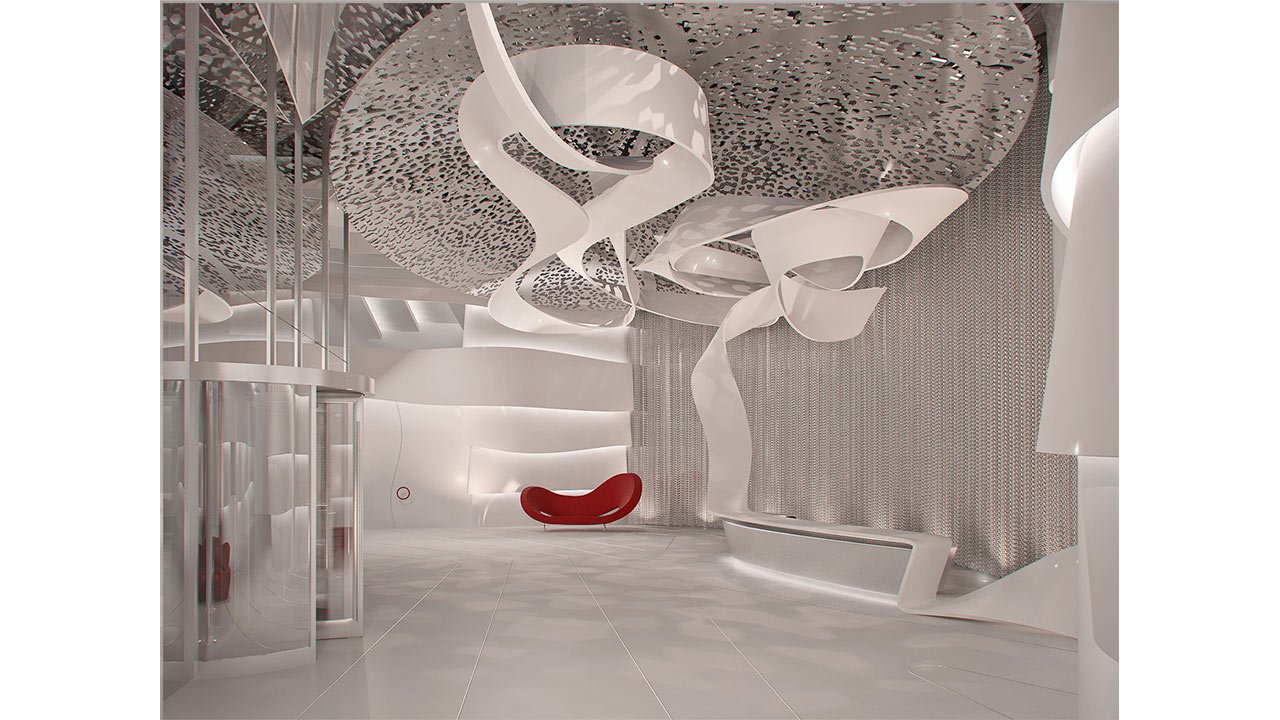 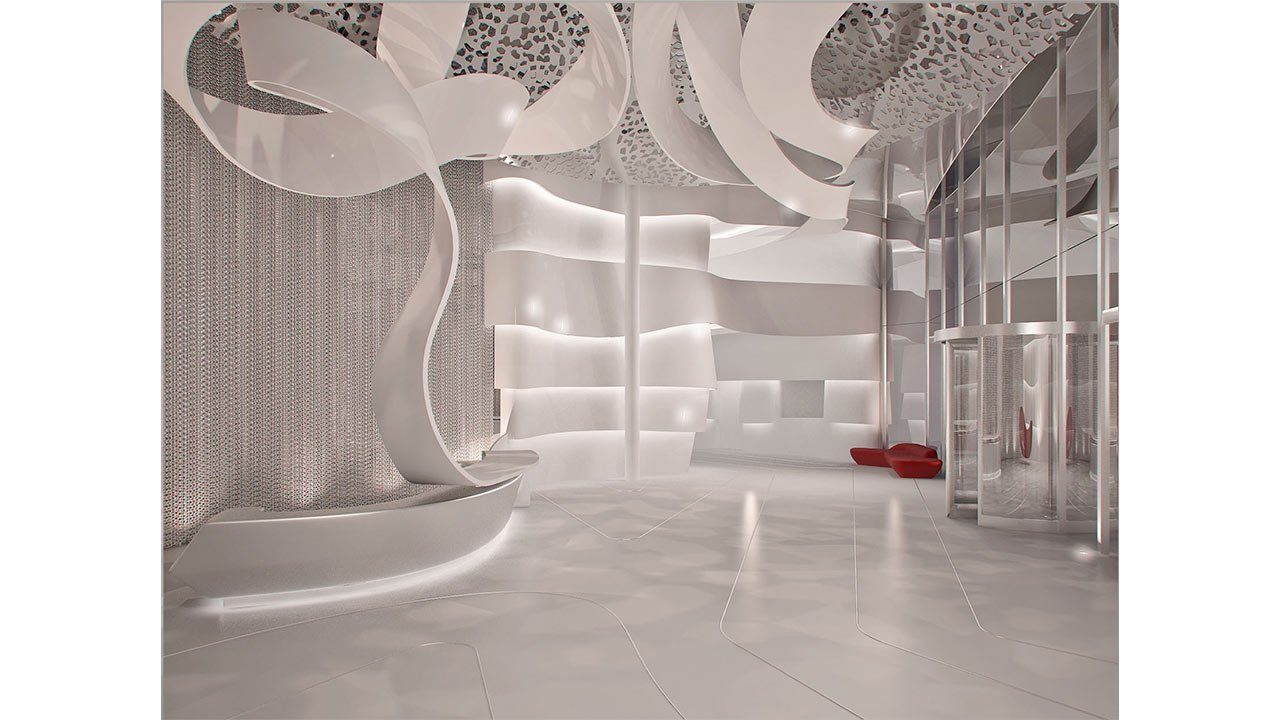