Once upon a time… 3 centuries of history, were mountains of snow, kept along the cold season to be used for foof conservation in the city, that gave the name “North Pole” to this district. With the industrial revolution it became the car and train distric, at least 12 car and 1 big train factory. And where once were concrete now is a park, named after Pietro Mennea, olympic gold medallist, as a symbol for Torino 2015 European Sport Capital and decorated with flags and mascottes from 2006 Olympic Games and other world sport events held in the city. The old factory pavillion were tear down and on the former pillars sites now more than 300 trees are growing, along the lines that divide playgrounds and sport areas, surrounded by a public orchard. Here the colours are blue and white, as iceberg. Playgrounds for young and fitness for adults in a landscape full of colours, with design garden furniture and a blue flyng carpet. The biggest skate park and a 100 mt athletic track. A community garden with grape growing on the viewpoint sides, that became the meeting point of the new and old community living there. At the other corner of the old factory, now there is a big contemporary square surrounded by new residential buildings, here the main colour is red, as the hot iron. A long black and red shed designed as an open book is facing an area of wild grasses that mix up the industry and the country landscape, with long leaves moving with the wind. And suddenly a green grass with tall trees pop up in the middle giving shade and fun to small children. The great red arena is design for concert, open air cinema and theatre. A second square, Marmolada, connect everything, as a volcano of wild ornamental grasses that forms a spiral. The all district that once was divided by the train tracks, is now connected by the park and the sistem of squares. And along this old track, now underground, a new contemporary landscape is growing. 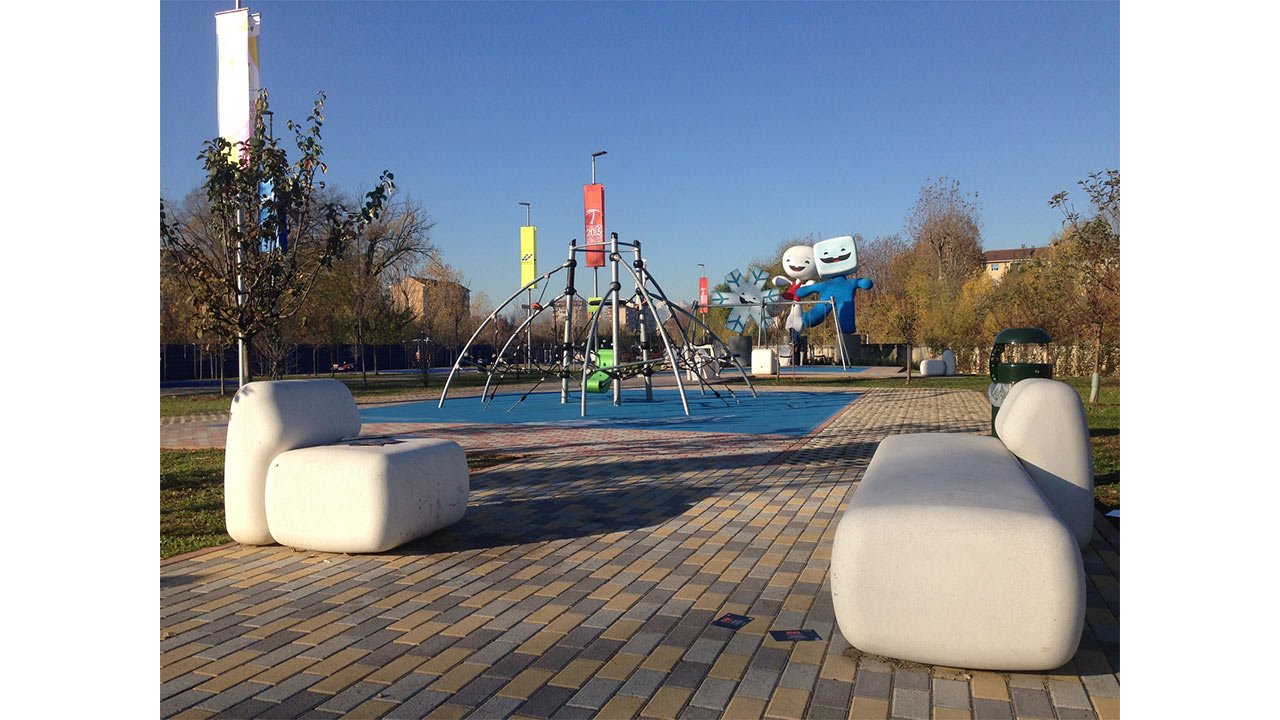 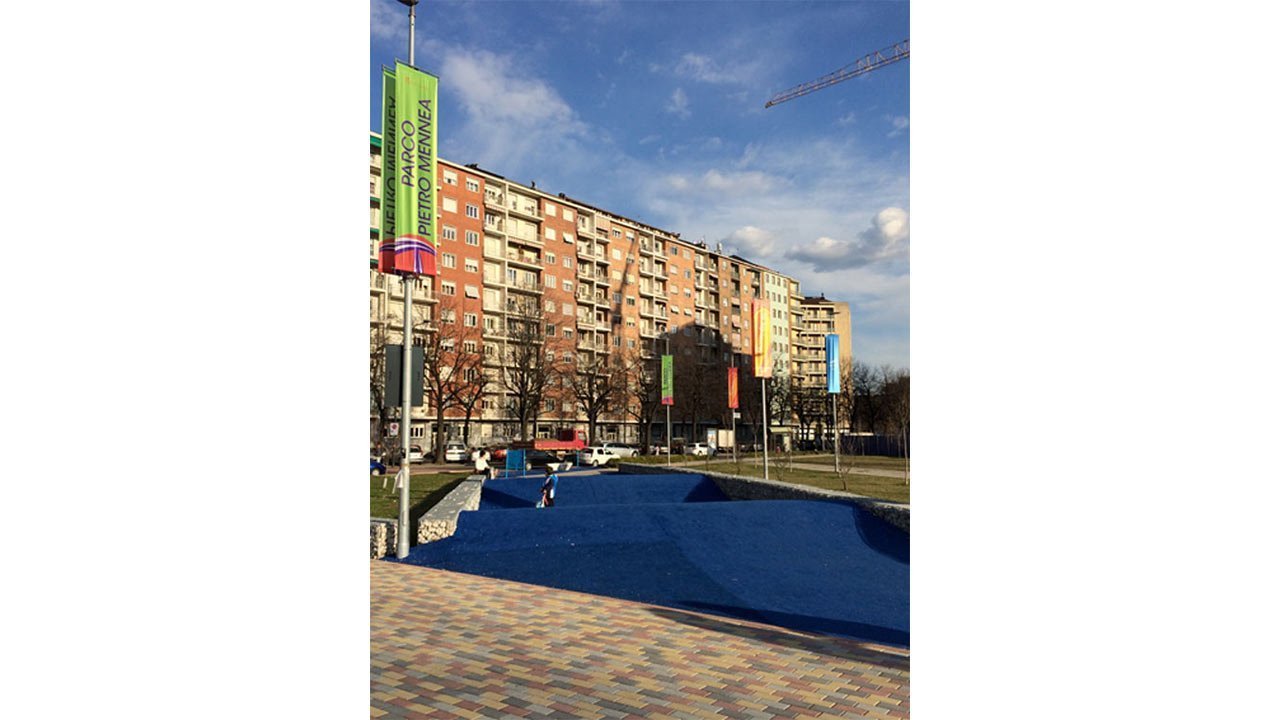 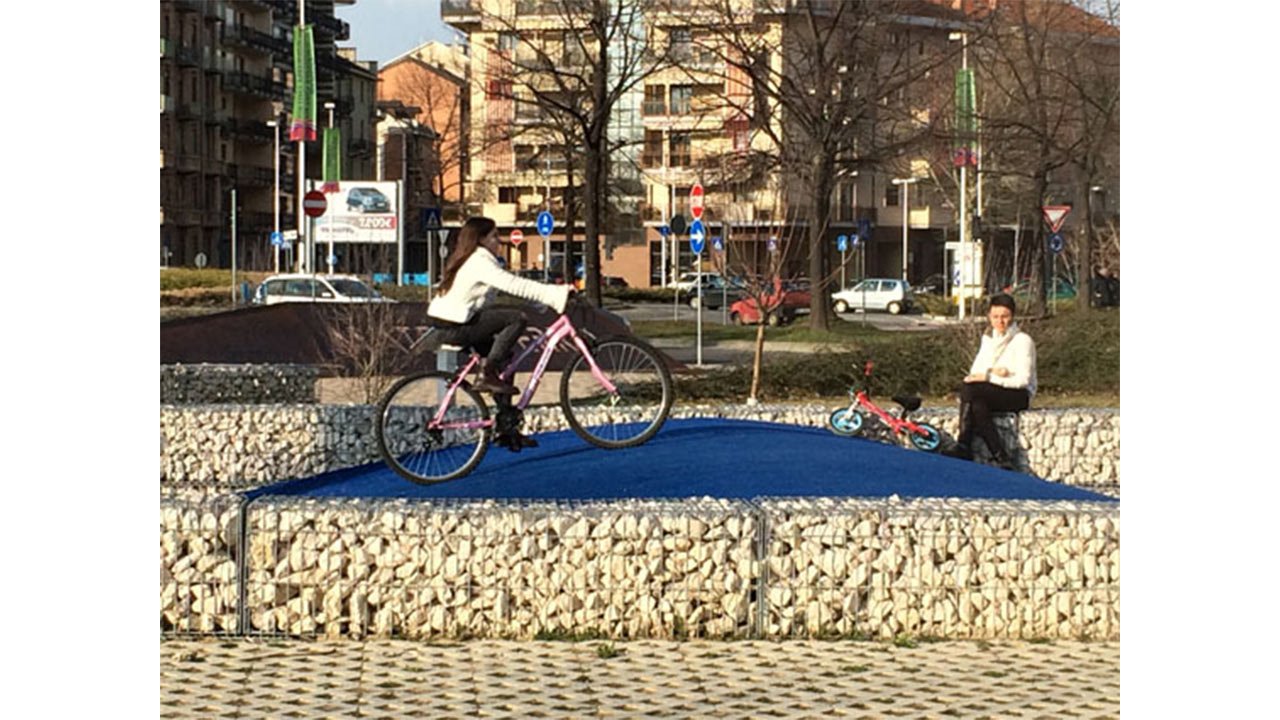 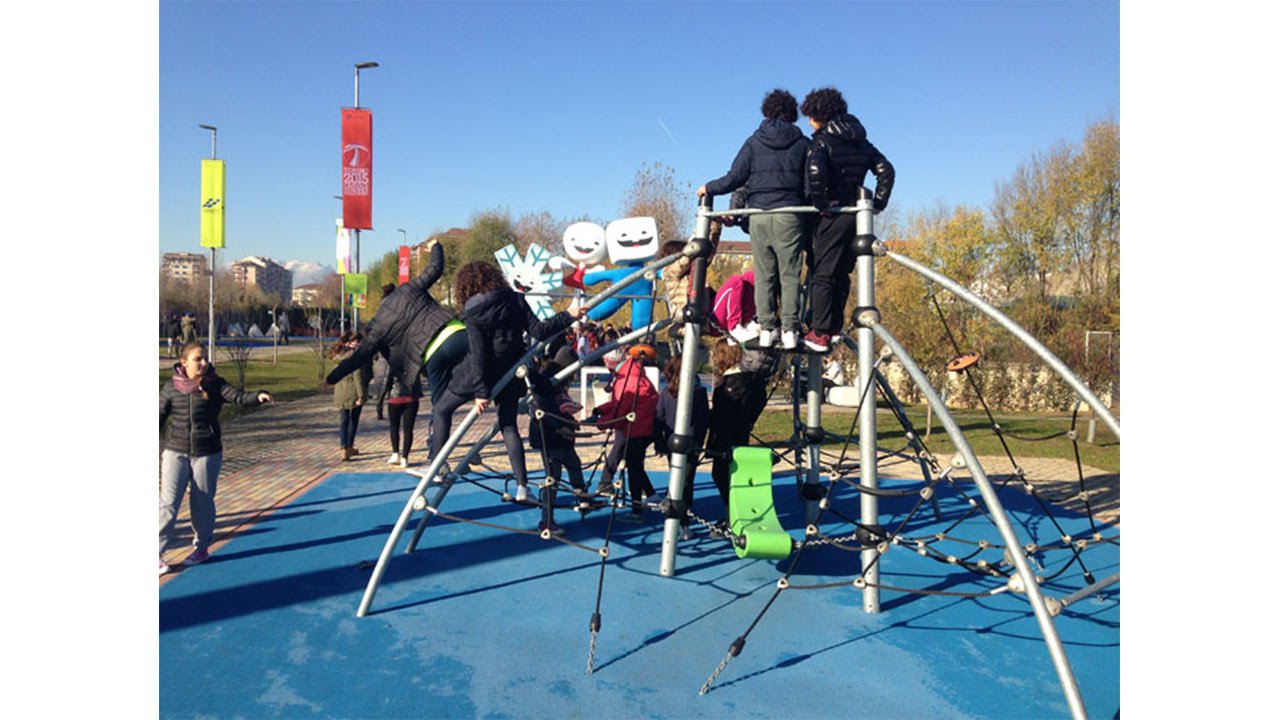 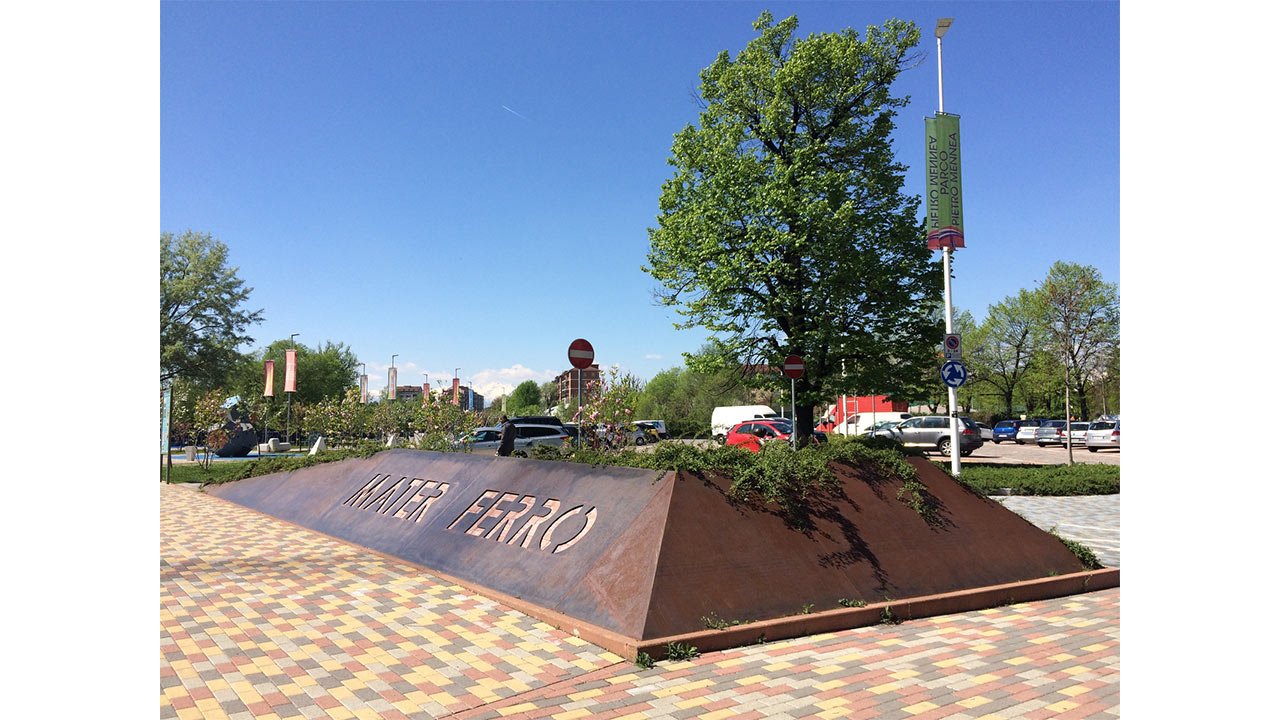 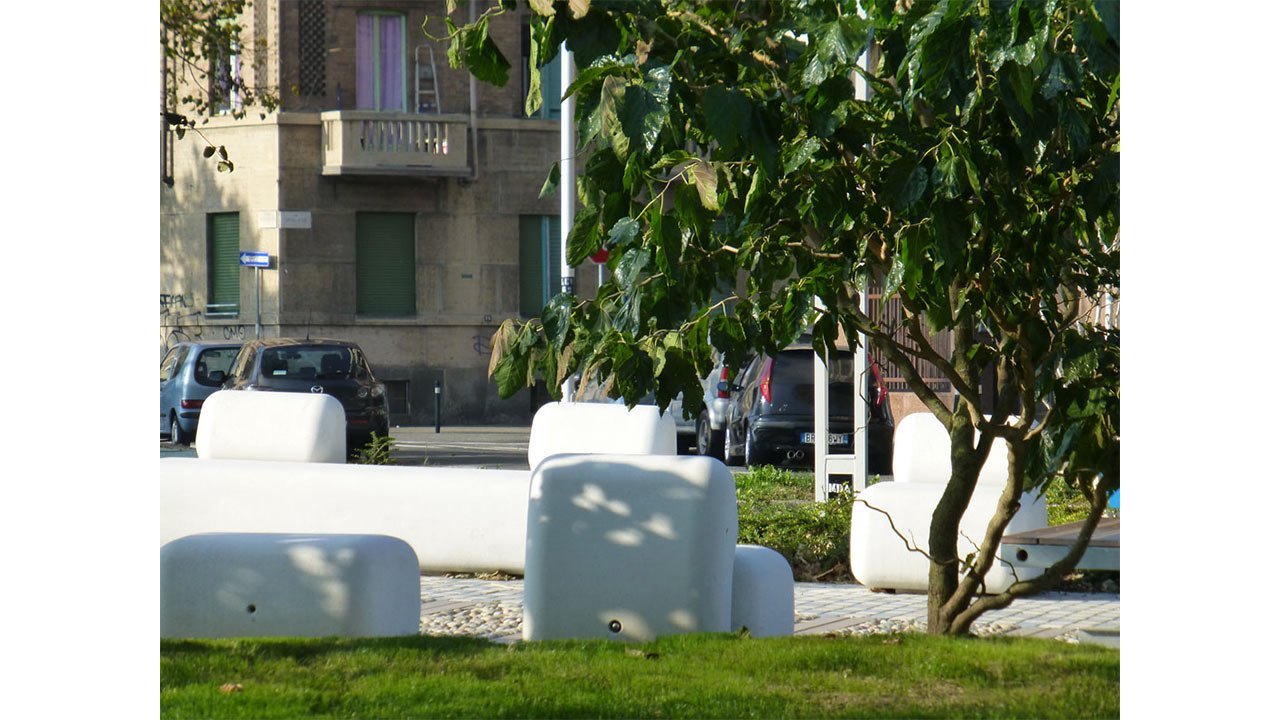 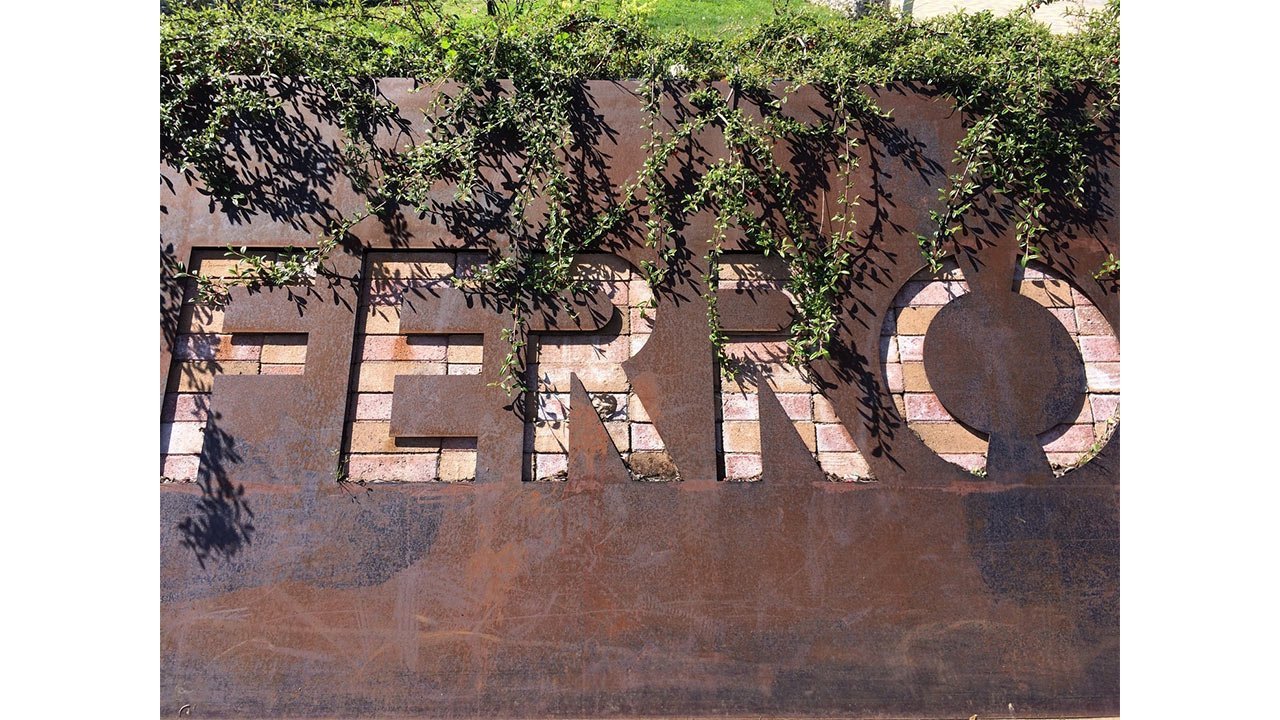 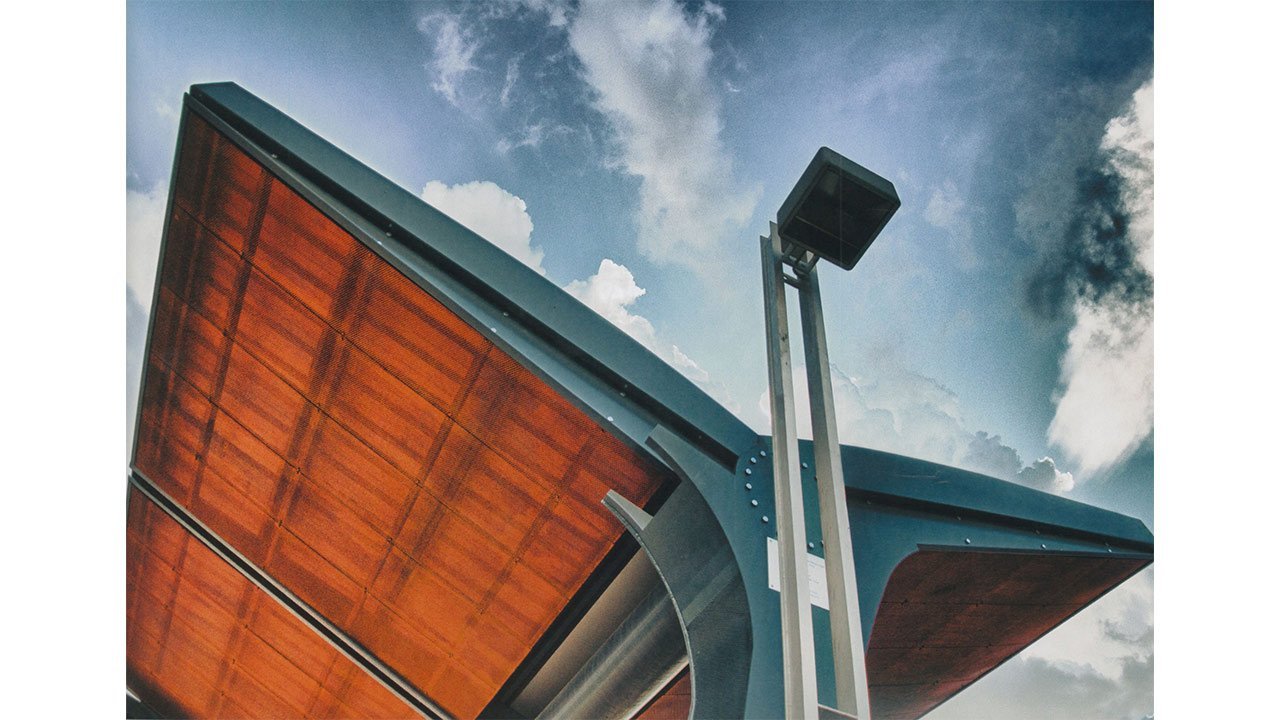 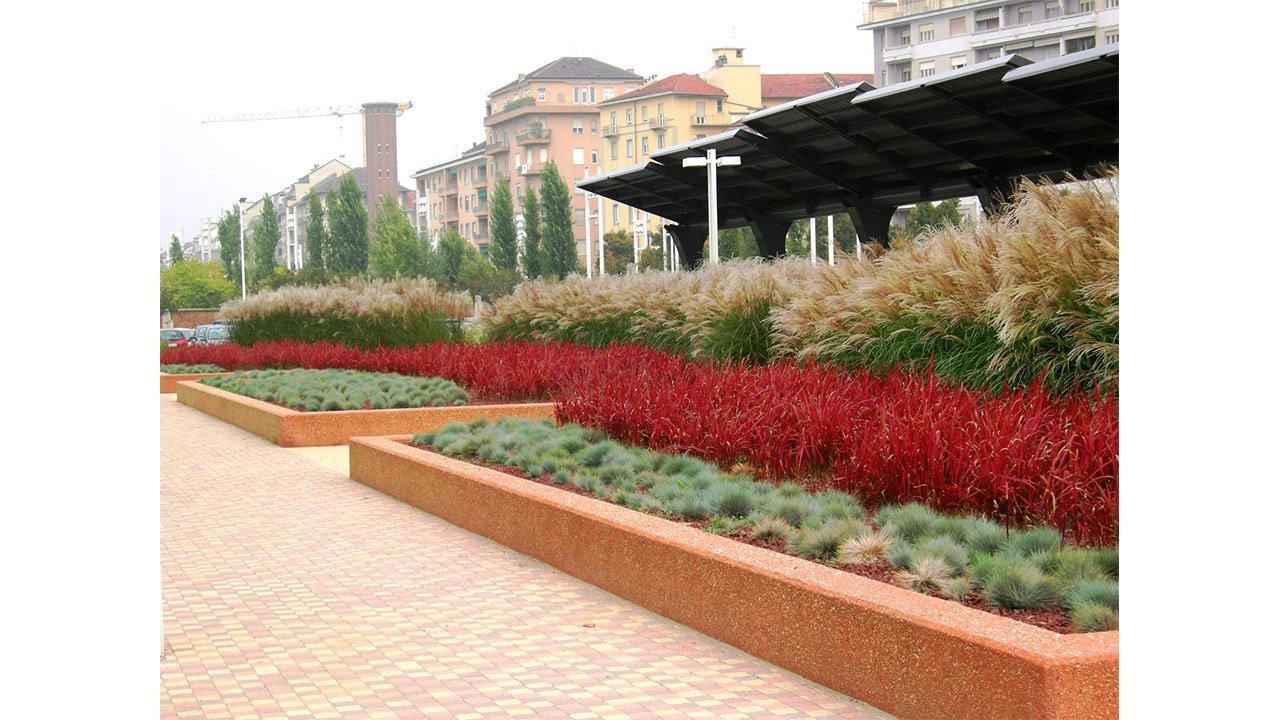 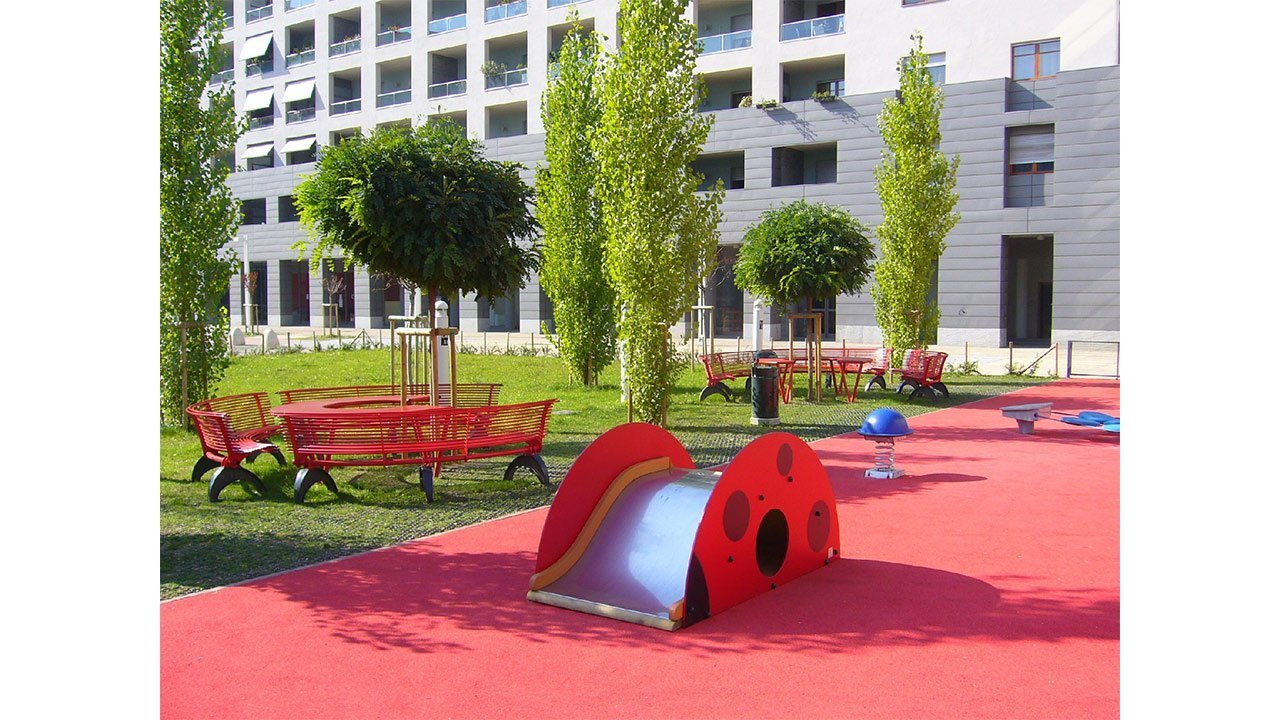 Kompan – Playgrounds equipments from Denmark, for children and teens.
Contemporary design, bright colours and strong materials, built and designed to give the most fun place to young people.
Escofet – urban furniture from Spain. Contemporary designed in strong but smooth white concrete. Giving a sense of “home furniture” to public spaces.
Metalco – urban furniture – red metallic benches and regenerated black marble
Lappset – Playground equipments from Finland, for small children.
AST – Skaters Association Torino – who designed the unique skate park, designed on purpose for the park, and built on site with concrete, as a sculpture, by Cave Sangone, the building company for the park.
Alas – building company for the Square
Fratelli Patriarca – building company for the Marmolada Square

Alessandra Aires
Working in Holland and in Barcelona after graduation, then for the Municipality of Torino as a designer for public spaces and gardens, Urbanisation Department. From Urban Renewal Programs to Rehabilitation of public spaces, designing parks, gardens, playground areas, squares, some of which won the “Premio Città Verde” (Green City Award) in Padua and the Dedalo Minosse International Prize. The renovation of the Parco Colonnetti North and the public Spaces of via Artom in Torino won the Prize at the First Biennale of the Public Spaces in Roma 2011; “Colonnetti Park”, “Don Gnocchi garden”, Marmolada square, Pietro Mennea Park at Spina 1 in Torino, are among the main works, as well as different design competition in Italy and abroad. Is also Project manager for nearly 200 projects in the city, coordinating different group of architects on renovation of former industrial sites. Member of the International Federation of Landscape Architect This project - Spina 1 - was both coordinated (DelPiano Sq) and designed (Mennea Park)
http://www.aiapp-piemontevalledaosta.it/associati/alessandra-aires/
Previous Article
Suite Matteotti
Next Article
Casino Barolo