Interiors
Tags: Interiors, Matteo Magnabosco, Renovation of an apartment of the early twentieth century in the foothills of Turin, TAM, Turin Architects Magazine

The project concerns the renovation of an apartment of about 100 square meters, in a subtle balance between past and present influences

The project stems from the need to renovate an apartment of about 100 square meters for a young couple, in a building from the early twentieth century in the foothills of Turin. Over time the apartment lost the typical characteristics of the historical era of the building, so the goal was to bring the image of the apartment to a condition consistent with its historical origins. The apartment has triple exposure and relies on a pentagonal floorplan, which represents a challenge in the design phase. The layout is completely revised, introducing some new elements, but respecting the original blueprint. The entrance consists of a long hallway that gives access to various rooms: a large living room with three exposures, directly connected to the open kitchen, separated by large sliding glass doors; the master bedroom with bathroom; the study; the service bathroom; and the closet. The traditional house plan has therefore been maintained, while benefitting from the addition of elements that characterize contemporary living: one extra bathroom, directly connected to the bedroom; and the spacious living room with a view over the Po river, the Mole Antonelliana and the Basilica di Superga, iconic landmarks of the Turin skyline. The original features of the period were re-established: the internal vintage doors were restored; the “cementine” (typical cement tiles) of the historical period of the house construction and the parquet were renewed. Some innovative elements were introduced, such as the use of wax refinished concrete slabs and Corian in the master bathroom. Decidedly contemporary are the choice of the furniture, lighting fixtures and accessories, with the use of aluminium, etched and transparent coloured glass. Given the particular apartment shape, many furnishings are custom made, also experimenting with less conventional materials such as natural iron, OSB wood and textile resin. Neutral colours are used throughout the apartment, with the inclusion of some details in opaque black and intense tones of blue in the living area. The introduction of selected wallpapers characterizes in a sophisticated way the entrance hallway and the bedroom, where the mustard tones are tempered by the presence of the black and white birch forest wallpaper, overhanging the bed. Overall, the apartment retains the charm of a historic home, reinterpreted however with contemporary elements that make it functional and actual, in a subtle balance between past and present influences. 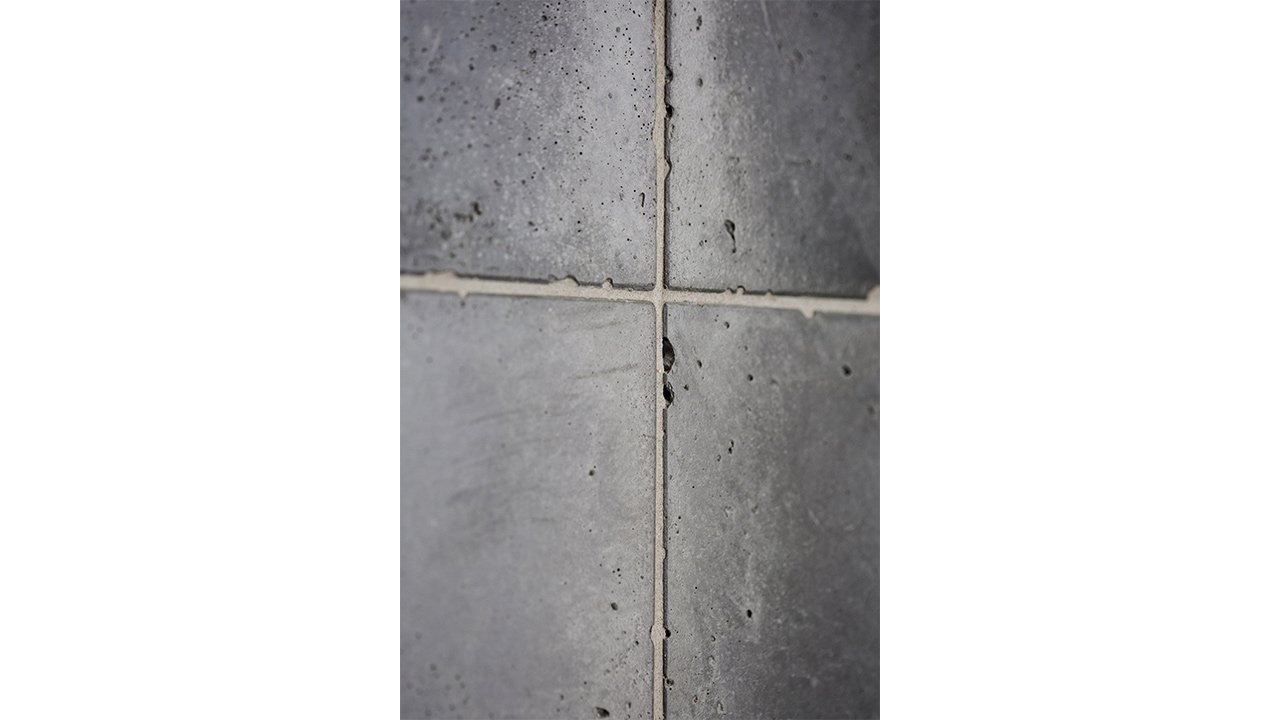 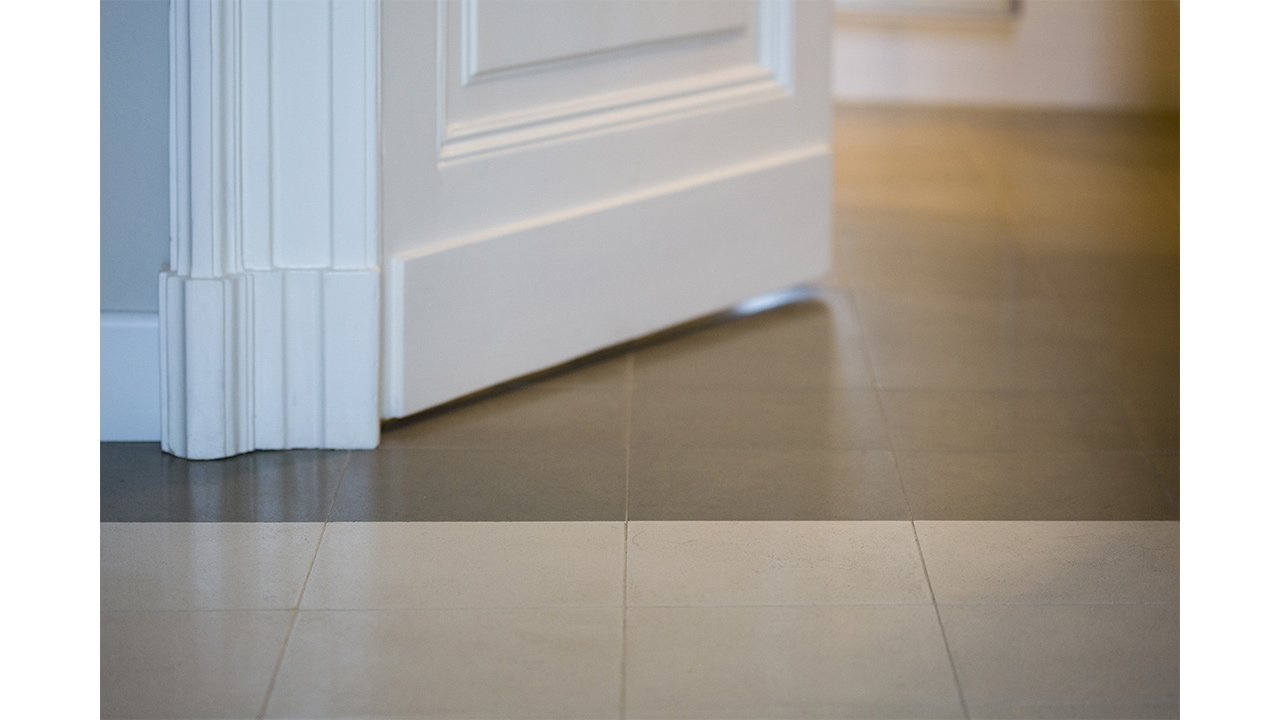 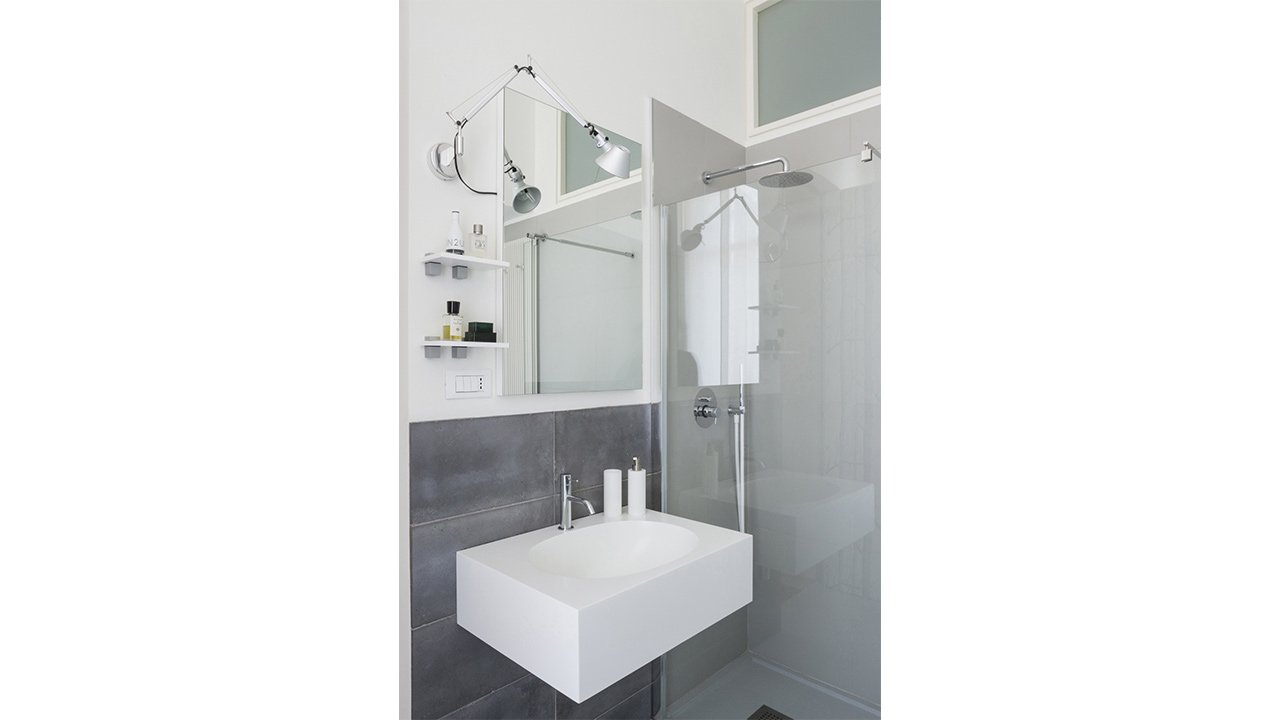 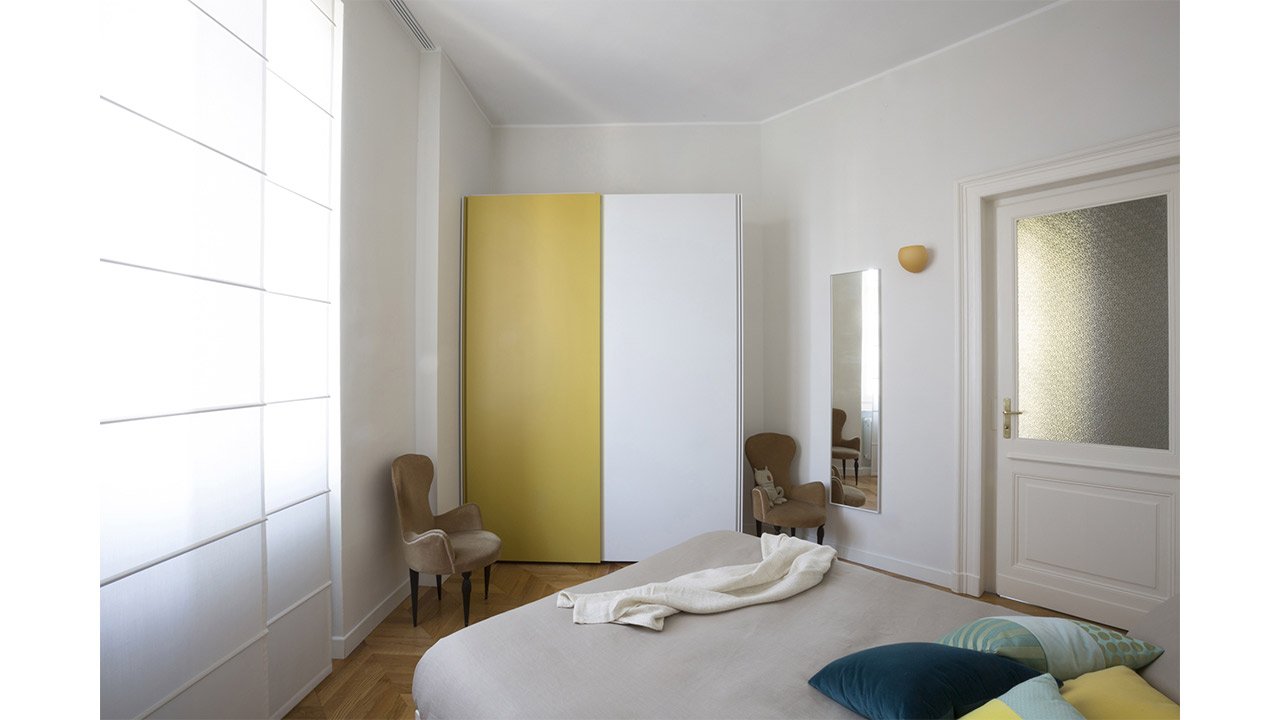 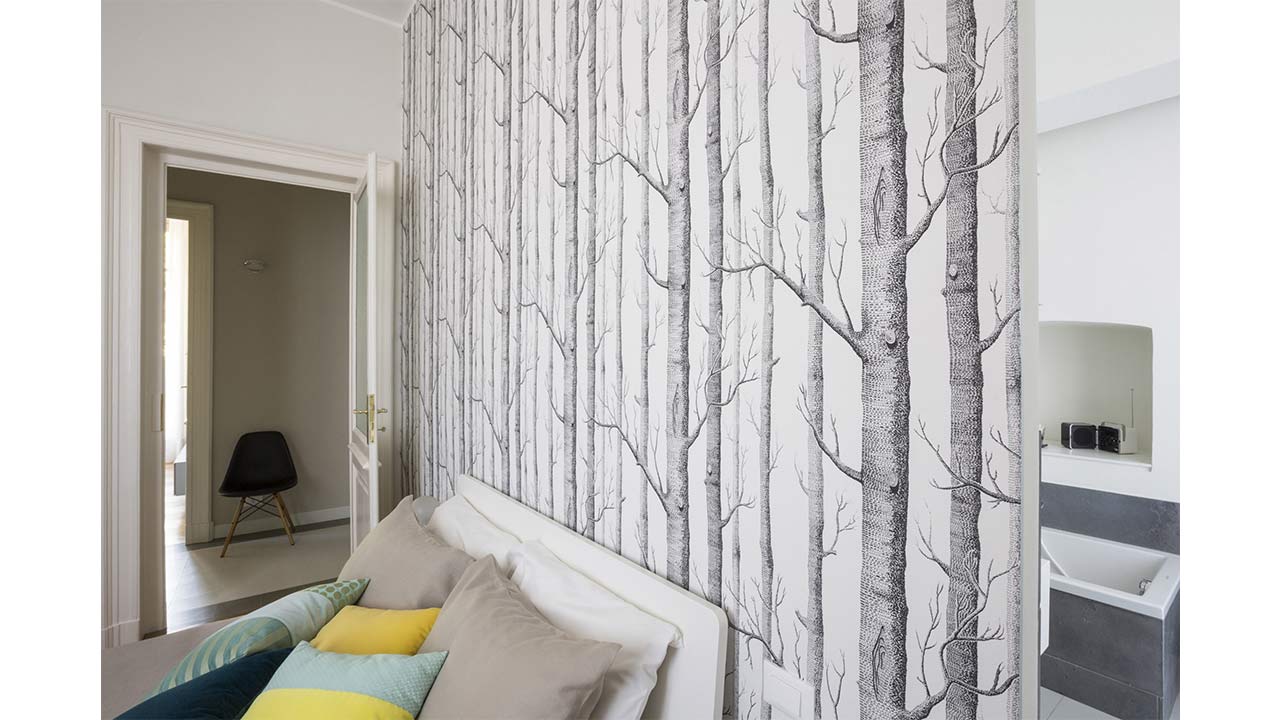 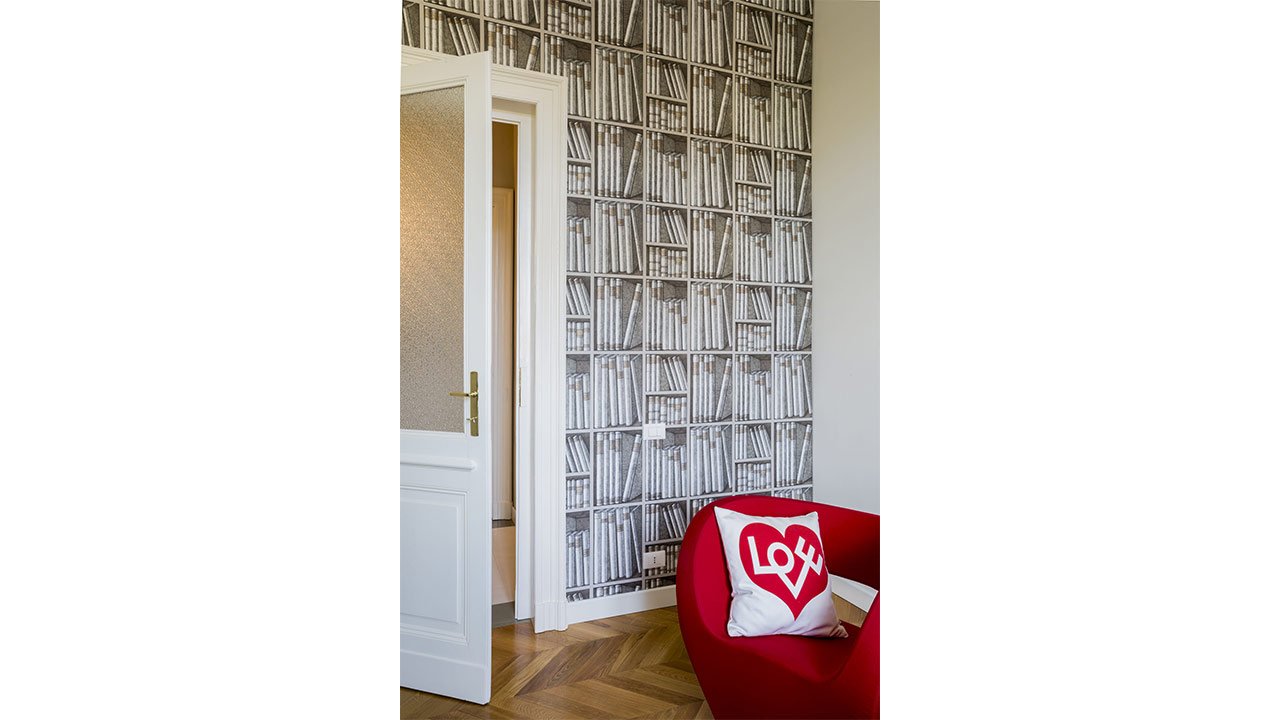 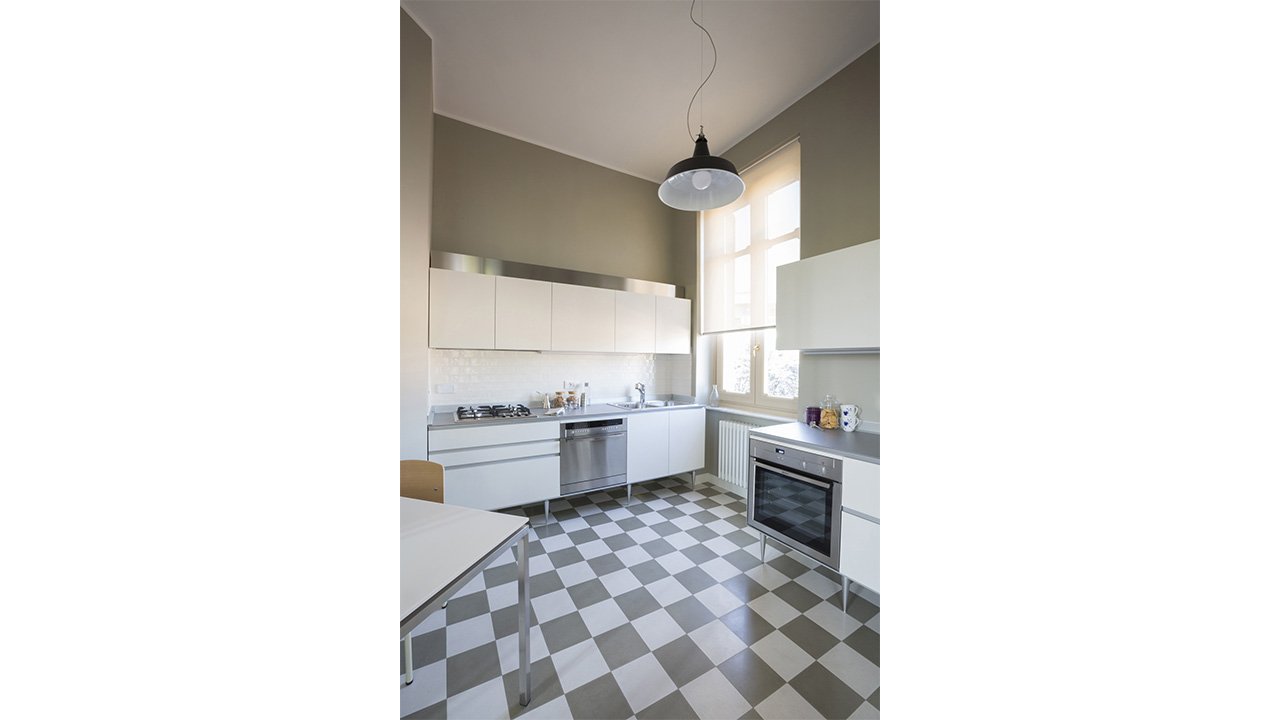 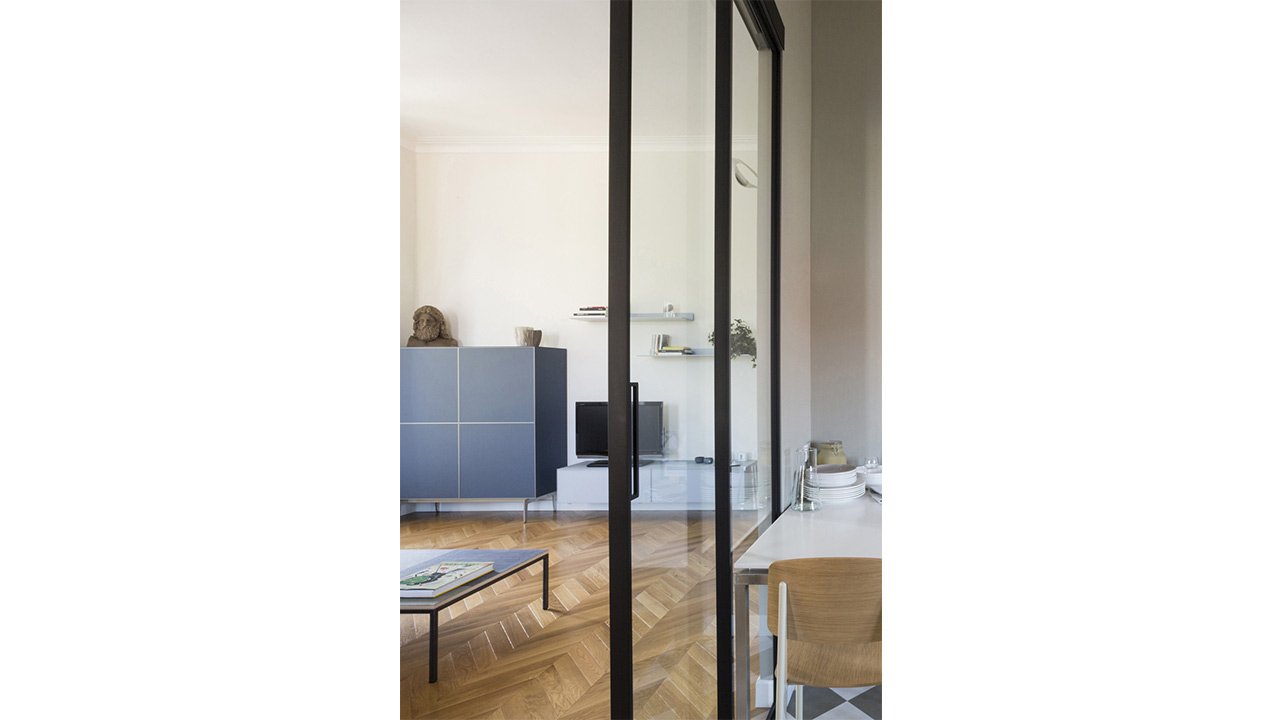 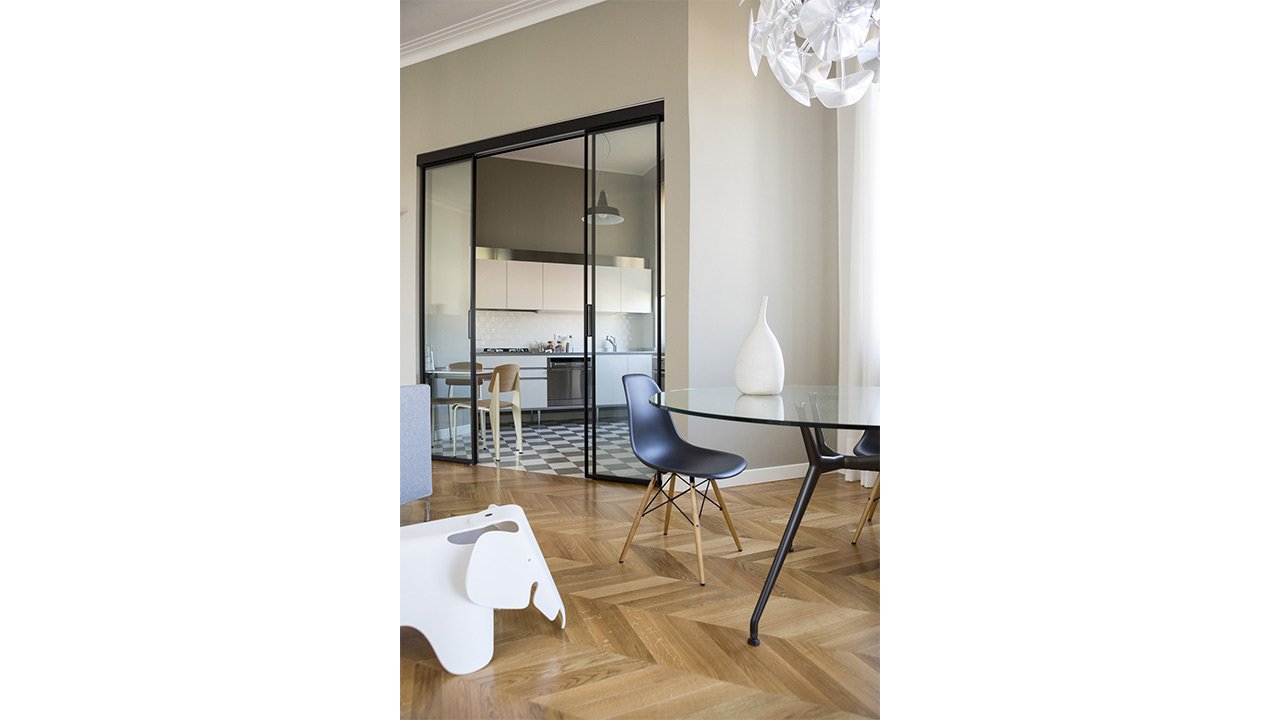 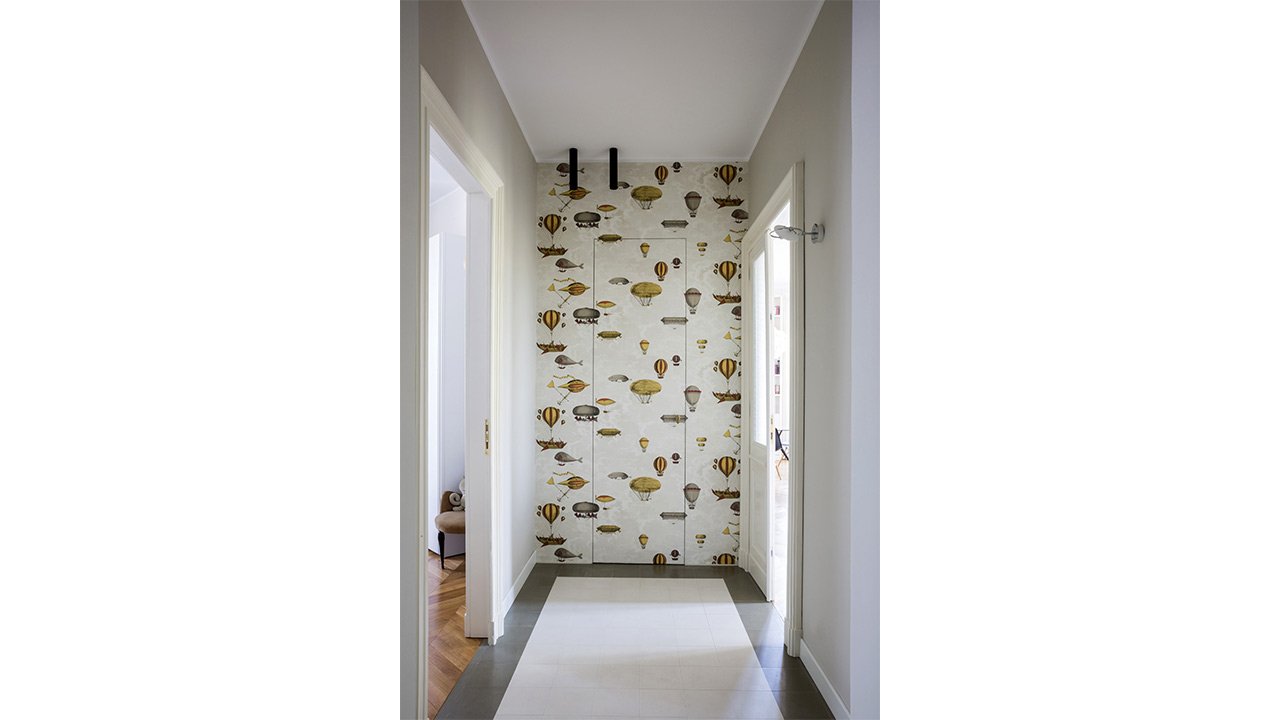 Matteo Magnabosco
Matteo Magnabosco, born in 1983, lives and works in Turin where he dedicates himself to private practice, dealing with architecture and interior design in the residential, contract and commercial sectors. Particularly attentive to details, he likes to experiment with new materials and designs unique pieces that characterize his projects in a contemporary and personalized way. He is a licenced architect and a member of the Order of Architects of the Province of Turin since 2009. His own studio is located in the progressive “Gran Madre” area of Turin.
http://www.matteomagnabosco.it
Previous Article
Scuola Sant’Alessandro a Caronno Petrusella (VA)
Next Article
Everyone owns their own island