Repurposing the face – and the finger – of Piazza Castello

The project deals with the repurposing of a whole city block that stands out for its centrality – at the corner between the main square of the city, Piazza Castello, and the main shopping street, Via Roma – and for its morphology, with a main body that occupies the whole block with the typical proportions of Turinese buildings and that serves as a basement for the Torre Littoria (or, as is more commonly known, the ‘Finger of Mussolini’). The main body is composed of a pre-existing building overlooking the square, and a 1930’s addition that was designed and built together with the tower, and that completed the block in the larger frame of the reconstruction of Via Roma during fascism. The project, now in its final phase of building, takes on the complete rethinking of the interior courtyard as well as of the common parts of the whole block, the renovation of the vertical distribution system of the tower and the design of the small public ‘piazzetta’ that is currently occupied by a newsstand and that will be rethought as a connection with the space of the main square. The project was the final outcome of a series of smaller interior interventions, followed by a feasibility study that, although it didn’t go to completion in the specific form it had been initially thought, allowed the clients to understand the potential of a complete repurposing of the building. Particularly, the requalification of the inner courtyard allowed for a valorization of the whole system of apartments that now overlook a hovering green terrace hiding the parking lot underneath. Through the redesign of all the common parts of the building, as well as the connection with the public space of the city, a new identity is achieved that merges the historical, the pre-modern and the contemporary. This project works as a main platform for the application of other projects developing the interior spaces of the apartments of both main blocks and tower. 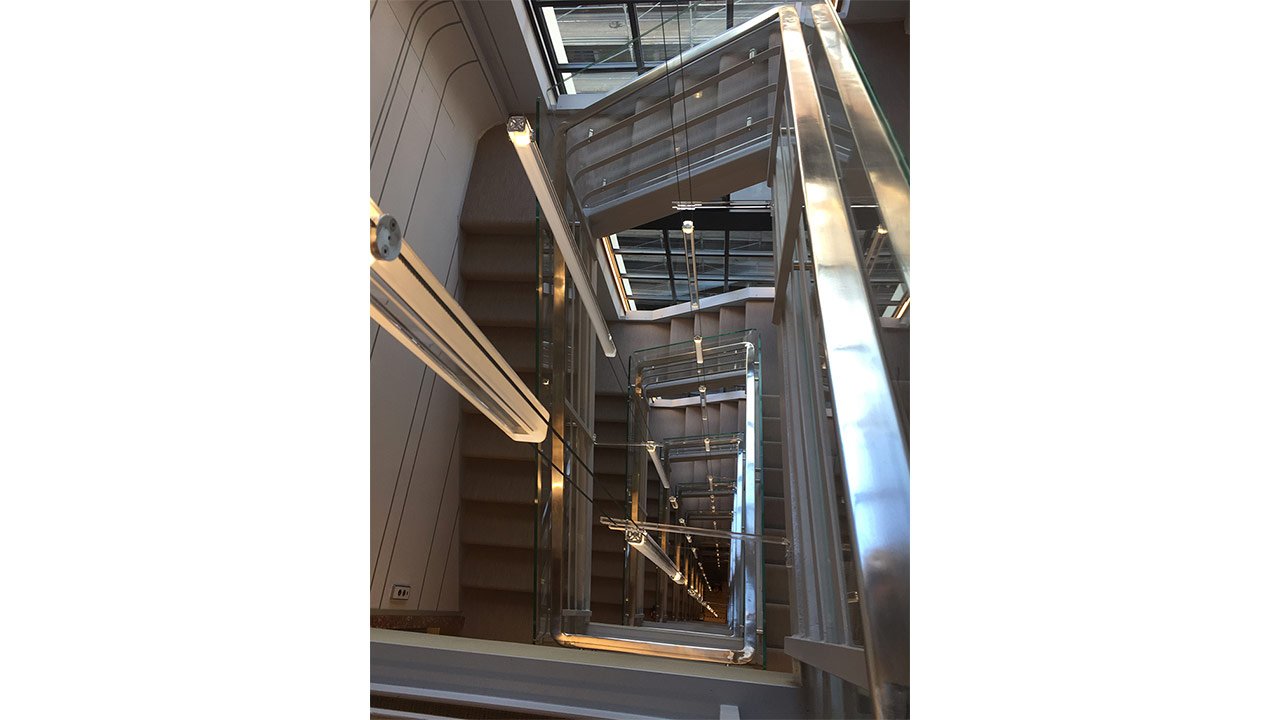 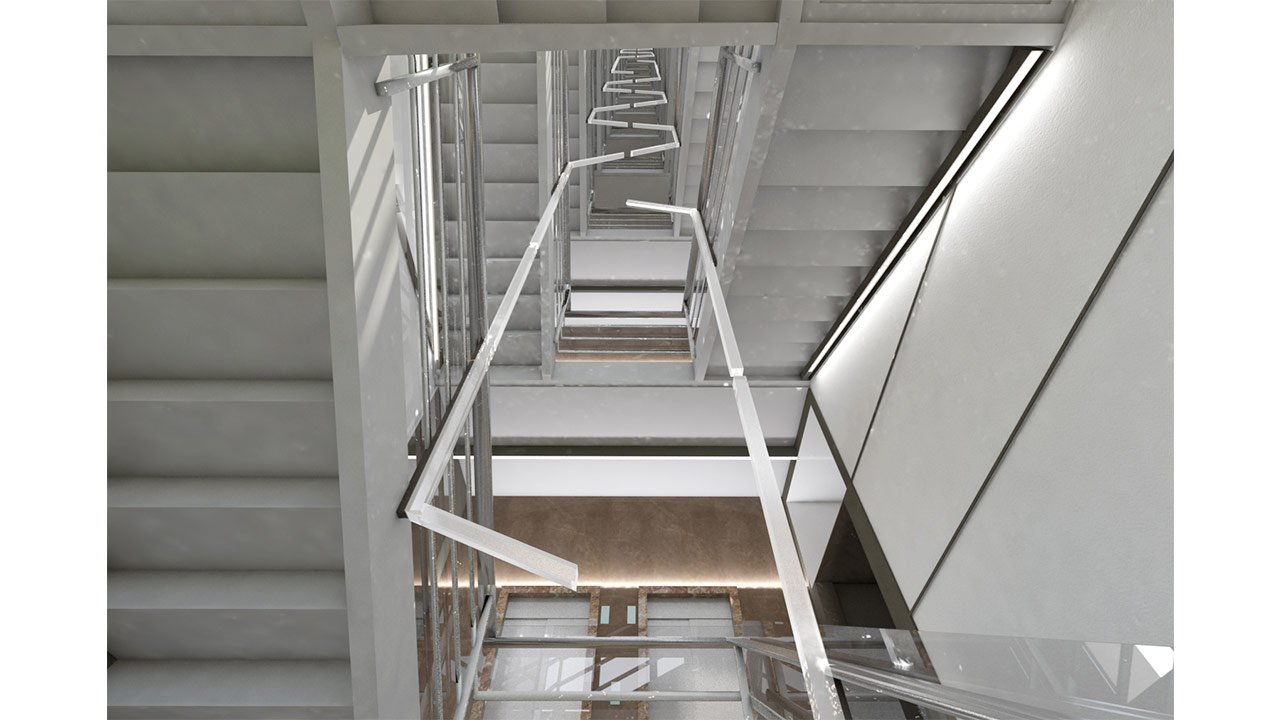 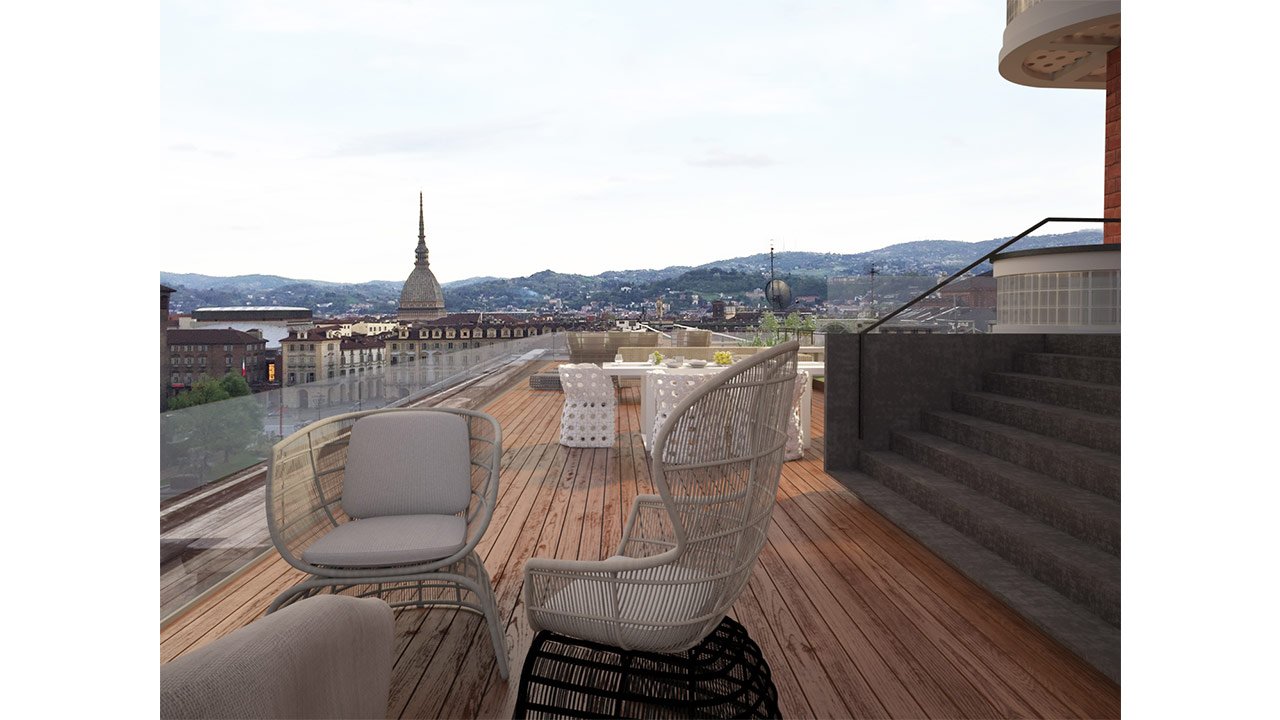 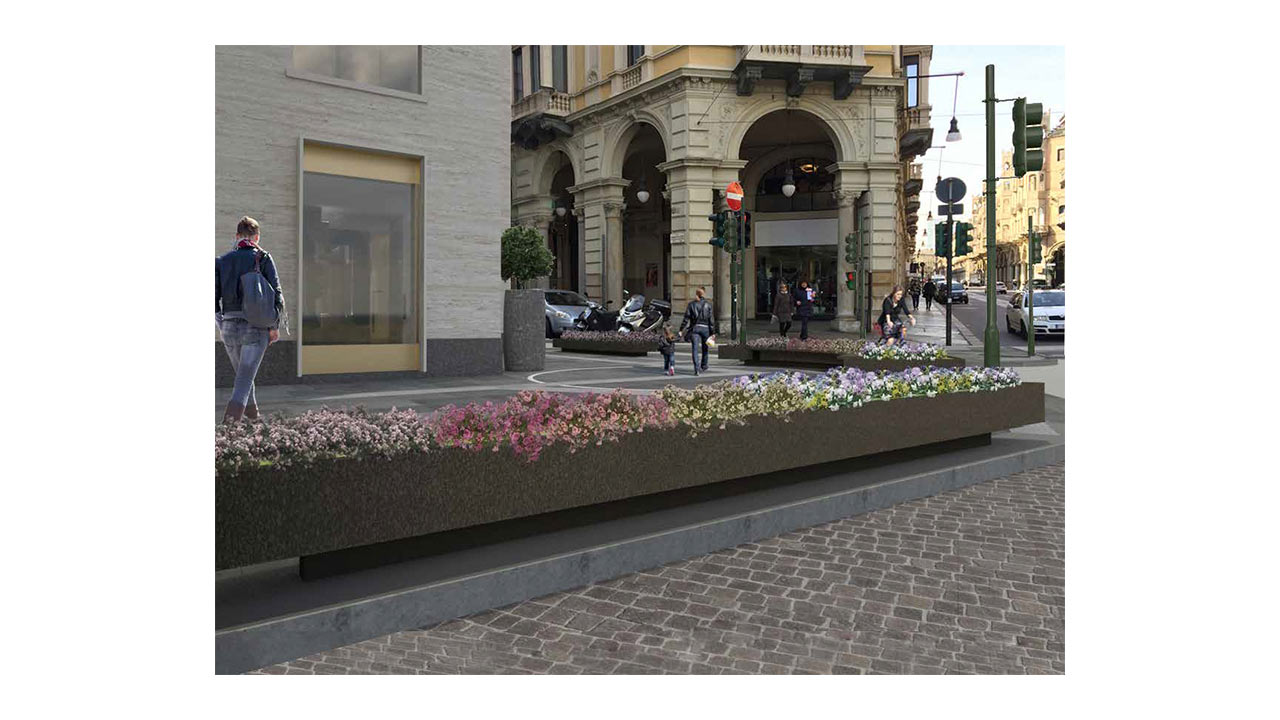 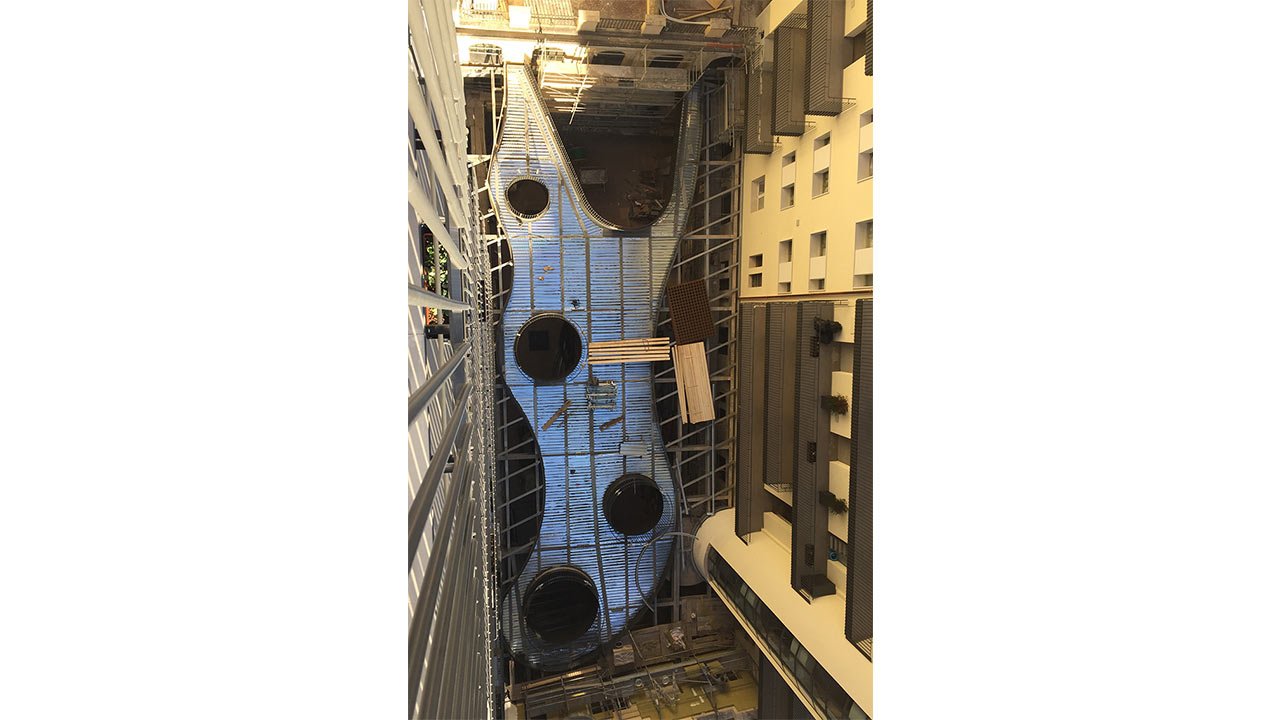 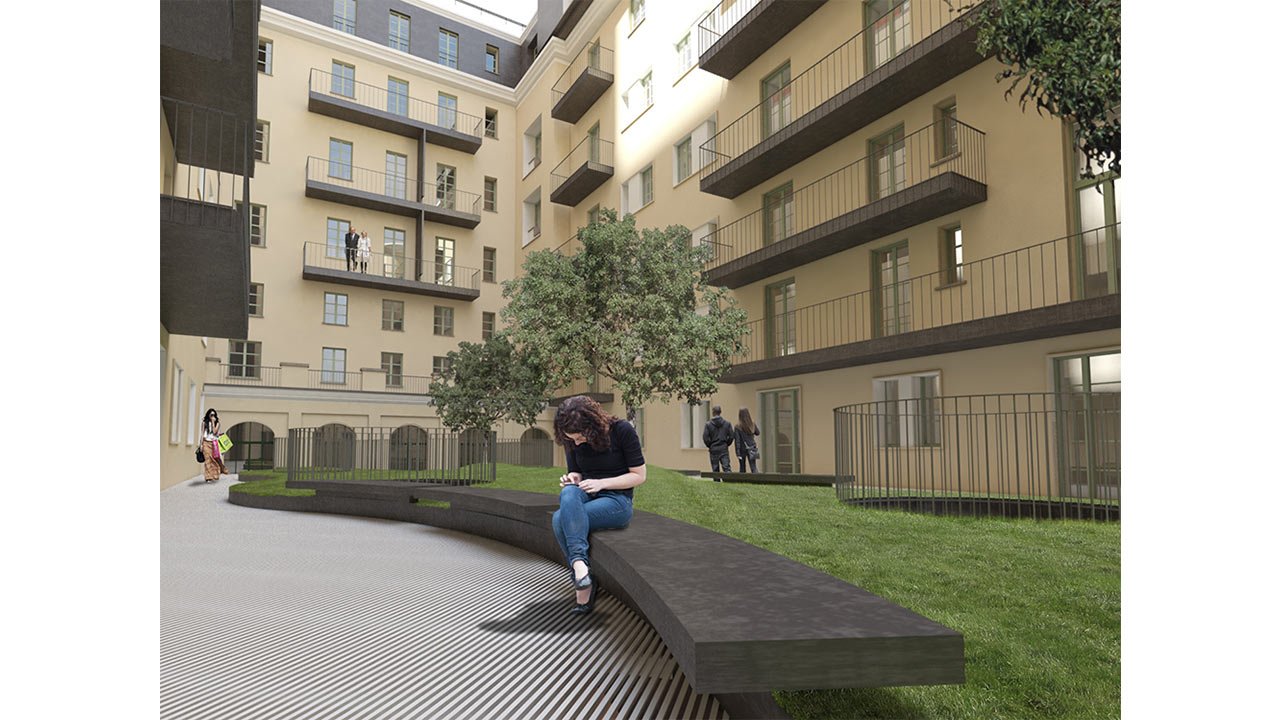 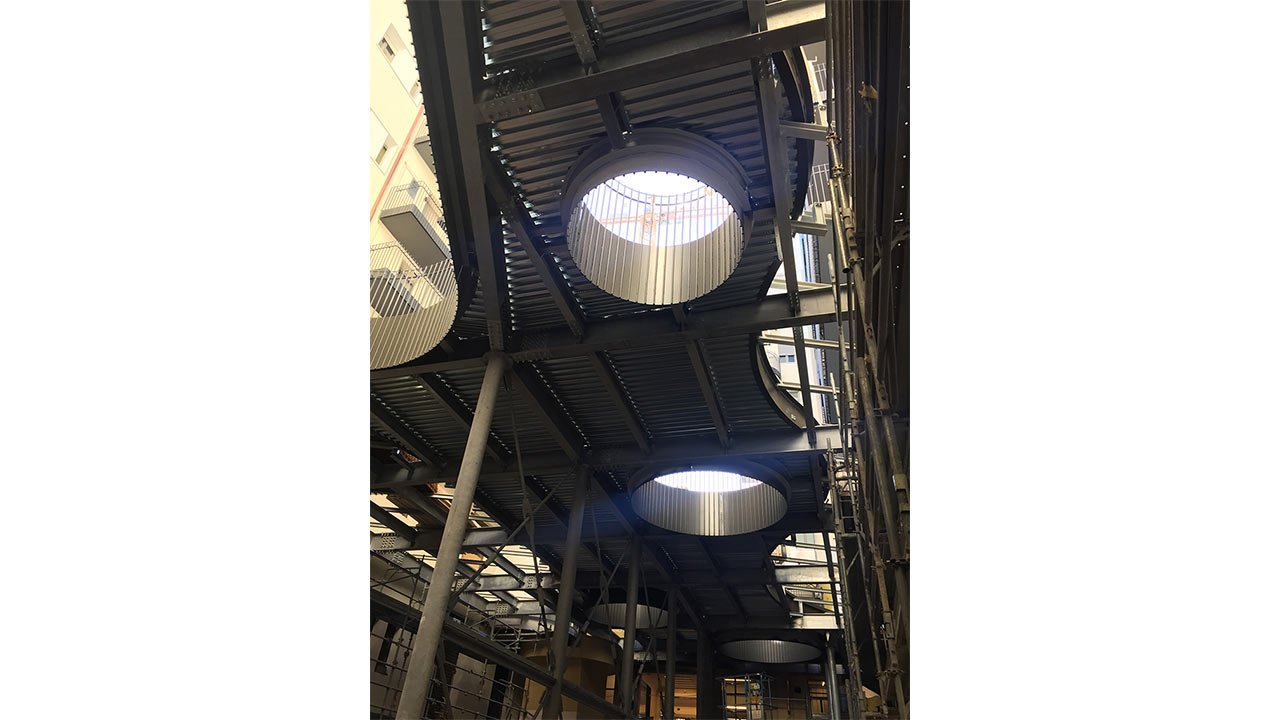 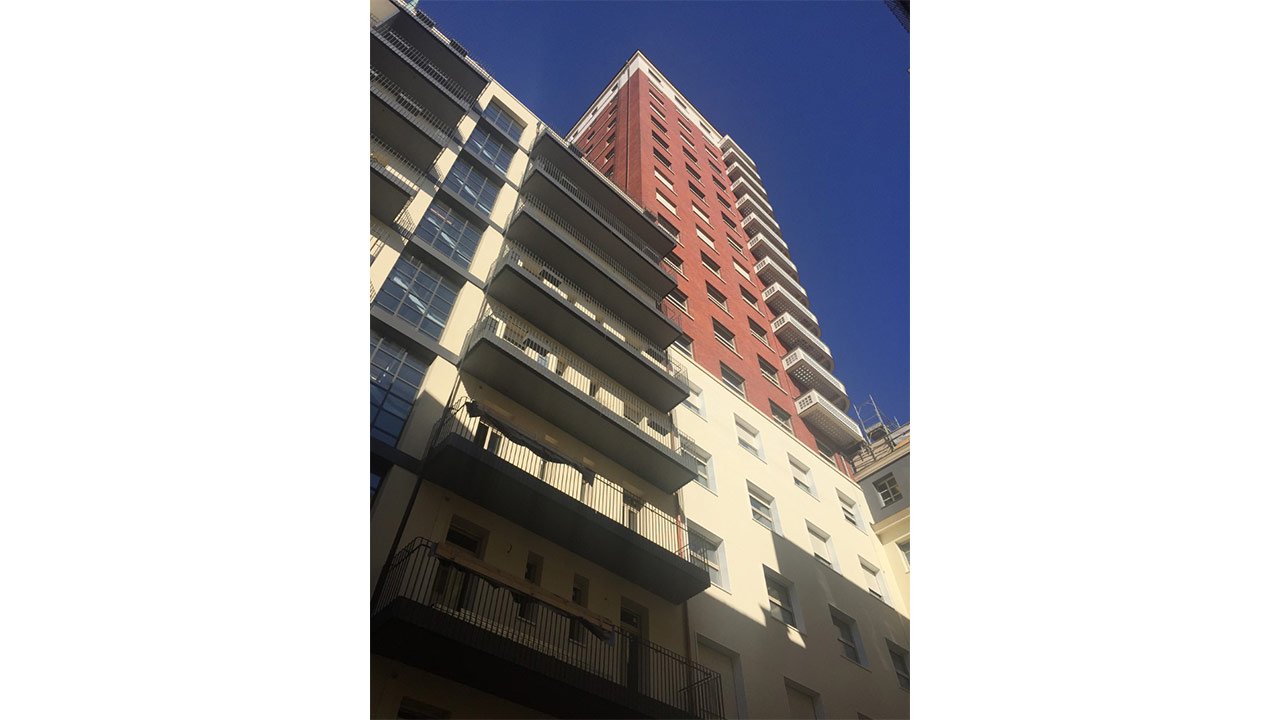