Before starting the restoration work, a thorough archival historical survey and an extensive stratigraphic campaign were carried out on the entire church. The data collected, not always easy to interpret, dated the last homologous decorative intervention around 1956 although there was no written record of this. The elaborate and valuable visible and historicized decorations articulated on dark grey tones and natural earth shadows, in consultation with the preservation bodies, were courageously removed to uncover the underlying Baroque decoration consisting of “lush yellow marmorini,” beige cornices and overhangs, and faux polychrome marbles that complemented works of the highest artistic and historical value now restored. Completing the work done was the restoration of the large 18th-century altarpieces by T.Grassi and A.Mari depicting excerpts from the life of St. Rocco, the altar by B.Vittone and the 17th-century statue by P.Botto depicting the saint. 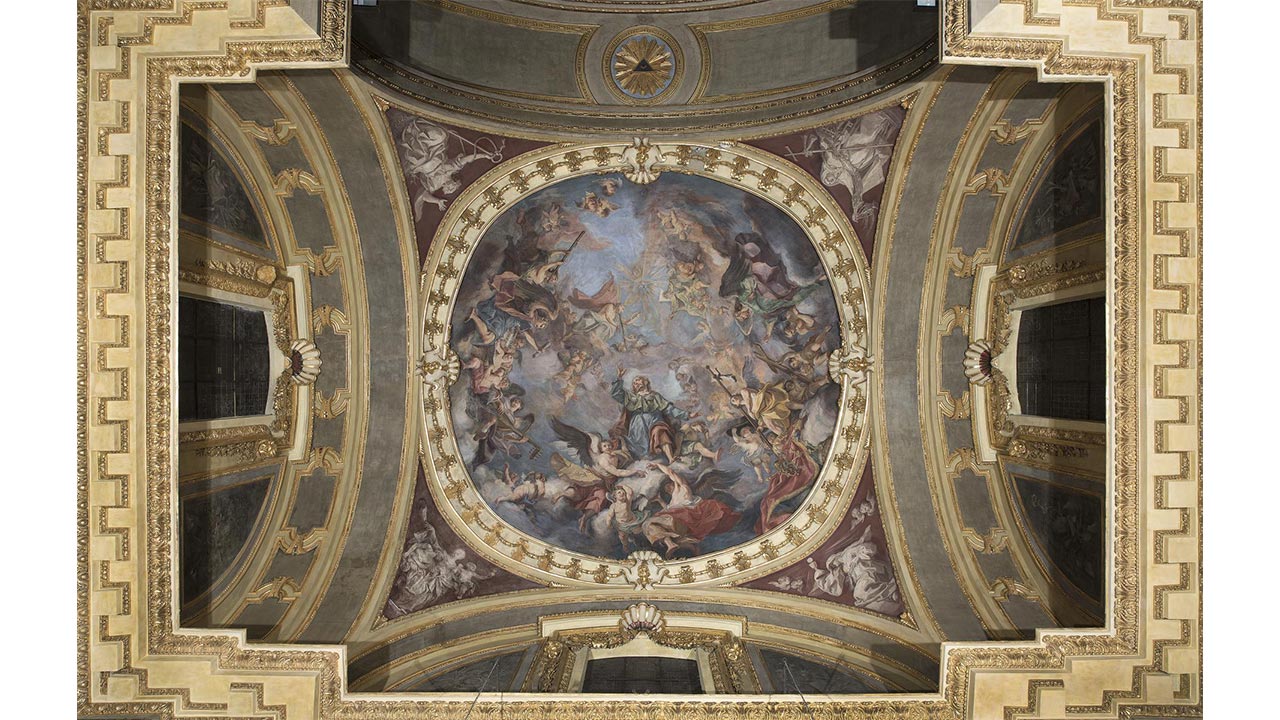 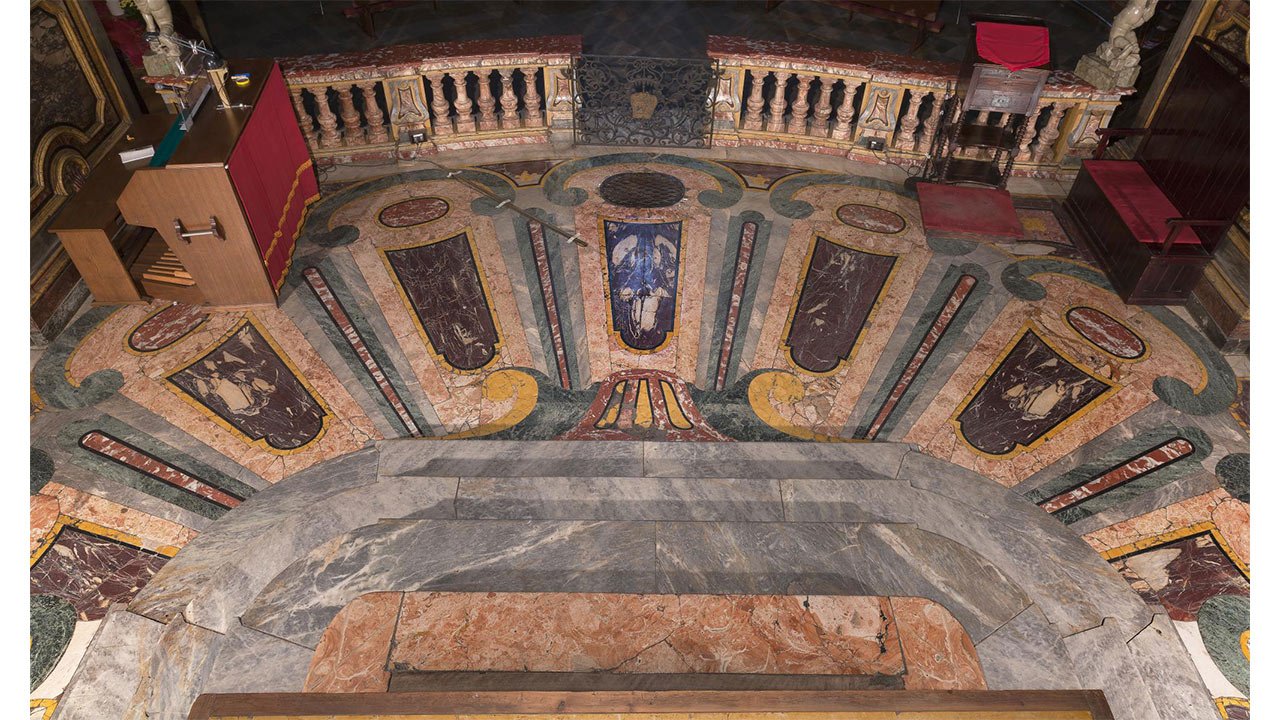 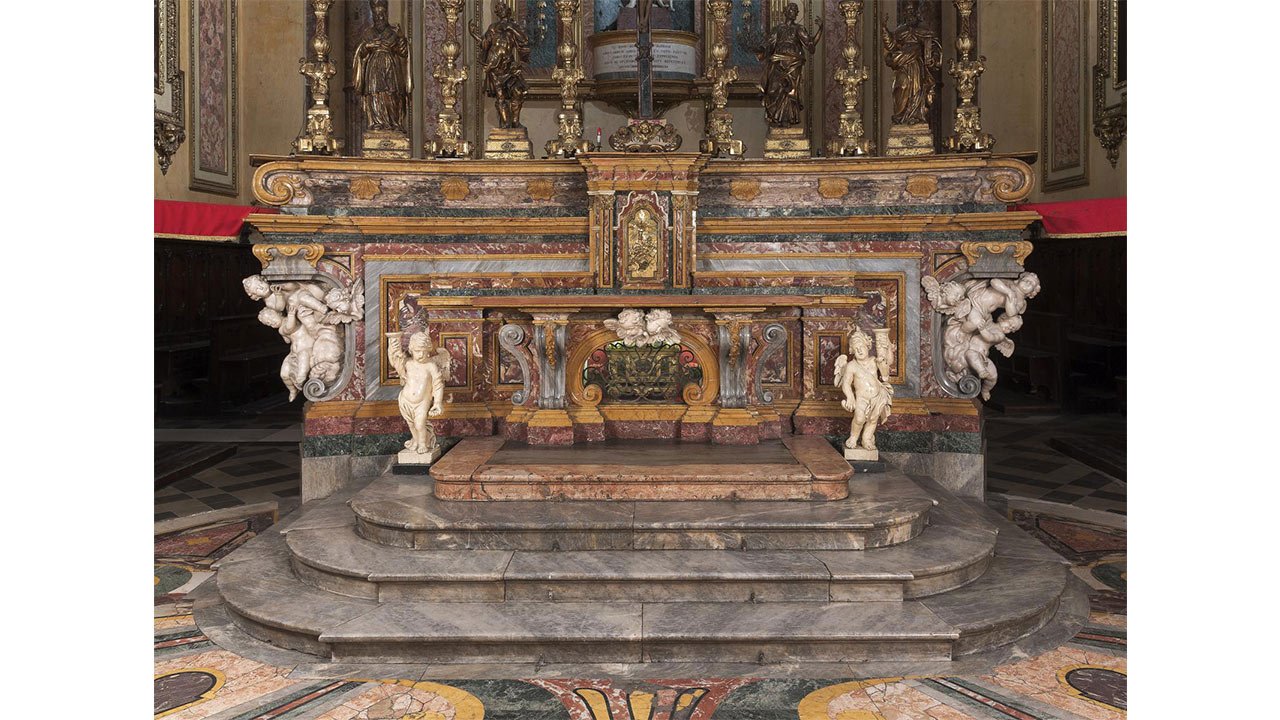 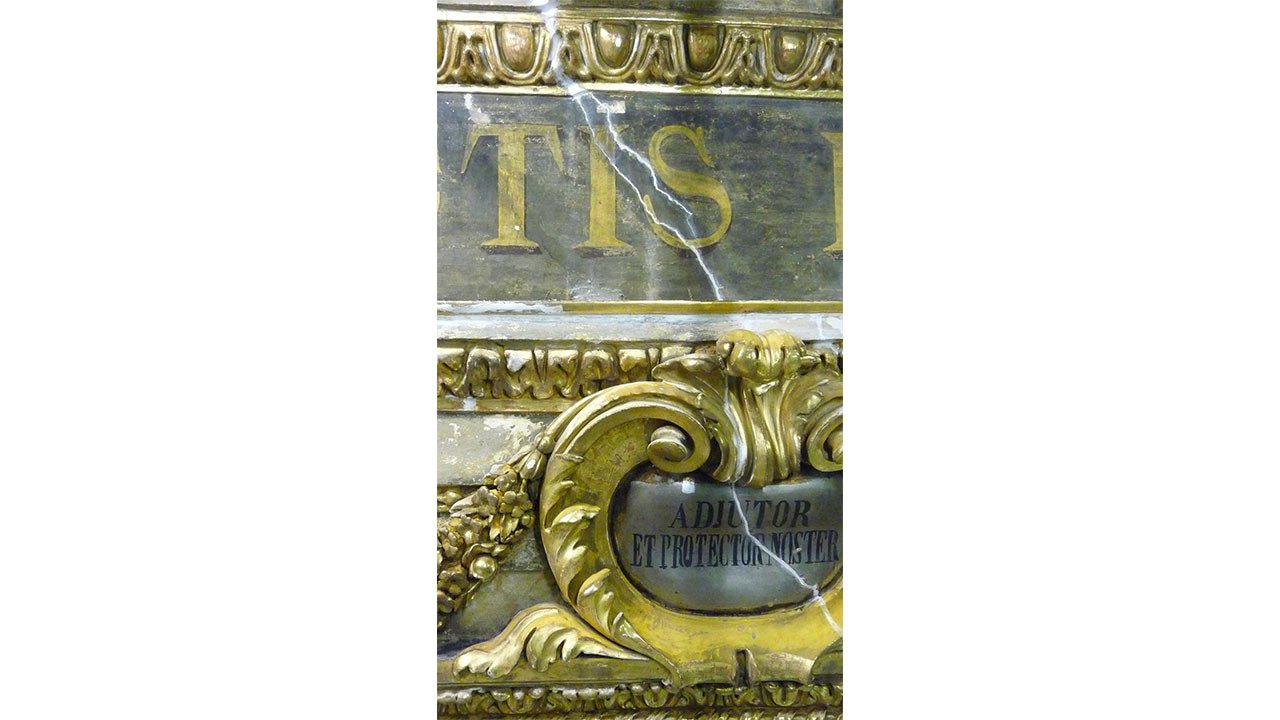 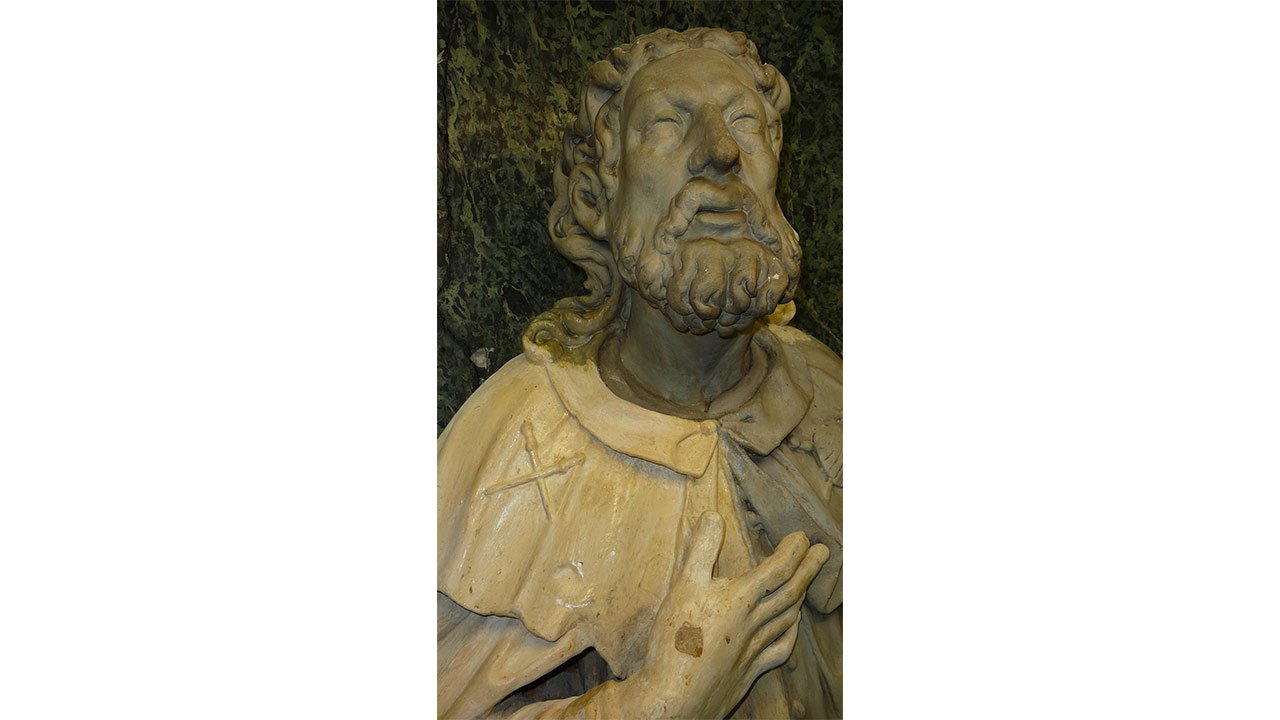 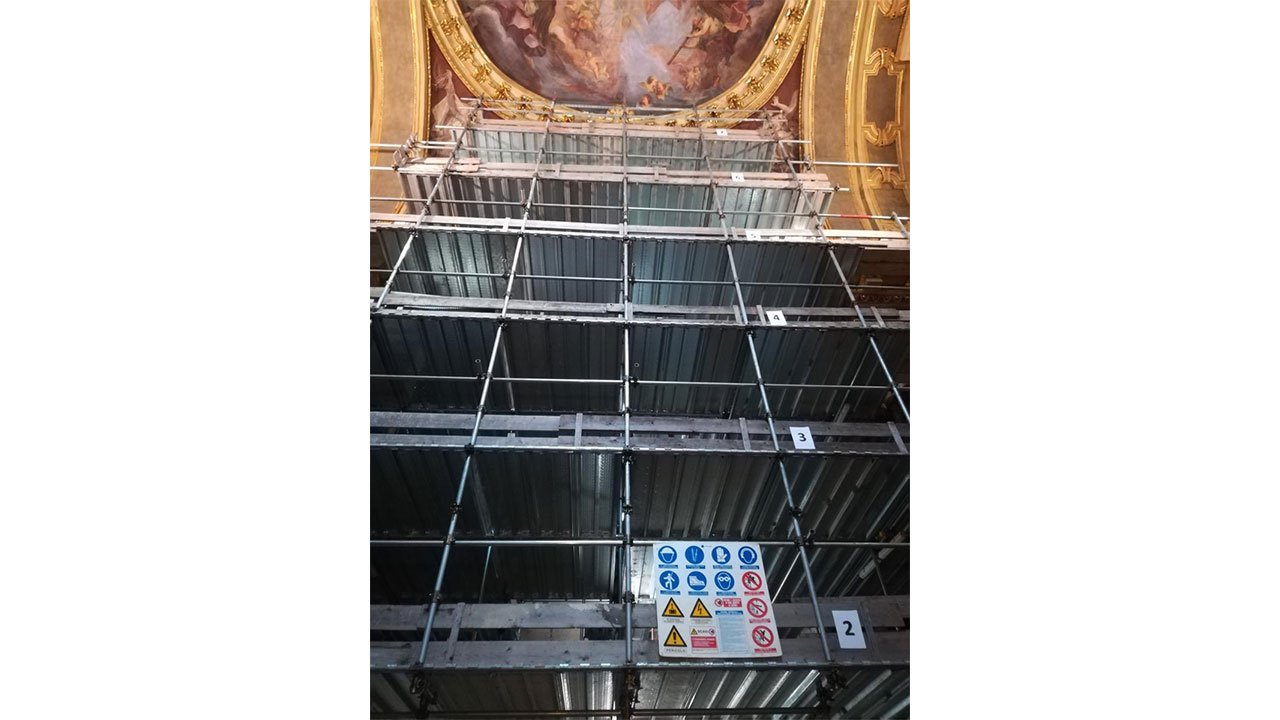 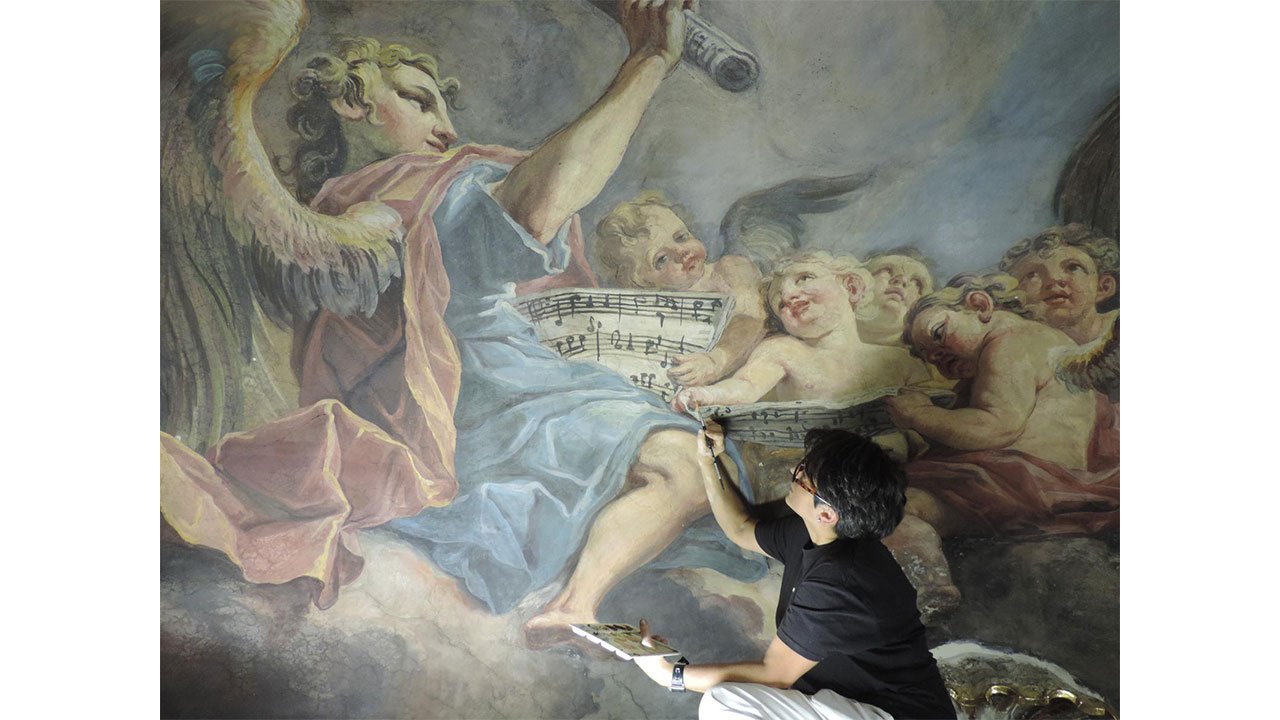 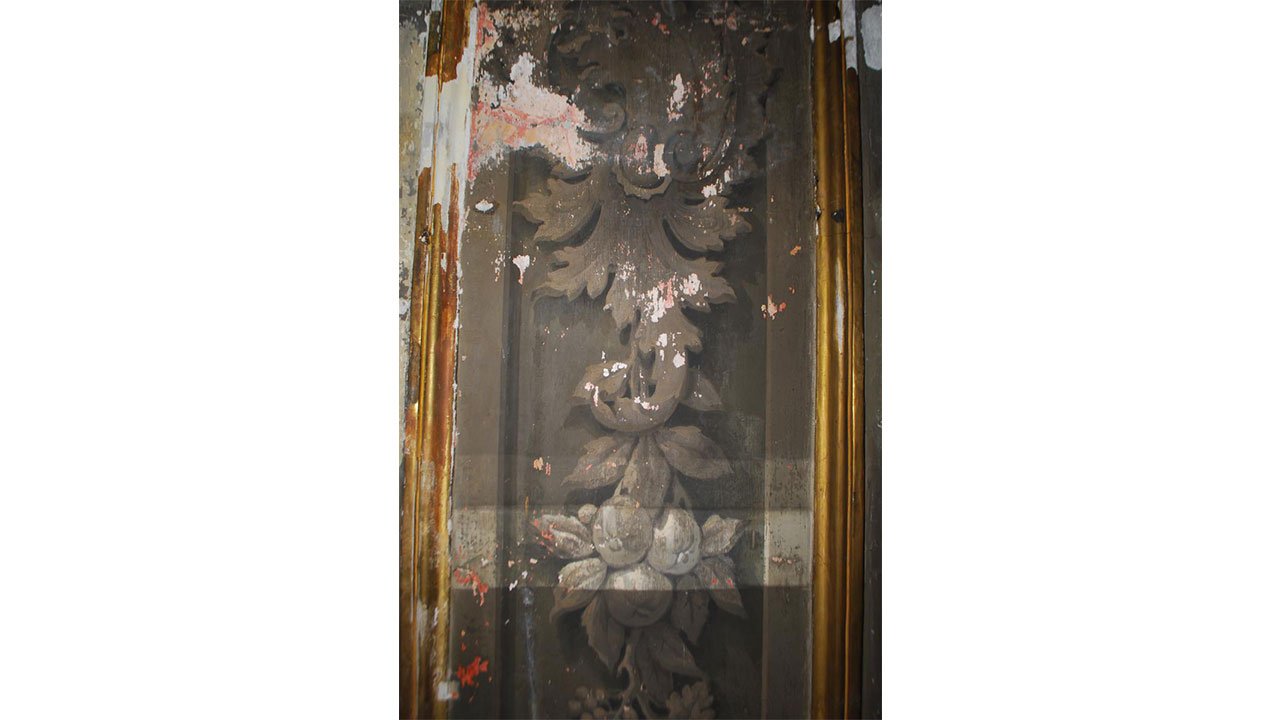