The recent expansion of the Sancassiano headquarters and factory, a company that produces high-tech industrial kneading machines since 1962.

The Sancassiano S. p. a. headquarters, located in Roddi, a small town in the north of Italy, in Piedmont, surrounded by the Langhe hills spectacular landscape, early became world leader in the production of industrial kneading machines and, in 2015, needed to expand.
The project composes the building into two separate parts: the first hosts company new technical offices, while the second includes expanded manufactoring area.
The first building is two floors regular prism shaped construction covered by a metallic shell structure in glass and steel. The structure is made partially transparent by grates and perforated sheets through which the industrial technologies appear visible from the outside.
The second building is where steel machines are created and developed. Production area walls are built by series of vertical prefabricated panels solving thermal insulation issues and soundproofing.
Voids allows direct light into internal spaces. The outer layer is made by self-supporting resistant and non-reflecting metal panels, with different exposure angles in order to create various shades of the façade. Openings for windows and doors are made on prefabricated panels.
A deep gash in the middle of the front façade cuts through the offices’ building and reaches the inside of the factory, bringing light and greenery. A glass bridge connects the two office areas at an intermediate height.
Photovoltaic panels are installed on the roof of the production area. The equipment is placed on the flat roof of the western side of the estate and therefore disguised by the metallic panels.
The constuction technologies employed reduce heat loss and provide comfort to internal spaces. The entire new building has turned into a productive machine: it communicates the sense of complexity, cleanness and efficiency of the structure and the machines produced by the Company.
The keywords for this project are: innovation, identity, efficiency, research. 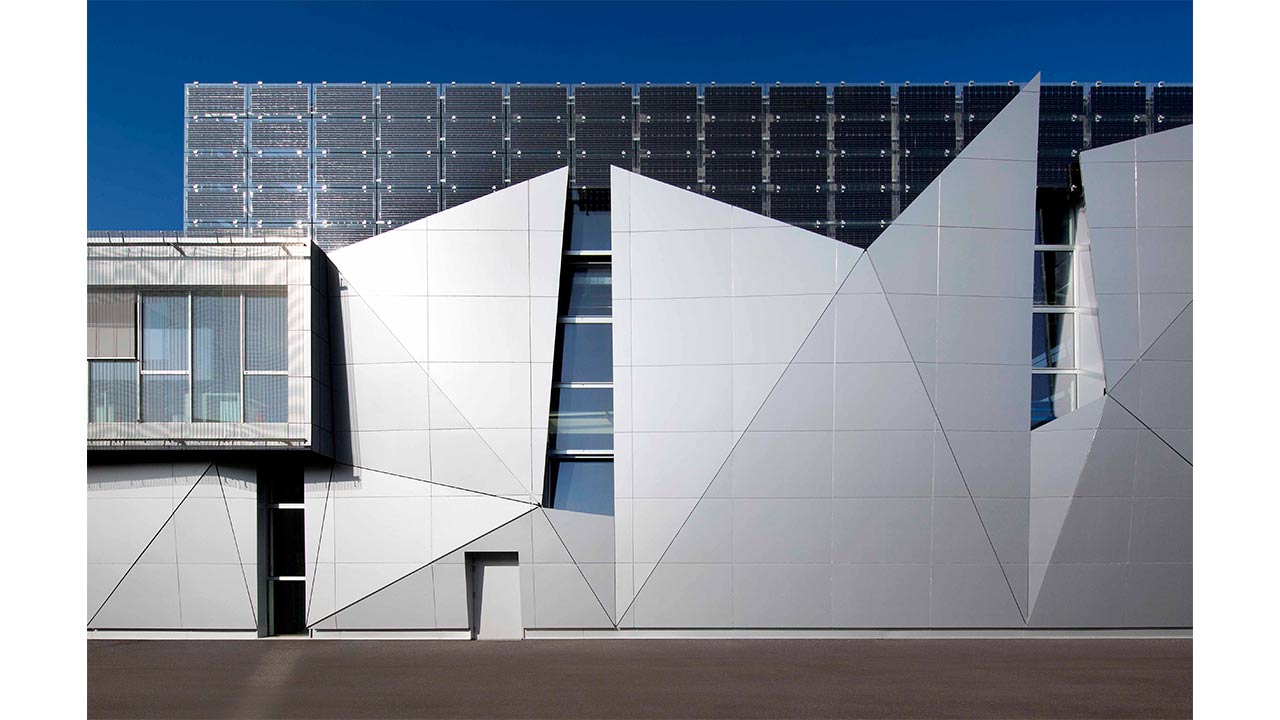 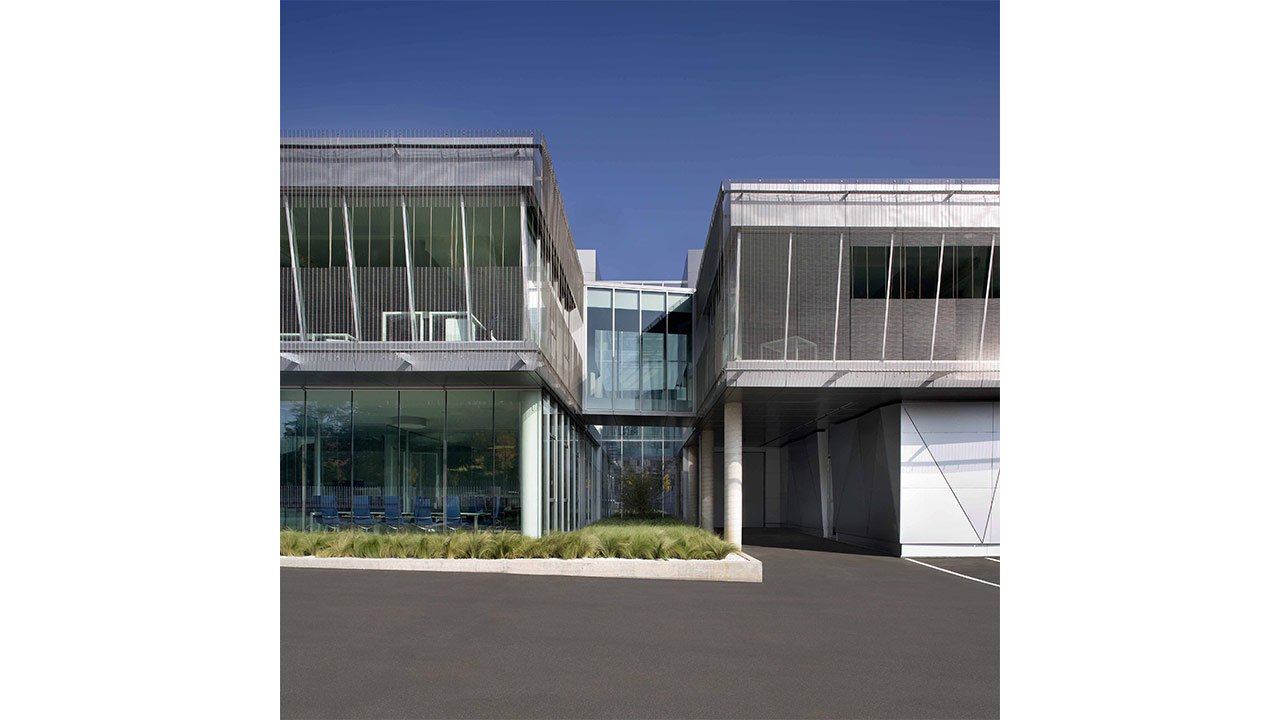 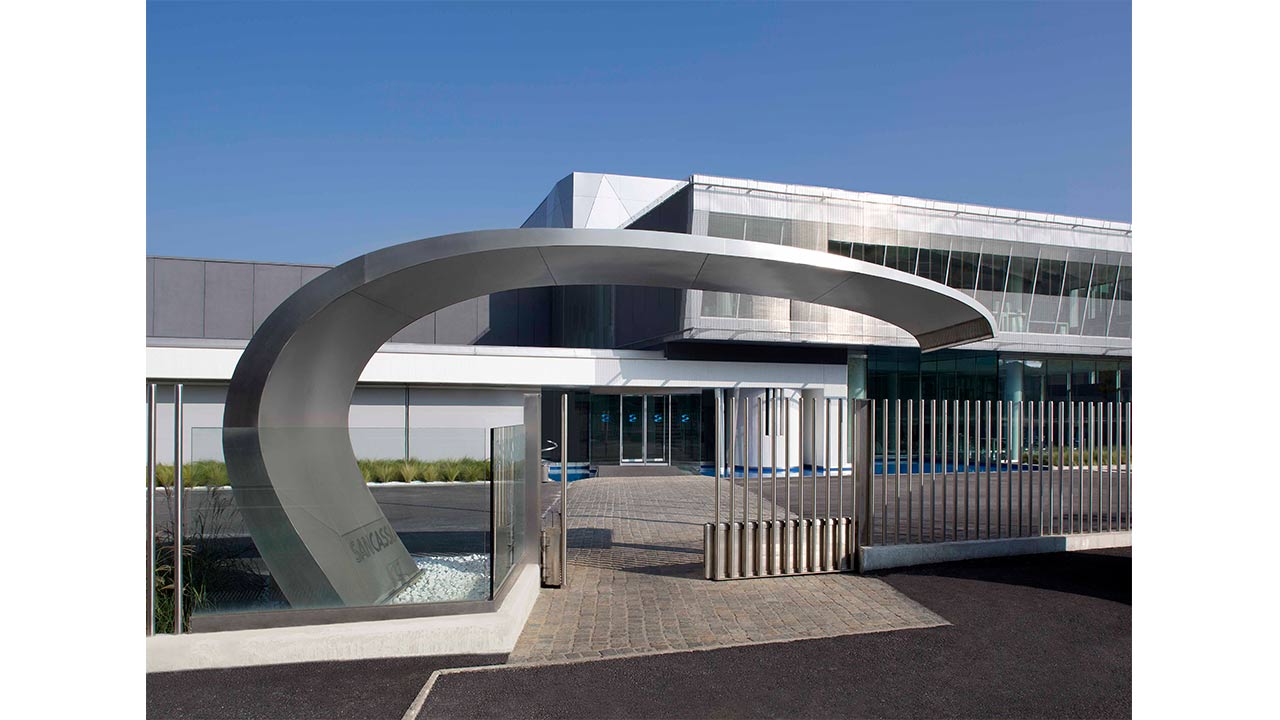 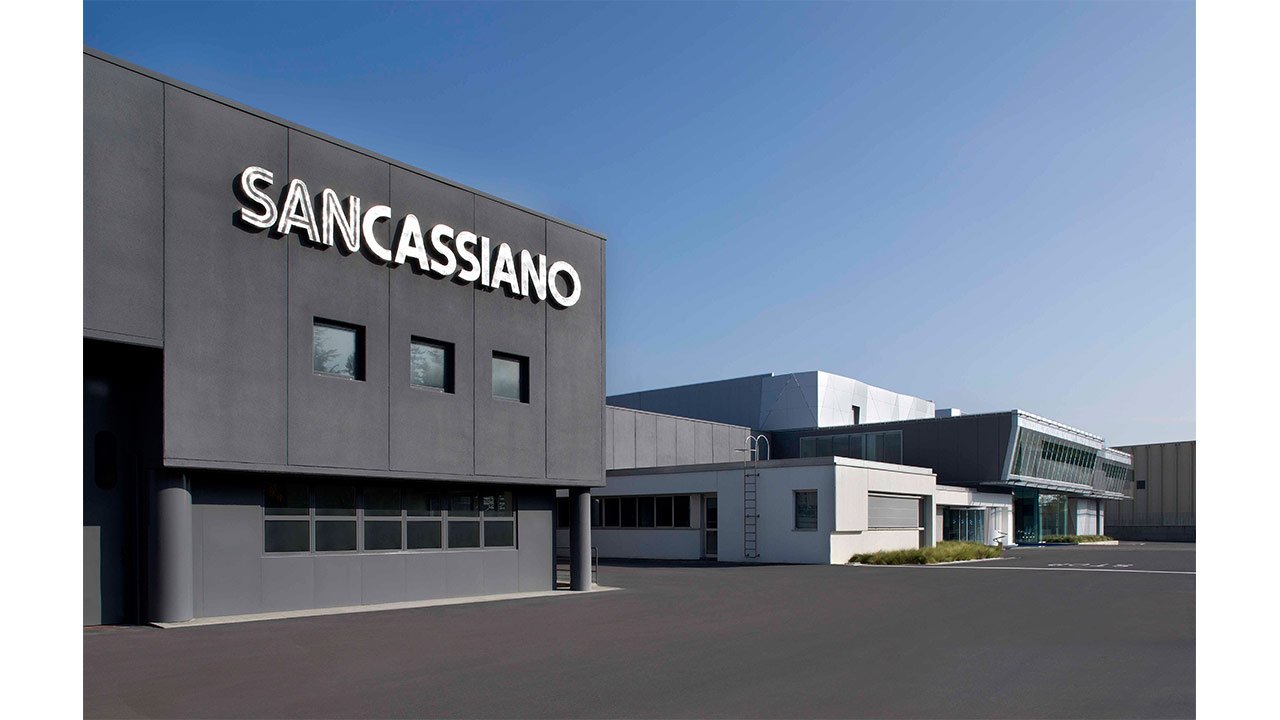 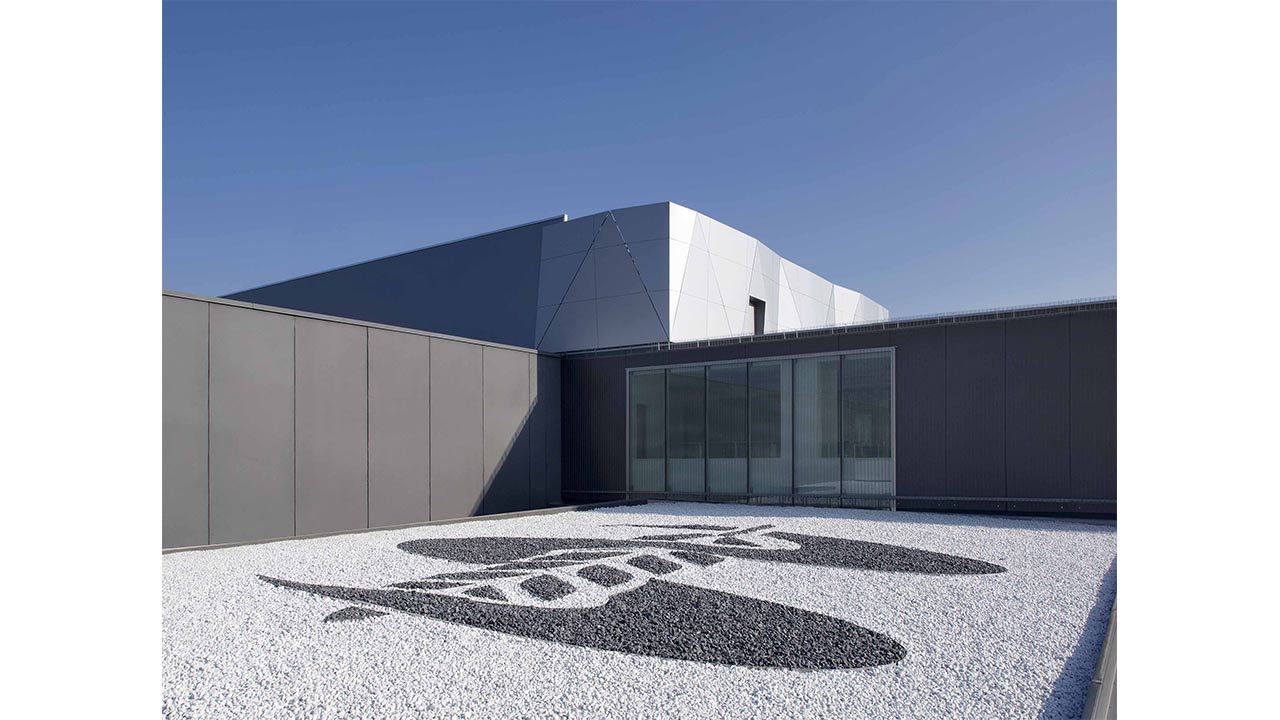 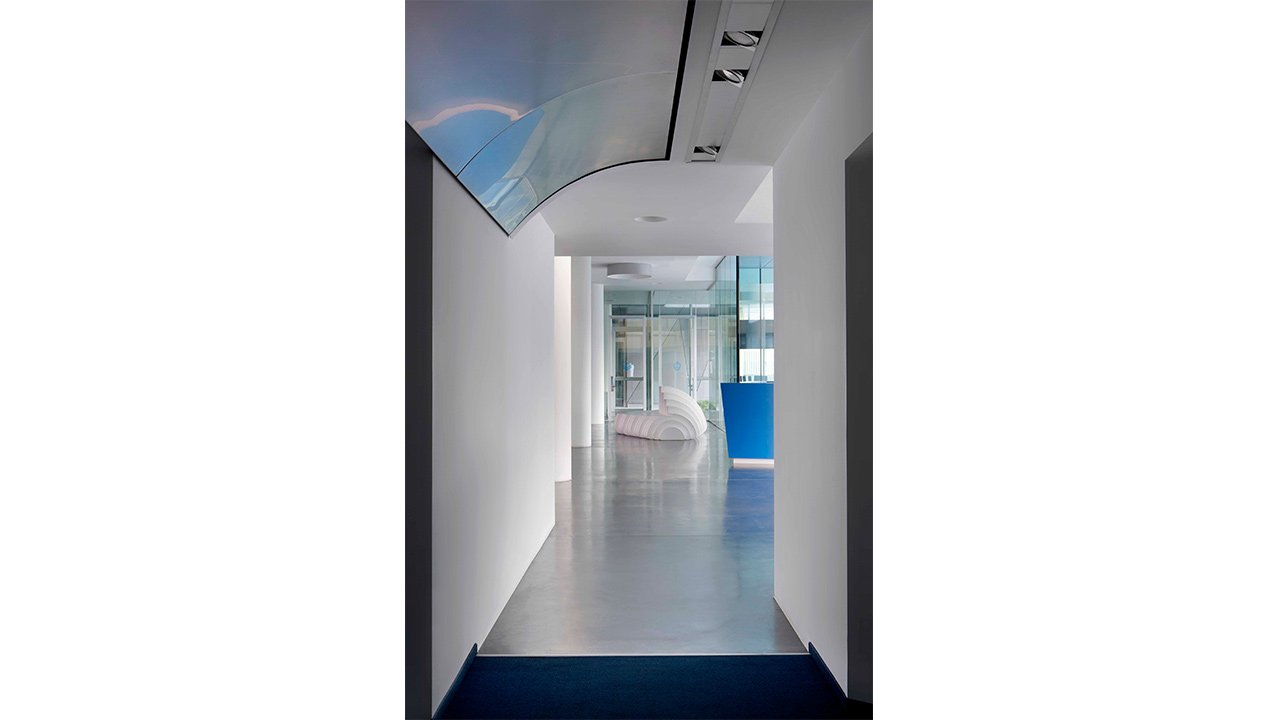 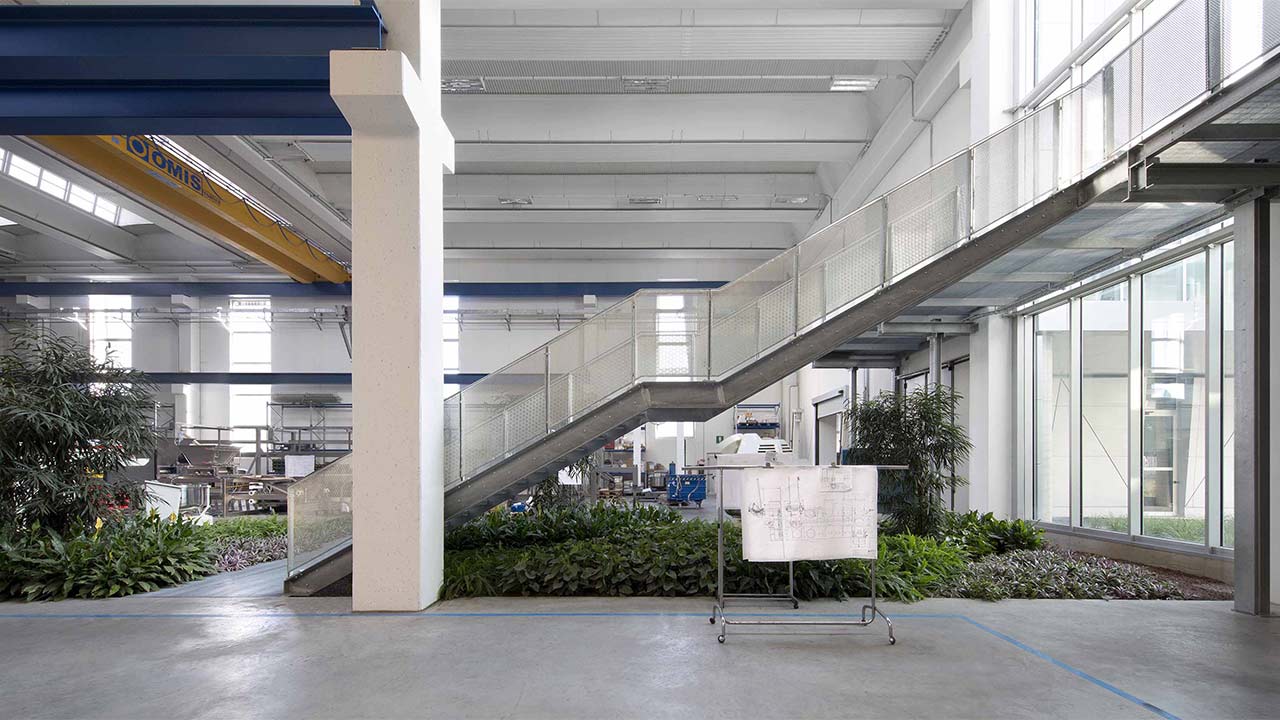 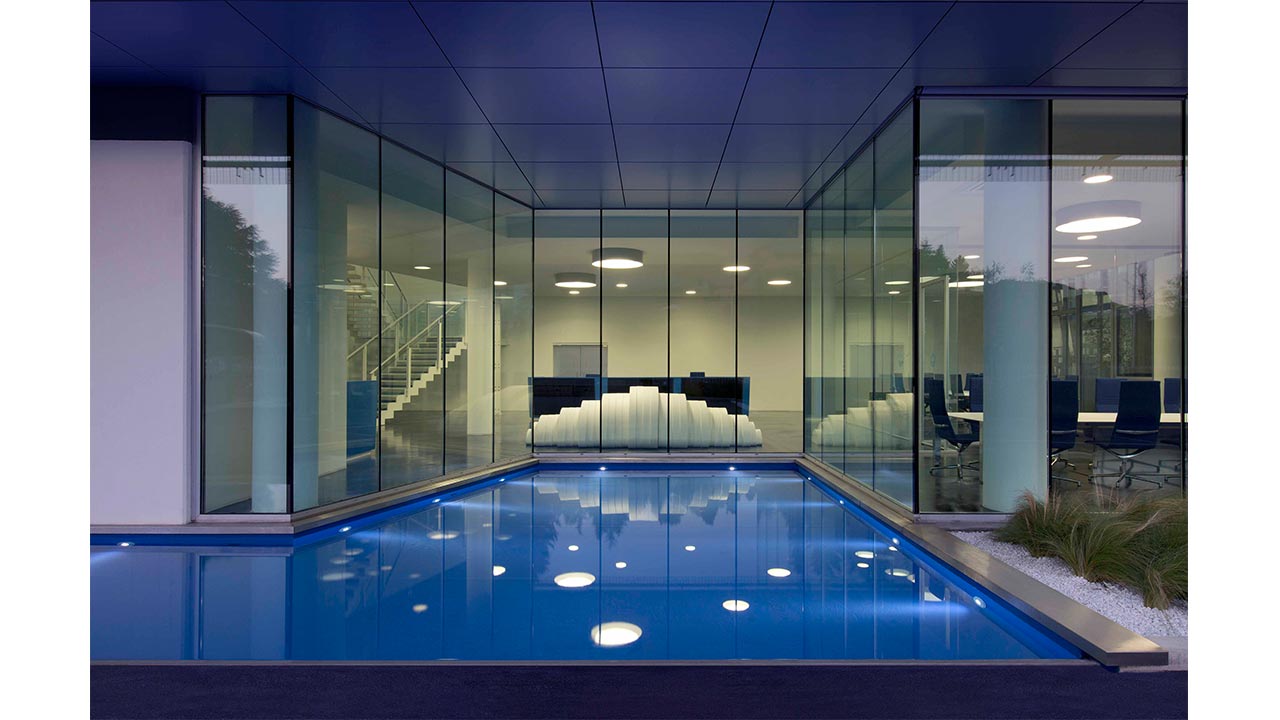 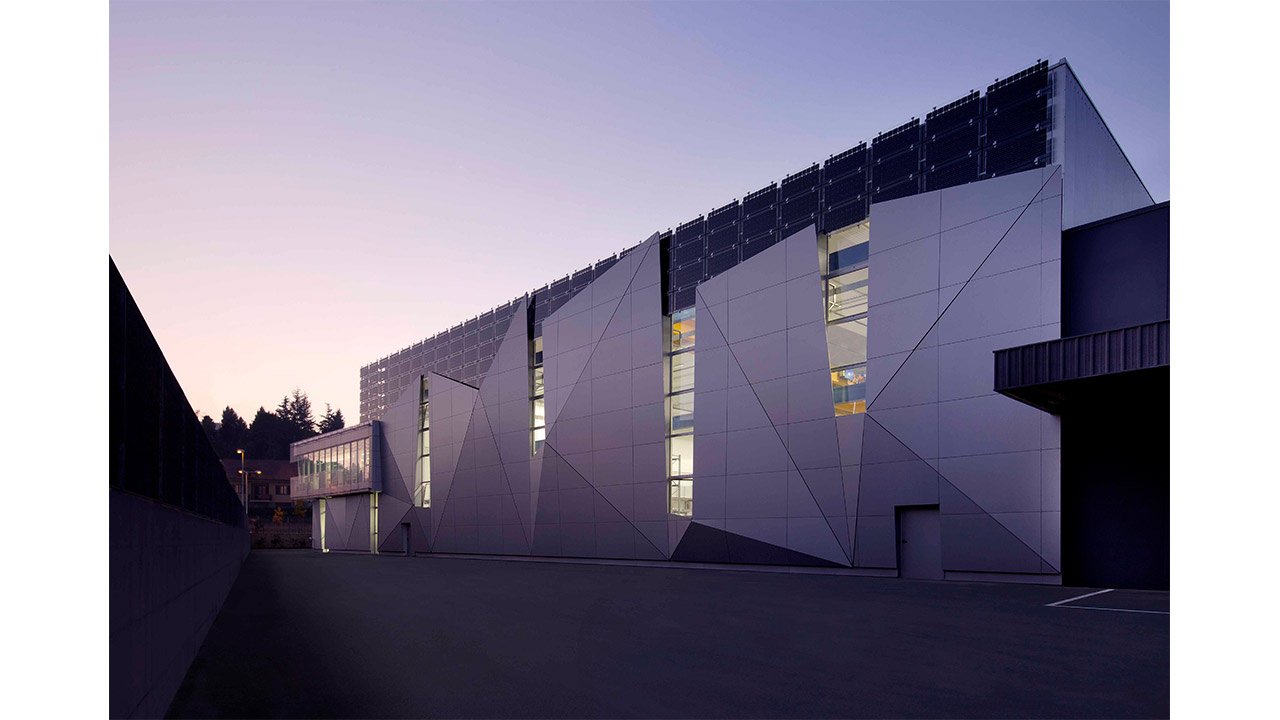 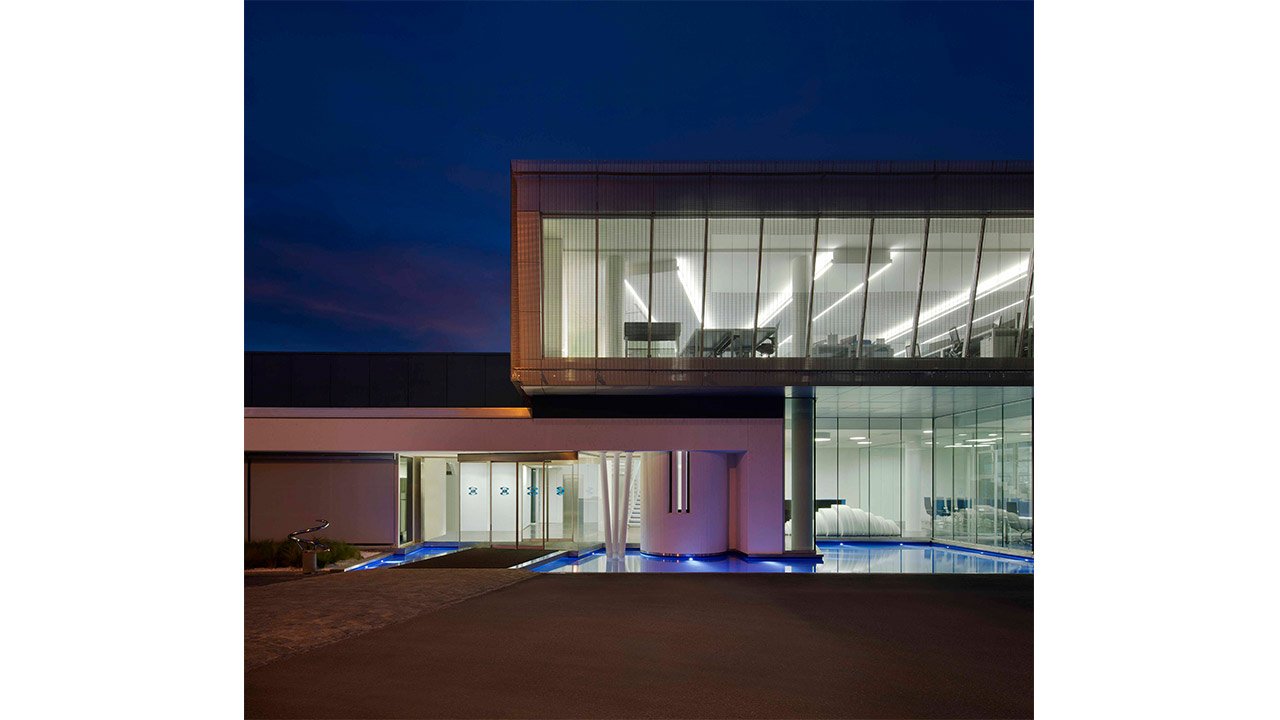 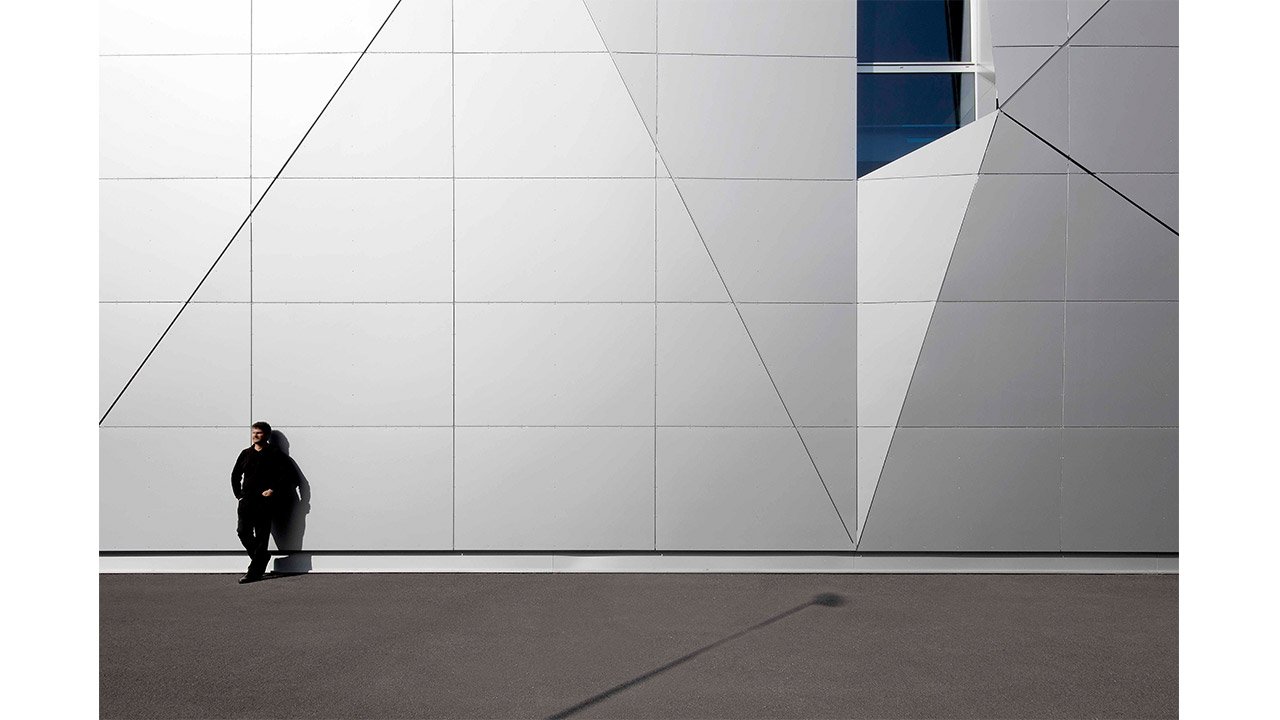 Paolo Dellapiana
All the works designed by Archicura seem somehow connected by an almost invisible thread, or even a common approach shared by PAOLO DELLAPIANA and collaborators, who constantly present new, different and unexpected projects and results. The core of their architectural aims, and the constant focus of their attention is the emotional factor which every building can and should  have towards its users. This is the key element that contributes to the physical and mental wellness that a construction should always provide through its shape, the materials of which it is made, its function and relationship with the surrounding environment.  This allows them to escape being labelled into categories, and turns their work into something quite atypical that cannot easily  be constrained into simple descriptions, “schools of thought” or trends. Since 1994, this philosophy has inspired many projects that have allowed the architects to experiment in all the different areas of design, thus constantly making delicate, meaningful and poetic statements that have always been clear and sharp. Archicura manages projects on all different scales of construction: from interior design to big scale factories. The fields of intervention are: residential, industrial and hospitality. They work with public and private clients. They use BIM tecnology since 1996 (.IFC format) Paolo Dellapiana and his collaborators graduated at Politecnico di Torino. All of them studied and had experiences abroad too (Spain, Brazil, France, United States and China).
http://www.archicura.it
Previous Article
Topcon Agriculture headquarter with “treasure chamber”
Next Article
Visiera House