This building won the nomination for “The Aga Khan Award for Architecture” in 2004.

A cloth buffeted by the wind that blows where the desert meets the sea. This building is the entranceway for the production area of the Yanbu cement factory, in Saudi Arabia. It plays host to the offices of the security staff and the check point. Together with the control tower and the administration block, it forms part of a group of buildings defined by the client as “showcases”, intended to indicate the location, within the immense production zone, of the offices of the employees and those of the owners, and the place where visitors and clients are welcomed to the plant. These structures are differentiated from the other industrial buildings in the complex due to their human scale, within what is a gigantic, robot-controlled cement works. Specifically, everyone entering the site has to pass through the Main Gate; as such, it provides the welcome to, and serves as the symbol of, the entire complex. The objective of the project was to tap, in architectural terms, some of the expressive potential of cement, through the deployment of technologies both standard and unusual. With this building, the idea was to free the material of its own weight, designing an entranceway that seems like a cloth buffeted by the wind, under which people can pass to access the various parts of the site. The thin-shell concrete technique is here used to produce this image, affording great freedom of expression and formal composition – achieved thanks also to computer- aided design (CAD) and structural analysis. This technology (also known as ferrocement) makes it possible to avoid entirely the requirement for formworks (which in this case would be extremely expensive), thus bringing construction costs down to acceptable levels. The designed shape – a cloth blown by the wind – is supported and moulded by the thin-shell concrete, in a position that looks very much like a snapshot. This single surface is transformed from a wall into a roof in one fell swoop, enclosing both an imaginary tower, visible from far off and illuminated at night like a lighthouse, and the facilities of the security staff. This little building, which offers a warm welcome to visitors to the plant, invites those passing through it to give free rein to their creativity, and to take modern-day technology to its furthest extreme in order to express their thoughts by means of architecture and to communicate those ideas with tremendous simplicity to other people. 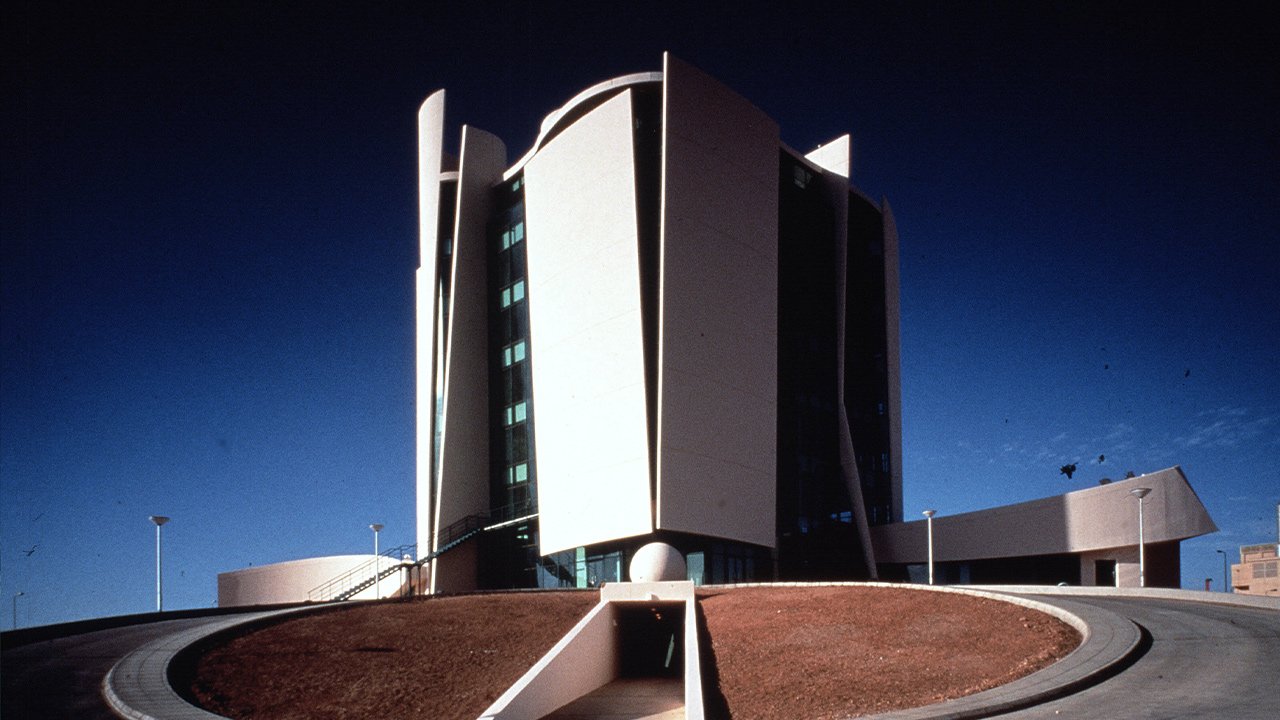 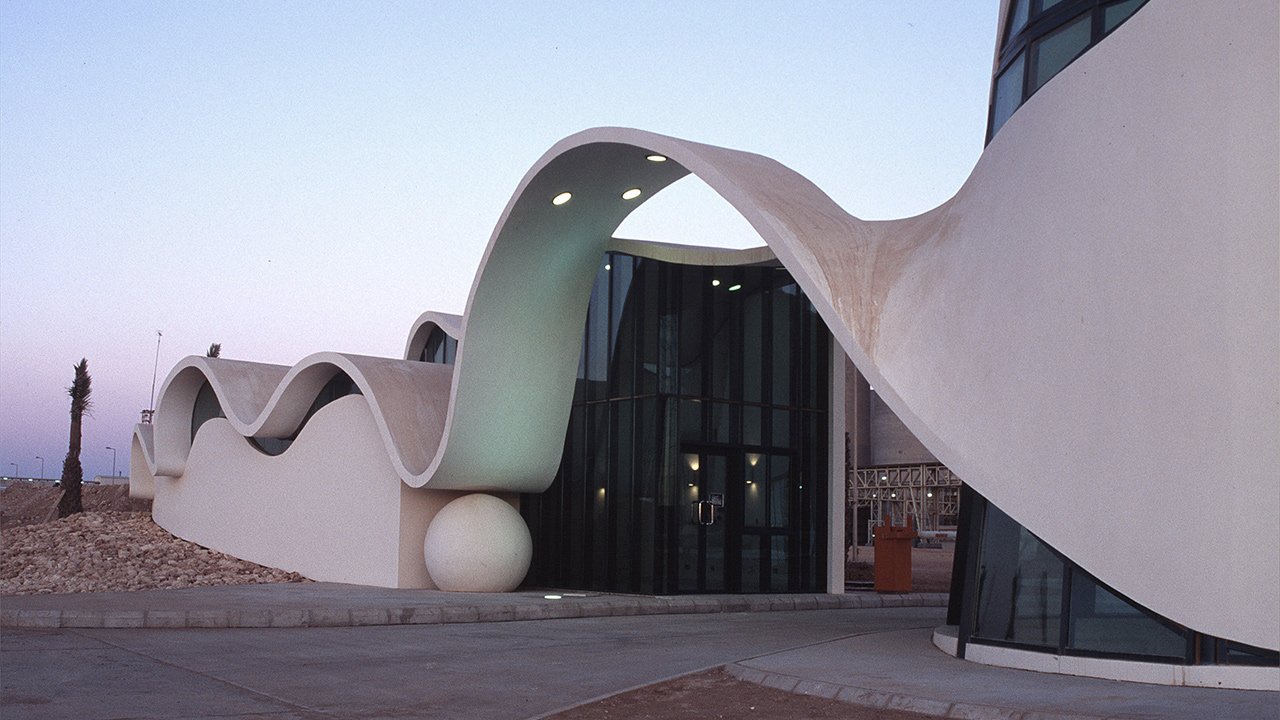 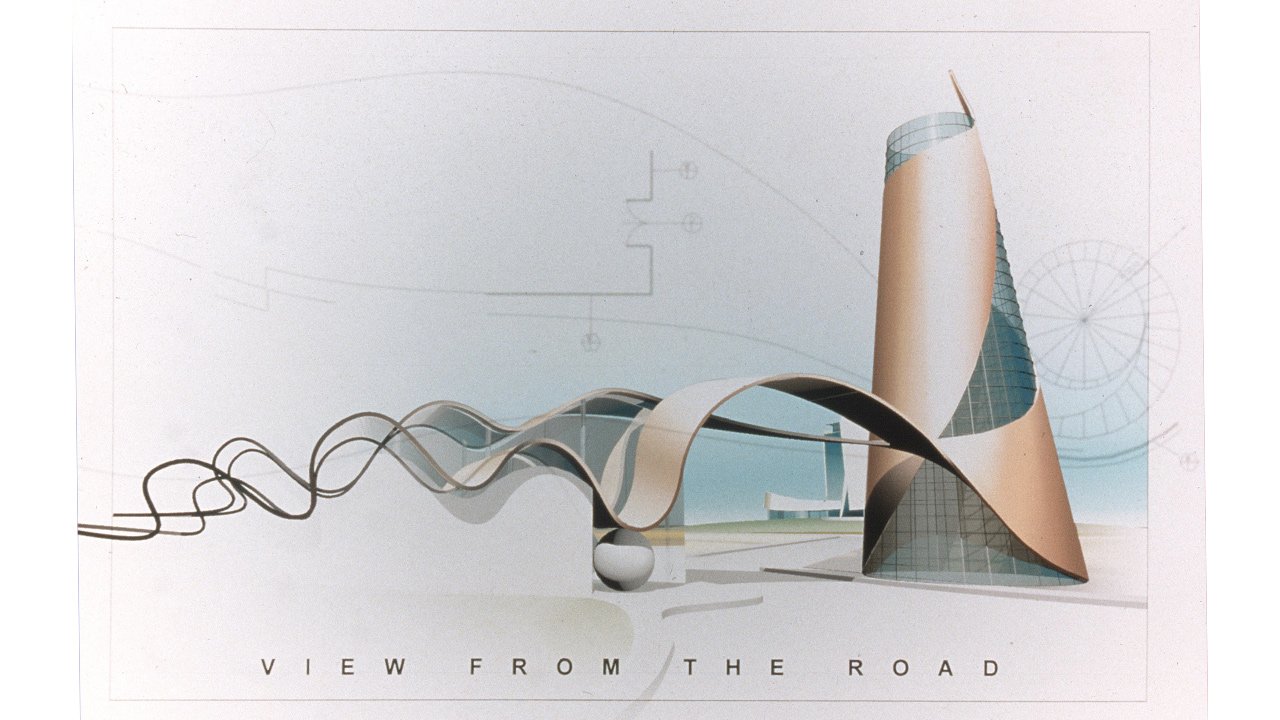 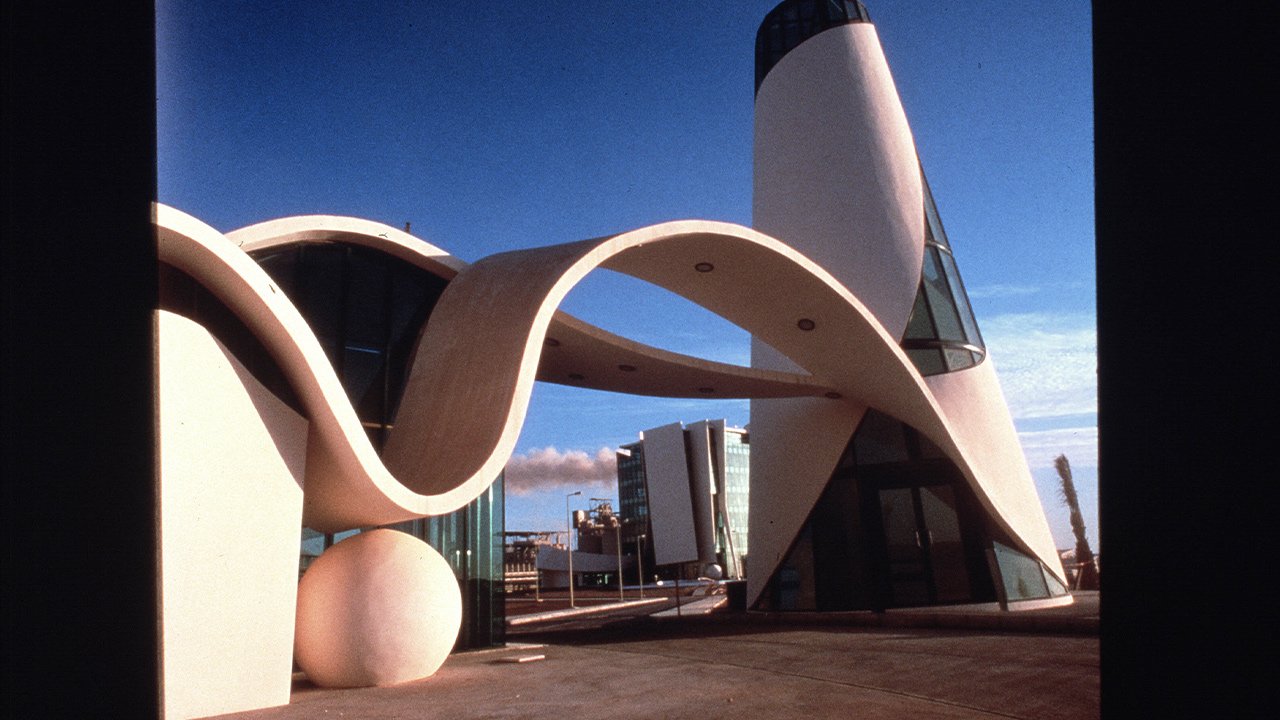 Studio65
Degree in Architecture at Politecnico of Turin on 1969. Specialization on radical design on furniture design and ID complete design.
http://www.studio65.eu